WHERE ARE WE? Pahrump, Nevada
NEXT DESTINATION? Maybe Telephone Cove
I got some more projects done this morning.  I am including some boring pictures of the fixes just for a reminder of the date I did them.  It was a nice warm morning again after a cool windy day yesterday.  First project was to fix the door.  The Ponderosa is getting old, 20 years old, so we are finding some things that are just plain old wearing out.  Other things need to be tightened and re-aligned.  That is the case with the door.  The screws have come loose and the top is out of line so it doesn't shut right and sometimes the lock is hard to operate.  After changing out some of the screws and giving it a little love tap with the hammer, things fell into line and I'm sure we are good for another 20 years. 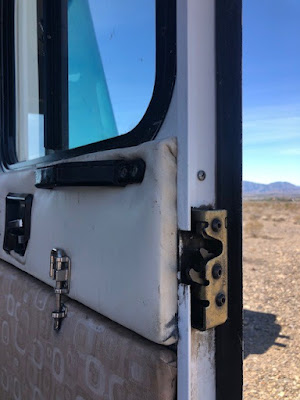 Next project was to fix a leak that has developed in our grey water tank.  Once again this is probably an age problem because we have bounced down a lot of roads, and at some point a weak spot has to show up.  It was hard to tell the exact cause of the leak but I know within a half inch, where it is.  So I cleaned it all up and shoved to camera in there to see what we could see.  Not much.  You can see by the picture that we are starting to see rust from being near the ocean.  Will that stop me from going there?  Not for a minute!!! 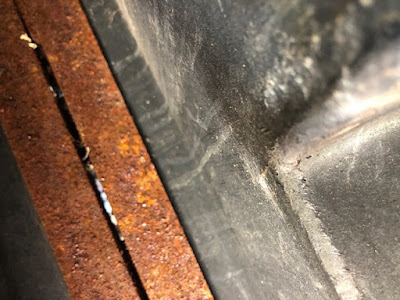 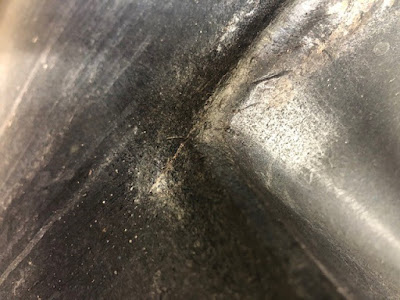 I mixed up some plastic JB weld and we will see if it works.  Because the leak is on the underside of the tank, the JB kinda ran down a bit.  Hope enough stayed up top to fix it.  If I have to, I have a plastic welder, but plastic weld does not always work well where there is any flexing so that will be a last ditch repair. 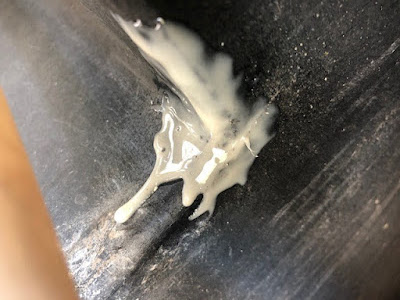 The projects kept me busy until noonish and then it was time to clean up and get ready to go for lunch with Kyra and Evelyn.  The whole gang met at the Phoenix Bar and Grill for a nice lunch. 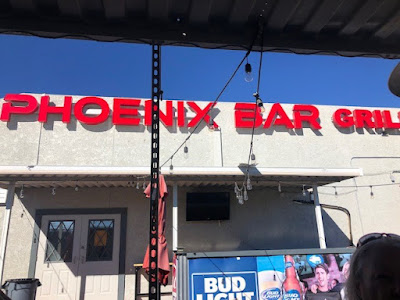 A lot of us had the catfish which was not bad.  They had some onion rings which were to die for.  I ate them so fast that there was no picture but Sue had some catfish left so I got a picture of it. 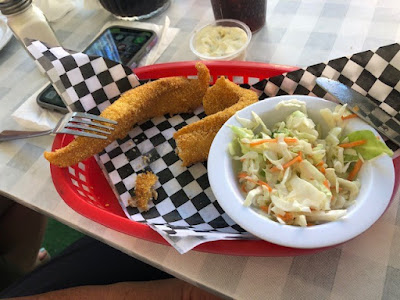 Guess where we went after lunch?  Yup you got it.  We went and brought home the big ole cuddle chair.  It is the olive coloured one which actually looks more grey or brown to me.   Yes it cost us a fortune but oh well!  They say, Happy wife, Happy life.  I will let you know how that pans out in the next few days. 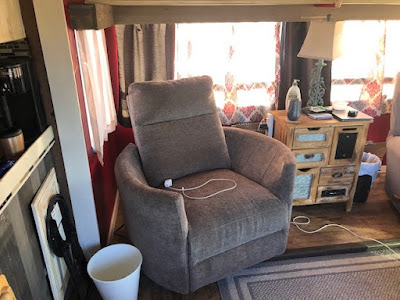 Sue was sitting in her chair looking out the window and saw this Road Runner outside so grabbed a quick picture.  We have witnessed a few of them so far.  We also hear some coyotes around here so we are constantly reminded of the Wylie Coyote and the Road Runner Show. 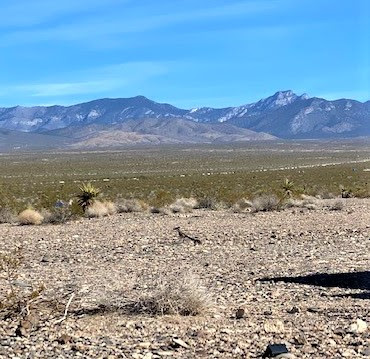 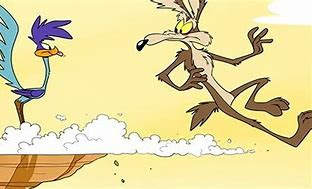 That was our day today.  There is always something happening but it isn't always earth shattering but then again at our age, it doesn't take much to entertain us.  Hope your found something rewarding to do today. 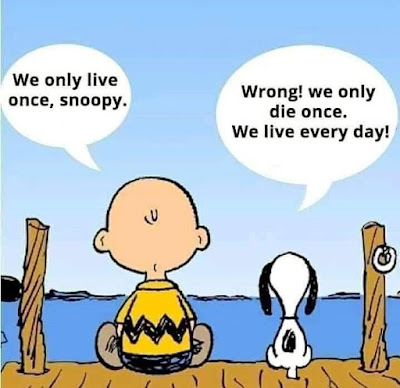 Posted by Lorne Green (A Place Called Away) at 22:15:00
Email ThisBlogThis!Share to TwitterShare to FacebookShare to Pinterest