See Ya Later George and Henny, and Phone Upgrades.

WHERE ARE WE? Magnolia Beach, Texas
Another windy day here on the beach.  The waves are rolling whitecaps this morning and the water is all churned up.  The whole bay is very shallow with an average of 4 feet of water except in the shipping channel where they have dredged it deeper.  Because of the depth, the water gets quite murky when the wind blows. George and Henny decided to head out today.  They have been watching the big blizzard in Manitoba and because it is not what it was predicted to be, they feel the roads will be good by the time they get there.  The temps are supposed to rise in Manitoba as well so they should be in good shape.  Safe travels guys, and it has been fun sharing time with you along the way. 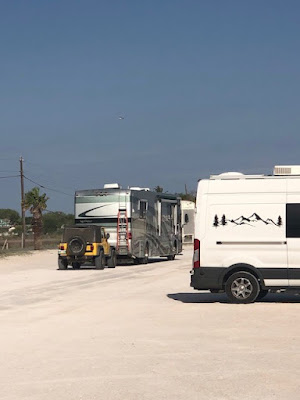 Somebody had a bit of a problem this morning just down the road from us.  I'm figuring a wee bit too much of something.  Apparently at the scene, the guy was quite talkative, and the Highway Patrol were all to open to listening to what he had to say.  Maybe some clink time for him!!!  Would you like a complete wash or only the outside sir?? May as well open the doors and do the whole thing!!! 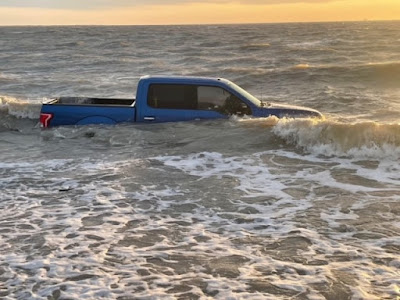 The girls all headed to town today to shop!!! Surprise surprise.  The guys stayed home and watched ships, or at least I did.  One of the ships was a big tanker and he came out loaded so he was kicking up a big wake.  Yup this is the same one as I have on my phone app. 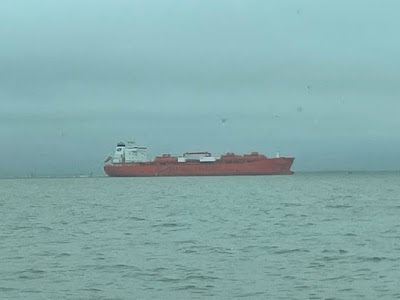 I watched the wake coming across the bay and you can see it hit land just down from us. 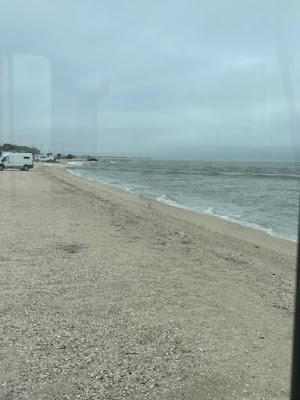 Then it rolled up on the beach and went under the camper next to us and then under us as well.  You can see in the second picture how far us the beach is wet.  I'm sitting in the driver's seat of the MH.  Nothing to worry about because the beach is not sand so no one will float away or get stuck. 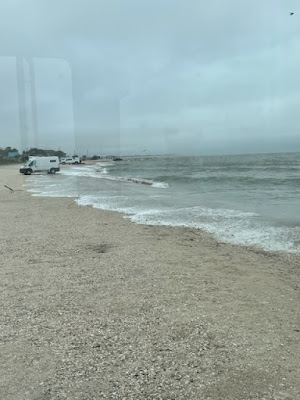 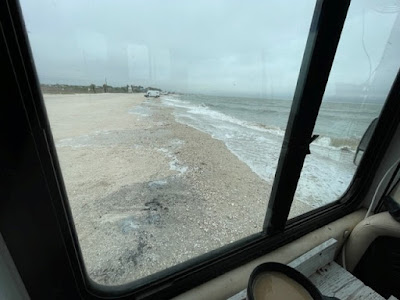 When the girls got back, they brought presents!!   New phones for Sue and I.  We were way overdue for upgrades so we could get new ones quite cheap.  We have been with AT&T for a while now and it seems to be working for us.  We use AT&T for our mobile Wifi as well. 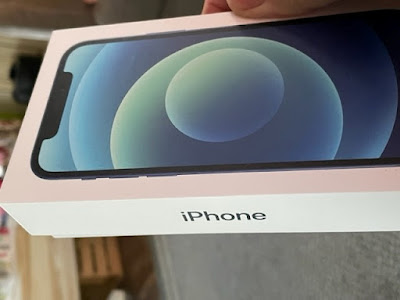 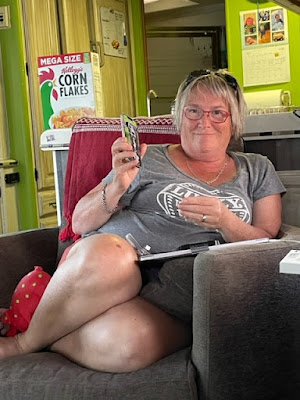 Our water tank has been leaking for a while now.  Last summer I fixed a leak with JB weld and it held on for a long time.  The tank is rusting and another spot opened up.  Time for a new tank I guess so we ordered one on Amazon and it will be here on Saturday.  The propane side of this one has been acting up as well so I'm not sorry to see it go.  I thought the price was quite good and I'm getting the door for it as well.  Remember I lost the door on the way to Mexico 2 years ago and am only replacing it now.  I will get my Mexican painters to paint it next fall. 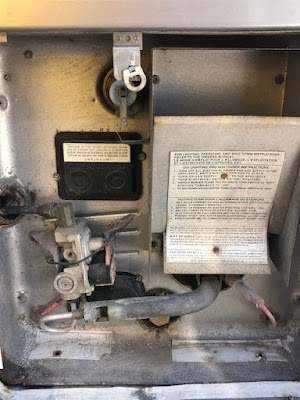 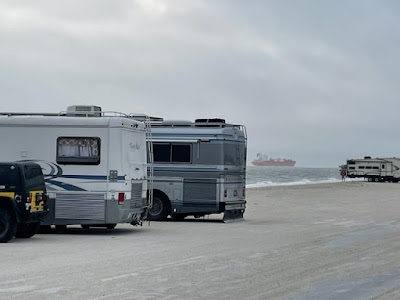 Posted by Lorne Green (A Place Called Away) at 18:07:00
Email ThisBlogThis!Share to TwitterShare to FacebookShare to Pinterest