WHERE ARE WE? La Penita, Mexico
On our walk this morning, Archie and I noticed that the beach was back to normal after being all gravelly yesterday.  I still can not fathom the power of the ocean and how it all works. 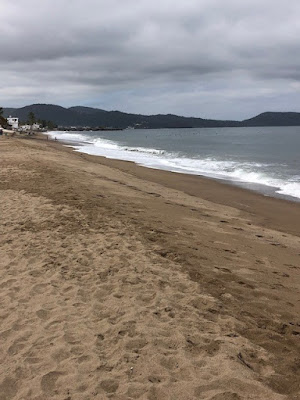 Today is an important day in our lives and a really exciting one for Kenia.  Today we get her eTA (electronic Travel Authorization) which is preauthorization to visit Canada.  This is in place of a visa which is not required by Canada for Mexican travelers anymore.  For Kenia, it was a tense process, because theoretically she could be refused.  There was no reason for that, however if the possibility exists, tensions run high.  We went with her to the office where she could get it.  Sue told her not to worry!! 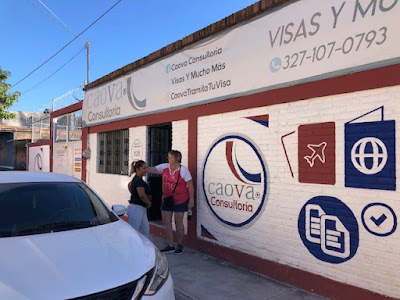 The process is just an email with her passport information and then a wait of about half an hour for the reply email.  The people there were very helpful and although we could have done the application ourselves on line and saved about 20 bucks, it was nice to know it was being done right.  We went for a bite of lunch while we waited and chose the "Sidestreet Bistro".  The Bistro is a sort of Canadian knockoff place with things like Beef Dip, Pulled Pork, and Poutine!!!  Kenia had cabbage soup and pulled pork, and Sue had Poutine.  I just had a little bit of everything they had!!! 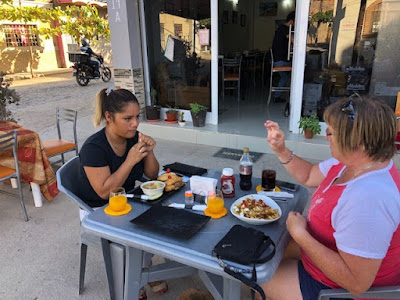 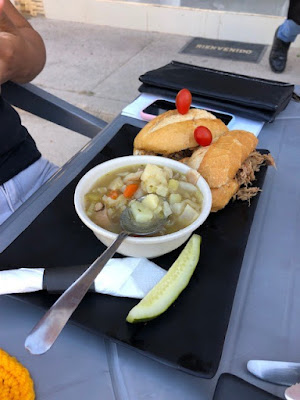 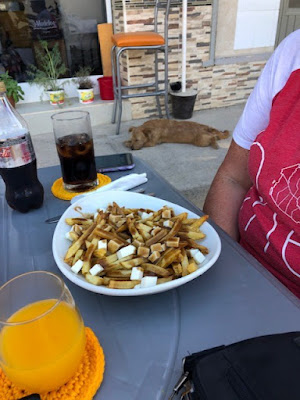 After lunch we went back to the office to see what the verdict was.  Because the verdict is written in English because it is Canadian,  the paper was given to Sue to read.  She bowed her head and got a really sad look on her face.  I thought Kenia was going to cry, but then Sue yelled and laughed and hugged Kenia.  It was kinda mean, but fun as well.  Everyone in the office cheered and they got out the Canadian flag and wanted pictures with all of us.  This will be the start of an experience for us and Kenia that hopefully will help her along in life.  This was actually the easy part because she still has to talk to customs and immigration when she arrives in Canada, and convince them that she can afford her holiday and that she plans to return to Mexico.  They hold the power and sometimes they like to strut their stuff!!!  Fingers crossed!! 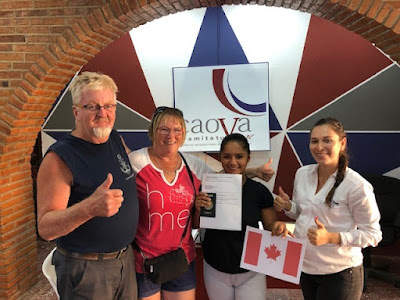 Her tension was released and she was a happy camper when we left. 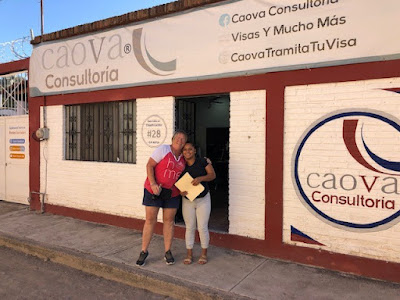 The only other thing that happened today was that the water truck showed up and topped up the pool!!!  Not really news worthy but I did take a picture.  And then the day was over.  Goodnight!!! 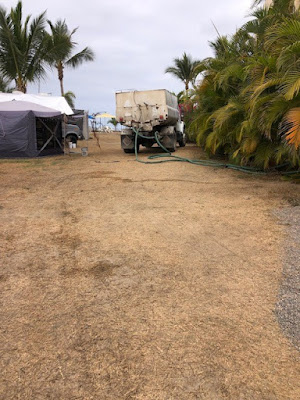 Posted by Lorne Green (A Place Called Away) at 17:47:00
Email ThisBlogThis!Share to TwitterShare to FacebookShare to Pinterest