One of the things about the Ponderosa that I really like is its ability to really get low to the ground when needed.  We have learned that if we have a spot with an incline, we try to park with the front end on the incline.  That way we can let out the air and it will literally sit down on the ground.  This saves a lot of sprained ankles going up and down. 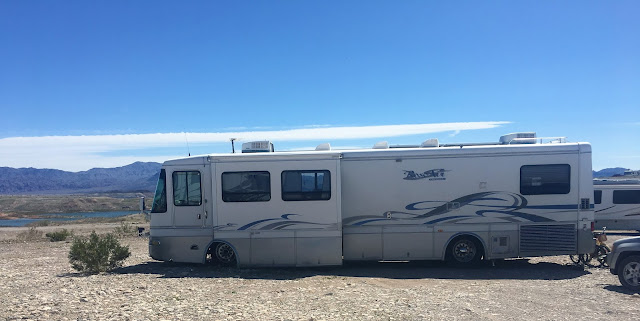 One of the disadvantages of this advantage is that you have to be very aware of whats beside your slides before putting them out.  We watch others who just put out their slides without an outside inspection because they never come close to the ground.  Because ours has compartments that go out with the slide, it is low to begin with, and if we let the front end down, we can actually get into the dirt with it.  In our current spot I actually had to move a couple rocks to let the slide go out. 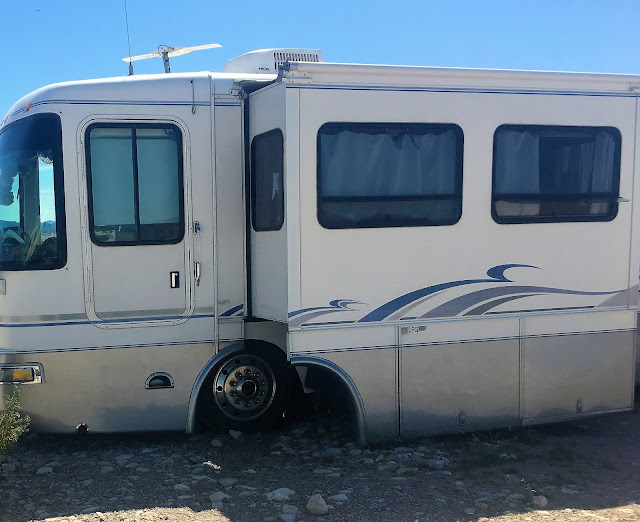 Now because there are a lot of things that could go wrong when we go to move, I tape little sticky notes on the controls in case one of us inadvertently tries to adjust the jacks, or forgets and retracts them an lets the slide hit the ground.  Never trust an old mind, I say. 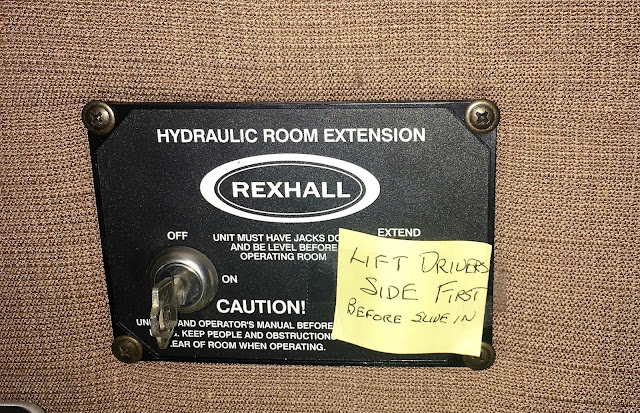 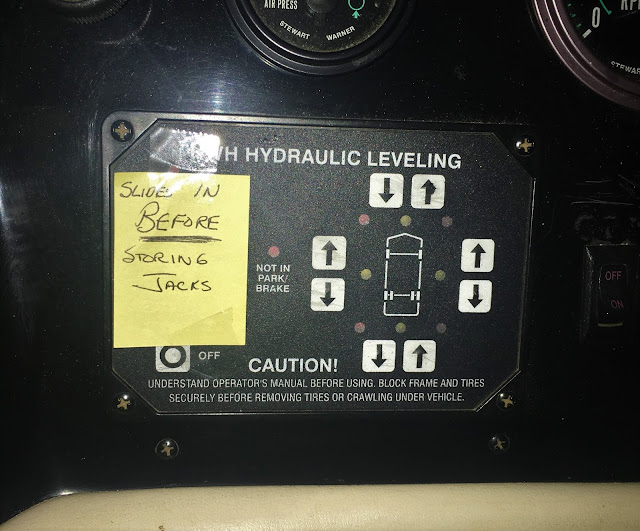 At coffee this morning we saw a little float plane circling the lake and it felt like home.  In Rivers we get quite a few float planes landing and taking off on the lake.  Plus I just like watching planes, so I had to take a picture. 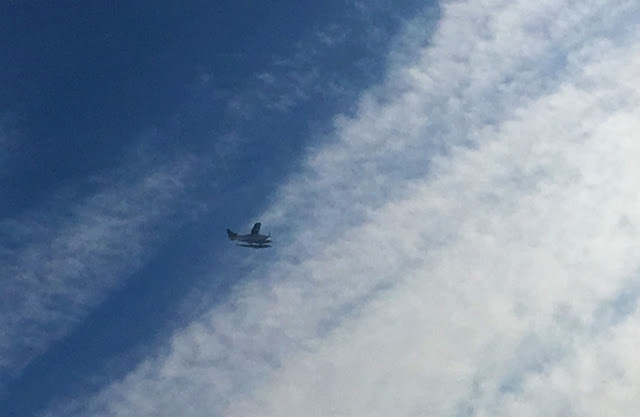 In the afternoon, Harold and I worked on some things on Goldie, their new motor home.   I took the pictures and handed wrenches, and Harold did the work and got down and dirty. 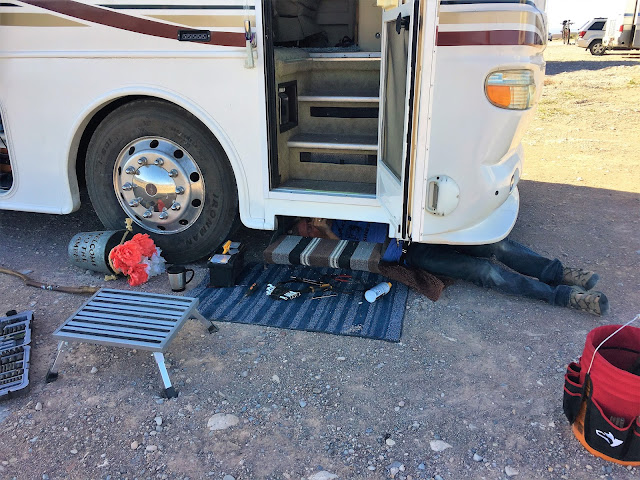 Just before supper I headed out on a little walk down by the lake.  This is a very interesting lake with the water as low as it is.  It would be interesting to know if they have a plan to fill it up again. 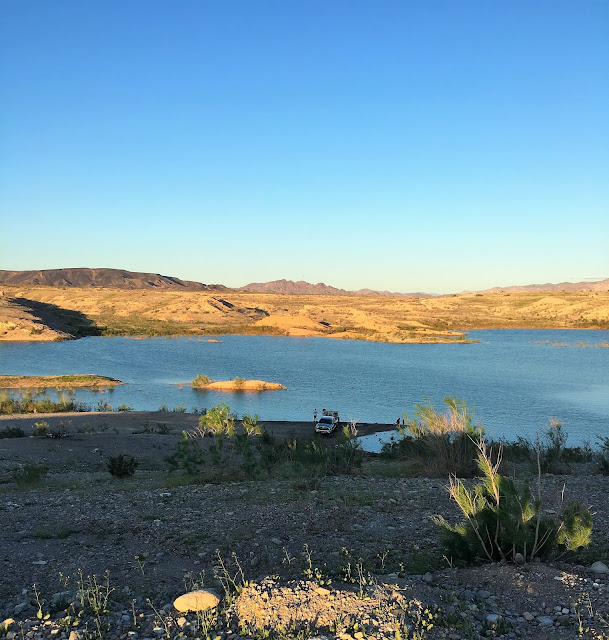 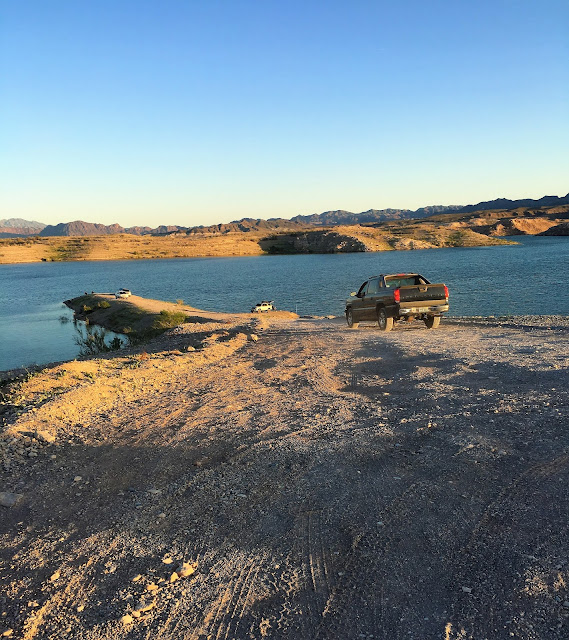 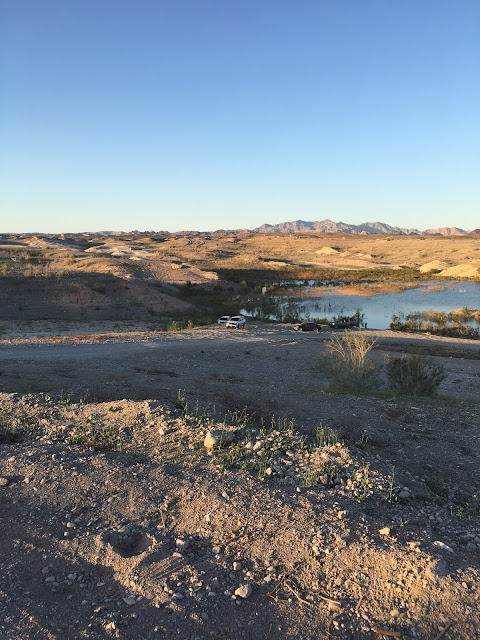 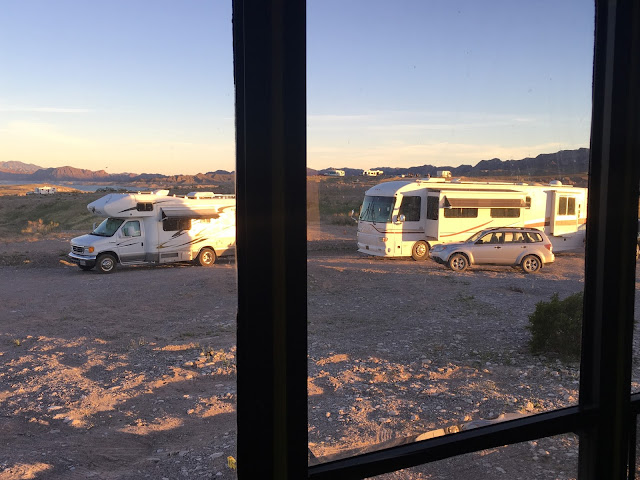