So P & H are still having some difficulties with a computer glitch plaguing them.  Of course there are not a lot of places outside of the major centers that want to even look at Motorhomes.  They got towed in last night to a freightliner place in Santa Rosa who won't even look at it because it is an RV.  We know that the temp gauge goes right to the top and the bells and whistles go off but we have physically checked the temperature of the engine block and it is not even close to overheat in fact it is under normal when we check.  So it has to be a sensor or computer glitch.  Harold talked to a few mechanics who said if we are confident that it is not overheating, to just ignore the buzzers and drive it to somewhere where it can be fixed.  So we tried that this morning and got down the road a couple miles and guess what.  The computer thinks the thing is gonna blow up so it puts the engine in safe mode.  That only allows you to travel about 30 miles and hour so now we are on the side of the road again.  Coach net is coming to tow it to a mechanic about 70 miles up the road however we now have to wait on the tow truck which seems to take forever!!!!  Now we don't want to make a story out of our friends misfortune but rather to let others know that if you are prepared, some things are not as difficult to deal with.  It is a lonely feeling when you are broke down on the side of the road in some strange area and you feel like you will never get out of the situation.  I'm here to tell you that things like roadside assistance can help get rid of that sinking feeling. 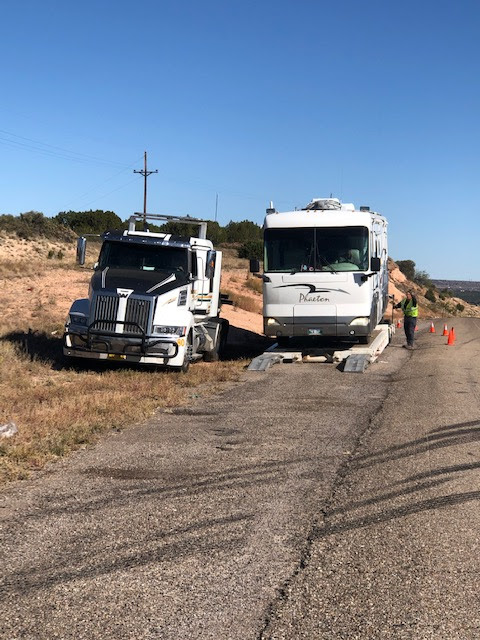 So I guess a little plug for Coach-Net is in line!!  We have used them last year when we had the injector problems and they were fantastic.   Super accommodating and they got us to where we needed to be.   And this little glitch with P & H is the same.  Last night they made sure they were safe on the side of the road and dispatched the State Trooper to sit with his lights on for the 2 hours it took for the tow truck to come.  They got towed to a safe place for the night like they promised.   Now today they have provided a tow truck and are bringing the MH to a qualified service garage that can hopefully fix it.   All for no charge other than the yearly membership fee of about $249 bucks.  If anyone wants a recommendation on the road side assistance to purchase, we will highly recommend Coach-Net.  Check out their membership options at https://coach-net.com/

The towing company needs to get a little recognition for a job well done too.  Jeff from Terry's Transport came out to rescue them.  He had a state of the art detachable goose neck trailer that was low profile for hauling taller loads.  The MH fit on it real well and rode as solid as a rock.  He was very caring and professional and got the job done with no problems. 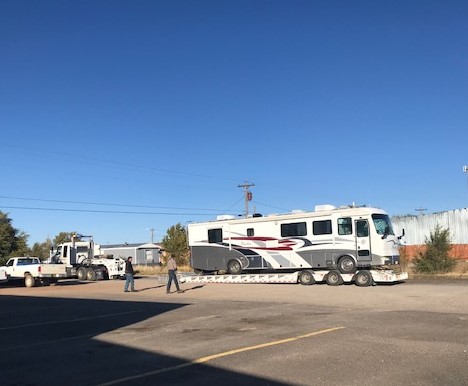 If you are ever in need of a lift with your MH around Santa Rosa or Logan NM, give Jeff a call. 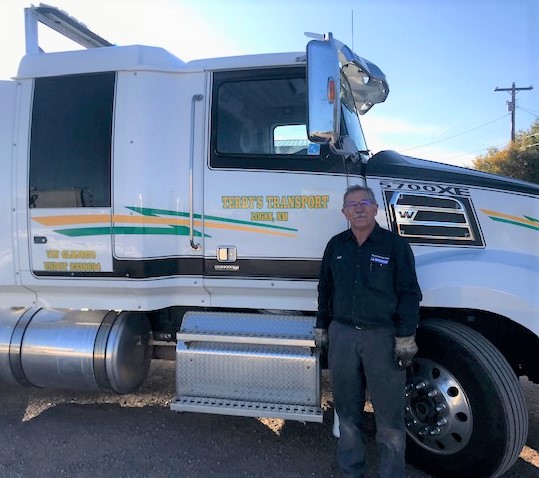 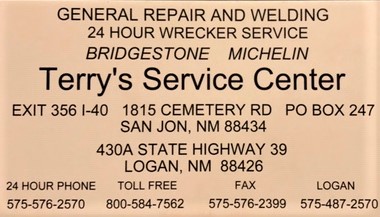 While I was waiting on P & H, I went for a walk.  In my travels I came across a Museum of Soaring.  Hmmm interesting!!  So in I go.  There is one friendly guy in there.  His car looks lonely in the parking lot doesn't it?  $6.50 for a senior so I coughed it up and in I went.  It wasn't a very busy place right now and I was the first to sign in for 3 days.  I thought Bill from the blog On Our Way would have enjoyed seeing this with me. 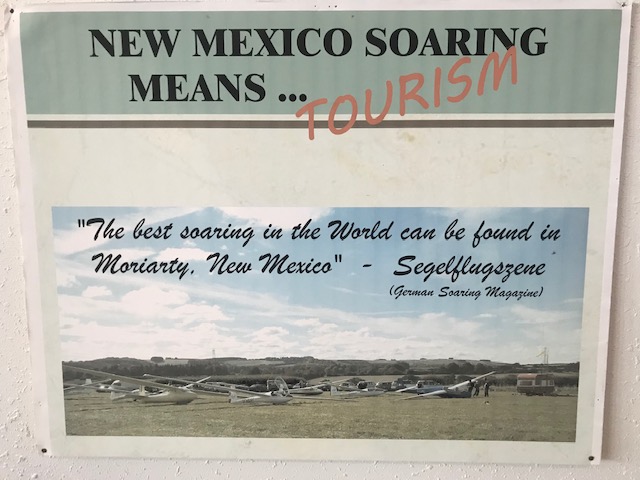 I won't bore you with it but it was fun to see.  Just a few pictures.  Apparently this is great soaring country though. 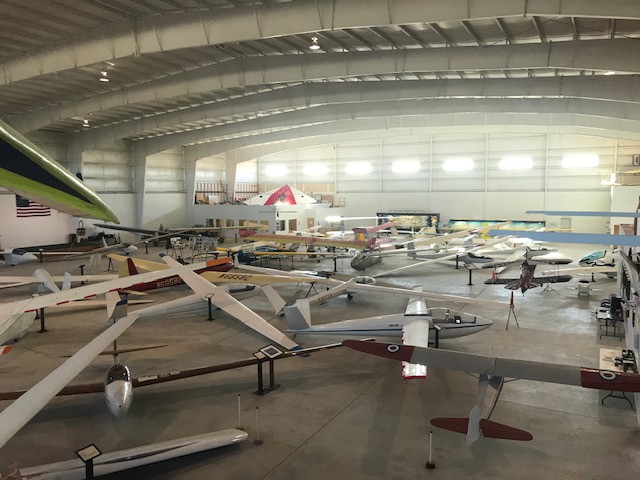 Some gliders have an engine on the back that is used to get to altitude, then it stops and folds into the back which makes it a true glider. 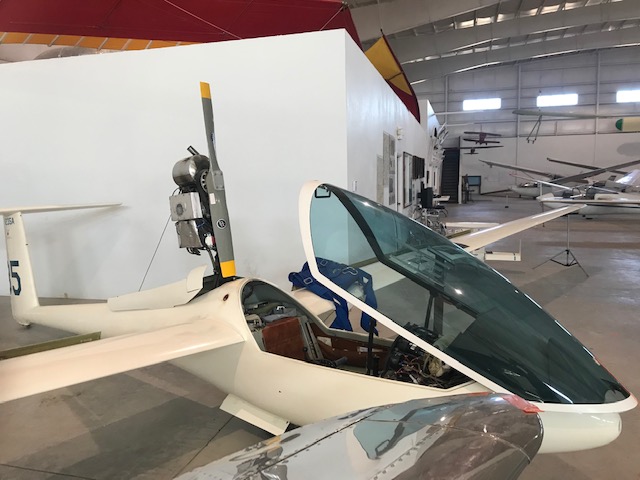 Because a glider needs to be as light as possible, even the cockpit is really basic.  Not even padding on the seats just a thin cover over the aluminum seat. 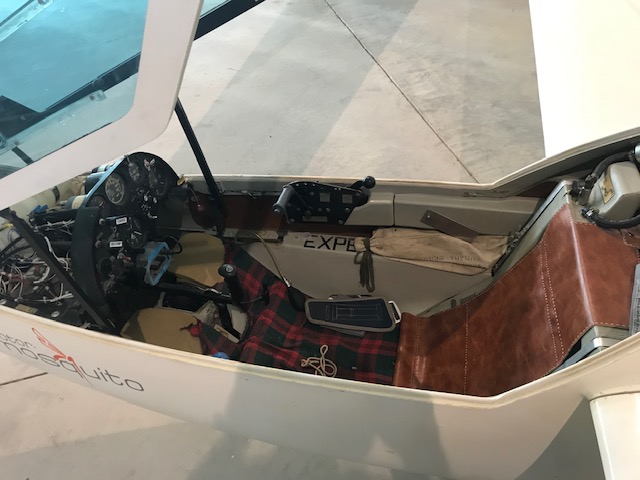 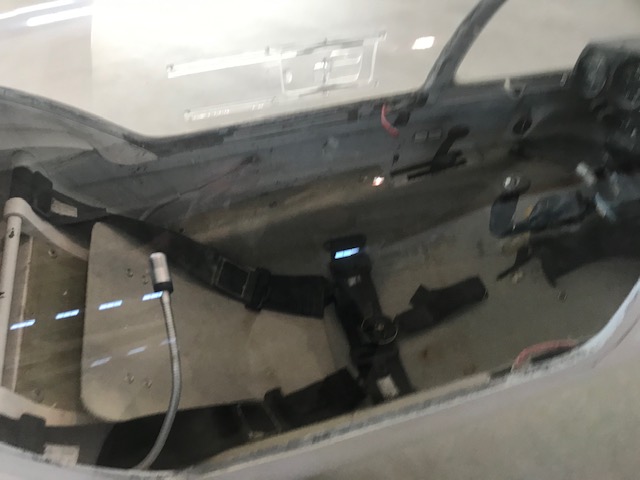 One glider had only a wing with no tail.  Apparently it still flew ok. 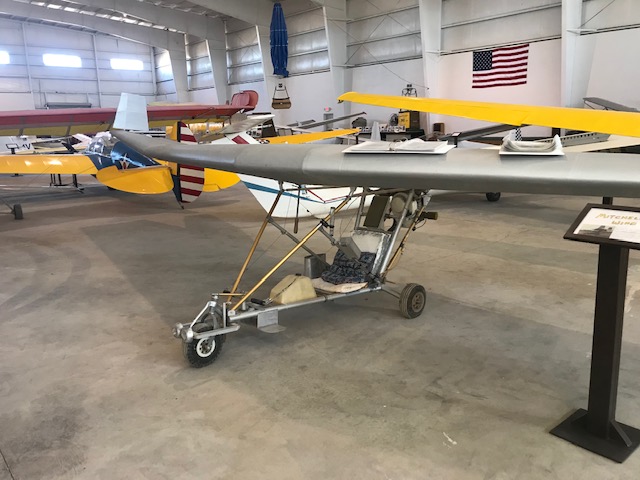 The guy who built it wrote a little note about the missing tail and it tells the story of a man not paying attention to the plans. 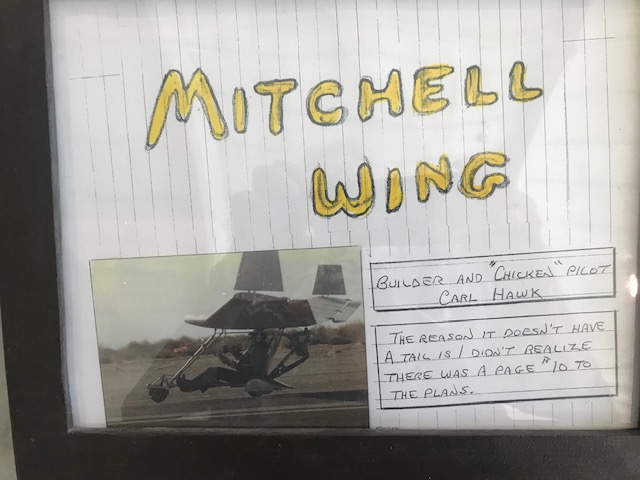 When P & H arrived it was supper time and everyone was hungry so we headed over to Lisa's Truck Stop for supper.  They do awesome Mexican and their burgers and apparently have been featured on the Food Network.  We all opted for Mexican just to practice up for our time in Mexico.  It was a 50's Route 66 type place. 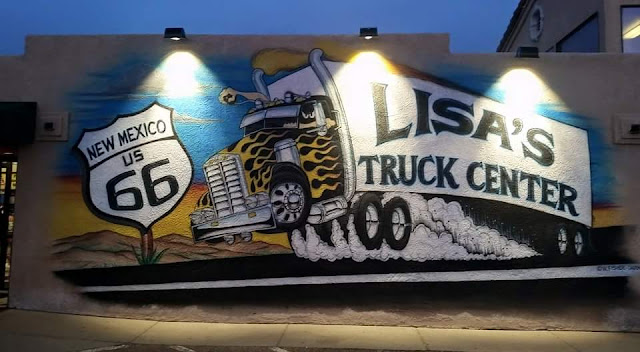 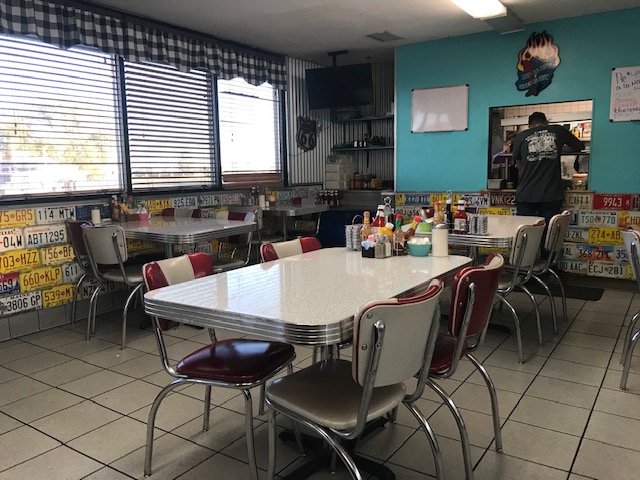 Other than that, we have had a relaxing down day.  We have a nice little spot behind West Truck Service here in Moriarty New Mexico and we hope they get P & H up and running quickly tomorrow. 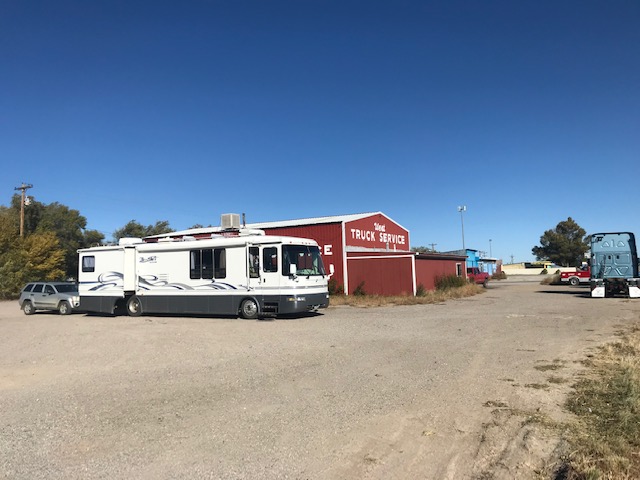 Our travels didn't take us very far today but every mile gets us closer.

Here is the view out our window tonight. 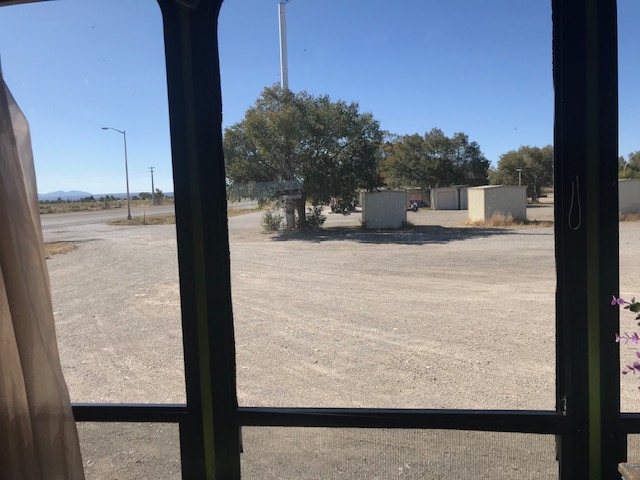 Posted by Lorne Green (A Place Called Away) at 20:20:00
Email ThisBlogThis!Share to TwitterShare to FacebookShare to Pinterest