Another Good Day with only a small Glitch

Another good day of travel today.  We made it to our next stop in Los Mochis.  Before we got very far this morning we stopped at a Pemex for Diesel Fuel.  A little different than at home because about 4 guys and a kid and 5 dogs immediately descended on the Ponderosa.  Because our fuel tank is locked, they had to wait to start fuelling so I had a chance to get my bearings and confirm that the pump was at zero.  The guy even pointed to the pump to make sure I was happy it was at zero.  Two guys rolled out a barrel and got up to do the windows while another pumped the fuel.  It is still a little hard to get ones head around paying over $4500.00 for fuel.  Peso's that is.  And they didn't take credit cards so good thing we had cash available.  Diesel is about $1.42 a liter Canadian.  Ouch!!! 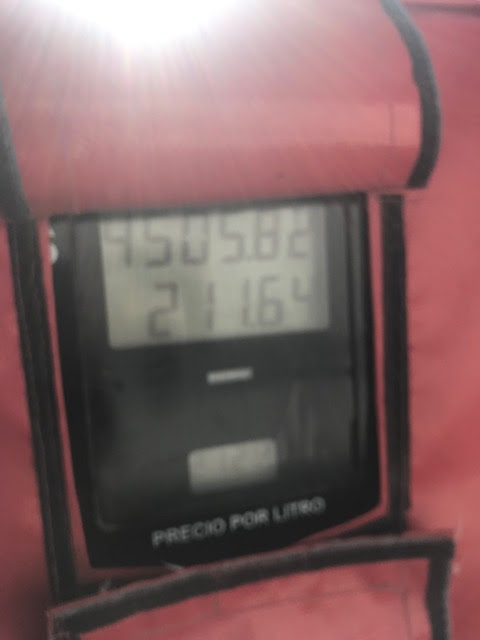 Here is the map of todays travels from San Carlos to Los Mochis Mexico which was 381 kms. 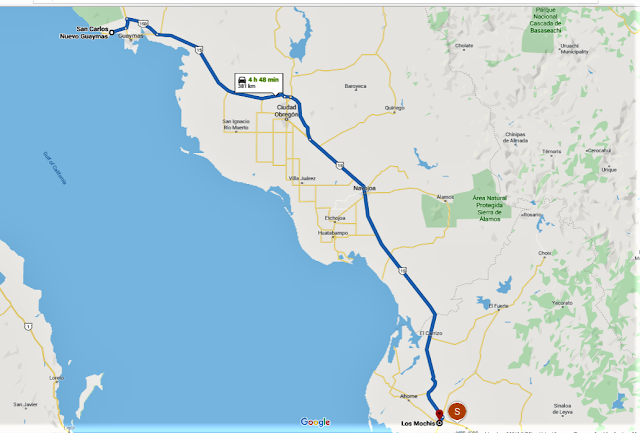 One of the things about the toll roads is all of the toll booths we have to go through.  If the toll booth is open the toll is between 200 and 300 perso's.  A lot of the toll booths are not officially open but instead there are local people there asking for donations.  20 peso's or so makes them smile or if you choose you can just drive through.  The people here find very innovative ways to make a few peso's and you have to know it is going to help feed their families. 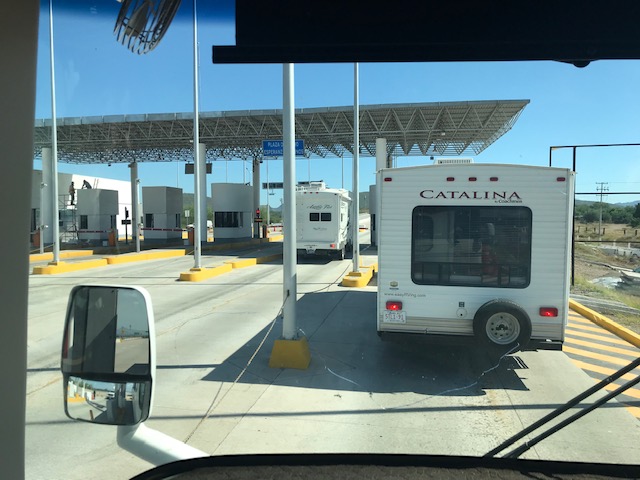 There are also lots of topes on the roads which are large humps that will send you airborne if you hit them too fast.  At the topes, sometimes there are kids wanting to do your windshield for a tip. 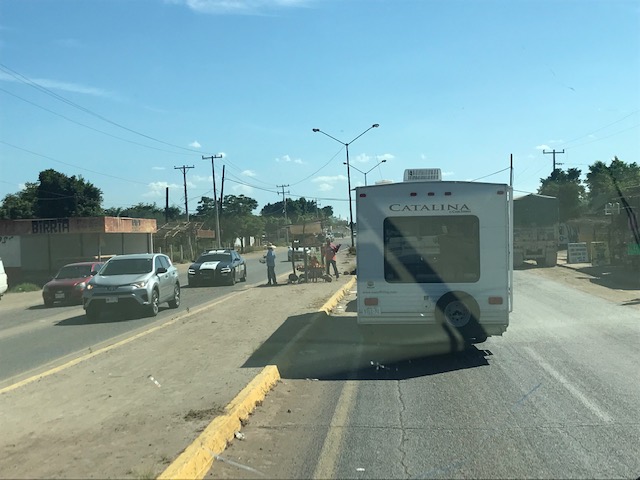 And the truckers are doing some sort of protest so they block off the highway and ask everyone for a donation as well.  I am getting donated out!! Lol.  Not one of them have been ignorant or rude, in fact just the opposite.  All happy and big Gracias!!! 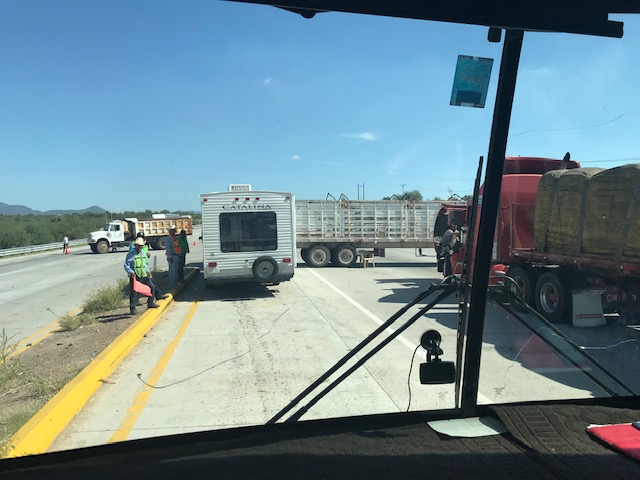 Lots of neat things on the road as well.  Some guy hauling all he can on a little truck and a shop along the road. 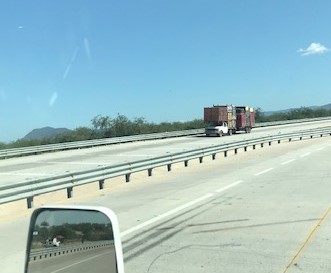 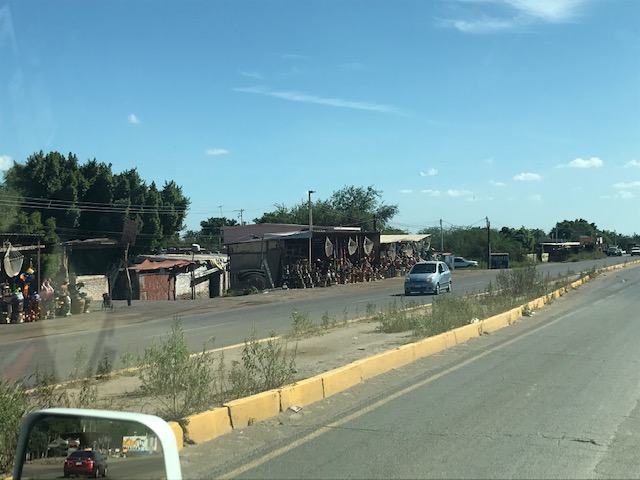 We had a little oops today when the lead unit had a tire start to lose air.  It was a valve stem so they had to change the tire.  Because we were on the side of the road, 4 of us headed down the road to get out of the way and two of them stayed and helped change the tire for the spare (which took 12 minutes!!!) and then they came to where we had pulled in at a tire shop.  We were there about 10 minutes while the tire guy fixed the valve stem and we were back on the road again.  Good work guys and gals!!! 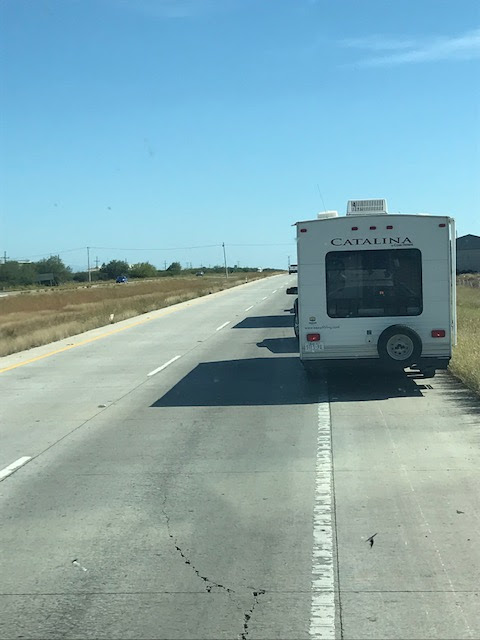 We saw a couple other neat things along the way today as well.  There was a statue of a man with a deer head somewhere near Obreon Mexico.  Maybe some of my more learned friends can tell me about it.  And a statue of what we thought was Mother Mary up in the mountains. 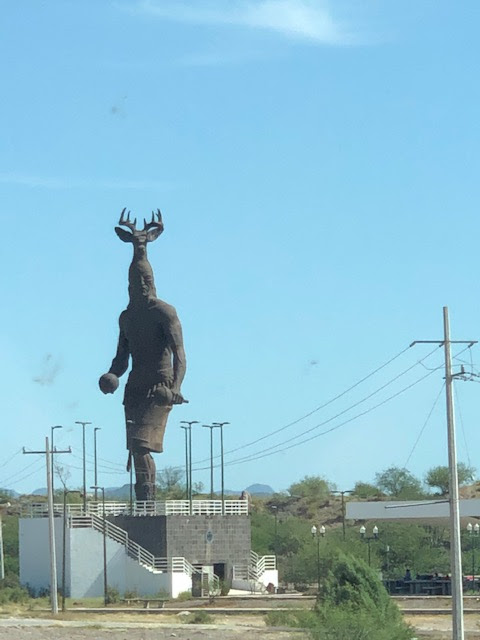 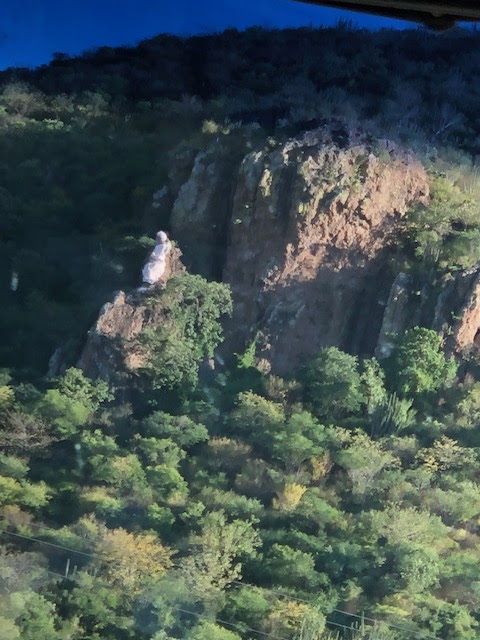 We stopped for the night at a Smart Gas compound in Los Mochis.  We paid the gatekeeper 100 peso's and in we went.  No services, just a secure place to spend the night.  Some of the group have CPAP machines so we got all the trailers to park in such a way that they could plug their trailers into P & H's and our motorhomes.  We are the only ones with big generators as well as enough battery power to keep the CPAPs going after the generator is shut down.  Kinda like a portable power plant!! Glad we can help. 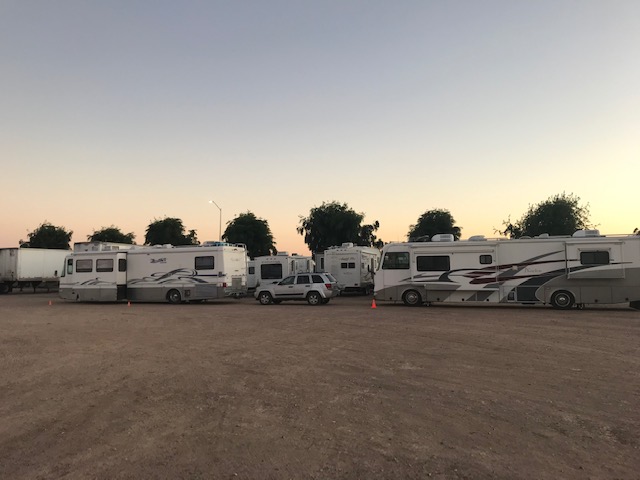 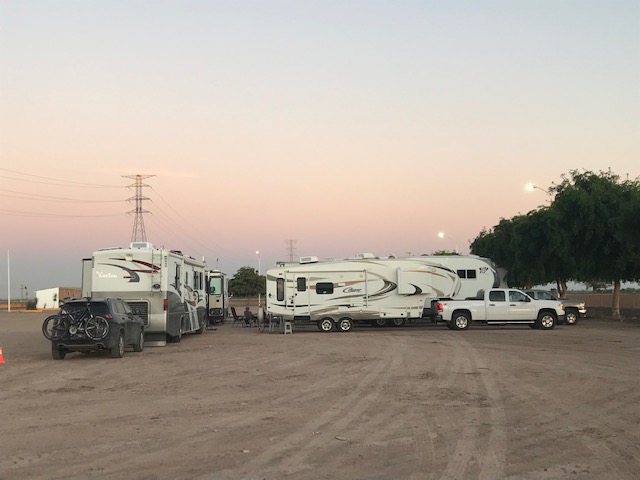 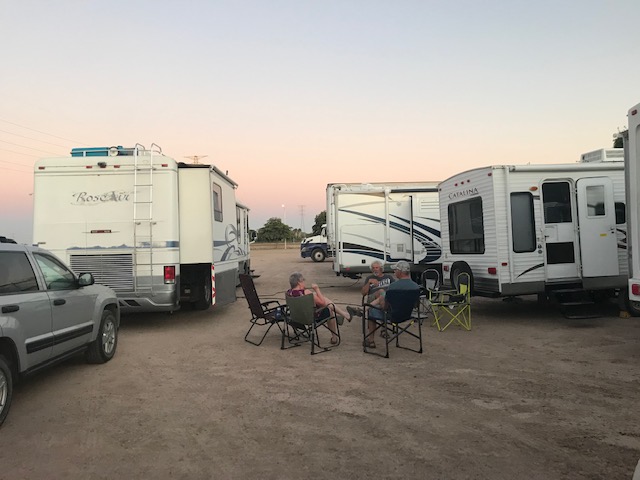 The view out our back window tonight was of a beautiful sunset. 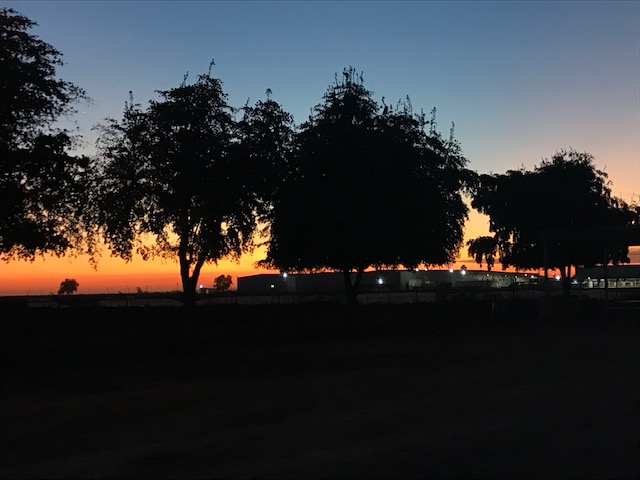 Posted by Lorne Green (A Place Called Away) at 19:54:00
Email ThisBlogThis!Share to TwitterShare to FacebookShare to Pinterest