We took Charlie out for a rare treat today.  Quartzsite has a lovely dog park where a lot of the snowbirds take their dogs for exercise.  Charlie is in need of some interaction with other dogs because he loves being around them, but doesn't get much of a chance on the road.  This park segregates the big dogs from the little dogs so they can run around without anyone getting hurt or trampled.  We hope to take him here lots in the next while.  The park is on the Northeast corner of town. 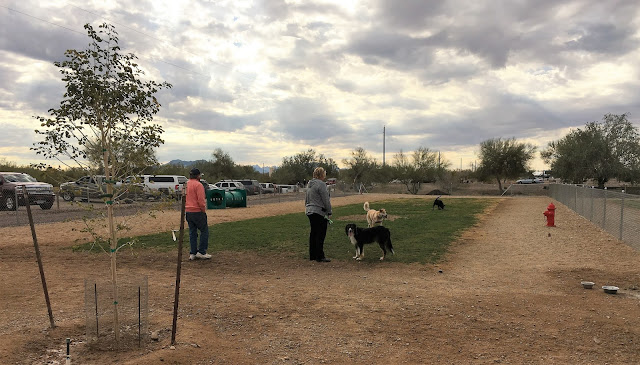 This afternoon Harold spent time under his trailer fixing the slide problem that he started on yesterday.  It is lucky that he didn't try to force the slide because as it was, the cylinder was starting to push on some hydraulic lines behind it.  Its never fun to work underneath and there are lots of screws to drop the belly pan down to get in to see the problem.

While Harold was underneath, I stayed out to hand him stuff as he needed it, so while I was waiting I made a walkway for Lexi their dog.  Lexi doesn't like all the rocks to walk on and she walks like a hackney pony on them so I raked off the rocks to leave just sand for her wee paws. 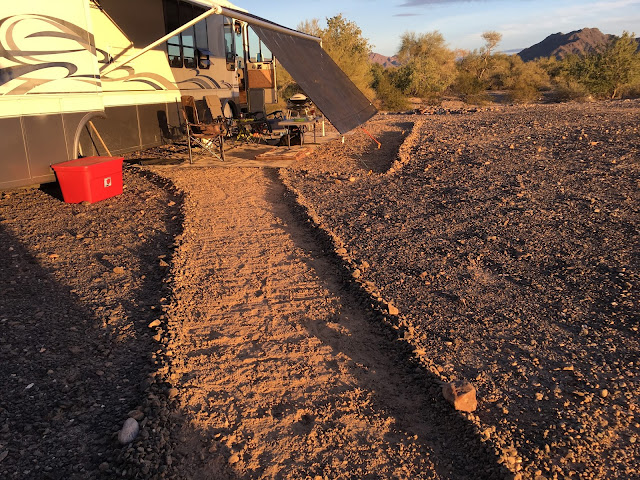 I also had time to put up the sun screen which has been stored away since this time last year.  Hopefully we get some heat soon to try it out with. 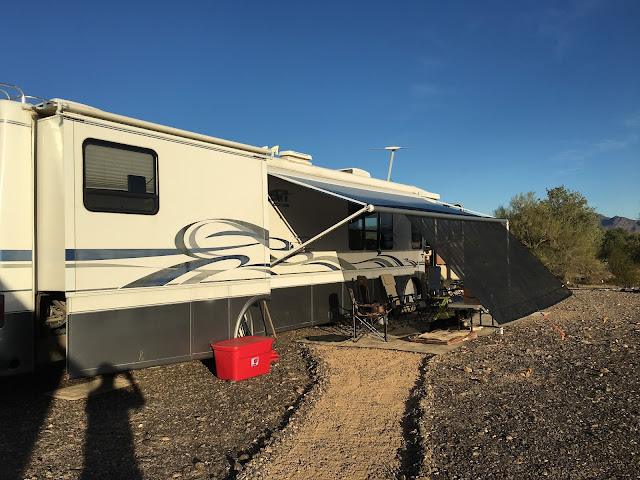 We are sure enjoying our relaxing time out here in the Arizona desert.  It is so rustic, yet there is lots going on around us.  We can be as busy as we want to be.  Tonight I will leave you with a picture of our yard. 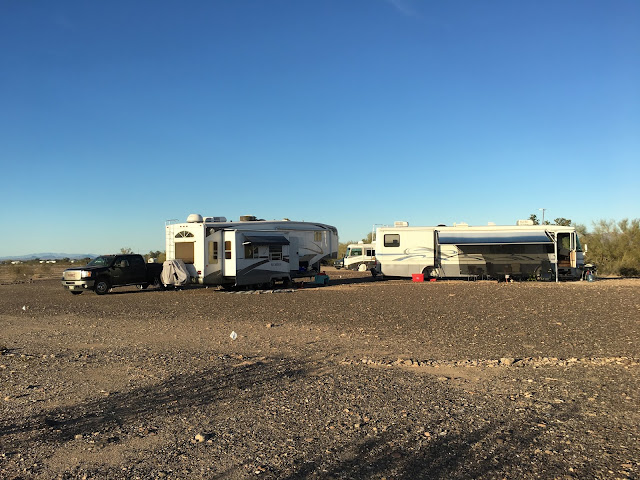 Posted by Lorne Green (A Place Called Away) at 20:38:00
Email ThisBlogThis!Share to TwitterShare to FacebookShare to Pinterest