A Pool Update and More Eating

WHERE ARE WE? La Penita, Mexico
Today is Domingo so that is the day there is Birria at Tina's house.  I gathered up John, Harold and Normand and Denize and we headed down the street to Tina's house.  Everyone wanted to try eating in a quaint little neighborhood eatery and I think they all liked it.  We sure had lots to eat!!! 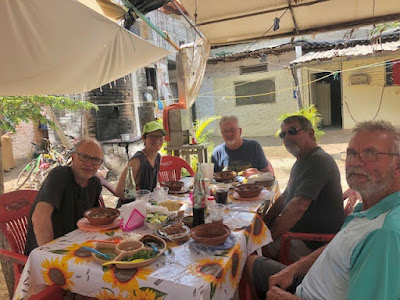 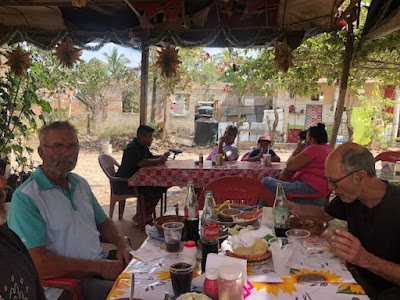 Here is a question?  Why did they put all the spikes on this meter box in the alley?  Is it to keep birds off or people from using it to access the second floor?  Hmmm 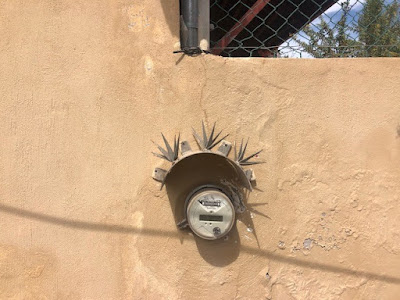 And then there is this fisherman who was hotwiring some lights for his little boat shack straight from the town streetlight. He cut and stripped and joined those wires while it was live.  No need for a meter on that one!!! 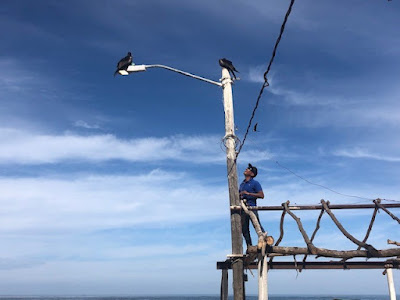 It's past time for a pool construction report.  Our friend Donna who has a house next door is putting in a pool if you remember.  They are getting close to being done and its interesting watching the workmanship.  These guys are perfectionists with the tools they have.  They were laying some of the floor tiles when I was there today. 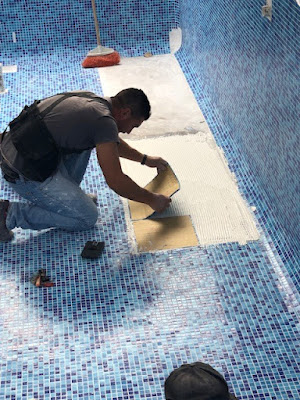 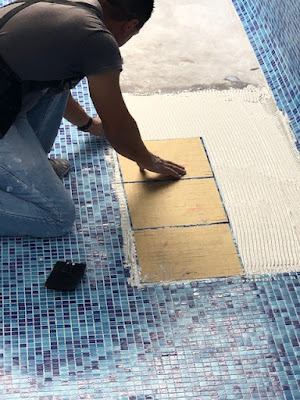 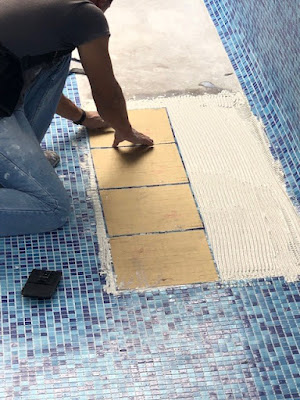 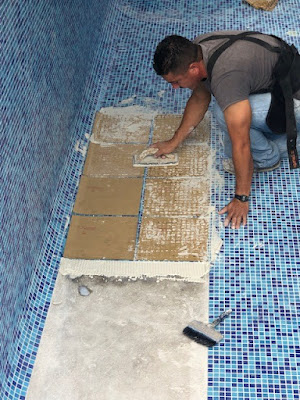 Once it is laid down on the bed of mortar, they let it set up for a while and then they tap tap on every single tile to make sure they are in place properly.  Then they wipe it all clean and check with their hand again.  There is no such thing as good enough for these guys it seems.  They hope to have water in it late next week. 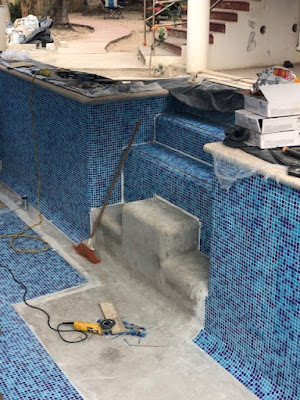 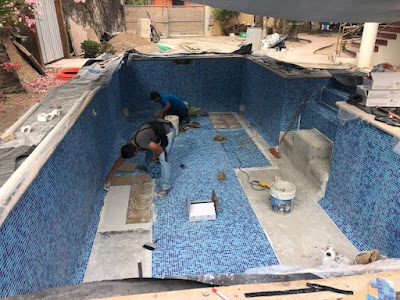 Another guy has been here building a cement pump house.   It will be a sturdy place that should never be a problem to anyone.  All the wood you see is only there as a form until the concrete cures.  It will be taken off later. 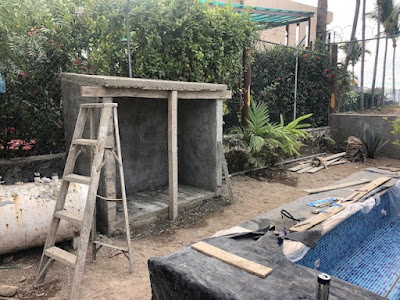 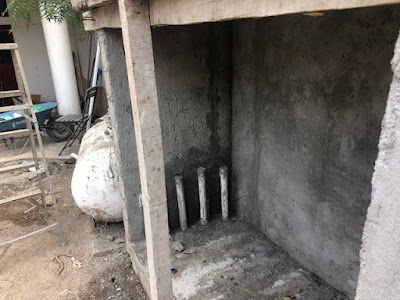 We had a supper reservation tonight at Las Koritas for BBQ ribs.   What a feast that was!!  They have a nice BBQ to cook on but if you notice, the bottom part is an old char broiler full of briquettes, with a regular BBQ top on it.  It even has knobs on it, but they don't do anything because there is no gas.  Sergio was laughing about his Mexican fix. 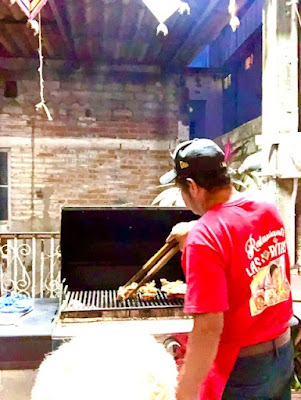 Almost everyone in the park ended up there.   Some of the others had plans to watch the Super Bowl, but none of us had any interest. 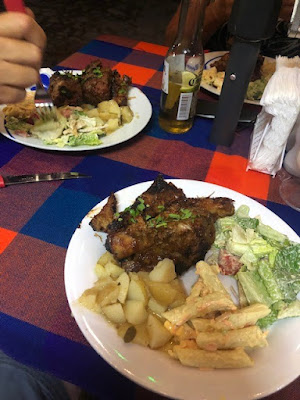 We laughed about the before and after picture.  My god I hope I'm not that fat!!!  Yes, I did hold my breath for the before picture. 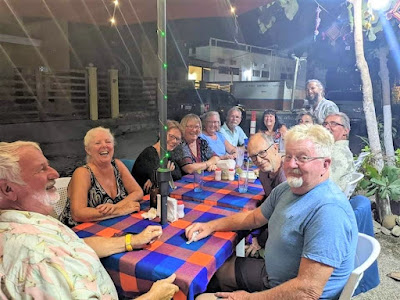 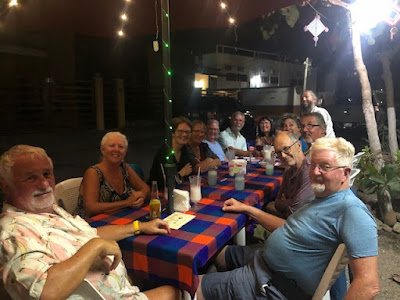 Well, that was about it for today.  The dogs still put on a show for us occasionally.  Oh, to be like a dog, well maybe not!!!  Goodnight. 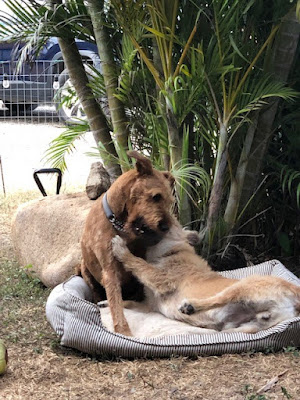