Back with Pat and Harold

It is starting to warm up slowly.  We sat outside for a while in the morning and then had to do some chores around the Ponderosa.  Kaitlyn and Grace will be leaving us tomorrow so it is time to chase down all of the things that are hiding in every nook and cranny of the Motorhome.  Gramma and Grace went for a little hike while Kaitlyn cleaned up. 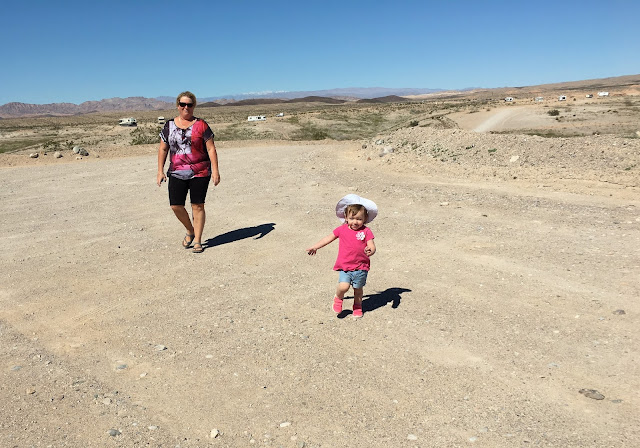 There was a helicopter flew over us really low this morning so I took a picture.  Kyra pointed out that it had a fairly large gun protruding from the front.  I hadn't noticed but when I looked at the picture sure enough there it was. 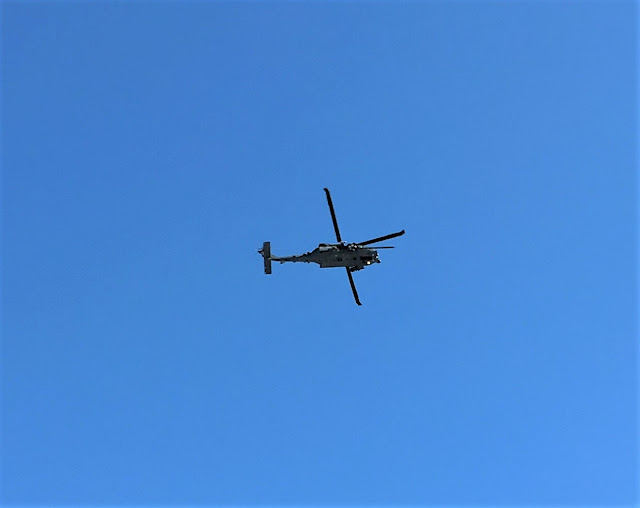 We are moving the Ponderosa to make room for P&H when they join us this afternoon.  Their friends Kevin and Rhonda from Wisconsin are spending time with them so it will be nice to visit with them again for the next few days.   We are going to make a nice compound to keep the winds out if there are any. 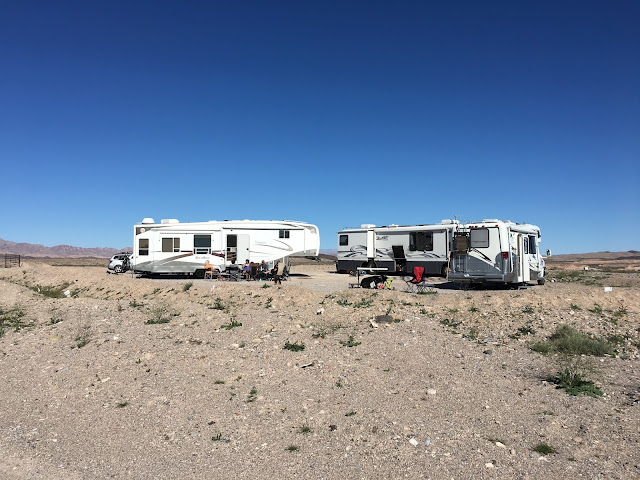 We had a nice Happy Hour and marveled at all of the planes coming and going from Las Vegas.  We figure each plane is bringing about a half a million dollars in revenue to the Las Vegas area.  Kevin said he saw 9 airplanes landing in the time it took him to smoke one cigarette so you do the math.

Once it got around supper time we started the fire and had a wiener roast.  The air was quite chilly tonight so we headed indoors rather early tonight.  The forecast is for warmer weather starting tomorrow so will save the bonfires for later this week. 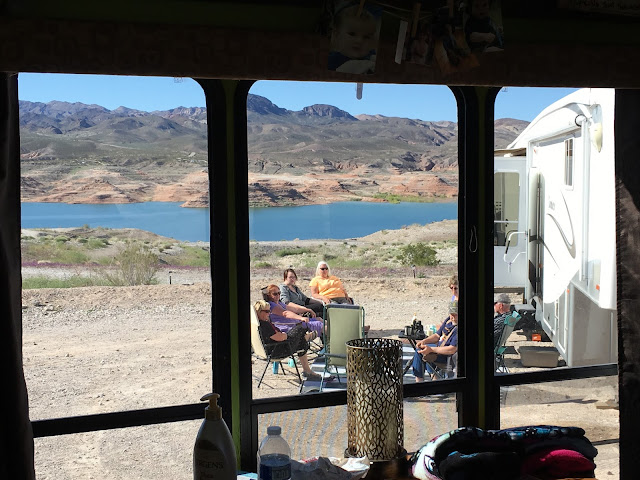 Posted by Lorne Green (A Place Called Away) at 20:57:00
Email ThisBlogThis!Share to TwitterShare to FacebookShare to Pinterest