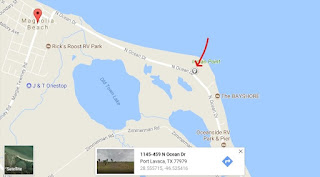 Woke up this morning sweating.  The bed was damp and the blankets were damp, the windows were fogged over.  Up I got and went to look at the temperature.  This is what I saw. 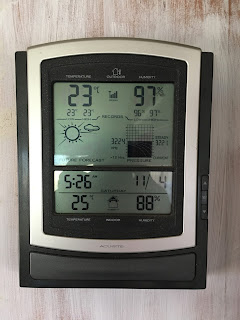 I don't care what anyone says or what the thermometer says, it was NOT 5:26 in the morning.  I would buy 7:36 but not 5:26.  Anyhow the time is not that important, nor is the temperature.  The humidity in the top right corner is what I draw your attention to.  We are having a real tough time getting used to the humidity going up and down like a yo yo.  I guess that is the joy of being next to the ocean.  Speaking of ocean, everyone knows I love to watch the boats.  A little crab boat went by picking up his pots. 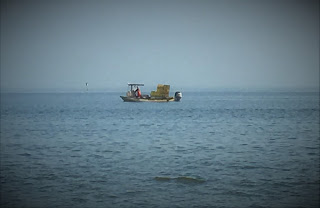 Not long after a barge being pushed by a tug boat appeared heading out to sea.  I'm not sure what they carry but the port is across the bay from us.  I will have to go find out.  There is an oil tank farm over there as well as some dry material loading facilities.

Not to be outdone by all the boats, our friend and neighbour Brian was using a net to catch bait fish to use this afternoon while he is fishing.  Its fun watching him go after the schools of fish.

Later in the day, Sue and I decided to go for a swim.  The water is still close to 80F so swimming is nice.  I had to assure Susan that the sharks don't come this close to shore and that stingrays are really not that dangerous, before she would go in the water.  We had a fun time splashing around. 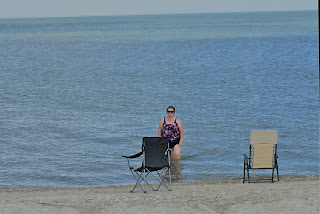 We found out from Brian and Gloria (our neighbours) that the Magnolia Volunteer Fire Department were hosting an early Thanksgiving supper at the fire hall, and everyone was invited to bring a dish of something and come on down for a free turkey/ham supper with all the trimmings.   Magnolia Beach was hit quite hard with hurricane Harvey and the Fire Department played a large roll in making sure everyone was safe, and coordinating the cleanup efforts after the hurricane.  The people around here are very thankful for their hard work.  After several recognition awards were handed out, the delicious supper was served. 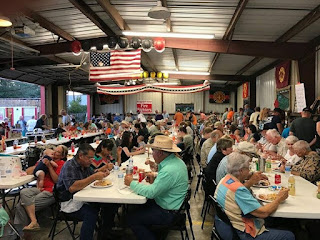 We really loved hanging out with some of the locals and getting a sense of what its like to live here.  I'm guessing there were 300 people there and there was more than enough food.  They even encouraged everyone to use one of the take out containers they supplied, and take some food home.

They had lots of door prizes but as usual, none came our way.  Susan and I wanted to make sure we gave a donation of some sort, so we bought an item at the silent auction as our way of saying thank you.  I should say I bought it, because I don't think my pick of items tickled her fancy.  Oh well, you can't win them all.  I wanted to pick something typical of Texas and this area.  What do you think?

I did end up giving the basket to Susan and I think she kinda liked it a wee bit. 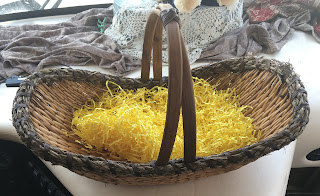 I will leave you with a peek out our window tonight.  You will be sick of boats by the time we leave here. 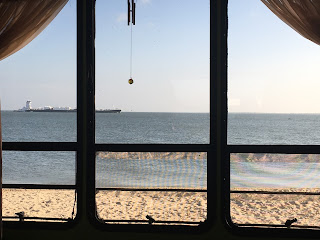 Posted by Lorne Green (A Place Called Away) at 19:45:00
Email ThisBlogThis!Share to TwitterShare to FacebookShare to Pinterest