Body work is not my specialty, or is it?

Once again I have to mention ships, but this time it comes with a little story.  The bigger ships come in to harbour and I think they have a speed limit so they don't do a lot of damage with their wakes.  I'm betting if they are a little behind schedule they push that limit, and that was the case this morning.  The tide was fairly high as well at the time.  We saw this big ole ship coming in and I noticed there was a fairly large white water wake behind it. 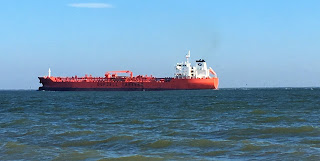 We watched the wake for about 5 minutes come rolling along the harbour. 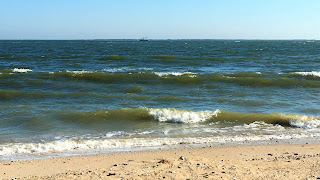 Finally it crashed on shore and went right under our Brian and Gloria's trailer. 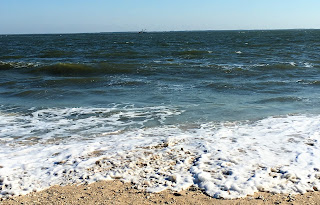 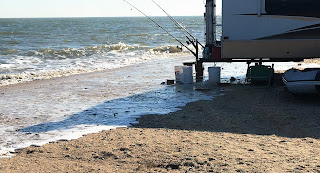 Its not really that scary because we are up fairly high and the beach is all crushed sea shells so it is really firm.  It just looks scary.

After that excitement I decided I had better do something to earn my keep.  If you remember we had a little mishap with the jeep on the way here a couple weeks ago.  Well after speaking with our insurance, they are going to leave everything alone until we arrive home in May.  Now the big gaping hole on the back of the Jeep looks terrible so I figured I should do something to make it look a little better. 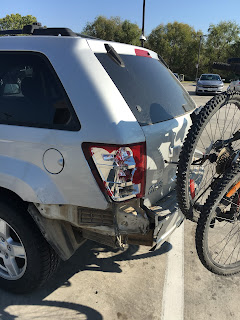 So I got out the piece that fell off and some screws and a piece of plywood for backing and did what I think is a pretty darn good job of fixing it. I will buy a 5 dollar can of paint somewhere and it will be as good as new. 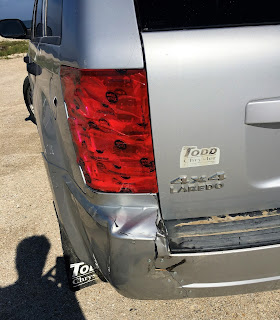 Its a good thing I had some tuck tape around to make a new lens for the tail light. 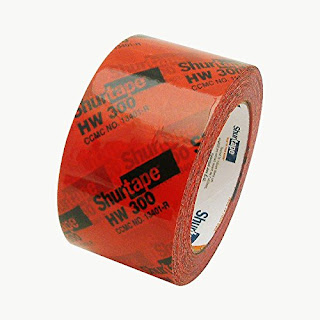 If you need some Tuck Tape you can buy it from Amazon.ca.  Great stuff. 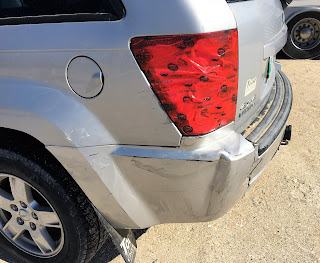 After all that work we had to relax for a while.  Come to think of it we spent most of the afternoon relaxing at the neighbours.  Some friends Tom and Norma from Magnolia dropped by while we were sitting around.  We have met them a few times before and they are great people.  We love getting to know the locals because then we can understand how life is lived in different parts of the country.   Garry dropped by with his miniature grey hound and entertained us.  That dog could run so fast that I never even got a picture. 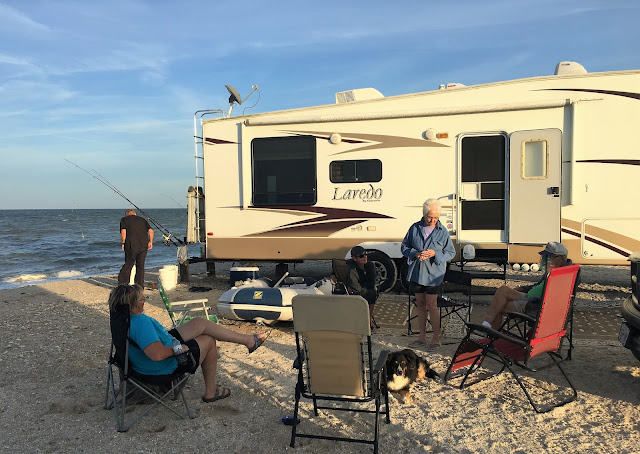 The view from our window tonight is similar to all the rest. 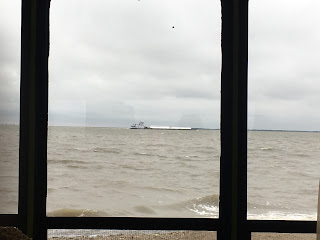 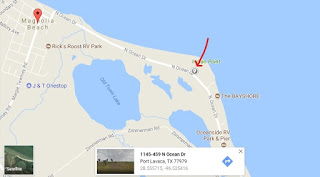 Posted by Lorne Green (A Place Called Away) at 17:16:00
Email ThisBlogThis!Share to TwitterShare to FacebookShare to Pinterest