This morning we said "see ya later" to Brian and Gloria and Luke the dog.  They have been good neighbours and we had some good talks.  They are moving down to Malakite campground on Padre Island.  They will be there until the end of the month so we may run into them when we head farther south in a week or so.  Gloria didn't want a picture very bad but I think this is a real good one, so sorry, I couldn't resist!!!  Thanks for your friendship!!!


We decided to move today as well because things are getting a little bit crowded here on the point.  I forgot to post that I had the drone up on Sunday and got a few shots so I will show you our parking arrangements. 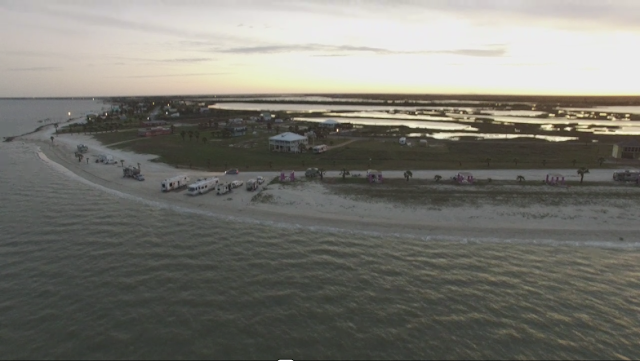 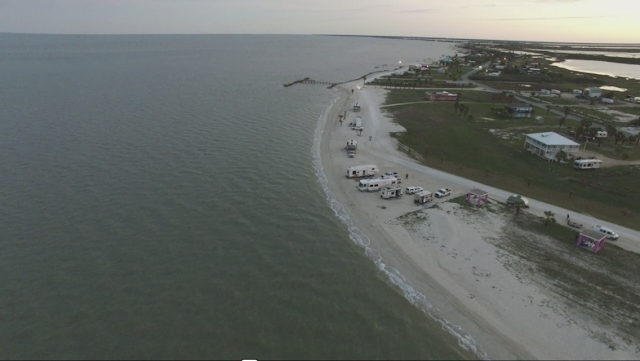 So originally it was Brian and Gloria and us with a few out behind us.  We were originally parked sideways so had a lot of beach captive.  Here's what happened. 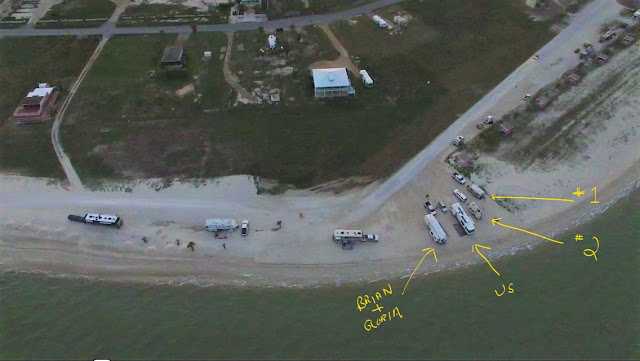 The other day, a couple from Oklahoma (couple # 1) were pulling in and wondered if they would be too close if they parked near the fence.  They wanted to be near their friends who were just around the corner.  We said sure that would be ok and that's where they parked  The next day we went to dump and when we got back we parked nose first so we could share a yard with Brian and Gloria.  Another couple (couple #2) showed up and decided that they could park in between us and couple #1.  We thought they knew #1 and that's why they wanted to park there but no they didn't know them at all!  #2 decided to have a bonfire (which I contributed wood to) and the smoke blew directly into #1's trailer.  I felt kinda bad but what could I do!!!  Don't get me wrong, they are a real nice couple, just not quite versed on the ways of the wilderness.  Next morning #1 was moved out and you could tell there was some tension.  We were glad we were moving too under those circumstances!!!  It was all for the better and now everyone has lots of room again.

****NOTE***  We learned about boon docking spacing a long time ago too.  Sometimes it leads to a neat friendships.  Right Bill and Patsy?

Our new spot is down at the what is known as the crabbing bridge.  Remember Pete the Pelican?  Well he was there to greet us when we got there.  He was guarding the bridge.

We have lots of room and even some green grass out our door and lots of palm trees.  It is about a mile closer to town, so will give us new walking spots for Charlie and I.  I think we will like it. 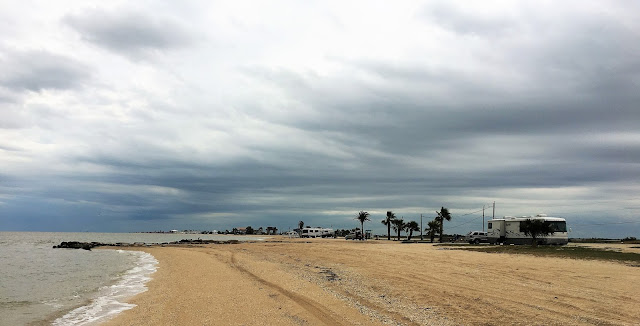 If you look right down to the far end of the beach, that's where we were.

There is a stately Blue Heron that hangs out on the rocks down here.  He just waits patiently for anyone to catch him a small fish. 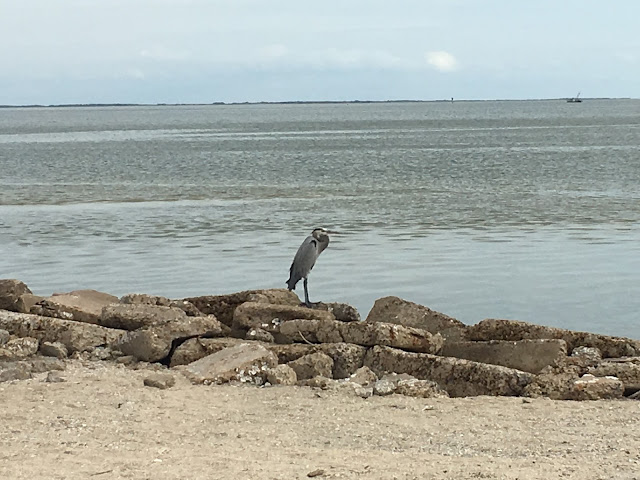 And we discovered a not so nice friend up in one of the palm trees.

He is quite dead and has been for quite a while.  Someone has cut the rattler off of him.  I would say he is 4 feet long and as big around as my wrist in places.  Our friend Gilbert, who lives here, thinks maybe he was caught in the surge from hurricane Harvey and caught on to this palm tree on the way by and held on tight.  He is twisted in the tree too much to have been placed there.

We decided to tilt our solar panels today because we are going to get some clouds so need to maximize the sun we get.  It makes quite a difference.  We were struggling to bring in 22 amps before and today I saw it in the 33 amp range.  We haven't been charging to 100% so maybe this will help out.

Everything down here is rusting.  It's like we can hear it at night chewing away at everything metal.

Christmas is slowly sneaking up on us and we are loving our little Ponderosa.  We have some more neat decorations to put up that I will show you later. 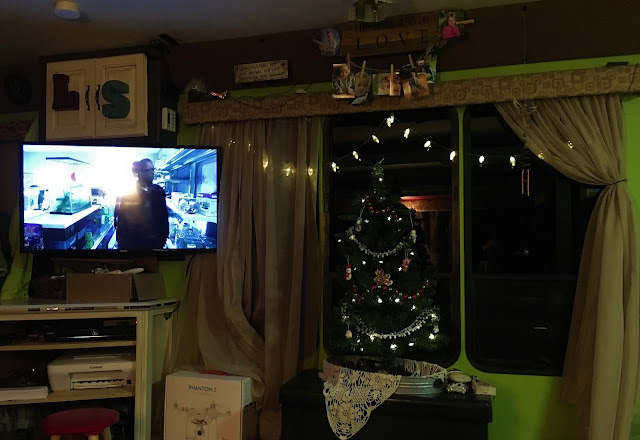 I will leave you with a view looking in our window tonight. 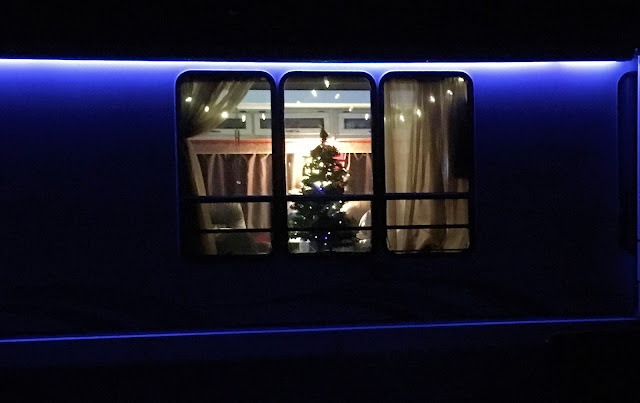 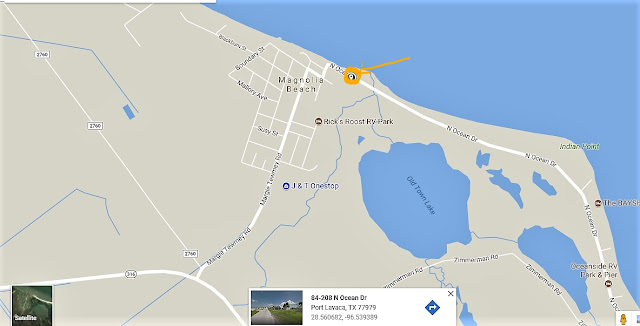 Posted by Lorne Green (A Place Called Away) at 20:11:00
Email ThisBlogThis!Share to TwitterShare to FacebookShare to Pinterest