Today we woke up to a beautiful morning.  We ran the furnace all night to keep us about 63F but as soon as the sun shone in the windows it warmed right up.  We sat outside for a while awaiting Brian Boone who is coming to look at our solar problems. 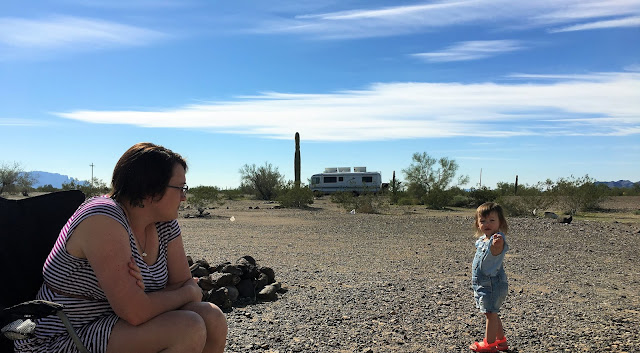 We spent the night here at Road Runner and I must admit I feel right at home in this area of the world.  The temperature was only in the 50's but we could still feel the heat of the sun on us. 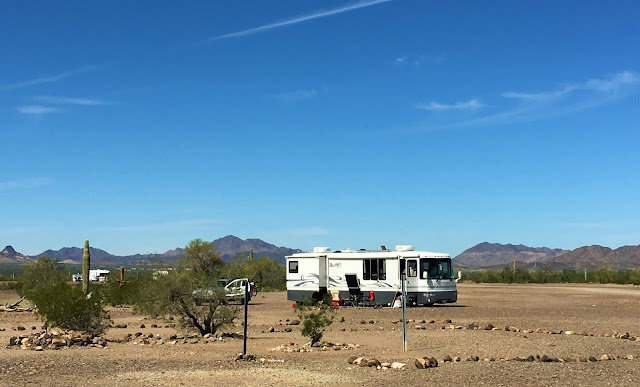 Just like he said he would, Brian showed up at about 11:30 ready to fix us up.  Now a little bit of the story of our solar problems.  When we arrived in Borrego Springs last Wednesday we discovered that our solar was not working.  To start out with it just showed that the panels were generating 40 amps but nothing was going to the batteries.  I played around with a lot of things including the monitor and the charge controller and checked all the wires and changed the shunt wire to a twisted pair instead of the straight wire I had.  I went over everything a few times and finally thought to myself - self, lets just wait for someone to tell us if it is a faulty charge controller.  Thats when we decided to set up to meet Brian in Quartzsite to look at the problem.  Remember he came here last night and confirmed that our monitor was showing zeros for input and charge side of the system.  Well today he came and had his tester with him.  He went to the charge controller and wiggled a few things, then said to me, "so tell me what the monitor says are the input amps".  I looked, and to my astonishment it was showing 25 amps with a boosted charge of 29 amps going to the batteries, just like it should.   I was flabbergasted!  I looked at Brian and said "What did you do?"  He looked back at me and with a puzzled look said "nothing!".   I thought he was kidding but he wasn't.  He had no idea what he had done but said something must have just needed a bump.  The problem with this kind of a fix is that no one knows what he did, and we won't know if it is a long term fix until it happens or doesn't happen again.  Anyway bottom line is that our solar is working fine now thanks to Brian's magic.

So we set our GPS for a boondocking spot north of Lake Havasu where our friend Kyra is hanging out. 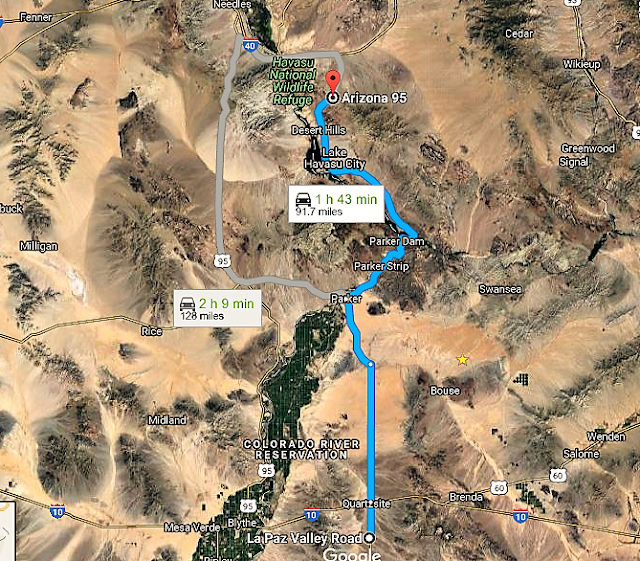 On the way north of Parker Kaitlyn and I were talking about the Dead Indian Mountain east of Quartzsite.  At the same time we were looking at the mountains north of Parker and both smiled and said "that must be the Dead Indians brother??"   Well we laughed so hard and decided to give him a name.  I bet you can guess what the name was?   If anyone knows if there is a name for this one, please let us know.  There must be some local folklore out there.

We headed north of Havasu to a dry camping area near mile marker 195 on #95.  Thats it up there on the right. 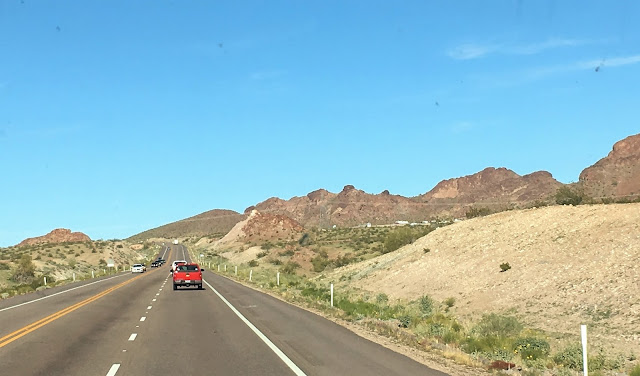 We found an awesome spot right by Kyra with the most beautiful mountain backdrop. 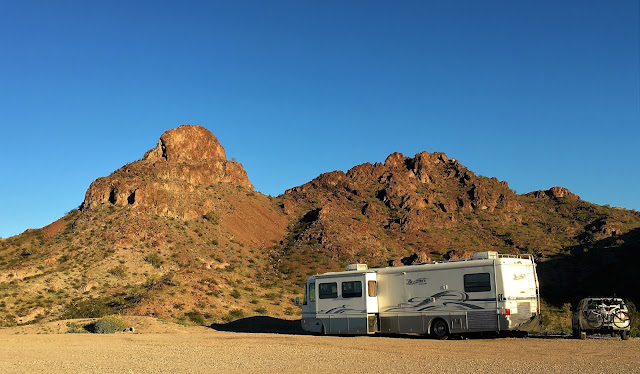 It got even more beautiful as the sun set in the west and cast a lovely orange glow over it. 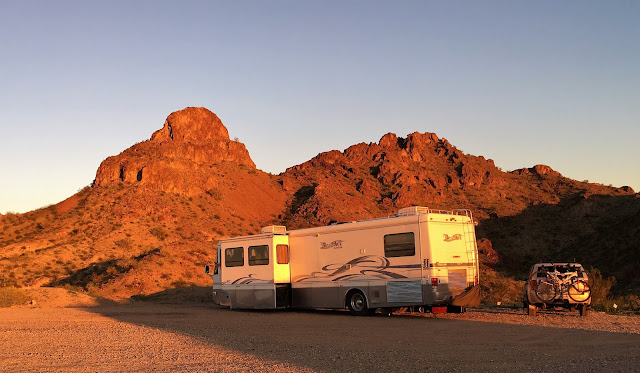 Things are getting so nice and green where all of the brown used to be.  The rains we have had are certainly bringing the desert back to life.  Charlie loves his nice big yard. 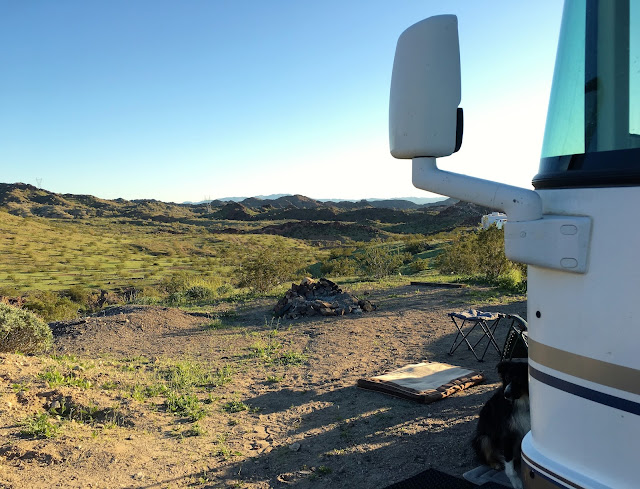 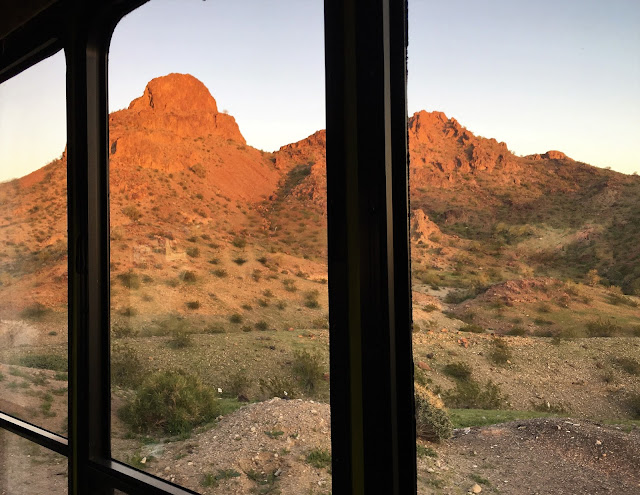 Posted by Lorne Green (A Place Called Away) at 20:04:00
Email ThisBlogThis!Share to TwitterShare to FacebookShare to Pinterest