Miles and Miles of Texas

Today was another travel day and a dreary one at that.  We didn't hit the road until almost 1:00 pm because we loved the spot by the lake where we spent the night.  We met a couple who had come out from Austin to photograph a loon which was swimming in the lake.  Apparently one of their fellow birders had called them to tell them that it was here.  Apparently seeing them around here is a rare sight.  They were impressed when I told them that we have them everywhere in Manitoba.


We are on our third day of travel in Texas.  We even played the song "miles and miles of Texas" as we were rambling along. 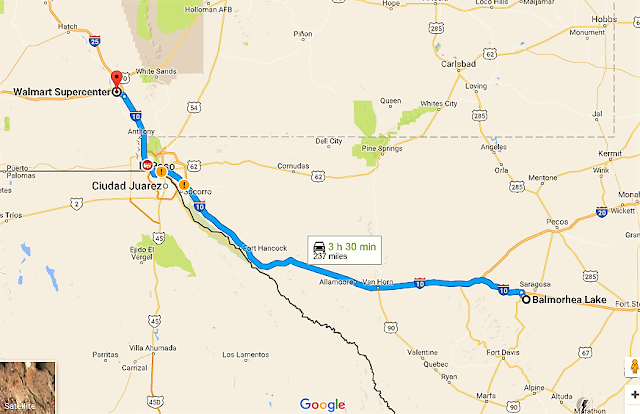 There are some nice small mountains to the south of us quite often and we finally got to go through a few of them as we got into El Paso. 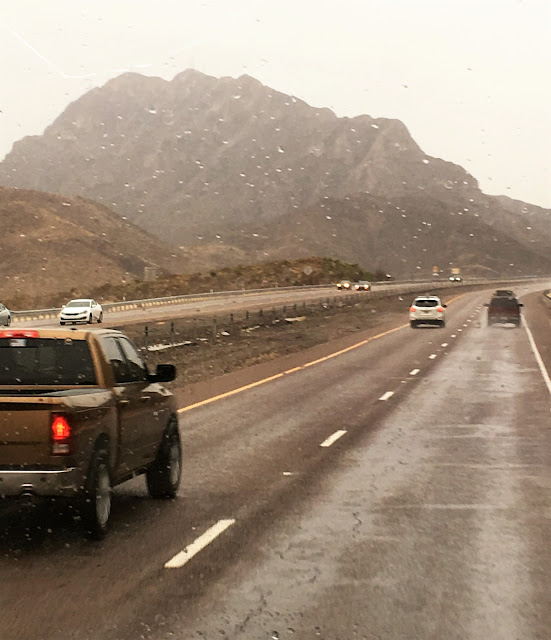 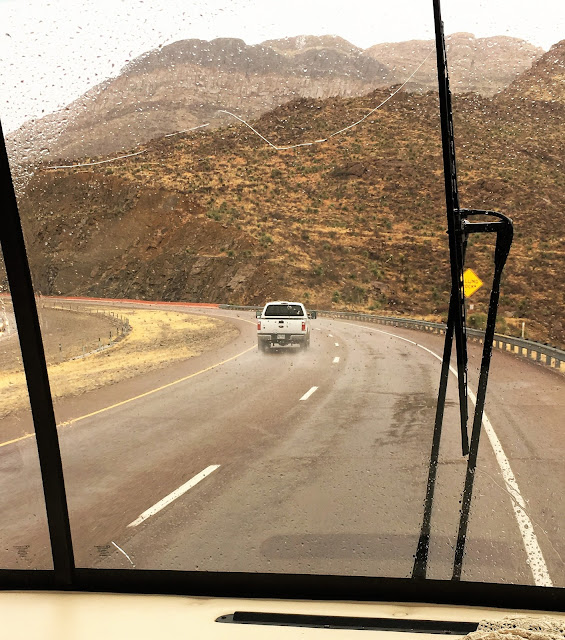 As we drove through El Paso we found the song "El Paso city, by the Rio Grande" by Marty Robbins just to set the tone.  There are so many songs about the south especially Texas.  Finally after a lot of Texas songs we saw the New Mexico sign.  Whew we thought we would never make it.

We had to go into Las Cruces to get fuel at $2.29 a gallon rather than the $2.73 we saw out on the highway.  Right beside the gas station was Walmart so thats where we stayed.  It even came with a security guard in a pickup truck that patrolled all night long.  And to top it off there was a Cracker Barrel right next door, so we had a yummy supper as well.

View from our window tonight


Posted by Lorne Green (A Place Called Away) at 20:33:00
Email ThisBlogThis!Share to TwitterShare to FacebookShare to Pinterest