When we woke up this morning it was rainy and foggy so we had to make a plan.  We have wanted to tour Mustang Island and Padre Island and the weather looked like it might be better down that way so we decided today would be a tour day.


We will not be heading any further south with the Motor Home this year so it was our chance to see Padre Island.  Both Mustang and Padre Island have all kinds of areas where you can camp on the beach.  Some of them are free and some are in State or Federal Parks and their fees apply.  The fees are reasonable and the most is 20 bucks a night.  In the parks you have access to washrooms, showers, and there is a dump station to service your RV. 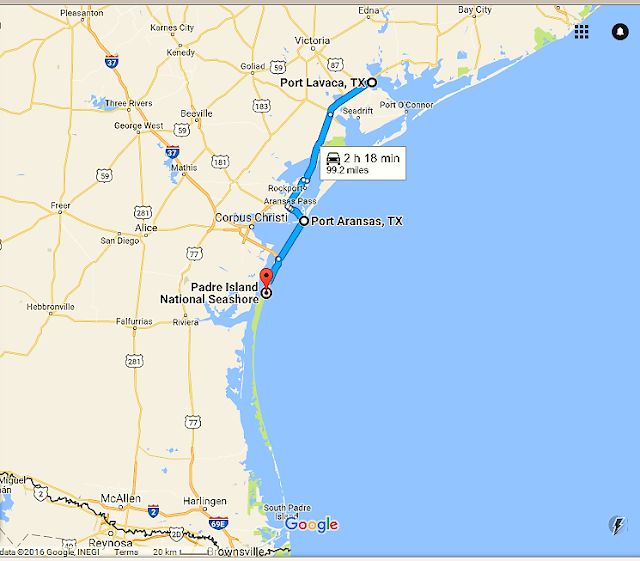 We were not far down the road when we came upon a little accident.  Although it looked serious, when we went by we noticed it was a construction area and the truck was hauling rock.  It looked like he may have rolled it while dumping.  Cardinal mistake of gravel trucks is soft shoulder when dumping.  That driver might want to go back to driving taxi.

We felt very much like we had been transported back to the Saskatchewan prairies.  The land here is flat as can be and you can watch your dog run away for days.  Back in the day when I smoked I used to say that Saskatchewan was so boring that I had to throw a cigarette pack out the window so I had something to look for on the way back. 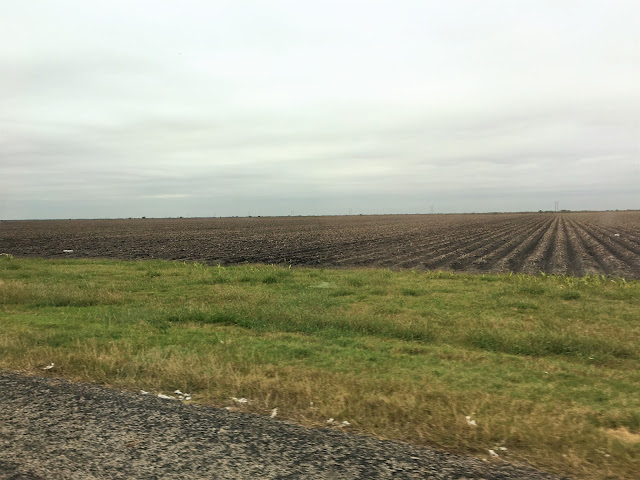 Down here in the south there are some awesome cooks.  You just have to know that this restaurant would have great food.  I would imagine the owner got a good mark in Home Economics but may have failed the English course.  Check the spelling on the sign.

Down the road we went through the city of Rockport Texas.  Any RV Blog readers will recognize this place as the hangout for Barney of Old Fat Man Adventures (OFM).  I bet he was out there fishing in Sneaky as we drove by.  If we had more time I would have liked to look him up and meet him. 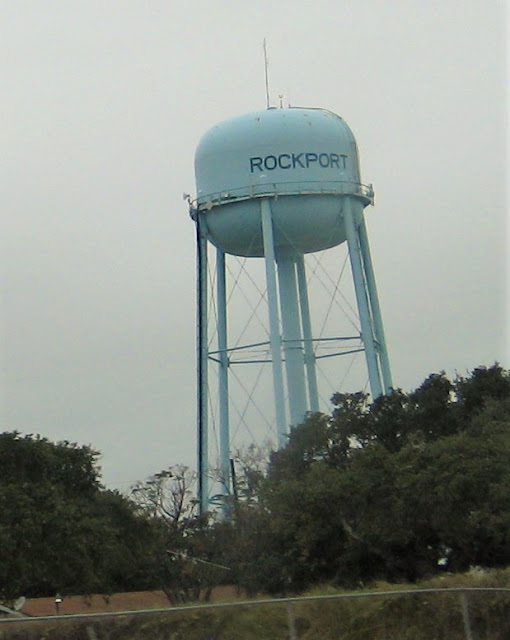 One thing we really notice around these parts is the colourful cemetery's.  I think this is from the Latin community because they are notorious for colour and they go to great lengths to honour and remember their dead.  I decided to stop at one just to check it out and , yes, most of the names were Latino.

We crossed from Aransas Pass to Port Aransas on a narrow causeway. 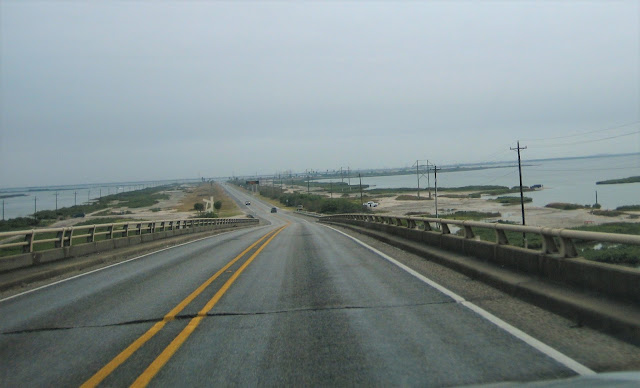 About half way across we causeway we came across a maintenance yard for ocean oil rigs.  There were 2 of them in dry dock.  I would think these ones were fairly small.   I found out that The world's deepest oil platform is the floating Perdido, which is a spar platform in the Gulf of Mexico in a water depth of 2,438 metres (7,999 ft).  Thats water 1 1/2 miles deep.

To get on to Mustang Island we had to cross a channel about 1/2 mile wide on a free ferry.  There were six small ferries running back and forth hauling traffic. 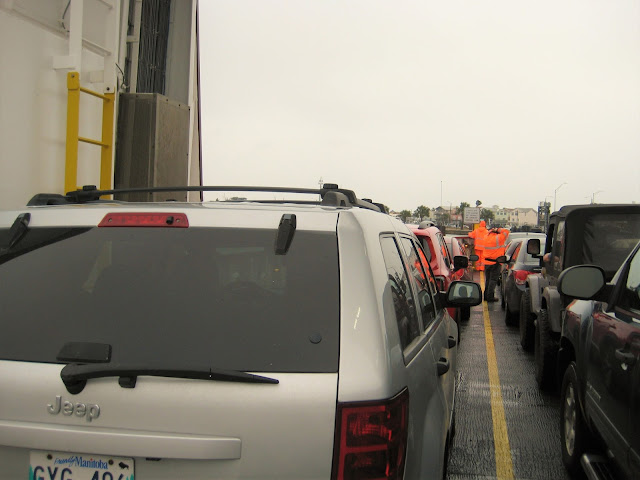 Mustang Island is a barrier island on the Gulf Coast ofTexas in the United States. The island is 18 miles (29 km) long, stretching from Corpus Christi to Port Aransas. The island is oriented generally northeast-southwest, with the Gulf of Mexico on the east and south, and Corpus Christi Bay on the north and west. The island's southern end connects by roadway to Padre Island. At the northern end of the island is Port Aransas with the ferry connecting it to the mainland.  There are lots of places to camp on the beach on the island.


We ran into a couple who were camping in a very interesting rig.  He called it a truck condom.  It is a tent that wraps around the back end of a pickup truck so you can put a mattress in the bed of the truck and you have the tent to live in.  It is an awesome idea and he said it only cost him about $150.00 so that is pretty cheap camping.  You can buy a Texsport Retreat SUV Tent which is much the same as the one in the pictures, from Amazon on our site for around that price.  Don't forget to do your Amazon shopping from our site and we will get a little something to help put fuel in the Ponderosa. 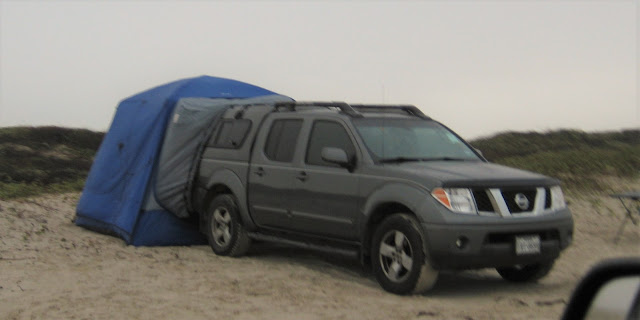 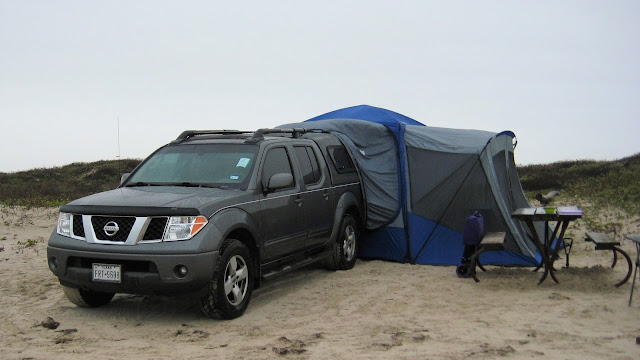 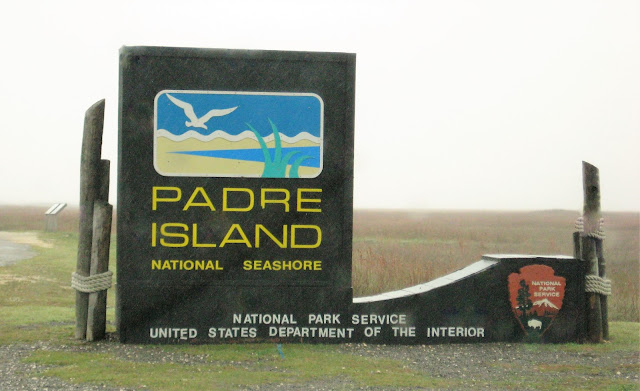 We were running out of daylight so we only went as far as the Federal Park Visitor Center.  We saw much the same on Padre Island as what we did on Mustang Island with lots of areas where you can camp on the beach.  It will cost a nominal fee though and it costs 5 dollars per person per day to be in the park. 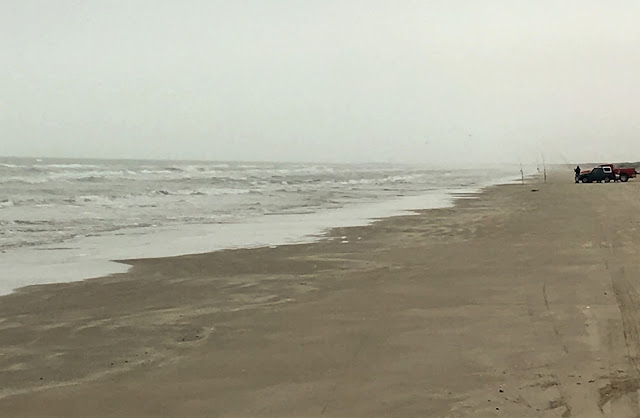 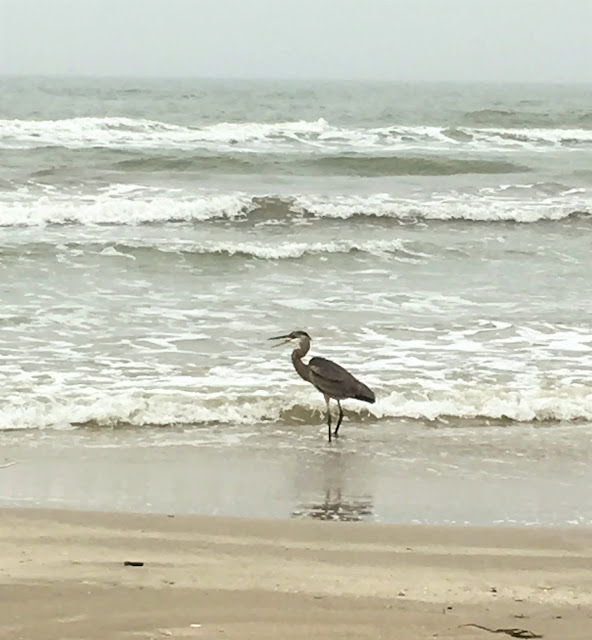 On the way home we came across a beach shop which I had to take a picture of because my daughter Sheri has a thing for sharks.  She hates them.  lol   I am posting it here to see if she really reads my blog.  This one is for you Sheri. 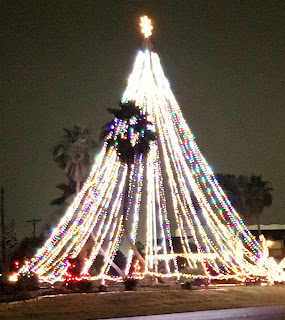 Posted by Lorne Green (A Place Called Away) at 20:18:00
Email ThisBlogThis!Share to TwitterShare to FacebookShare to Pinterest