The Tortoise and the Hare (turtle and the racetrack)

Today we headed out to see if we could get some satisfactory information on the generator problem.  We headed to General RV in Tampa.  On the road out of the park we came across a turtle on the road so stopped to take some pictures.  When Sue went up to him he retracted into his shell very quickly but after a bit he decided to move on.


So a local guy with no teeth (what's wrong with that???) and baggy coveralls stops and says "what yall think of that??"  That there is a gopher turtle and although there are lots of them dad gum things around they are actually an endangered species".  He says "The locals like to make soup outta em.  They catch em and turn em upside down and scoop the innards out, add a little spice and water and cook em right in the shell."  And off he goes in a cloud of smoke with the old pickup a smokin and a wheezin.  Well who am I to say whether this is true or not but it made for a good story. 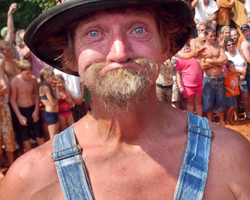 After rescuing the turtle we carried on to General RV in Tampa to see about fixing the generator. The service guy there said that most RV sales and service places can't do much with the engine, transmission, brakes or generators of an RV. He said we need to go to a Cummins/Onan/Generac certified service facility and recommended one over by Lakeland, so we will investigate that on Monday.  While we were close by, we decided to stop at Lazy Days again to look at RV's.  They have so many that it makes your head spin.  When we started to fall in love with a few of them we knew it was time to go.  Right next door to them is our favorite lunch spot so off we went. It seems like Christmas is coming to Cracker Barrel too. 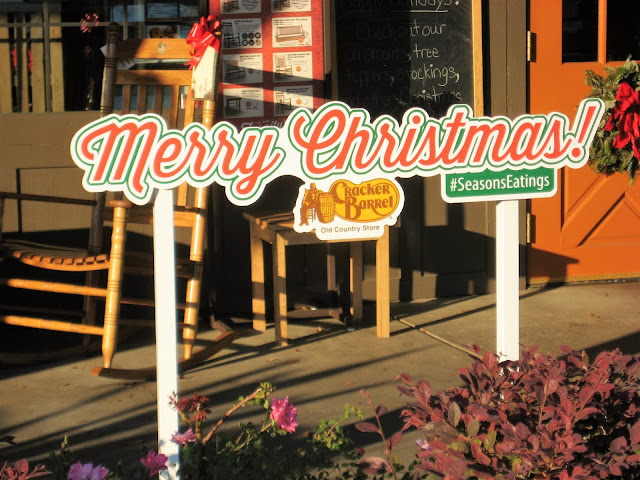 With our tummies full we headed off to the races.  They were at the East Bay Raceway which is on the south side of Tampa. 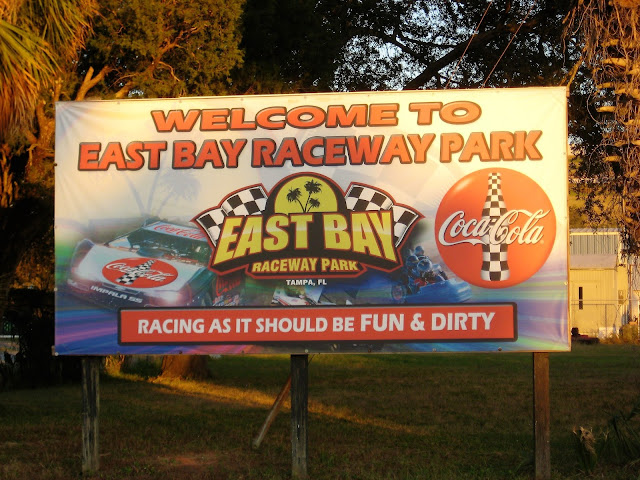 The racetrack facility looks like it was a going concern at one time but there are signs that things are not as rosy as they used to be.  There were a lot of old RV's sitting around rotting with no sign of being used in quite some time.  The stands could hold about 3000 people but were in need of some new boards and paint.  I figure there were 1000 people here tonight.  I love the good old dirt track racing. 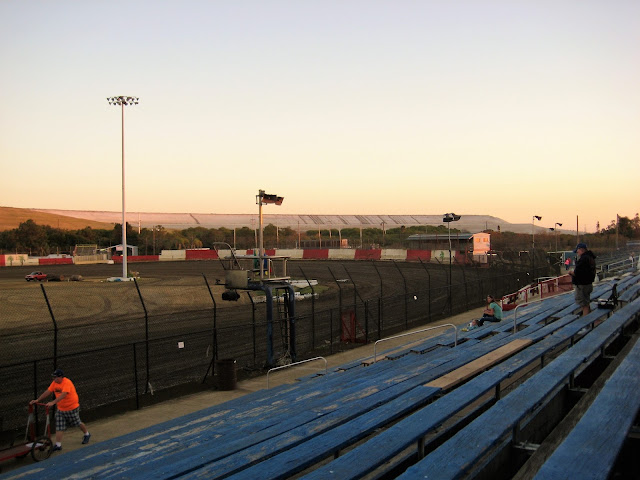 Car racing seems to be an expensive hobby when you have to have this kind of a combination to bring to the track. 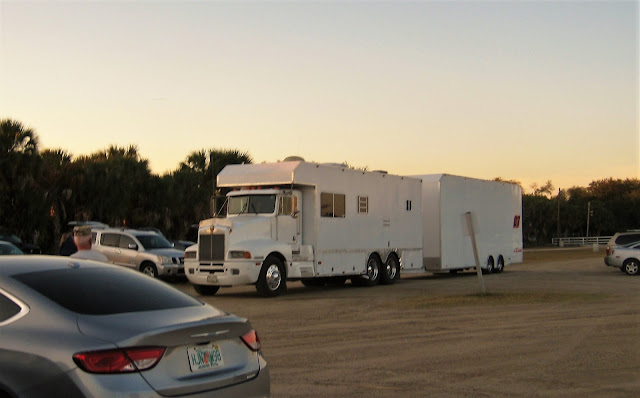 But when it came to race time the racing was very well orchestrated.  There was very little time between races and the next race cars were entering the track before the last ones left.  And the action was great.  We watched about  2 1/2 hours of fun filled racing. 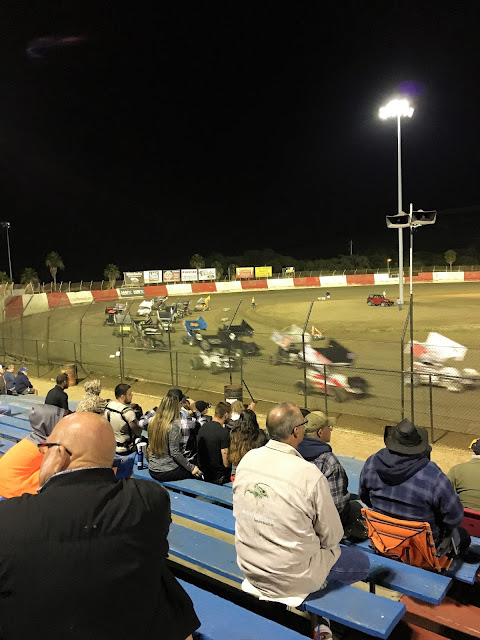 By the time we got home it was quite late so there is no view out our window tonight.
Posted by Lorne Green (A Place Called Away) at 19:34:00
Email ThisBlogThis!Share to TwitterShare to FacebookShare to Pinterest