Today we are heading to Brooks Alberta for Donovans Lacrosse tournament.  We will be taking the Ponderosa because we have to stay for 2 nights.  If we didn't it would cost us for 2 hotel rooms plus we would have to eat all our meals out. 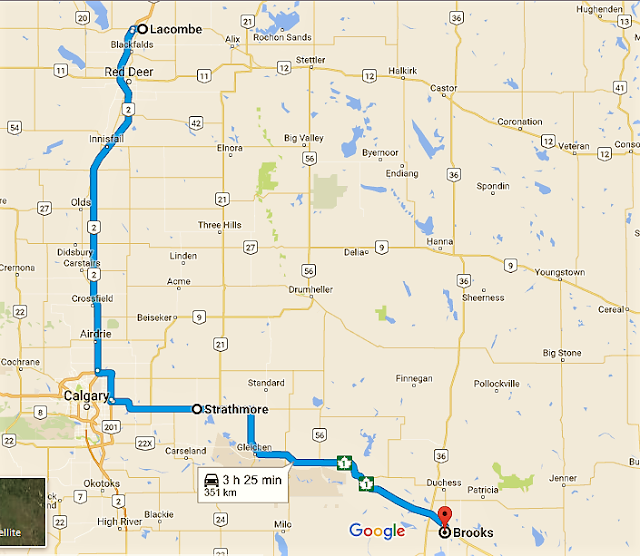 Sheri has to work on Saturday, so she will bring the jeep down on Saturday afternoon and join us for the evening game then.  We will then be able to hook the jeep behind the Ponderosa for the trip back and save gas in it.

Sue and I picked up the kids at noon and headed out for Brooks.  Donovan had a 6:30 game so we needed to be there by 5:30.  We arrived in lots of time and were allowed to park the Ponderosa in bus parking while the game was on.  Donovan was fed the traditional pre game supper of Kraft dinner. 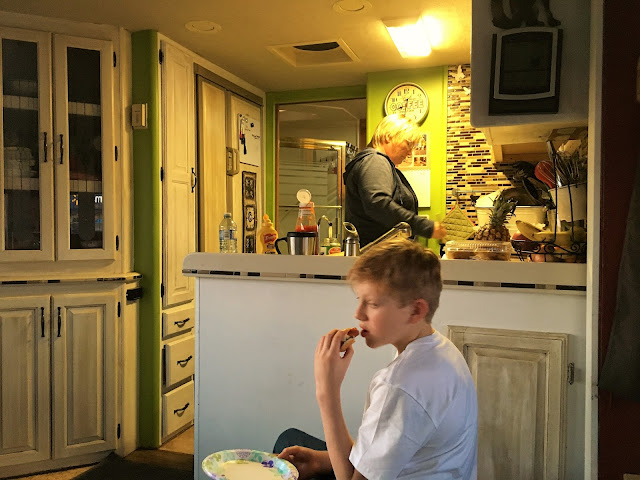 The game of Lacrosse is a new one for us and is quite a rough game.  How many of you know that Lacrosse is the National Summer Game of Canada.  Hockey of course is the National Winter Game.  The boys played well the first game although they ended up losing it.  This was their first actual game of the year so I thought they did well. 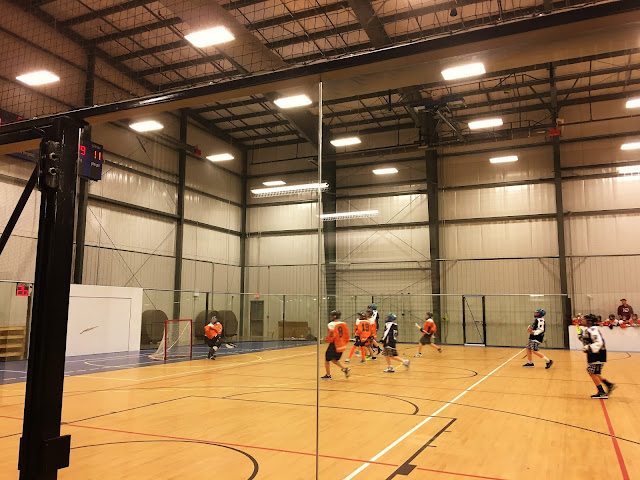 After the game we moved the Ponderosa to Walmart to do some Wally Docking. 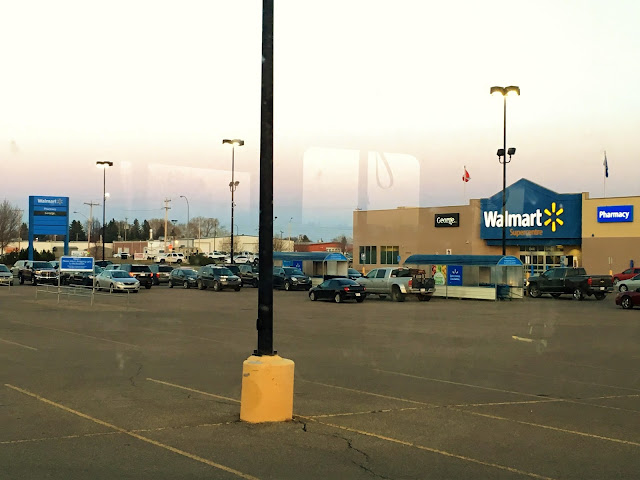 The parking lot borders on a great big field so there is lots of room for Charlie to run.  There is also a nice playground just across the field for the kids to play in. 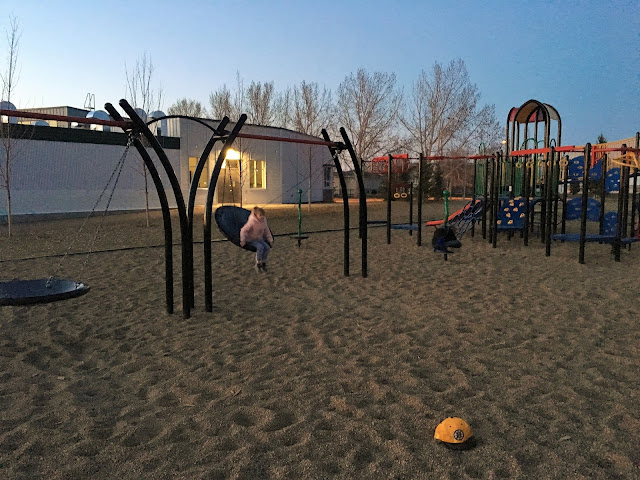 After the playground, Dani and I went to Walmart and bought a pie and some ice cream to go with it.  That made for a yummy snack.  Heres Dani carrying the treat back. 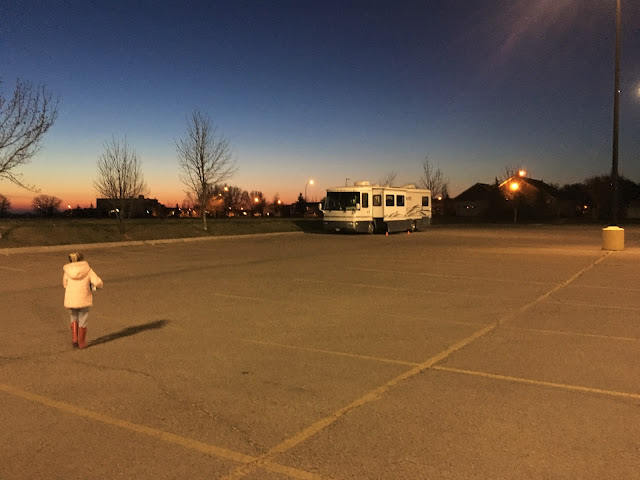 The sunset here reminded me of the ones we get all the time down south except the temperature here is barely above the freezing mark.  Canada can be such a pretty place to live once summer decides to join us.

Tonight we are Wally Docking in Brooks, Alberta, and this is the view from our window. 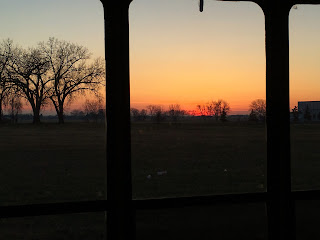 Posted by Lorne Green (A Place Called Away) at 09:36:00
Email ThisBlogThis!Share to TwitterShare to FacebookShare to Pinterest