Back to Lacombe after Tournament

Well we haven't done so well in this tournament.  We are 0-3 after the round robin and just figured that we would not be in any playoff since every other team has one at least one game.  Well we were informed that we have to play off for bronze tomorrow at 1:30 pm.   Now I have a little problem with how they do this.  Lets just take the team with the 3rd most points and give them the bronze and let them go home.  No, thats not how it works, there are no losers here and we all have to get the proper medal (which they didn't have any of anyway).  So rather than going to check out the dinosaurs at Drumhellar, we had to stick around to play another game, which none of the boys even wanted to play.  The score was 15-1 after about half the game and they were all just playing around.  What a waste of a day for everyone because even the kids didn't want to play this game.  Just my opinion.  Guys overall had a good time at the tournament so the weekend was fun. 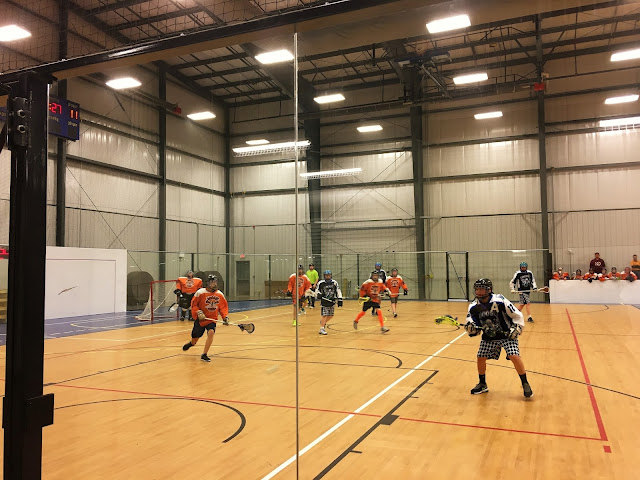 I'm not sure if you have ever seen the faceoff, but they get down on the floor and the ref puts the ball between the back side of their sticks and when the whistle blows they fight for control.  Never saw that before. 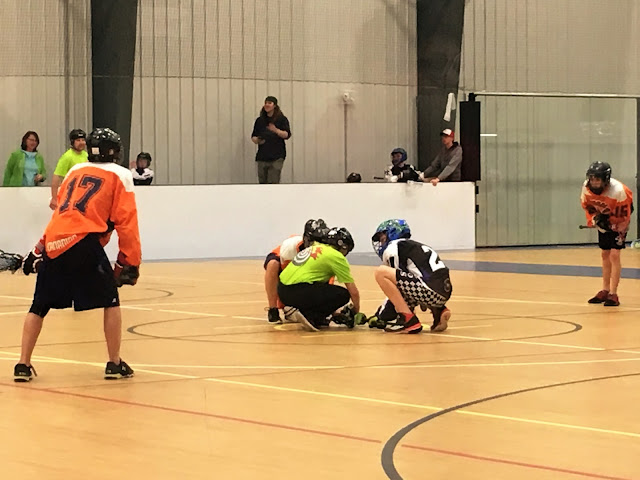 While the last game was being played, Dani spent some more time in the pool.  The one time I was there watching her the waves started and all I could see was our little girl being tossed around back in the corner of the pool.  There were huge waves back there and she loved it. 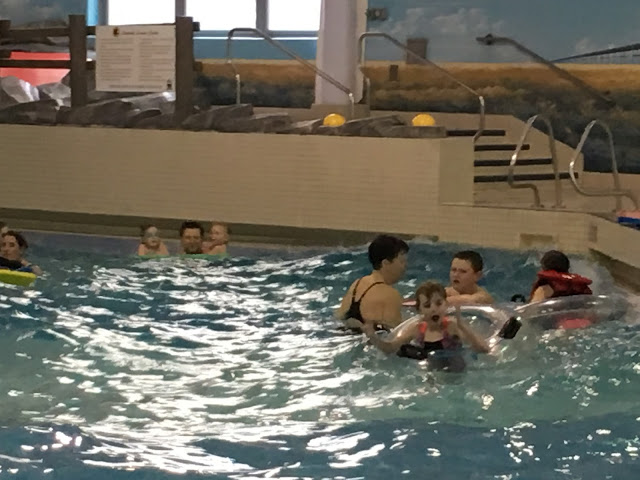 So about 3:30 we headed for Lacombe in the Ponderosa. 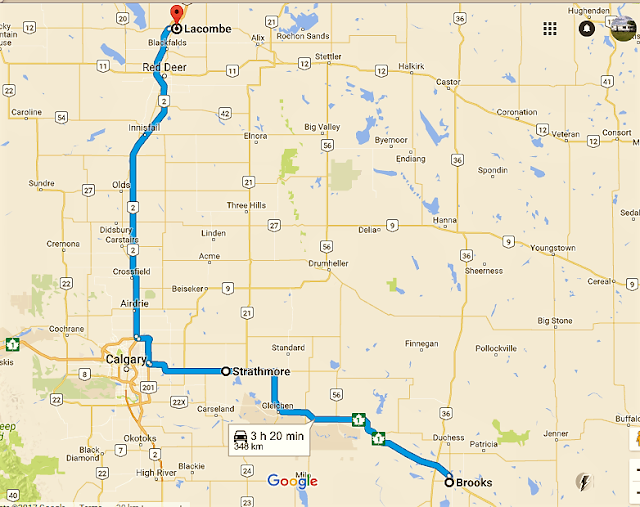 Had a non eventful drive and of course the girls had to stop a couple times to shop.  Finally we saw Gasoline Alley ahead and knew we were almost there.  Red Deer has a famous part of #2 highway that has always been known as gasoline alley.  Originally there were only gas stations and motels on this stretch of highway but now there is Costco and all kinds of stores here. 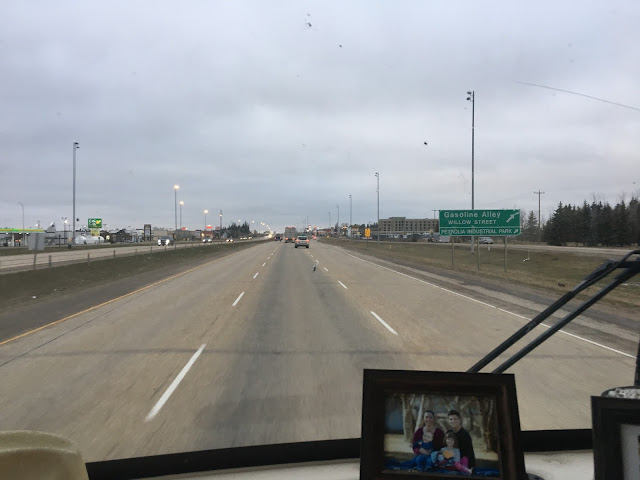 Tonight we are Street Docking outside our daughters house again, in Lacombe Alberta, and
this is the view from our window. 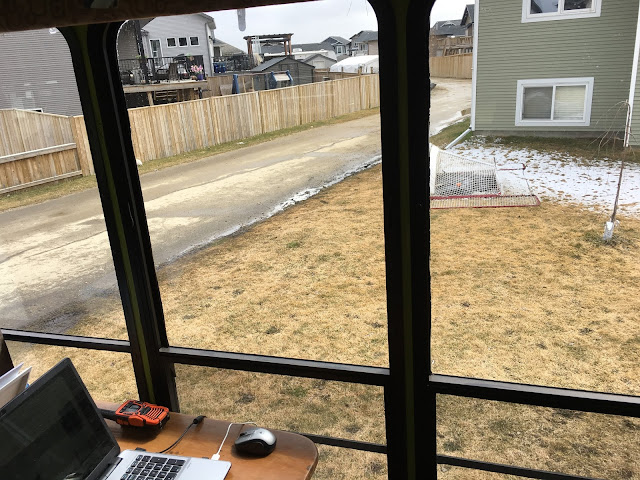