Woke up this morning to scattered clouds and no wind to speak of.  Nice break after a night of rain showers and lots of wind.  We put the slide in last night, not because we were really concerned about them, but rather because the wind makes some weird flapping sounds in the slide toppers and it wakes us up sometimes.   Charlie and I headed off for a walk and passed this sign which is one of the reasons we picked this spot.  There is not target shooting allowed. 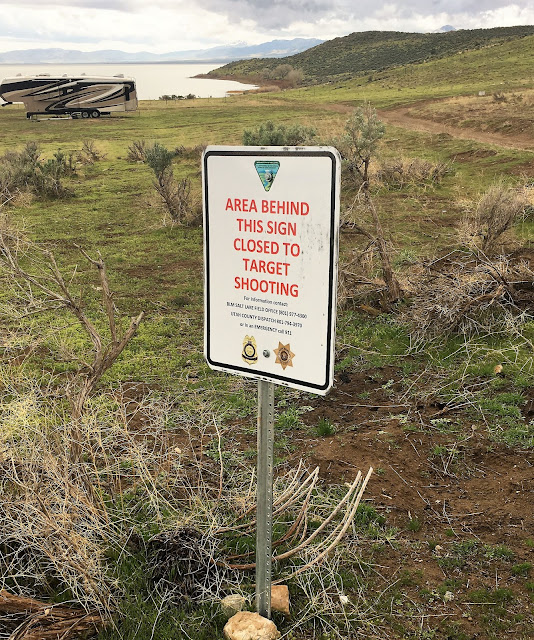 As we were walking along a nice couple stopped with their bus conversion to talk.  They are full timers from Arkansas, and are living in a Thomas bus that he and his dad made into a home for them.  Hope to see more of them.  I found out that they do a blog called Natural State Nomads.  Check out their blog. 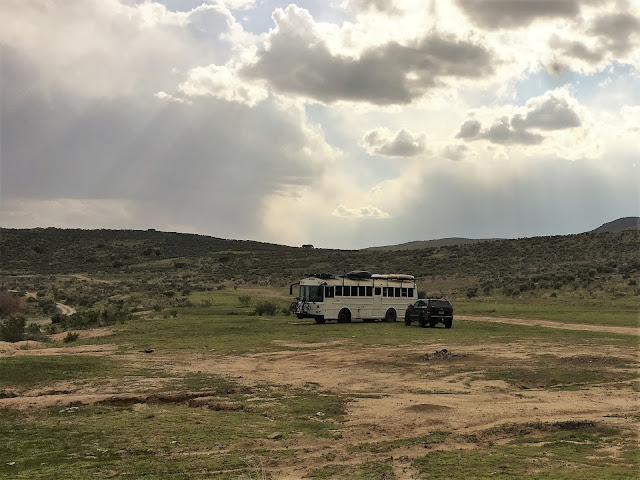 After chatting for a while with Zak, Charlie and I started out down the road.  We got sidetracked again by our other neighbours Mike and Sabrina from Texas.  They are full timers as well and have been here for a couple weeks.  Charlie and their dog got to meet and exchanged the formal sniffs. Finally we headed up the big hill beside us and looked back down on the Ponderosa.  I have to take it easy climbing the hills here because it is tough on the ticker being way up in elevation.  I notice quite a difference from being at lower altitudes but I just slow down a bit to compensate. 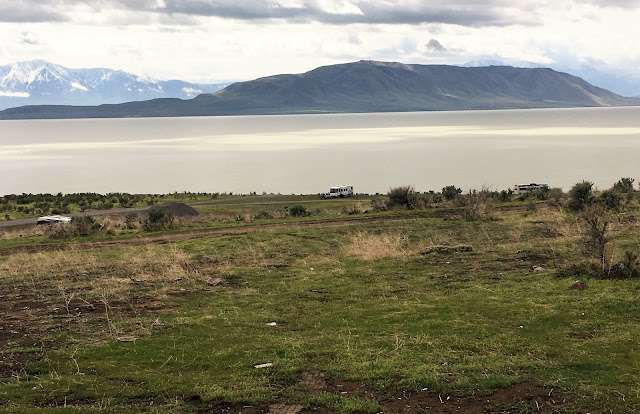 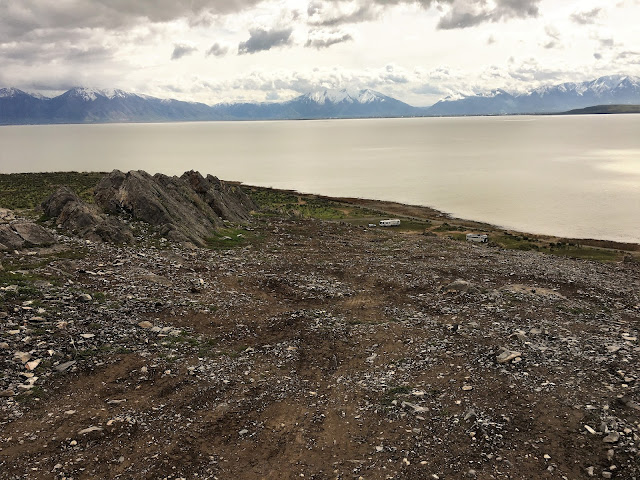 A big flock of white Pelicans came over and a couple flew over our heads.  Made me wonder if they were our pelicans from the lake back home.  Maybe that’s why they circled us??  Ralph was saying to Gertrude “why look down there Gertrude, there’s that guy and his dog from up in Canada at Rivers Lake!!  Small world!!” 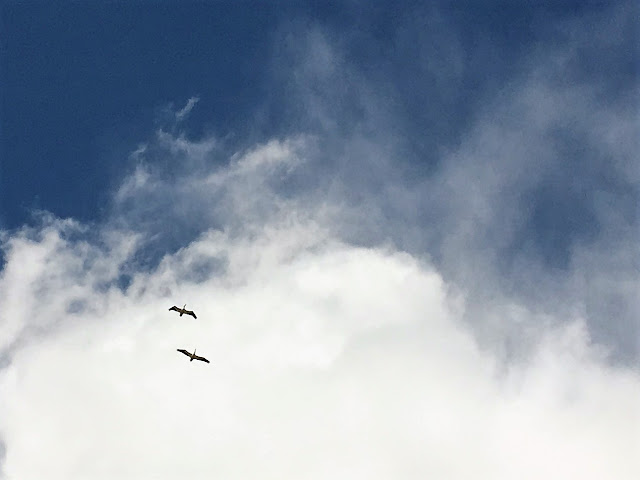 Sue and I spent the afternoon doing some projects that needed done.  Sue is fashioning a screen for our front door to keep the bugs out this summer. 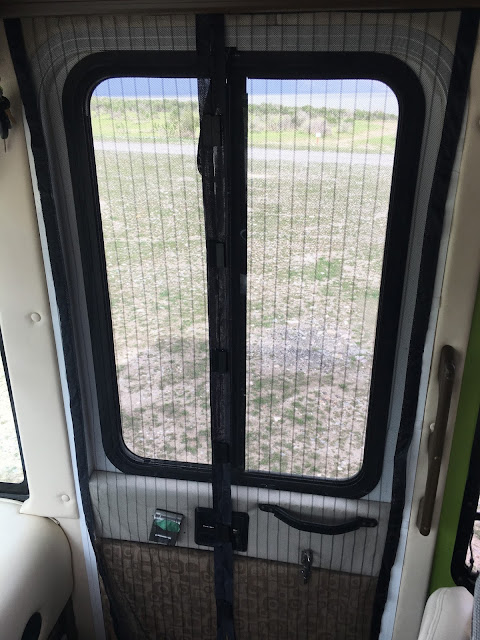 My project was to put a new end on our light cable from the Ponderosa to the Jeep.  I have been having trouble getting the left signal to work on a regular basis, and that is an important signal direction.  The old plug was a 4 pole connector on the Jeep end, and I couldn’t seem to find a replacement for it.  So I stopped at NAPA the other day and picked up a 6 pole plug and receptacle which is the same as what is on the Ponderosa end.  That meant I had to rewire the new receptacle into the Jeep as well as replacing the plug on the cord.  I only needed four wires so there are a couple spare prongs in the plug. 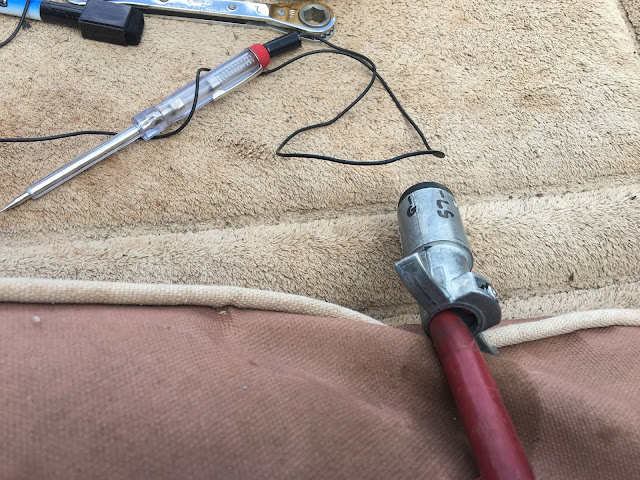 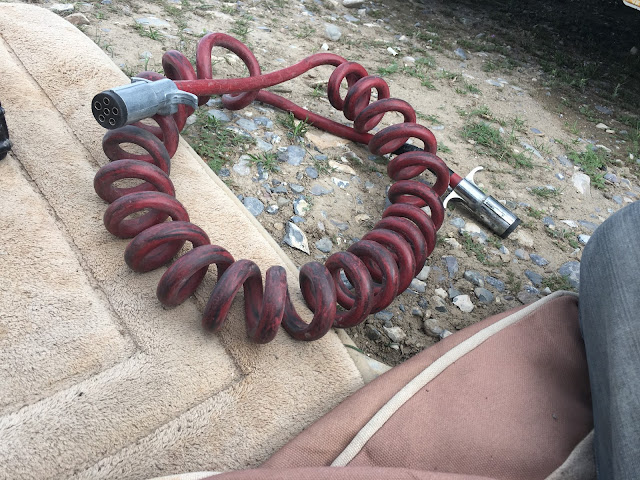 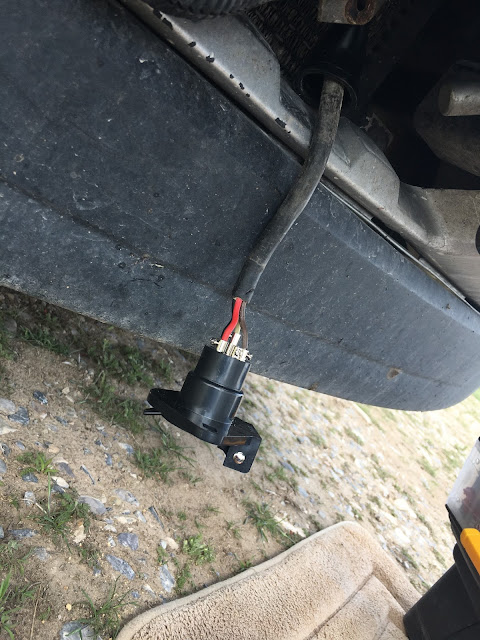 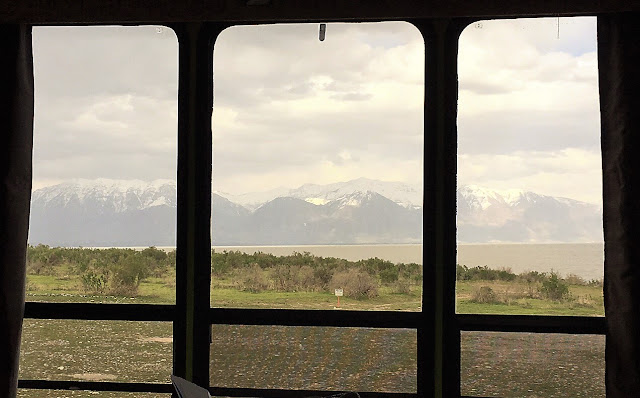 Posted by Lorne Green (A Place Called Away) at 08:42:00
Email ThisBlogThis!Share to TwitterShare to FacebookShare to Pinterest