Well, it did it again.  Winter just will not let go of Alberta.  Although it wasn't too cold this morning, it was snowing like there was no tomorrow.  Great big fluffy flakes, the kind that my mother used to say signaled the end of winter.  Hope she was right. 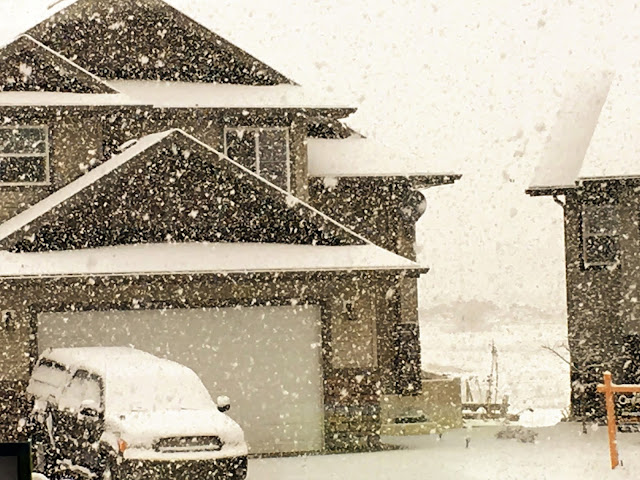 Charlie didn't spend a lot of time doing his business this morning because the flakes were big and really wet on his back. 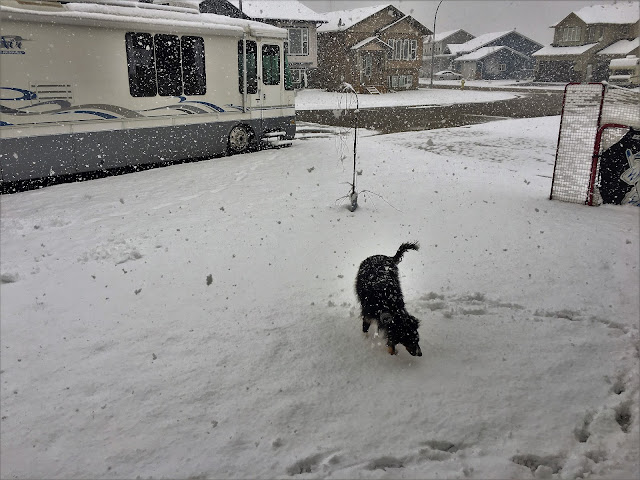 He chose instead to take Sheri up on her offer to lay on her couch an snooze.  I think she may have created a monster with this.  The only time he is allowed on the couch in the Ponderosa is when we are moving. 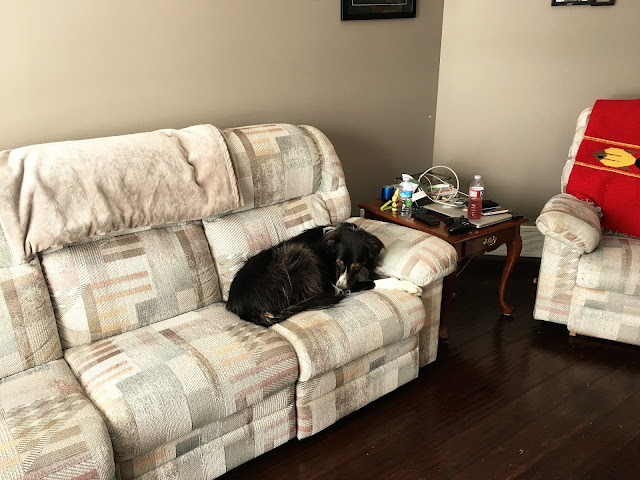 Charlie and I had to head downtown for some groceries so he stayed in the car while I shopped.  The parking lot looked quite wintery with all the snow around. 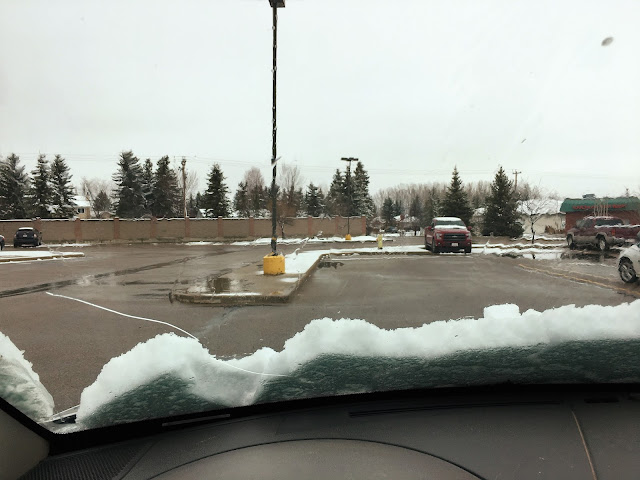 When I came out I told Charlie to get in his seat belt and he did.  I don't think he wants to take a chance on these slippery roads. 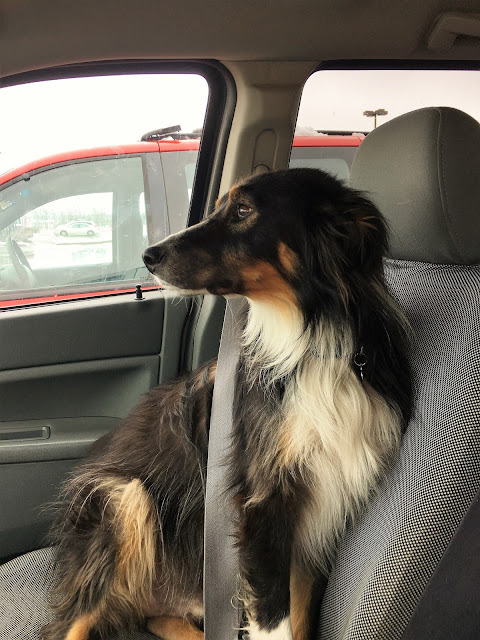 By the time we got home it had quit snowing but there was 3 or 4 inches on the walk, so I got out the shovel and carefully shoveled it off so it would dry up faster. 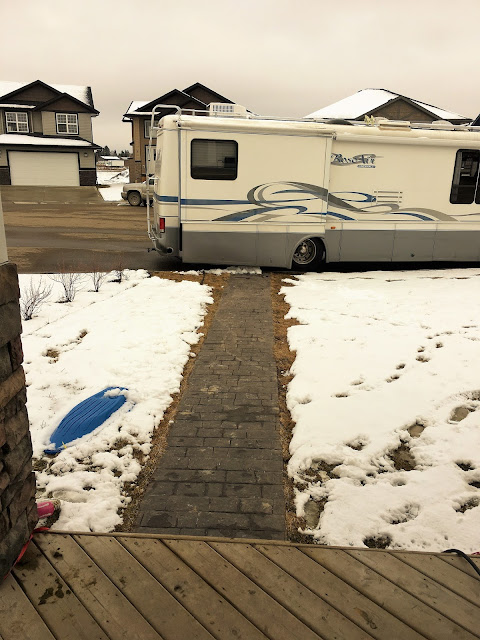 Sheri and I had to take Donovan to a Lacrosse practice in Ponoka after supper.  Ponoka is about 15 minutes north of Lacombe and is the home of the Ponoka Stampede which is held every summer and draws a lot of people to it. 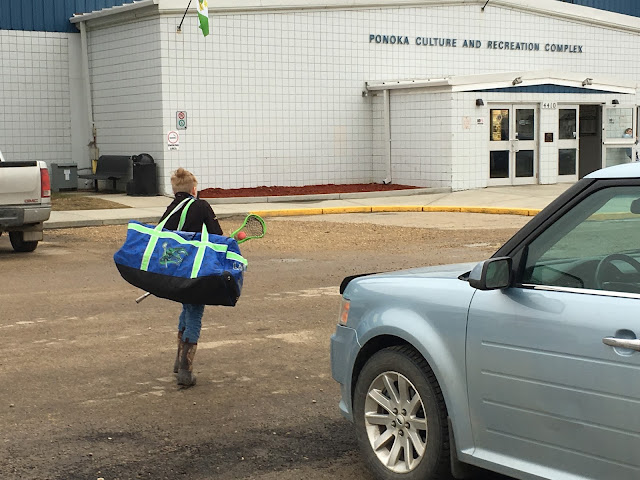 I tried to take a picture of the practice through the plexi glass an this is how it turned out.  Im not sure why but it is an interesting photo.  I will get some better pictures on the weekend when we are at one of his tournaments. 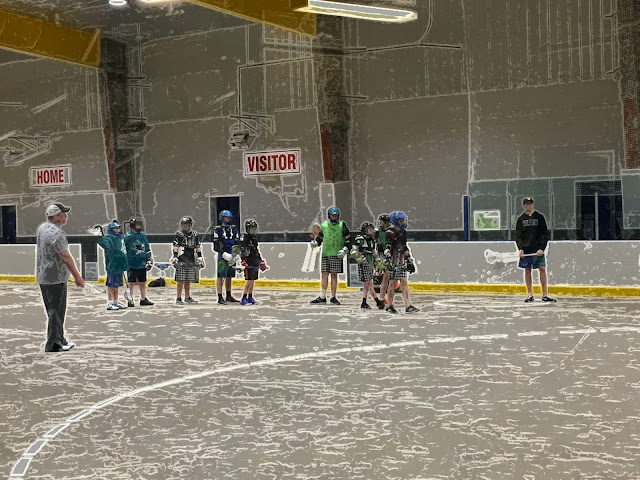 Tonight we are Street Docking outside our daughters house in Lacombe Alberta, and this is the view from our window. 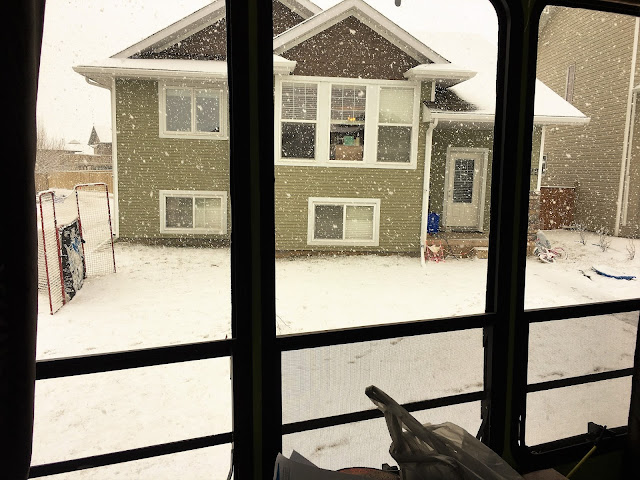 Posted by Lorne Green (A Place Called Away) at 13:21:00
Email ThisBlogThis!Share to TwitterShare to FacebookShare to Pinterest