A Celebrity Comes to Town

Its been a long cold winter for some of our friends.  It looks like they have been here for a while waiting on us.  I'm not sure if our food and ice cream will save them.  Actually these campers are regulars and they draw a lot of attention with their display out front. 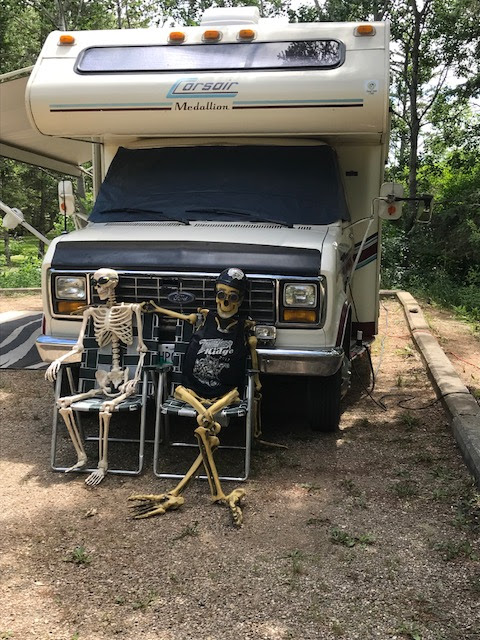 And Park Patrol were waiting for some good old "Shack" food.  These guys stay in the park all week in a bunk house, and they love to come and treat themselves to some good old junk food once in a while.  It is no secret that Sue makes the best food in the park.  These guys were even wearing their flack jackets in case someone tried to steal their food at gun point.  Oh wait, we have no guns here!!! 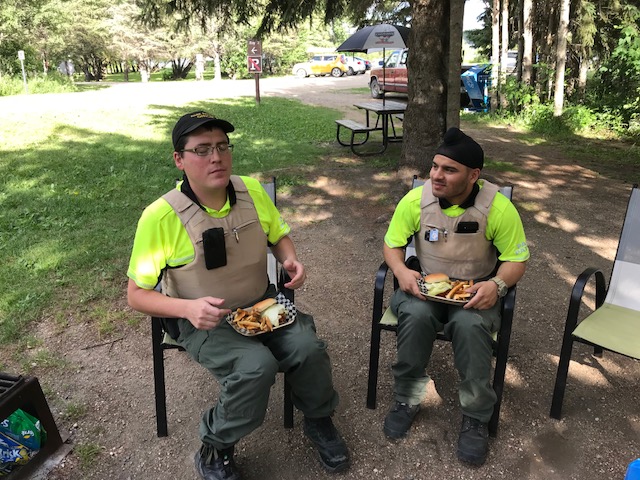 We had a draw for some lawn chairs on the long weekend and a neat family from around Winnipeg won the chairs.  They were quite happy and said they would be back again next year to stay for a while. If you remember last year when we were in Las Vegas we went to a World Curling game where I ran into my old friend Resby who is currently the President of the Canadian Curling Association.  When I saw him in Las Vegas he told me that 2 time Olympic Curling Champion Kaitlyn Lawes would be coming to Rivers for a fundraiser and Resby would be with her as the Master of Ceremonies.  Well it all came together and we were honoured to attend that function in our Community Center.  There was a great crowd and they raised some $10,000 bucks for the Recreation Complex.  Now remember our community is only about 2500 people so this was a great turnout.

Resby of course gave a rousing speech as he always does and worked up the crowd for the guest speaker.

Now Resby of course could not resist the opportunity to make mention of me and how I was trying to teach my US friends about curling before we went to that World Curling Game in Las Vegas.  He made sure to put a picture up on the screen at the front of the room for all 250 people who attended, to see.  This was the picture he chose.  I think I turned 6 shades of red when I saw it.  Karma is sweet and one day Resby will be the subject of my retaliation. 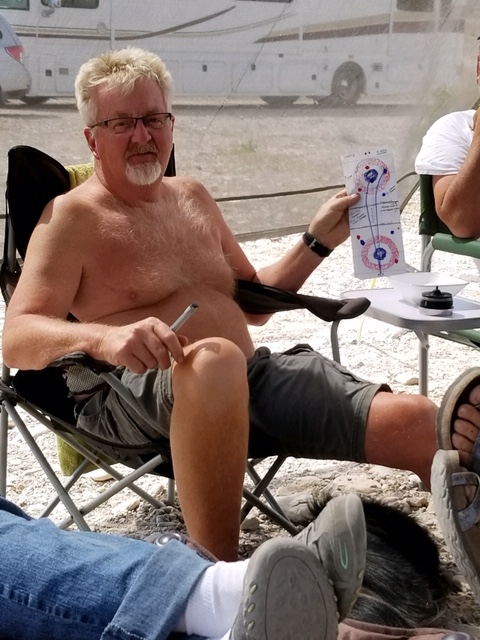 And then Kaitlyn took the podium and kept us spell bound with her account of everything that happened in her quest for 2 gold Olympic medals. Wikpidia says this about her.. Leslie Kaitlyn Lawes (born December 16, 1988) is a Canadian curler. Lawes plays third for the Jennifer Jones team that represented Canada at the 2014 Winter Olympics where they won the gold medal. They were the first women's team to go through the Olympics undefeated and the first Manitoba based curling team to win at the Olympics. Lawes curled with John Morris in the mixed doubles event at the 2018 Winter Olympics where they won gold. This win made her and Morris the first Canadian curlers to win two Olympic gold medals, and Lawes was the first to win gold in two consecutive Olympics.

We were really impressed with how an Olympic Champion can be such a down to earth person.  She reminded us all that anyone can achieve their goals if they just set their mind to it.

It was a great evening and I wish my US friends who came to that World Curling game this spring, could have experienced this social side of the great game of curling as well.

This was one of the very few evenings that Sue and I had a chance to get out and enjoy being away from the shack.  It was also an opportunity for us to hang out with all our friends from the curling world who we don't get to hang out with much any more because we don't curl.  Thanks to the curling club for an enjoyable evening.


Posted by Lorne Green (A Place Called Away) at 07:14:00
Email ThisBlogThis!Share to TwitterShare to FacebookShare to Pinterest