Well summer came to an end rather abruptly.  Our last day for CJ's was Sept 9th.  Up to this date we had been wearing our shorts because it was quite warm out.  Well on the 10th the chill started to move in and the wind blew chilly.  We moved the Ponderosa over to the Shack because the park turns off the power to our seasonal site and we have our own power at the shack. 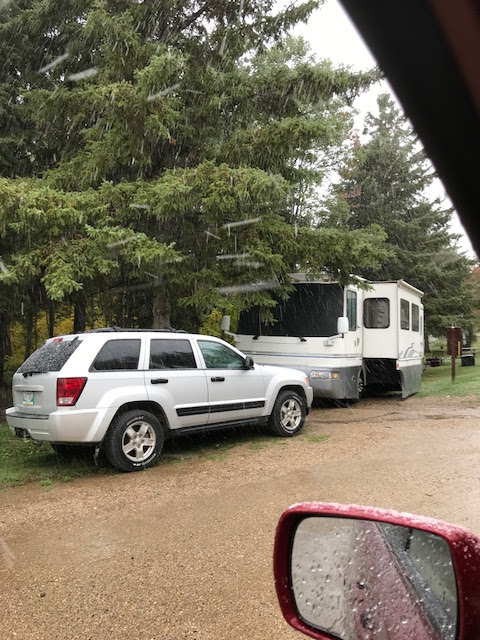 We didn't do a lot for the first couple days and as the week progressed it got cooler and cooler.  The leaves were changing fast and the colours were really nice. 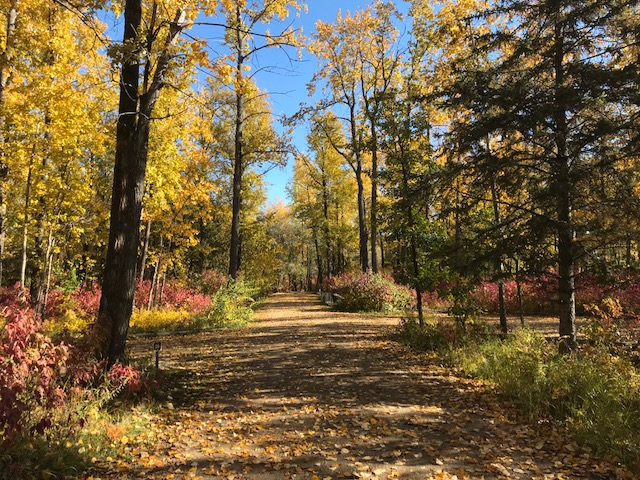 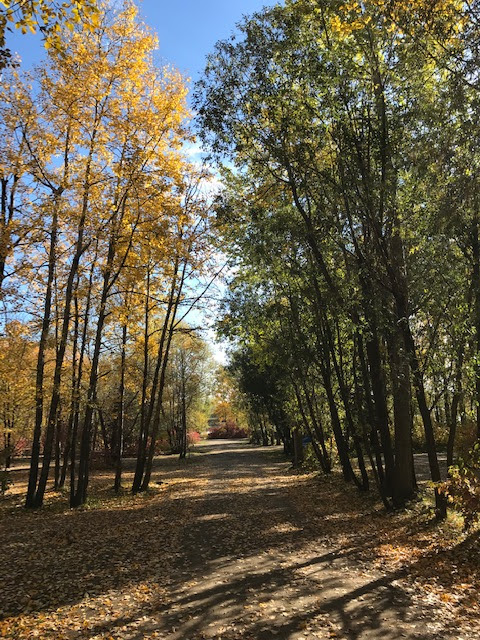 One of the things that happen around here as the weather starts to cool, the mice start to look for a winter home.  I guess they heard we were gonna head south at some point and they decided to invade the Ponderosa.  I got out the traps and bingo, we started to catch them.  I caught about a dozen of the little critters. 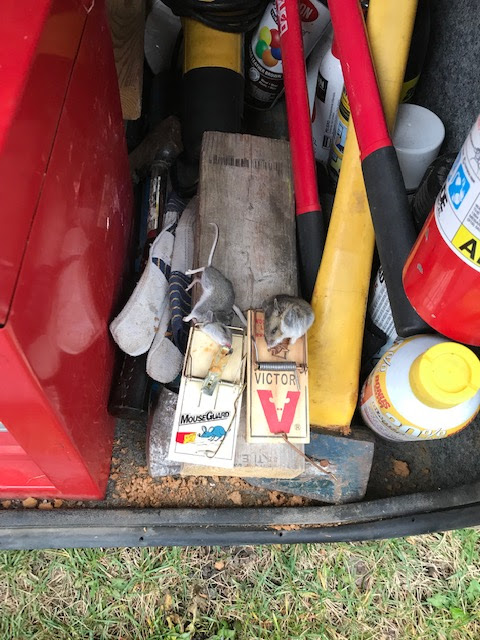 One of the things that make the mice invasion stop is the arrival of snow, and the good Lord blessed us with a nice covering not long after.  All of our friends were worried about us, but we were snug as a bug in a rug.  A little heat in the basement and the water was fine. 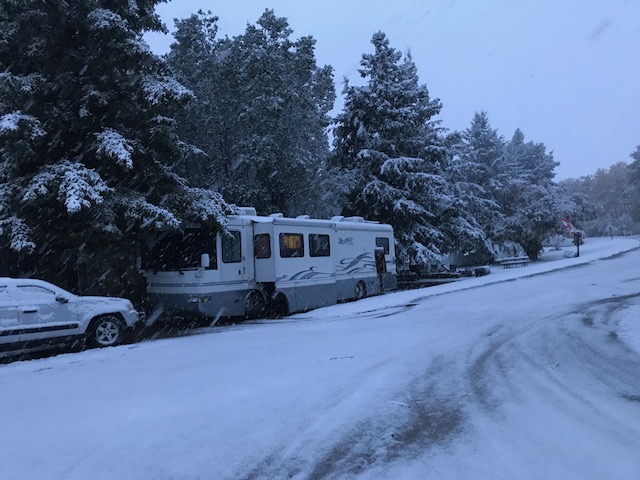 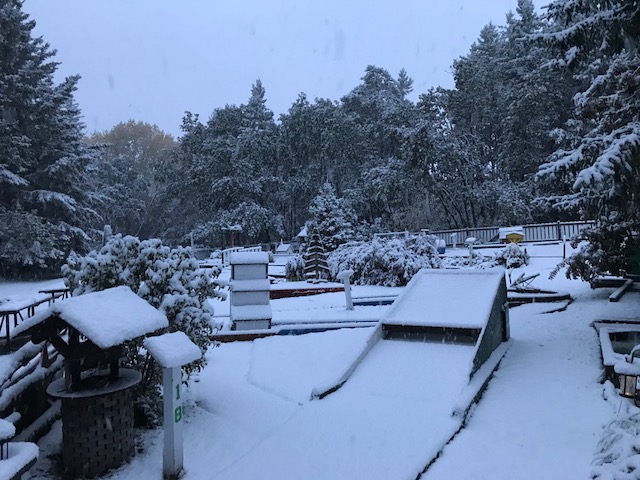 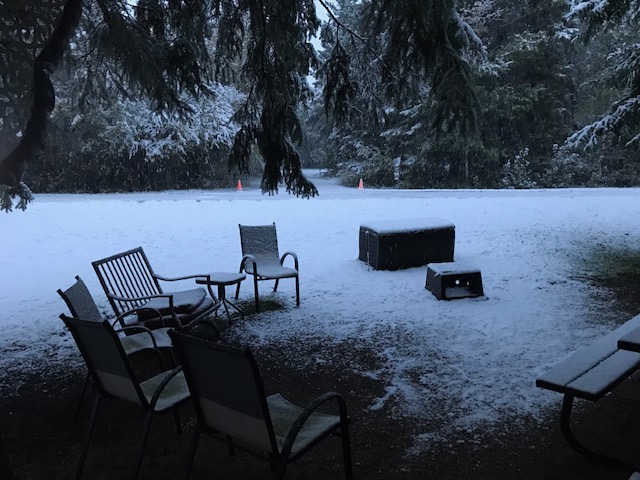 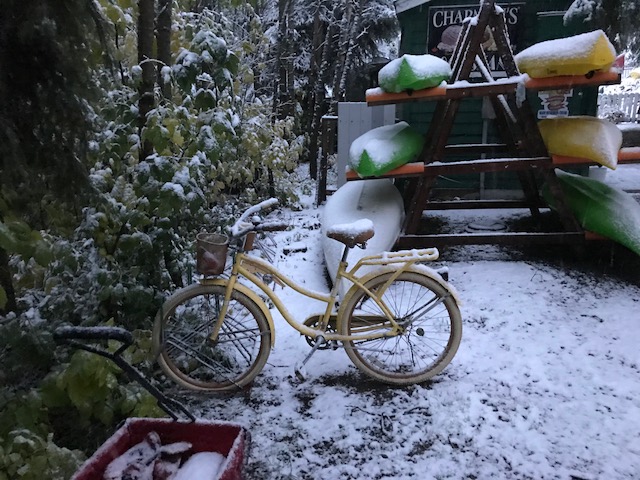 Since we closed CJ's for the season, I have been working back at the crusher fairly steady.  Production has not been great, and I wanted to try to help get them some product on the ground.  It is hard to sell gravel if you don't have any made.  Part of the deal was to run some longer hours if possible.  I set the hours at 8 am to 10 pm for 3 weeks to try to get caught up.  It was tough at times because the weather wasn't co-operating for us either.  We have had 6 different snow storms this fall and one of these times it will stay!!!  Here was my view when I went home at 10 pm one night. 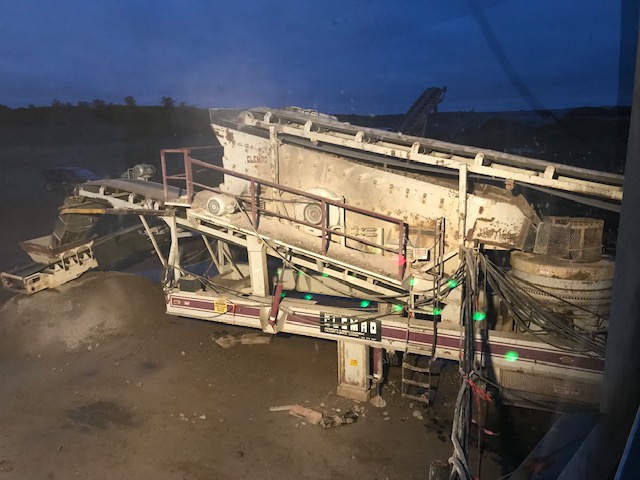 And here was my view the next morning when we went back to work. 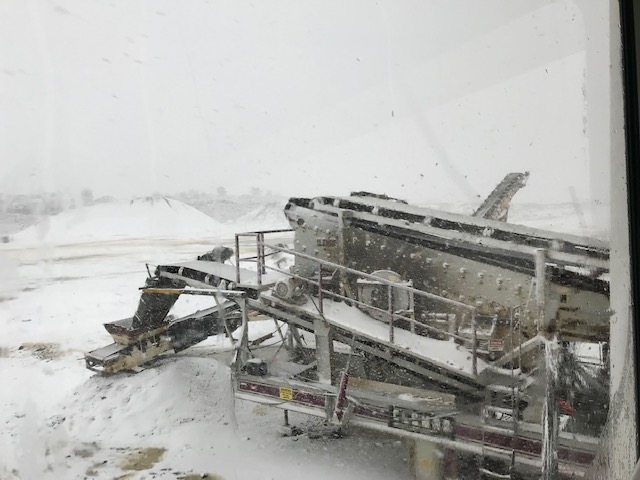 Susan and I have now decided that we will be leaving for the south on October 29th.  I hope the snow and real cold can hold off until then.


Posted by Lorne Green (A Place Called Away) at 08:01:00
Email ThisBlogThis!Share to TwitterShare to FacebookShare to Pinterest