We have one last push to make it to the Canadian Border at Coutts Montana.  This is the same border crossing we came across last year.  A lot of people seem to think that we are home now, but in reality we still have about 1000 miles to travel yet.  We are actually going to spend some time with our daughter Sheri-Lyn and our grandchildren Donovan and Dani in Lacombe, and then head back to Manitoba to spend some time with our son Derek and Nicole and grandchildren Abby and Silas.  We really need a good dose of granchildren after being away so long. 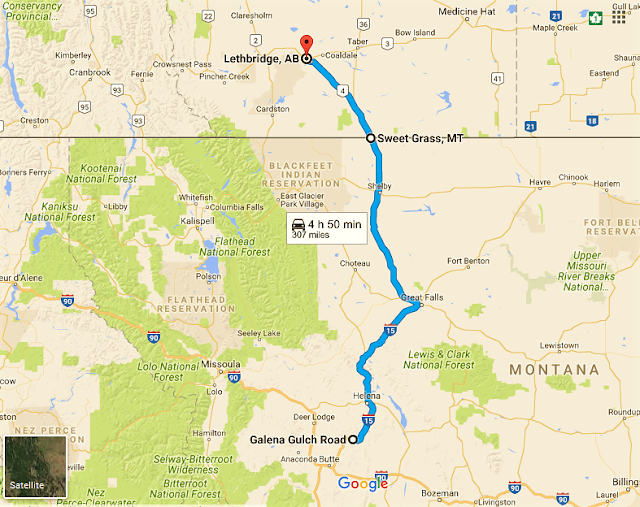 We got all hooked up by about 9:30 and off we went.  This stop had been a peaceful one with very little noise or other people to disturb us.  It was -6C when we woke up so a little bit chilly for a while. 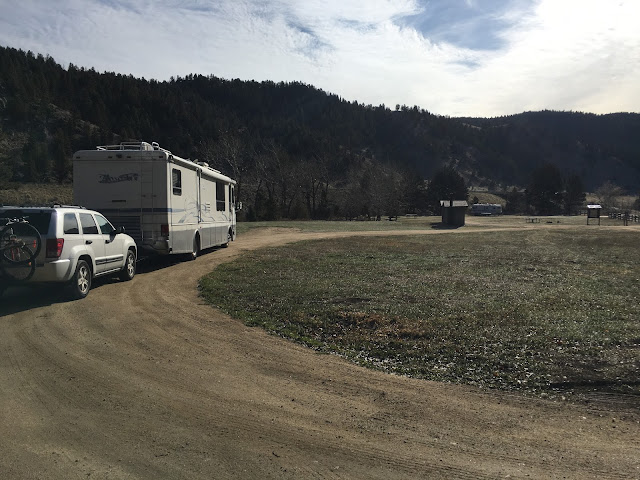 Only problem was that Charlie all of a sudden came up lame in his back leg.  We think he must have sprained it somehow because he is in a lot of pain but not in any specific area.  He doesn't show signs of anything broken, but we will take him to a Vet when we get to Alberta.  He laid on the couch for the rest of the day like a spoiled puppy.  By evening he was having trouble getting up the stairs into the Ponderosa so there is obviously something wrong. 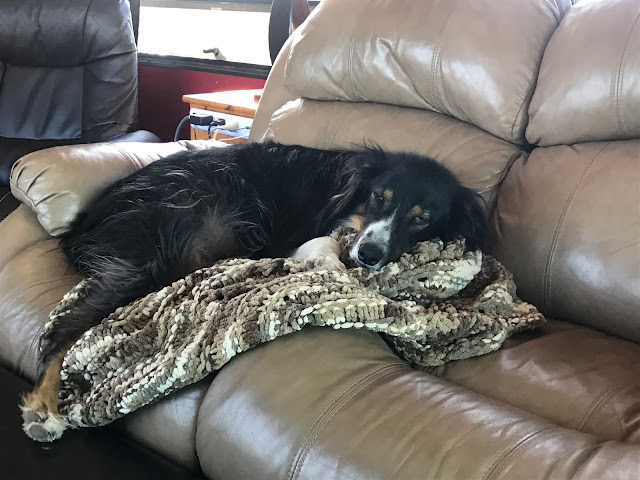 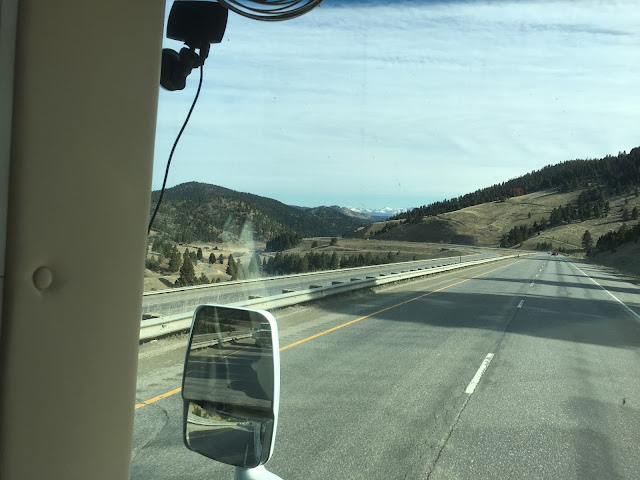 Then we headed out onto the prairies of Montana.  There are the big hills in the background but for the most part it is quite flat. 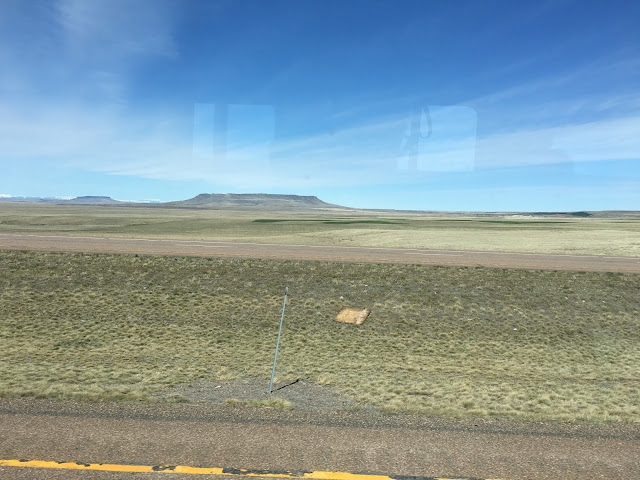 We stopped at a rest stop to check that all of our papers for the border crossing were in order, and while Sue was doing that I took Charlie out for a short time to do his business, and checked out the area.  It seems that this is the area where during the Cold War, the USA set up a bunch of silos in the ground and put Minute Men missiles in them.  These missiles were equipped with nuclear warheads and were meant to stike targets wherever needed.  Scary to think of the consequences if they had ever been used.  They downsized in 1991 and in 2008 removed all of the missiles as per the Strategic Arms Reduction Treaty.  It was unclear, and I didn't research, whether the silos still remain without the missiles or not. 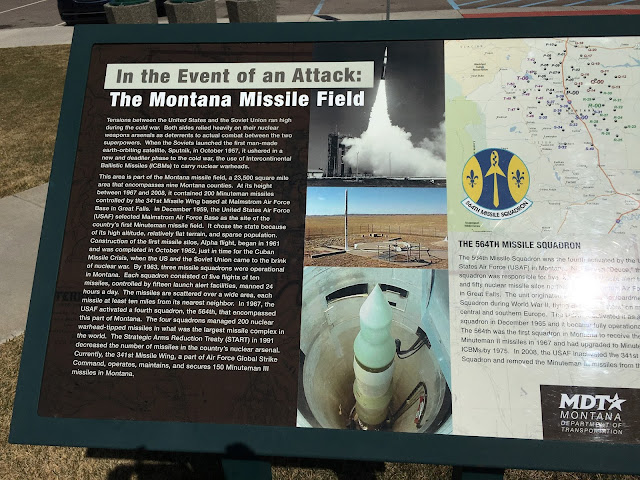 We headed on to the border and were through the port quite quickly, however due to the fact that we spent quite a bit of money on drones, solar, TV devices, internet devices, they got us to go in so they could collect the GST owing on the purchases.  $130.00 later we were on our way. 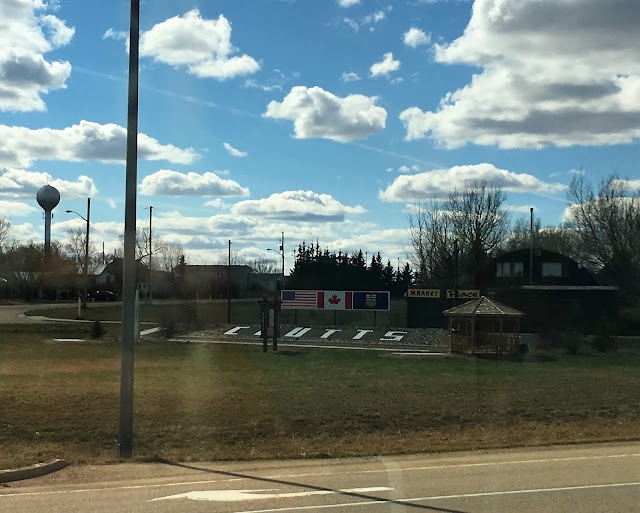 We were glad to see the Wild Rose Country sign welcoming us to Alberta.  Its always nice to be back in Canada, although we are growing fond of the USA and our friends there too. 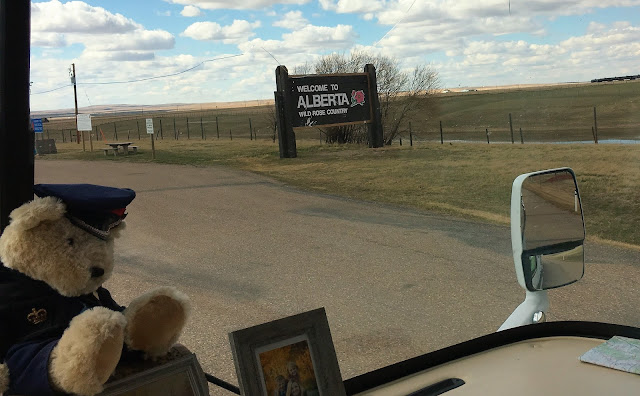 We are all nestled up in a Walmart parking lot in Lethbridge Alberta for the night.  It is a shoppers heaven where we are because there is Walmart, Costco, Princess Auto, Peavy Mart, Home Depot, and Tony Roma's all basically in the same block. 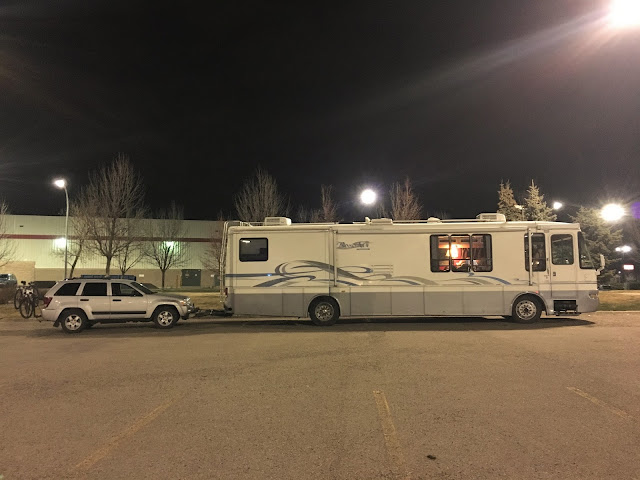 Tonight we are Wally Docking in a Walmart parking lot in Lethbridge Alberta, and this is the view looking from our window. 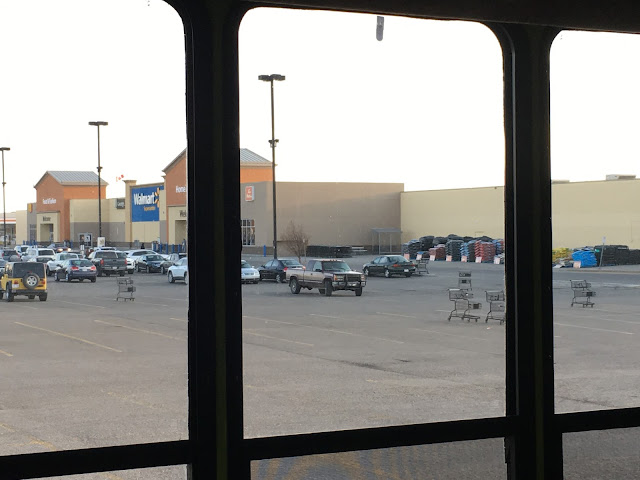 Posted by Lorne Green (A Place Called Away) at 21:59:00
Email ThisBlogThis!Share to TwitterShare to FacebookShare to Pinterest