Today was a normal run of the mill day in our daughters household after spending the weekend in Brooks.  Sheri was back to work and the kids were back to school.  Sue and I got busy and did some book work and cleaned up the Ponderosa a bit.  One of the things that I did was get the piggy banks in order.  While working on that I realized that there are some differences between a Canadian piggy bank versus a USA piggy bank.  I will explain how.  First of all when you dump your pockets to put your change in the piggy bank in the US this is what you may find there.  That is about a normal amount of change to be in my pocket.  $1.63 to be exact.  Now I know that is worth about $2.25 Cnd. but we won't do conversions for this story.


Now I just dumped my pockets of my spare change here in Canada and this is what I had in there. $13.00.

So now we do a little comparison when it comes to saving money using a piggy bank.  We have two piggy banks in our house, one for US money and one for Cnd money.  I checked out the US piggy bank and there is probably $30 or $40 bucks in there total.  Both banks are about 1/3 full.  Remember that the US still uses pennies, so there are lots of those in there. 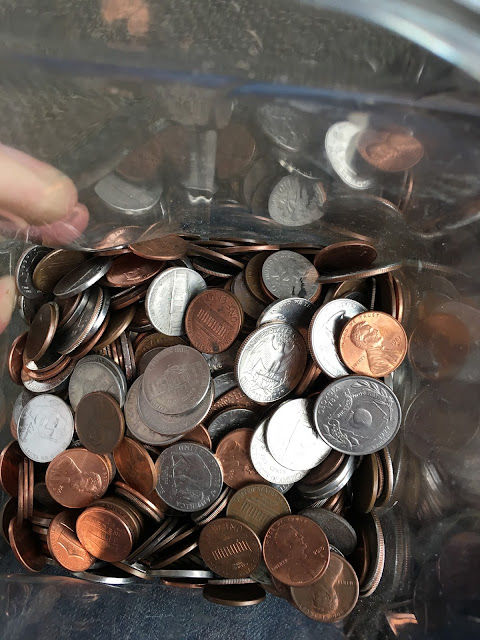 The Canadian piggy bank has no pennies and lots of loonies and toonies which make the total climb fast.  I would estimate that there is $150 dollars worth of coins in there. 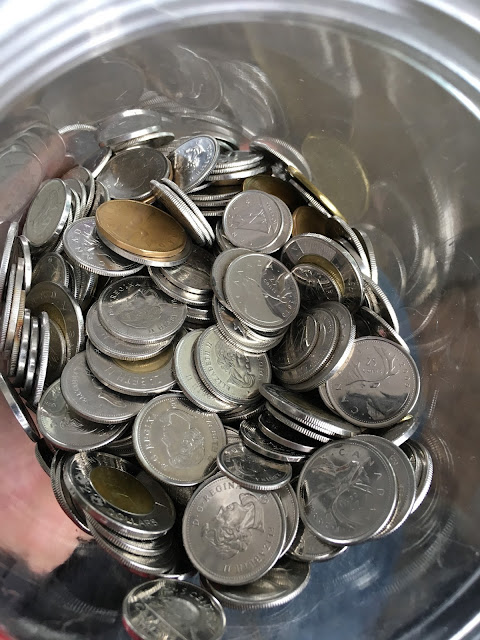 So if you ever want to save up money in a piggy bank, you should do it in Canada.  It grows a way faster.

For all my USA friends, here is a little run down of our Loonie ($1) and Toonie ($2).  We do not call them one and two dollar coins, but rather refer to them as loonies and toonies.

The loonie was minted first and was introduced in place of the paper bill back in 1987.  Wikipedia tells us that there was quite a scandal around the new coin because the mint "lost" the master dies while having them shipped from the design stage to the mint.  The original dies were never found.  Hmmmmmm, me smells a rat!!!


The Toonie was introduced in 1996 and replaced the $2 bill.

The $2 bill was never as popular as the toonie is.  For some reason businesses would rather give out 2 - $1 bills as change rather than a $2 bill.   Now they give out toonies whenever possible.  Here is what they look like.  The bird on the loonie is actually a picture of a loon.  How novel!!!  However the picture on the toonie is of a polar bear, not a toon!!!

Now that your money lesson is over, we will get back to our day.  Sheri and I took Donovan to Ponoka to Lacrosse practice while Susan took Dani to gymnastics in Lacombe.  Dani is quite the little tumbler. 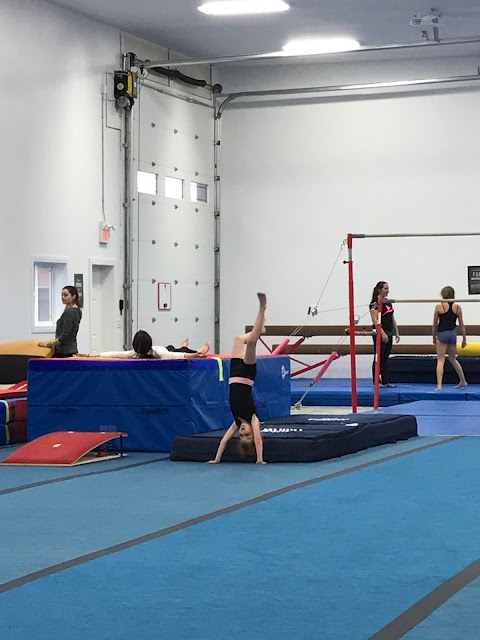 Tonight we are Street Docking outside our daughters house in Lacombe Alberta, and this is the view looking in our window. 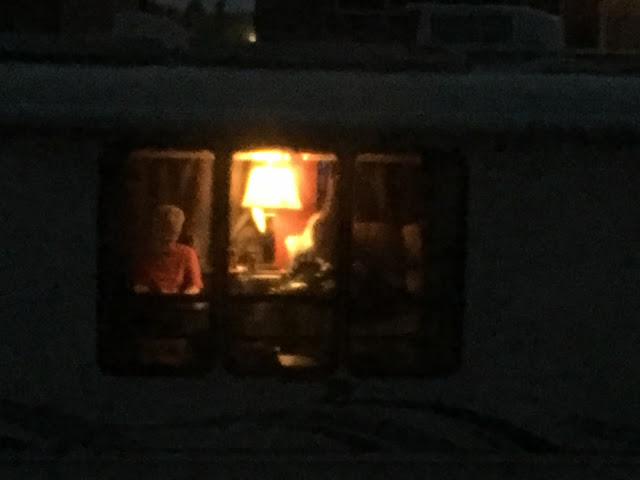 Posted by Lorne Green (A Place Called Away) at 09:55:00
Email ThisBlogThis!Share to TwitterShare to FacebookShare to Pinterest