West Truck Service got P & H in the shop first thing this morning.  They are a great group of guys and they seem to want to help out anyone in trouble.  Quite often this is not the case when it comes to RV's because they are so miserable to work on. 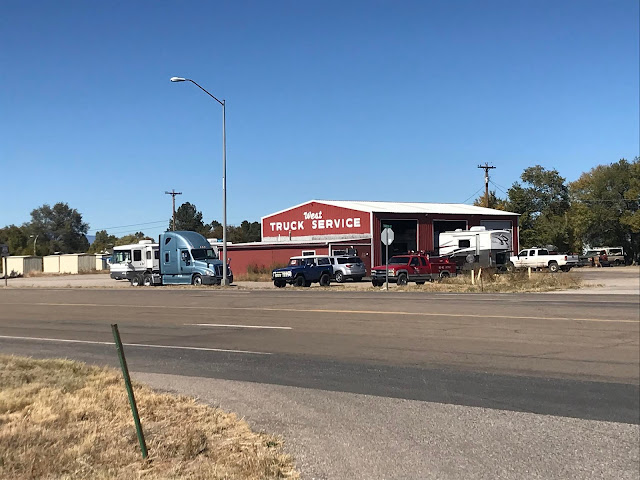 The scope showed nothing other than that the buzzer had been going off so they had to go underneath to see what they could find.  First thing they found was a loose belt and as they looked a little farther they saw that the idler pulley had a bad bearing.  So they took it off to fix it.  While under there they checked what they could and the mechanic found that the water pump was seized!!   It was not leaking as they usually do, but rather seized solid.  Strange I thought.   No doubt that the problem had been found. So a new one was ordered and they took the old one out and replaced with a new one. 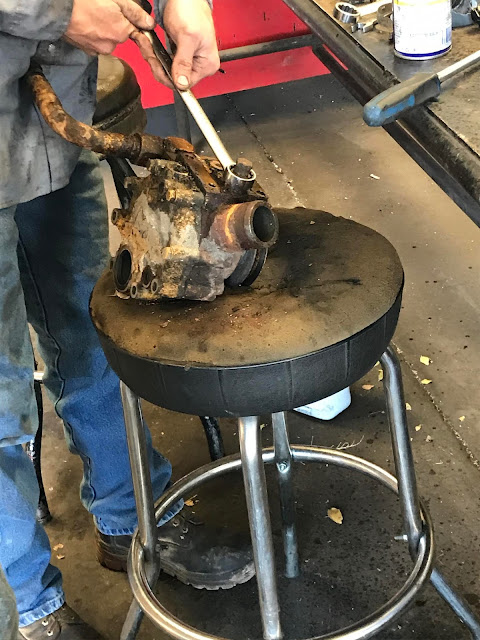 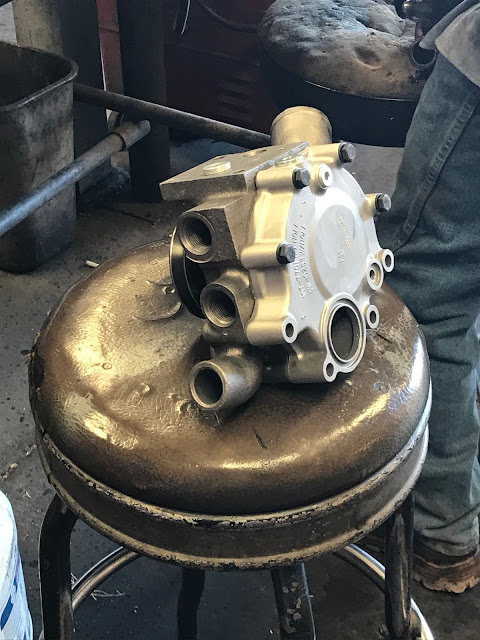 While I was waiting I climbed up on the roof to give the solar panels a little scrub.  We are getting good sun here but it can always be better with clean panels. 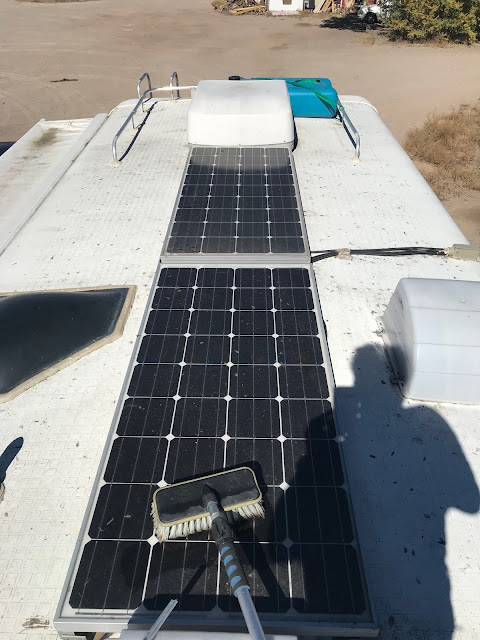 Charlie just laid outside in the sun for the afternoon.  Gosh he likes the warm weather so much better than the cool damp.  It doesn't seem to bother his arthritis as much. 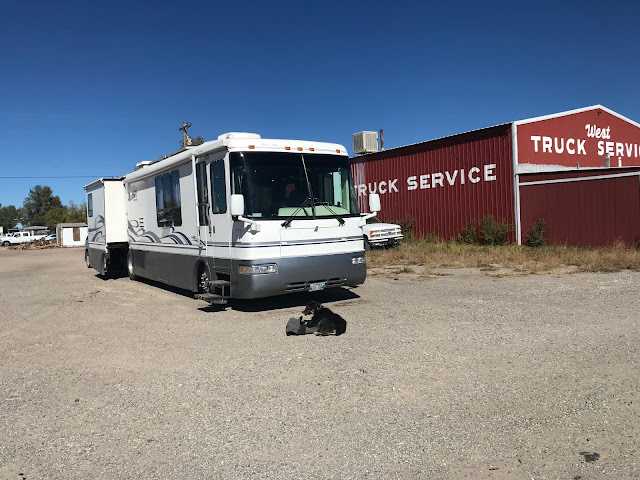 Next job was to polish the Jeep headlights.  They had turned all yellow and cloudy to the point where it was dangerous at night.  They will work better now. 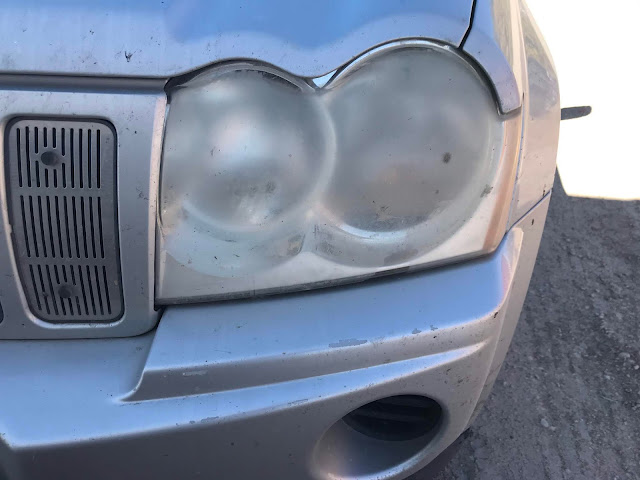 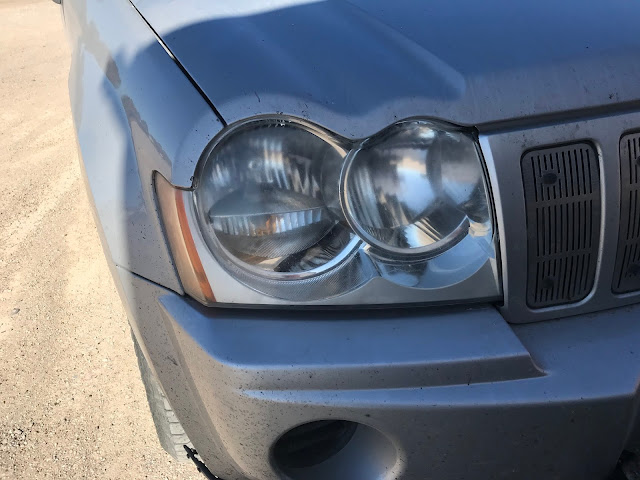 While the motorhome was getting fixed, Harold and I headed down to a museum just down the street.  The guy that was there welcomed us and told us to look around.  The guy was a look alike for Willie Nelson if ever I saw one, and he said lots of people told him that.  He once met a close friend of Willies but has never met Willie himself.  The first picture is exactly as we saw him today right down to the same shirt.  He has the long braid just like Willie as well. 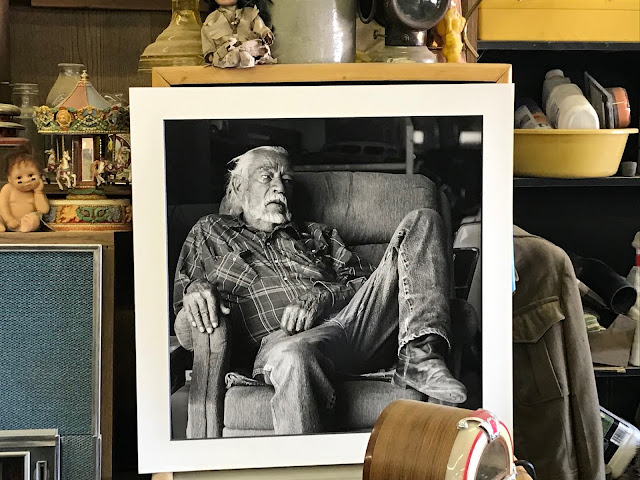 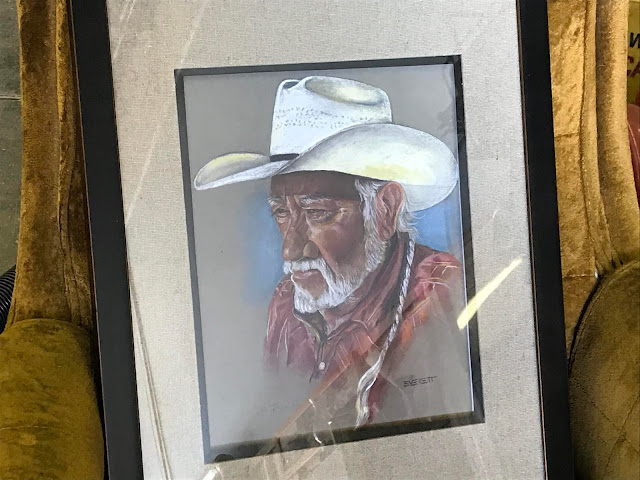 Here is a little tour of the place for you.  Like I say I hate to bore you but I will give you a taste.  The cars inside were in pristine condition. 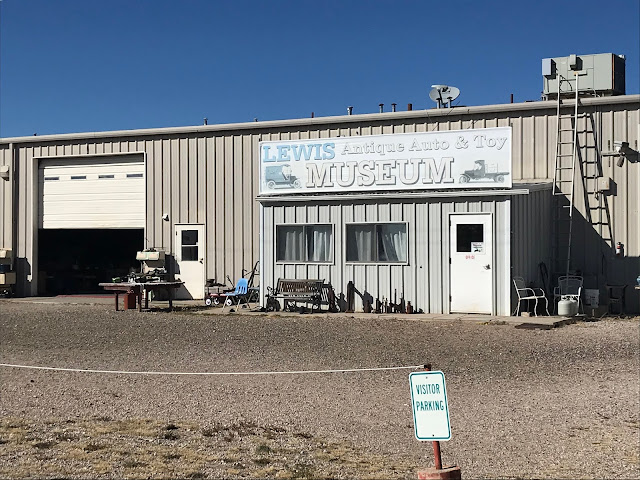 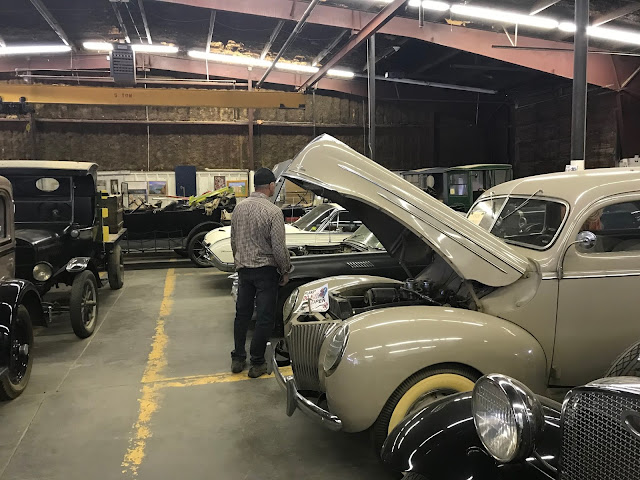 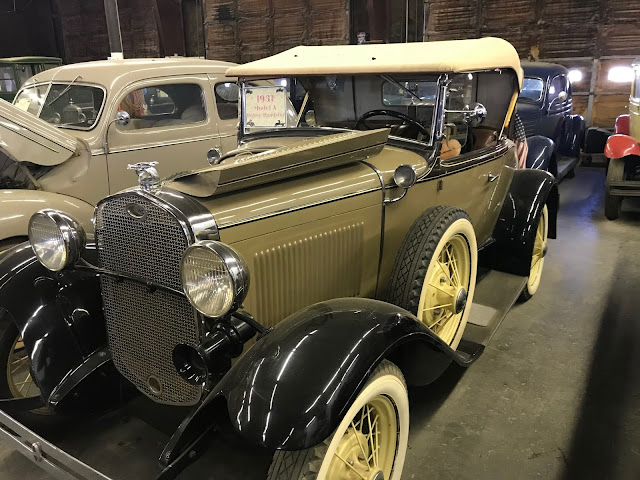 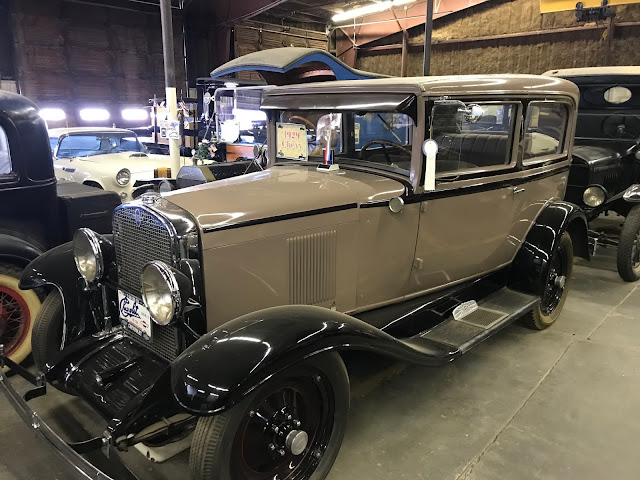 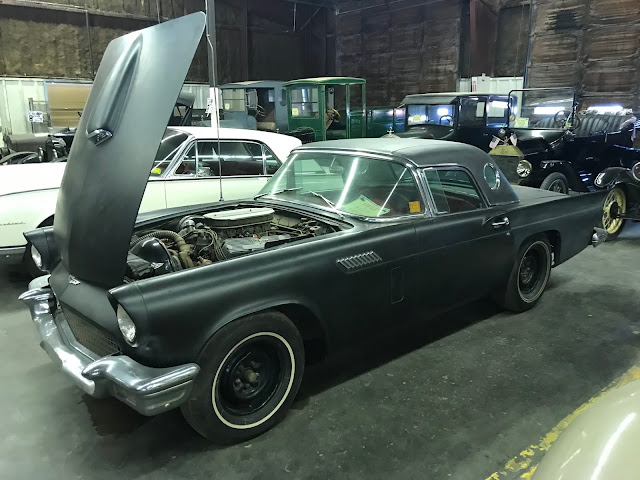 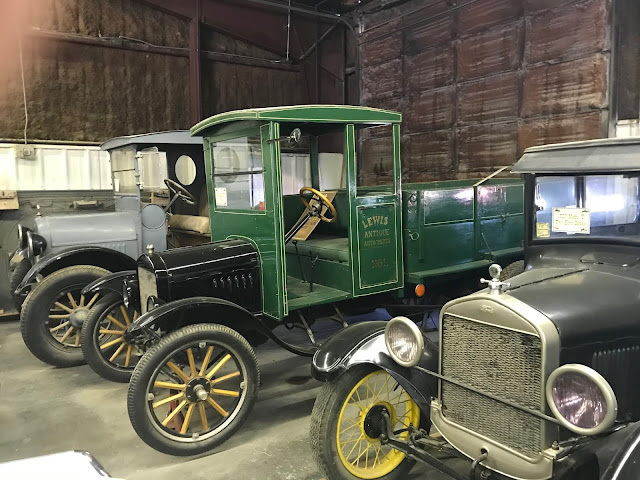 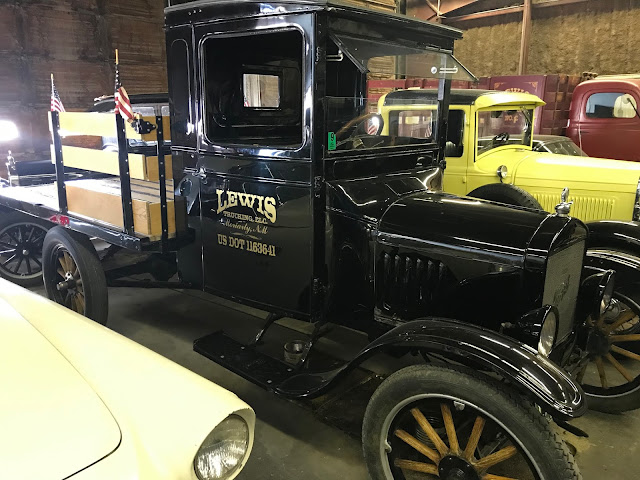 I asked if any of the cars were famous and he said the only one was a model T that used to belong to "Spanky of the Little Rascals". The boneyard out back was just that, a boneyard!!  Lots of old trucks and some farm equipment.  Interesting to look at just the same. 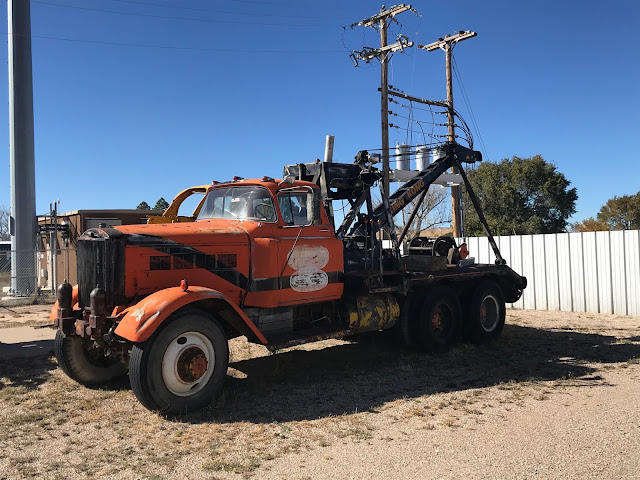 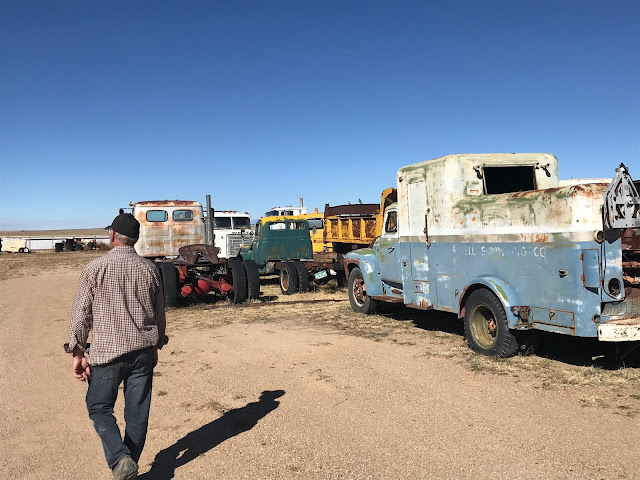 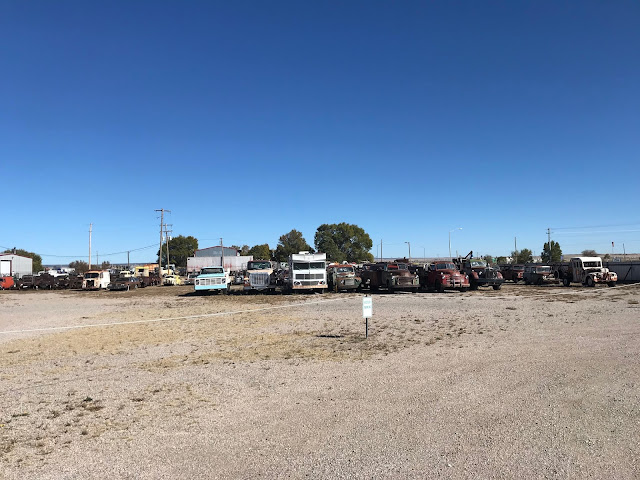 And for my friend Bill here there were a couple RC planes just getting dusty. 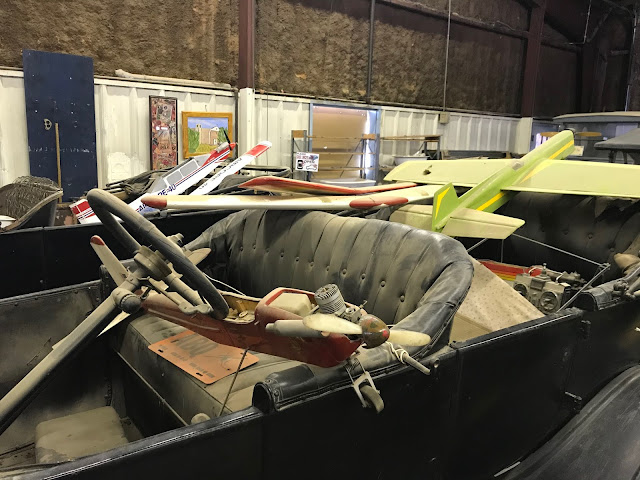 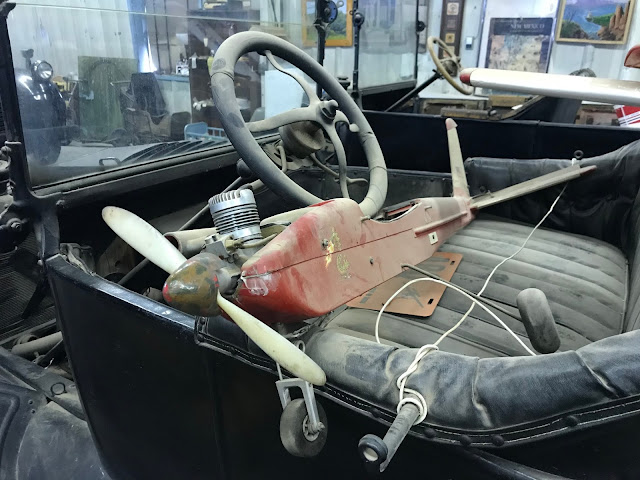 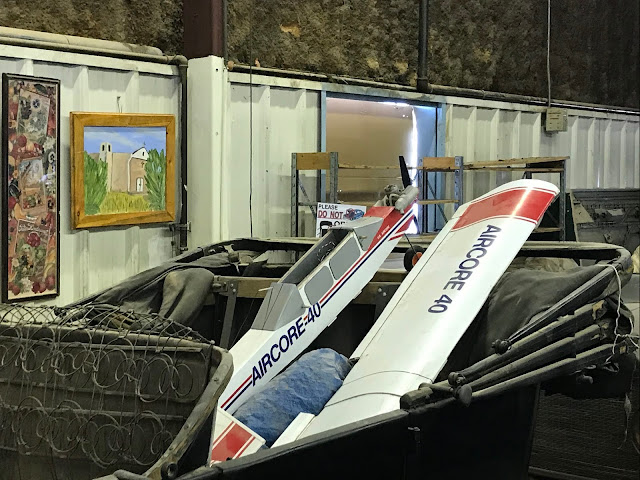 When we got back they were just buttoning up the repair to the motorhome and putting the antifreeze back in. 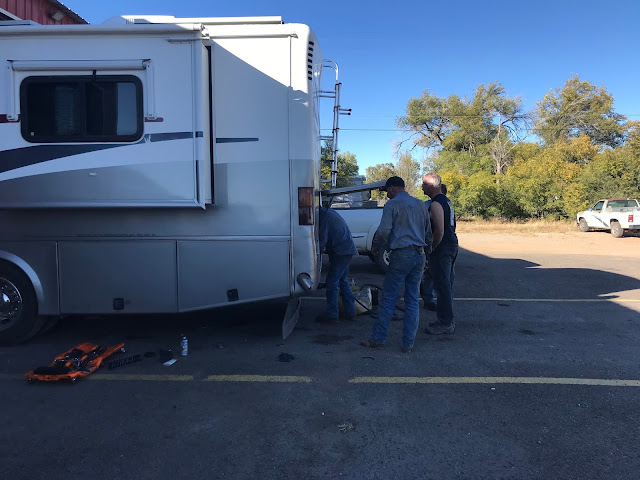 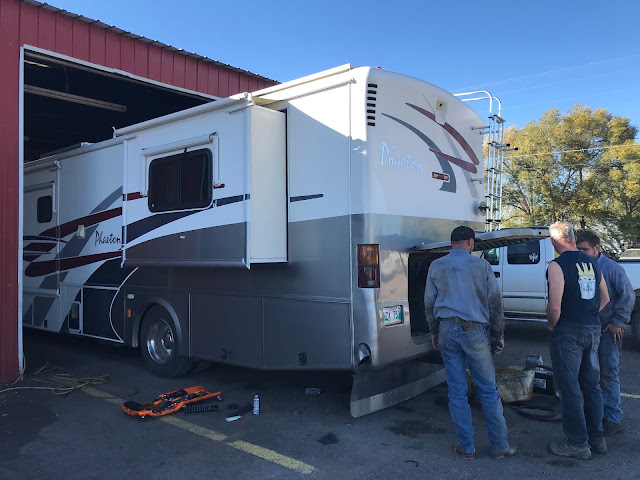 They took it for a little test drive and gave it the green flag.  So we packed up, fueled up and hit the road.  We want to put a couple hundred kms under our belts tonight  Not a good picture but if you look close you can see some antelope in the ditch by the road 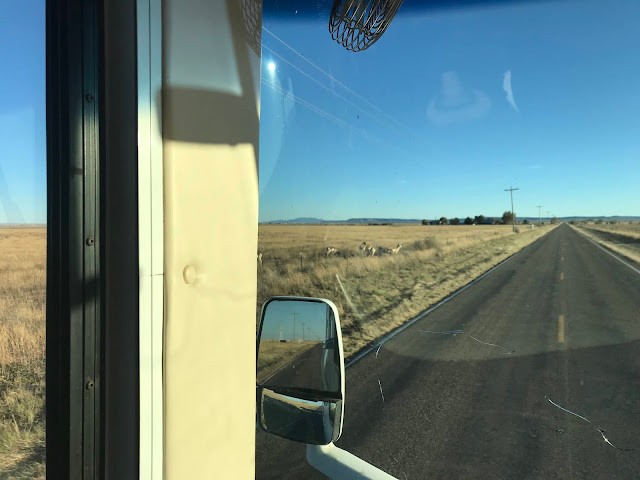 And then we were into the New Mexico mountains.  It is very pretty to drive through. 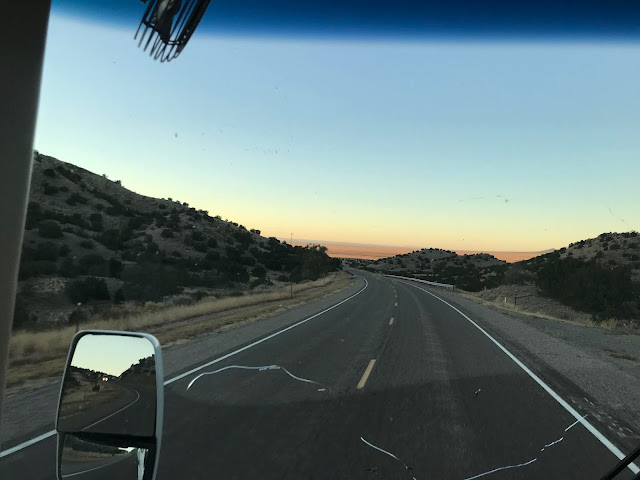 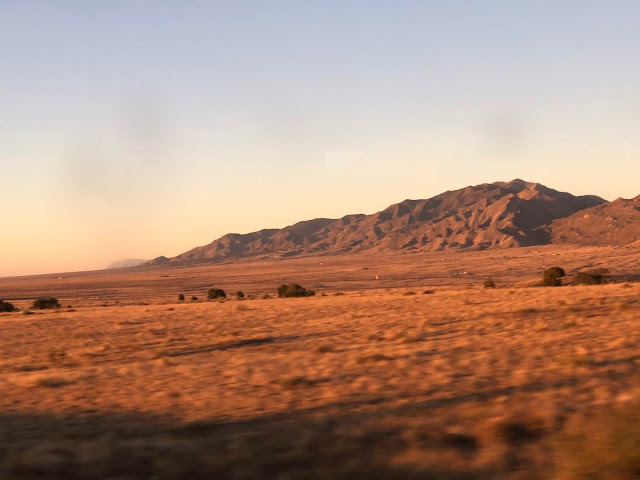 What a gorgeous sunset.  We are glad to be back in the southwest again. 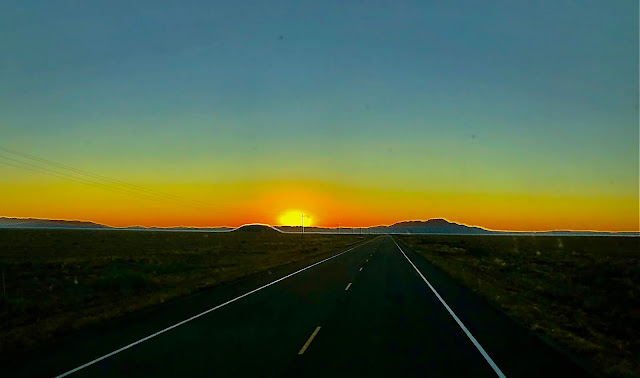 We still have boring views out our window while we are travelling.  I promise they will get more interesting soon. 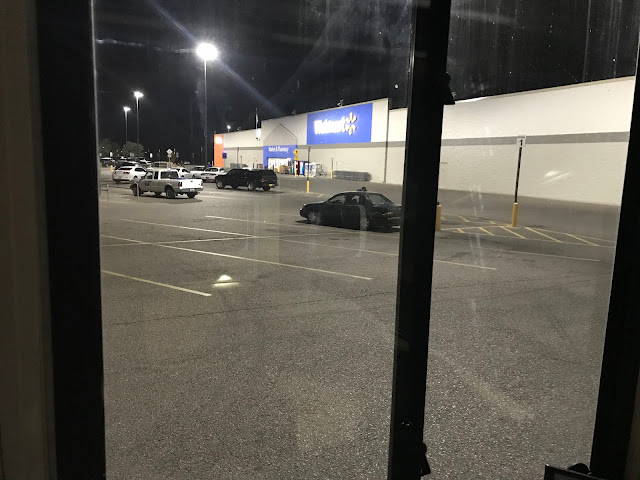 Posted by Lorne Green (A Place Called Away) at 21:04:00
Email ThisBlogThis!Share to TwitterShare to FacebookShare to Pinterest