A Hike in Falcon State Park

The temperature dipped to 0C or freezing last night but we were cozy in the Ponderosa.  When I rolled over in bed and looked out the window I was tempted to stay there all day. 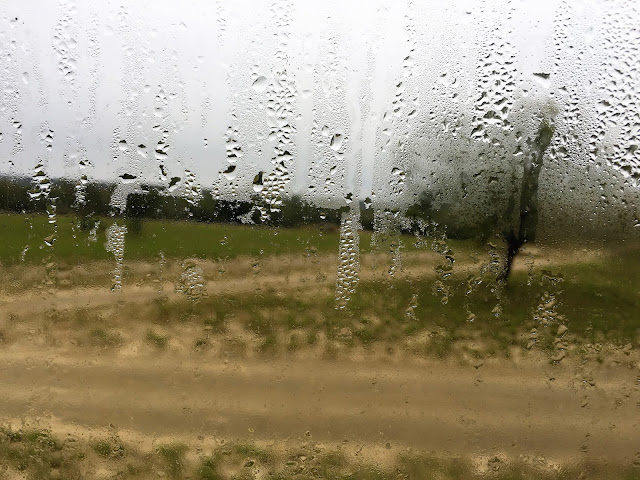 It only took a few minutes to get the living room warm in the morning using the Big Buddy Heater.  We are sure glad we bought it.  This is supposed to be our last cloudy day so maybe we will be back in the land of solar power tomorrow.  We have been running the generator for too long to charge our batteries. 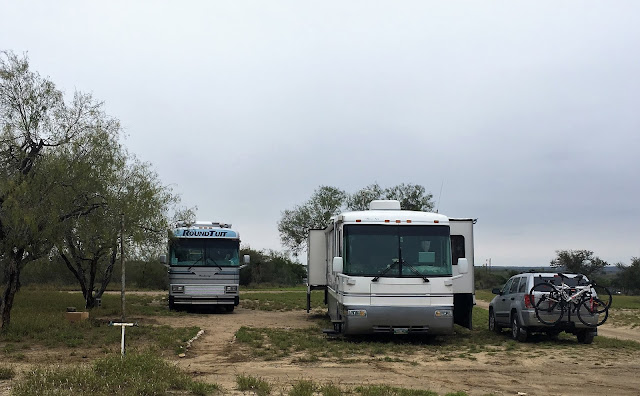 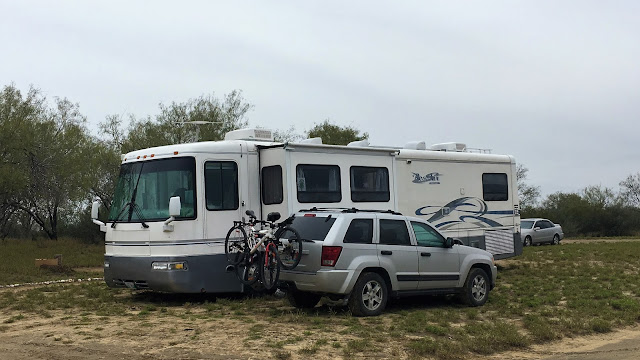 Starr County Park which is located near Falcon Heights Texas is a forgotten park out in the middle of no where.  It is 75 acres and was a popular place when the international dam was being built just 3 miles from here.   I'm going to guess that there are 50+  sites marked by broken cement picnic tables and crumbling fire pits.  It looks like it was a pristine camping area many years ago, but is now in a state of crumbling back to nature.  They mow it in the fall and it is a great place to boondock.  It has restrooms with hot showers.  The sign says you have to let the water run for 4 minutes before you get any.  It also has garbage dumpsters and you can stay as long as you want for free.  How amazing is that. 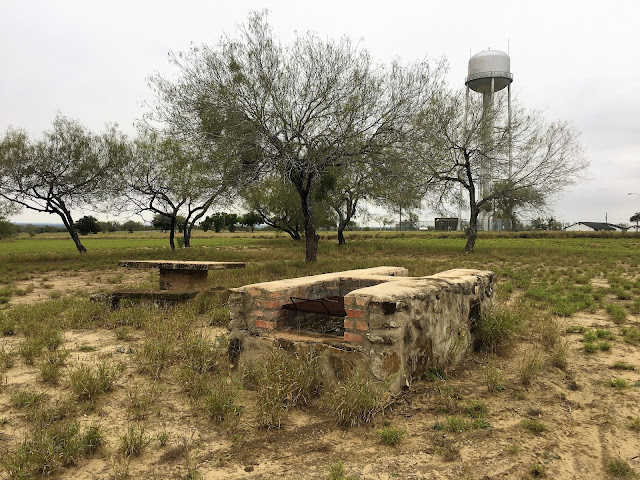 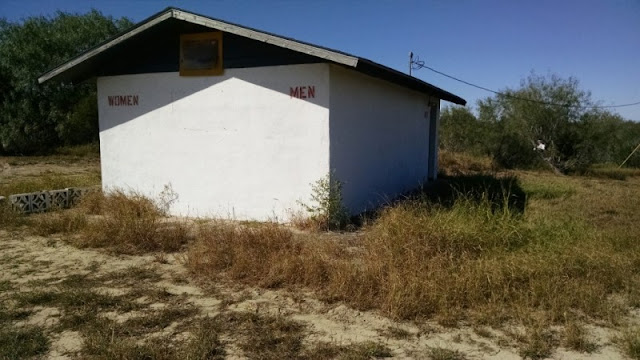 We will be staying here until our friends Pat and Harold arrive from Manitoba, the beginning of next week.

I had a little project to do today so I made time for it in the morning.  It actually took about 15 minutes.  Whenever we park, I normally get out my Iphone and open the compass to decide which direction I am parked to take advantage of full sun on the solar panels if I tilt them.  Sue bought me a little compass to mount on the dash so it is right there in front of me as I am maneuvering.  This will make my job much easier.  Perhaps you will notice that I am parked completely wrong for side tilting panels but we have not seen the sunshine for so long, it doesn't matter. 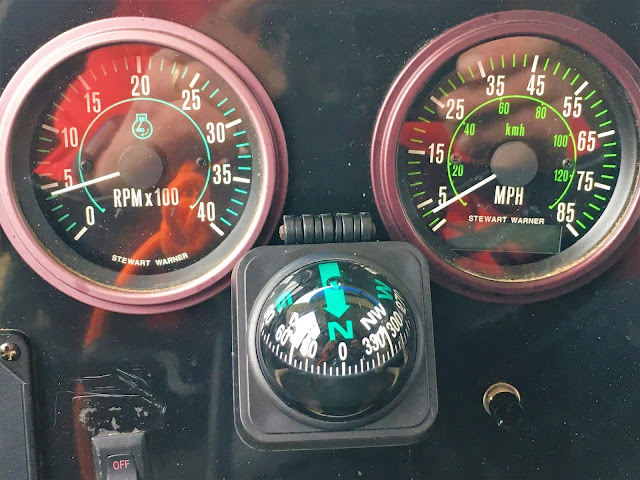 After lunch we headed over to the State Park to chat with Kevin and Ruth before they head off on their Mexican caravan.  They met us at the Club house where Ruth was doing the laundry.  There was nice couple there who are going on the caravan with Kevin and Ruth, and another gentleman who knows a lot about the area.  We had a nice chat with all of them and some park rangers stopped in to chat and some Federal Police who guard the dam came calling as well.  These are all people that help one get to know the area and what is going on around.  For our friend Patsy, there is a puzzle mounted on the wall that was completed in 3 months and contains over 13000 pieces.  Wow. 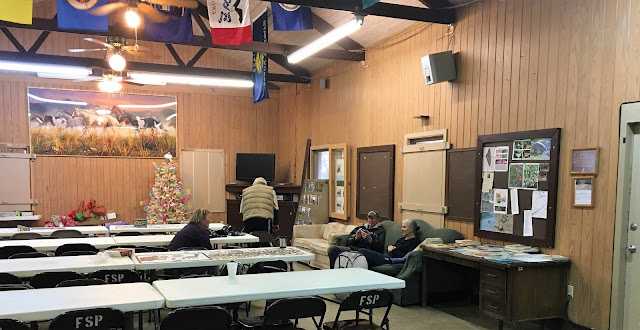 After we finished chatting we went for a little walk to see if we could find some Javalinas.  Kevin and Ruth had spotted some last night and this morning on their walks, but because we wanted to see some, there were none to be found.  Just the tell tale signs....pig poop!!!! 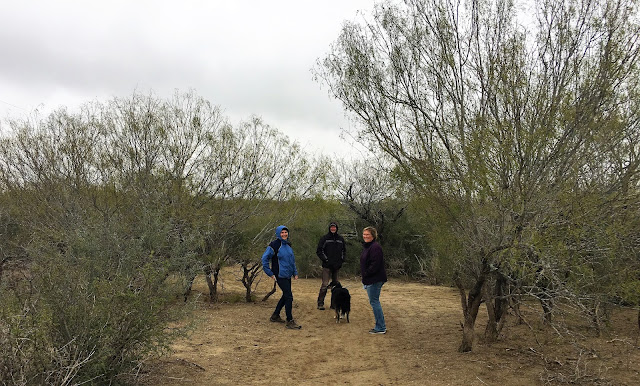 One thing we did come across was a couple of crosses with names on placards out front.  These must be the memorials to the helicopter pilots who crashed here a few years ago, that our learned friend at the club house told us about. 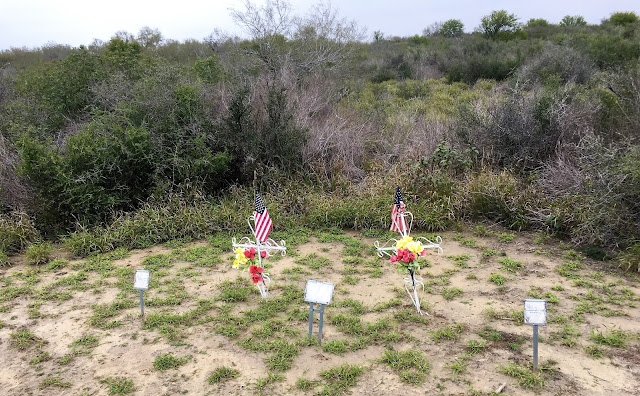 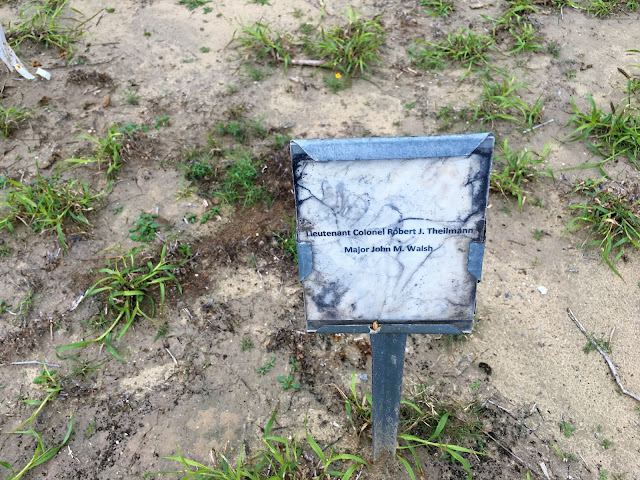 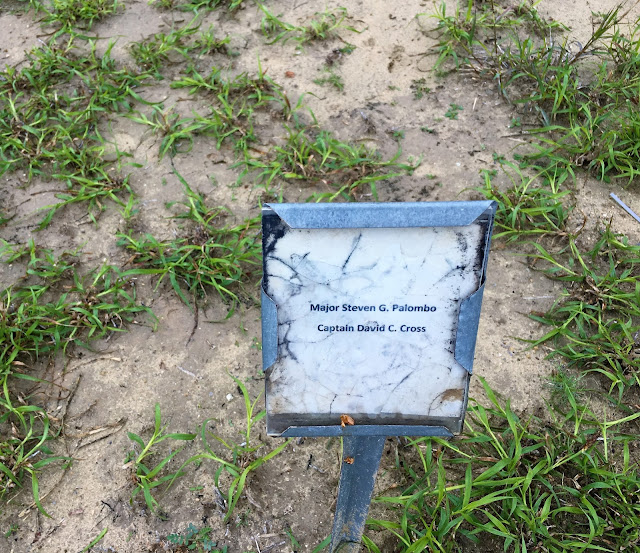 I looked on the internet and here is what I found about the incident that happened in 2003 at this spot.

FALCON HEIGHTS TX, — Two military helicopters taking part in a nighttime anti-drug patrol crashed and burned in the dusty scrub land near the Mexican border, killing all four Marine reservists on board.  The AH1W Super Cobra helicopters went down amid the brush and cactus of Falcon State Park, which is about 110 miles northwest of Brownsville.

Marine Corps spokesman Capt. Joe Kloppel said he had no immediate information on the cause of the crash. However, witnesses said they saw the helicopters collide.  "They definitely collided," resident Norman Ross, 63, said. "You heard the explosion."

Officials said the helicopters were assisting the Border Patrol as part of Joint Task Force Six, a Pentagon unit that takes part in anti-drug operations and other missions.

By the time we got done with our hike it was time to say goodbye to Kevin and Ruth as they hopped on their bikes and headed for Sherman.  We hope to run into them in the spring on our way home, as they will be in Cabri Regional Park in Saskatchewan for a couple weeks about the same time we will be going by.  Save us a spot!! 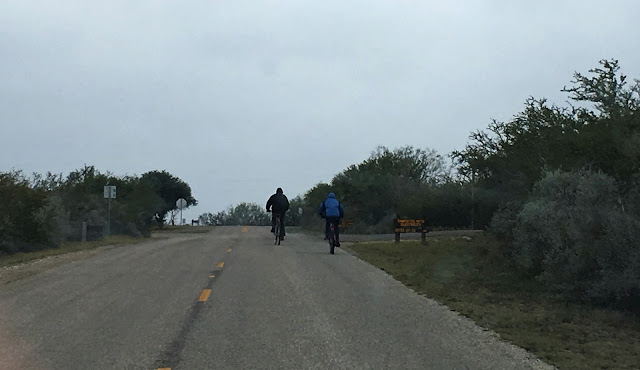 Our view from our window today was still dreary but pretty as well. 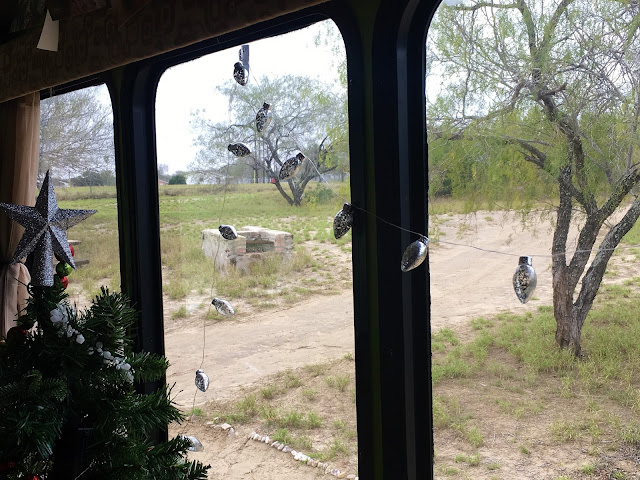 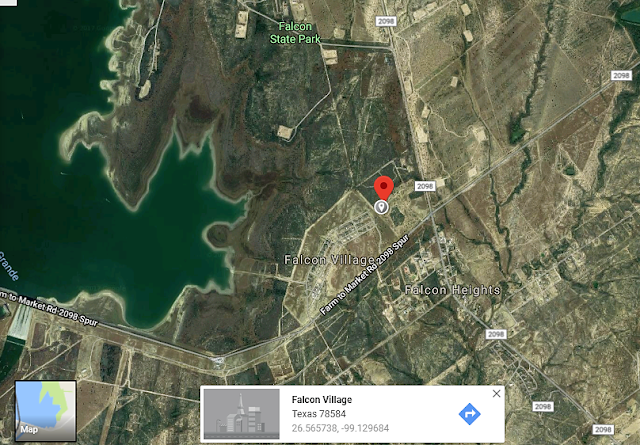 Posted by Lorne Green (A Place Called Away) at 15:41:00
Email ThisBlogThis!Share to TwitterShare to FacebookShare to Pinterest