It is now official that Sue and I will not be attending this years Bloggerfest.  We have enjoyed it the last two years and recommend that anyone who writes or reads RV Blogs or Blogs in general, to stop by this interesting venue on Saturday January 27th to meet all sorts of people who have an interest in Blogging.  Because we were given the opportunity to visit with our grand daughter in Phoenix we must stay and visit with her although it was a hard decision not to jump in the Jeep and go down to Quartzsite for the event.  I'm sure that Shadowmoss (Pauline) of the blog In the Shadows and George of Our Awesome Travels will make sure that the event is a great one.  Thanks for stepping up Pauline!!  It sounds like there will be a great group of people there to visit with. 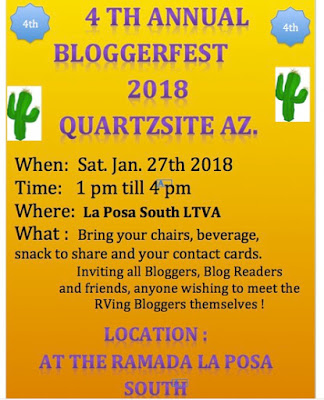 We do hope to be in Quartzsite the second week of February and if any of our blogger friends are still hanging around those parts, we would love to see you.


After a morning walk with Elaine and Charlie we headed back to the Ponderosa for a noon time coffee.  It wasn't much later and another familiar unit showed up and came looking for a place to park.  Yes sir, Pat and Harold are back!!  They have been lagging along behind us for a few days because of some mechanical problems.  Glad they have that behind them.  We found them a spot with a nice view of the mountain, and their arrival makes us a group of four.  We have two other sets of friends who are gonna show up sometime this next week, so there will be six of us here.  It will be like a mini snowbird park!!!  We are the only ones on the mountain though so it is an awesome place to be. 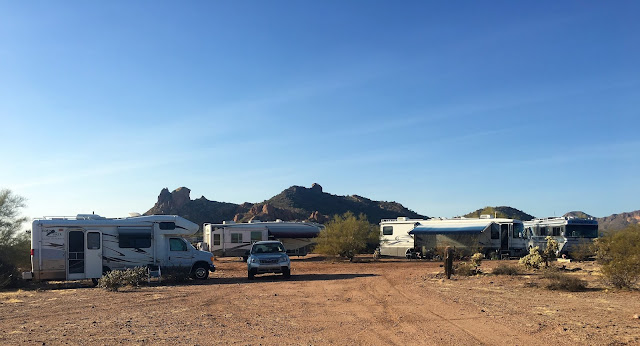 While they were settling in and getting everything done around the Hitchhiker, we entertained Grace for a while on the mat.  She sure loves playing outside after being cooped up inside, in Manitoba, trying to keep warm. 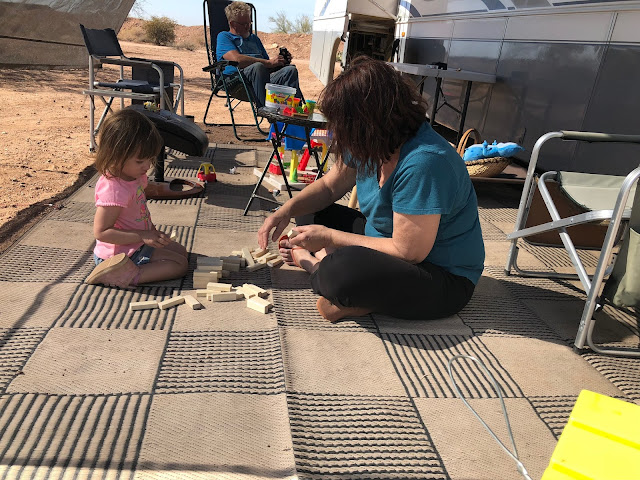 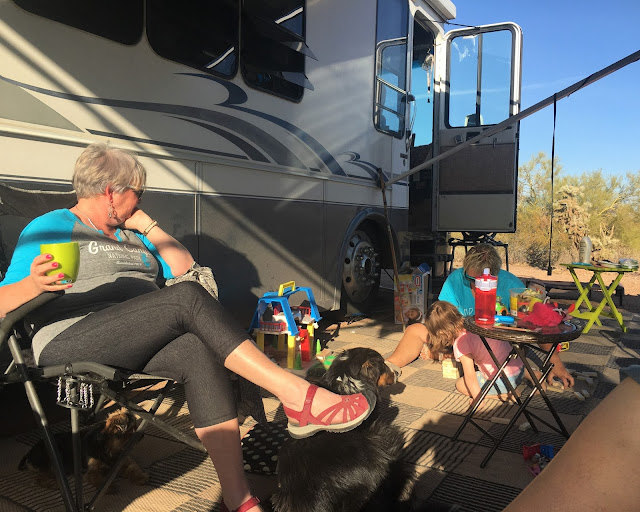 We spent a couple hours catching up on the latest happenings on the deck over a couple drinks.  Its great to have everyone around again. 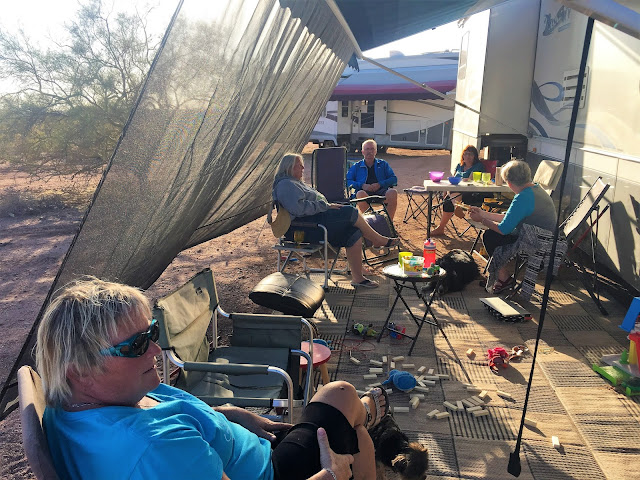 Around 5 pm Sue and I loaded up Elaine, Grace and Charlie and headed to Organ Stop Pizza to see what Grace would think of the music.  It seems this has turned into an annual event when we are at Apache Junction.


Tonight there was some Disney stuff being played so Grace seemed to like that.  In fact she danced to all the music and laughed and giggled.  Elaine and Sue were laughing and asking where the bubbles were because they thought we were at the Lawrence Welk show!!  Well I don't care, I kinda liked it, even though it was not my favourite organist tonight. 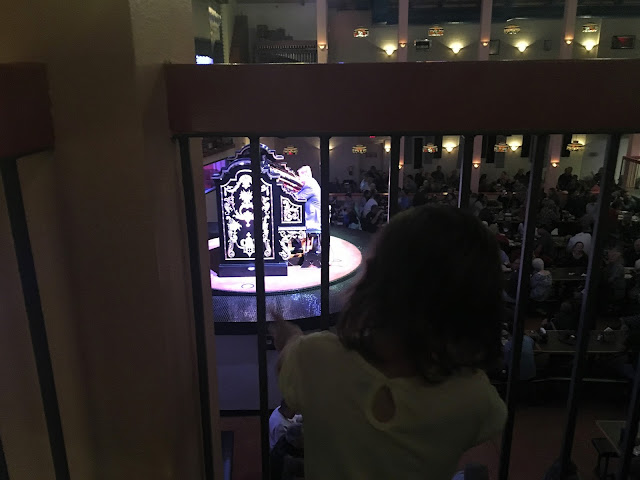 We had a different view this time from upstairs.  Not sure I like that angle because you can't see a lot of the stuff happening all around you with the pipes and drums and symbols.  We did get a birds eye view of where the organist goes when the organ sinks into the floor though. 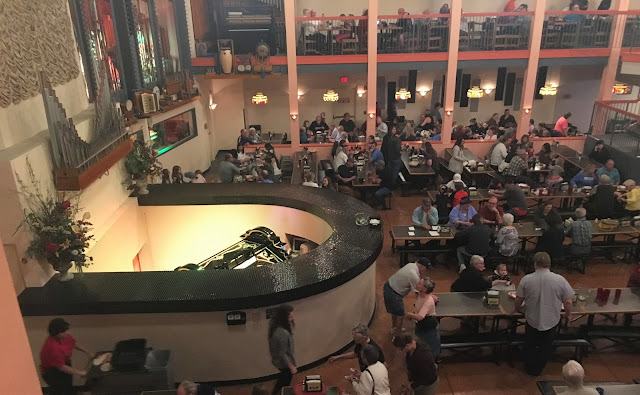 By the time the show was over and the pizza was consumed it was past Graces bedtime so we headed for the hills, literally, and went to bed.  This was the view out our window late this afternoon: 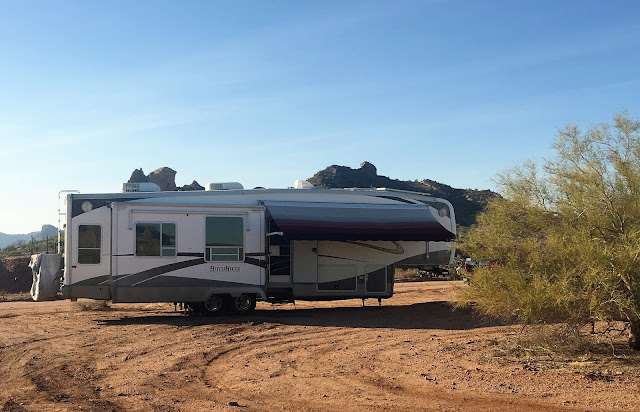 Posted by Lorne Green (A Place Called Away) at 20:44:00
Email ThisBlogThis!Share to TwitterShare to FacebookShare to Pinterest