Another nice warm day in the desert.  The little lizards are starting to run around a lot which means that we must be vigilant for snakes.  We haven't heard of any here at Government Wash yet but that doesn't mean there are none. 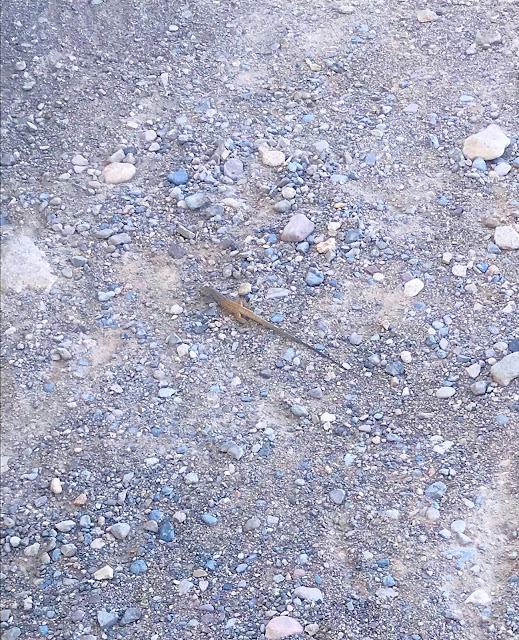 We have been hanging out with Kyra since early in January and because of some appointments she will be starting to head north today.  She hopes to move at a little faster pace than us to make it back to Washington for those appointments.  It is always a sad day when a member of our group departs, but we always part with a "See you next year"!!!  Some pretty glum faces for the hug session. 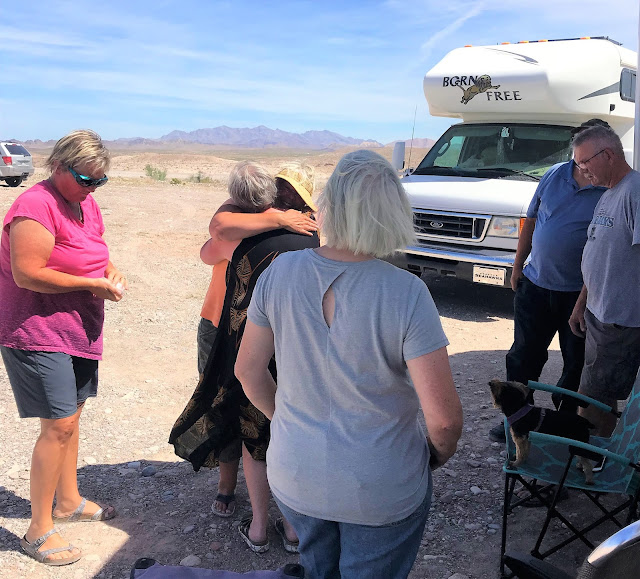 And there she goes down the road to the dump site and then northward. 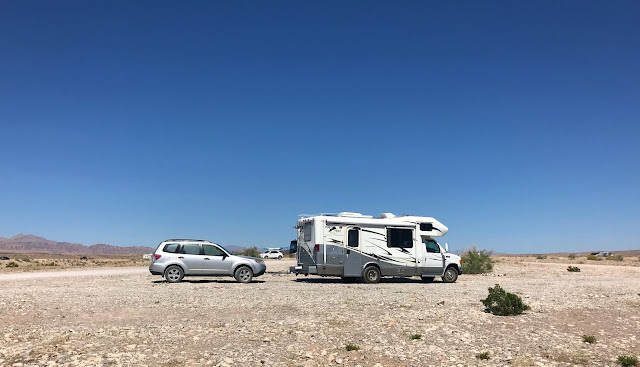 Nope, she has a broken sewer valve.  She got to the dump site and there was nothing to dump.  It broke on the way there I guess so she stopped and rinsed her tanks out real good and then headed back here.  I jumped in the Jeep and headed to Camping World to get a new one so we could get her on the road. 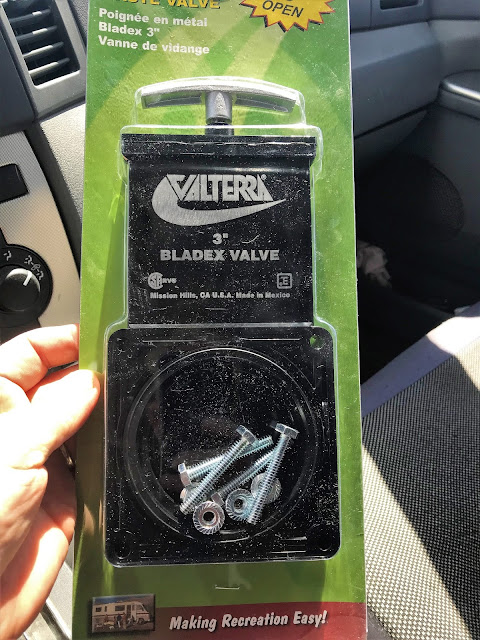 By the time I got back, Ed and Harold had the old valve off ready for the new one so I set about installing it.  Half hour later it was ready well almost...it had one little drip but no time to fix it now cause we are supposed to be in Vegas at the escape room we have booked for 3:30.

Kyra like the good friend she is, has decided to stay for the day now and will look after the dogs and make sure the AC is on in our MH for a while to cool it down.  We headed up the road with the easy feeling that our dogs were being looked after even with the crazy temperature the jeep said it was outside. Thanks Kyra. 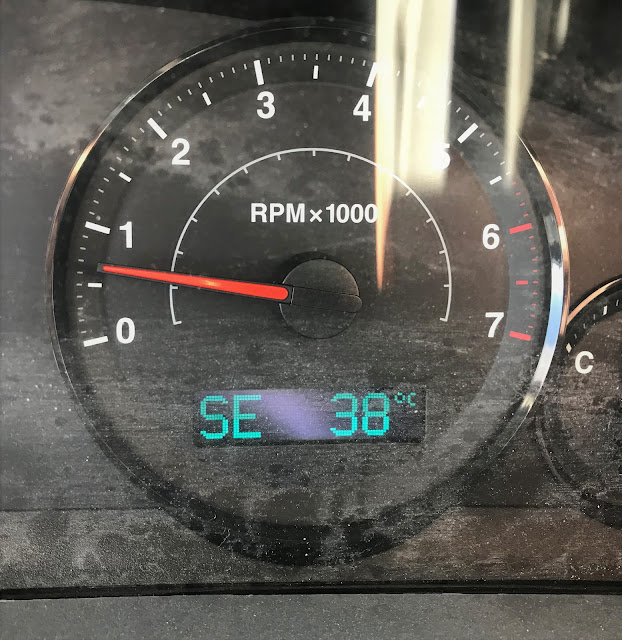 We arrived at Lock Down which is the escape room we will be trying out our detective skills. 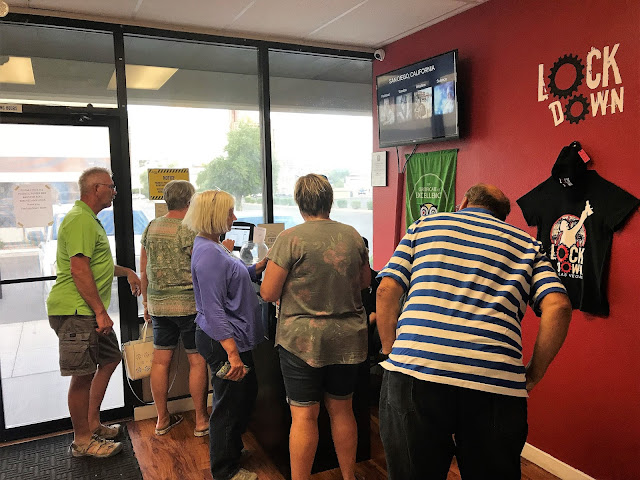 We were going to do the easy one, but when we got there we upgraded to the medium.  There is about a 40 per cent escape rate from this one.   We totally enjoyed the hour we spent in there trying to solve the puzzles in 3 different rooms.  We did not succeed so we will have to go back again some time and try the easy one.  We didn't feel too bad about the loss!!! 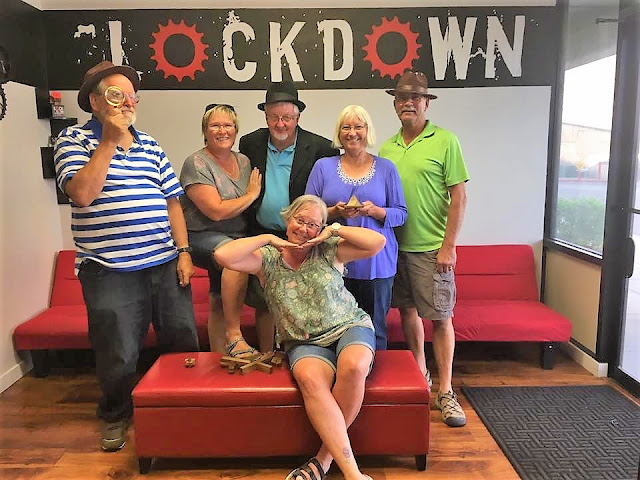 Next stop was Planet Hollywood and the Miracle Mile shops down on the strip.  We have a show booked for 7 pm.   First of all it was supper time and we decided on burgers at Ketchup Burger Bar.  Mmmm good burgers and Chili Fries.  I caught the gang chowing down. 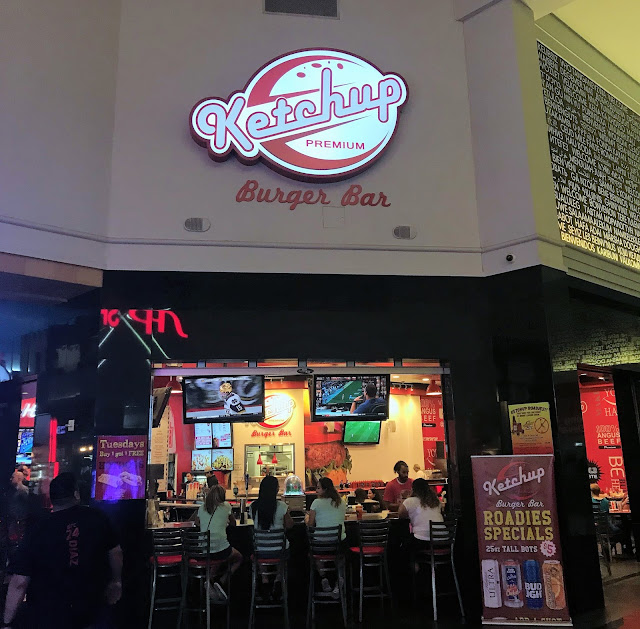 Then it was off to the Sage Theater to take in the Vegas, The Show.  This is a show about the old Vegas and they have some really good singers and comedians. 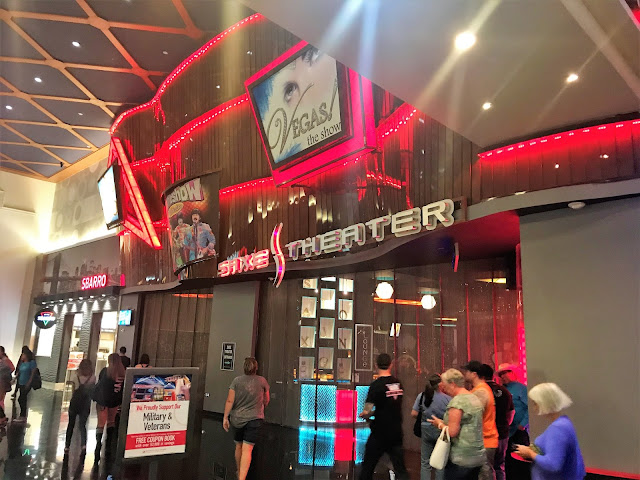 We were all done that by 8:30 pm so decided we had better walk the Strip for a while.  I will not bore you with pictures of it but some of us found some neat things.  I found a very appropriate shirt for me.  If you ever ride with me in a vehicle, I always like to see how far it will go on a tank of gas. 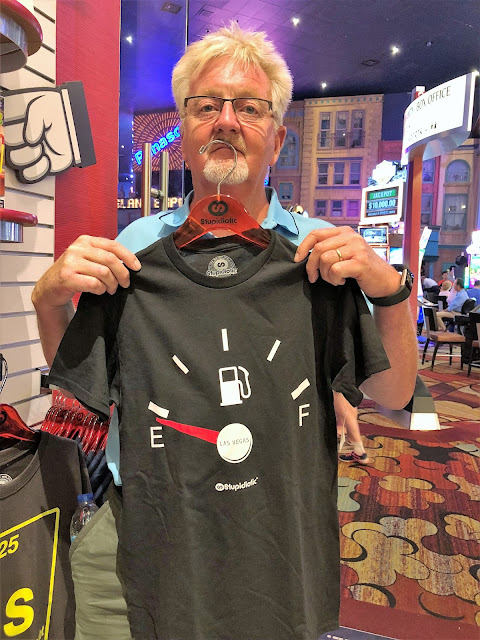 And look closely.....that is a Keto ice cream cone.  I have never had one before have you???  Sue assured me it was. 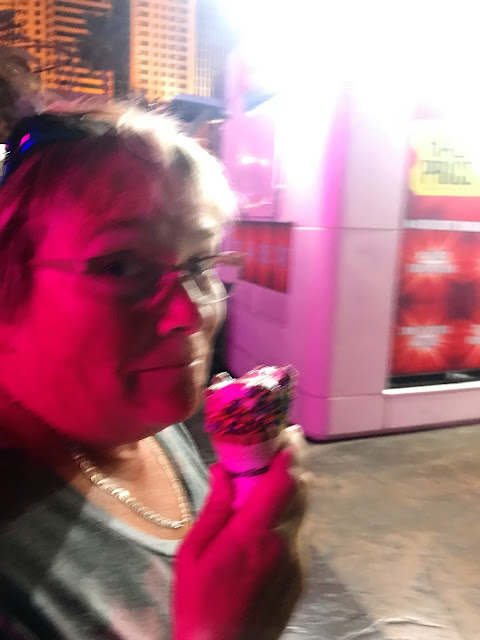 And I caught Ed in front of a nice little sports bar.  He seemed to be signalling to me about something...I think maybe he thinks we should investigate.  The moment was spoiled when the wives came around the corner. 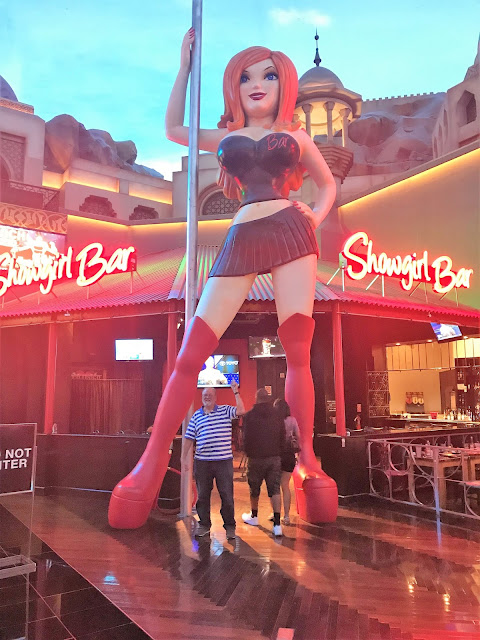 Remember that what happens in Vegas stays in Vegas right???  No window view tonight but instead a visual reminder of the old Chinese Proverb which applies to Sin City!!! 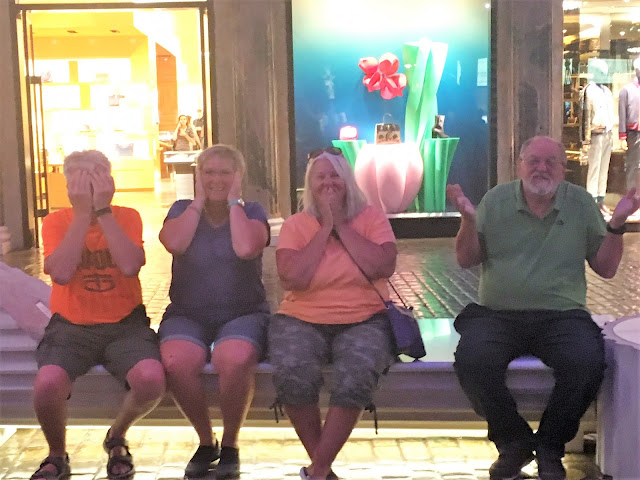 Posted by Lorne Green (A Place Called Away) at 09:18:00
Email ThisBlogThis!Share to TwitterShare to FacebookShare to Pinterest