The water pump on the Jeep has been leaking a little bit for quite a while now and I had bought a new one way back in Texas so I figured maybe it was time to change it.  A couple days ago I poured some radiator flush in the system to give it a good cleaning so it has had time to work.  It was supposed to be a hot day today, so I decided to pull the Jeep under the awning and into Green's Garage to be in the shade.  If you remember a while ago, Harold made a couple of "snipes" for us out of Kyra's broken lawn chair.  Well this was the perfect time to get out the snipe and put it to good use on the tension pulley of the serpentine belt.  It worked perfectly. 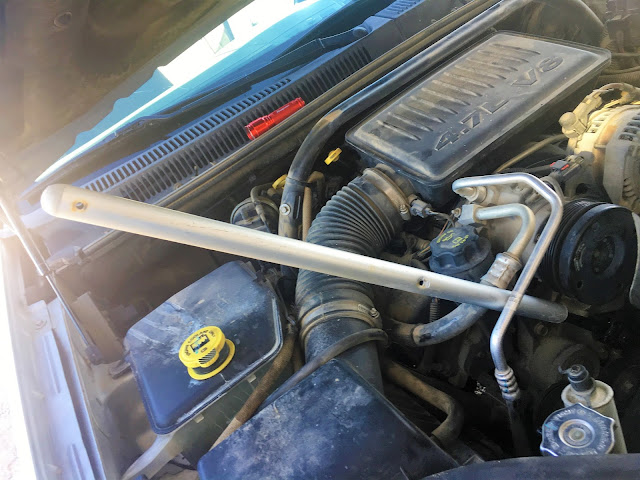 We had to take the fan and the shroud off to get at the pump so it ended up being quite easy to work on. 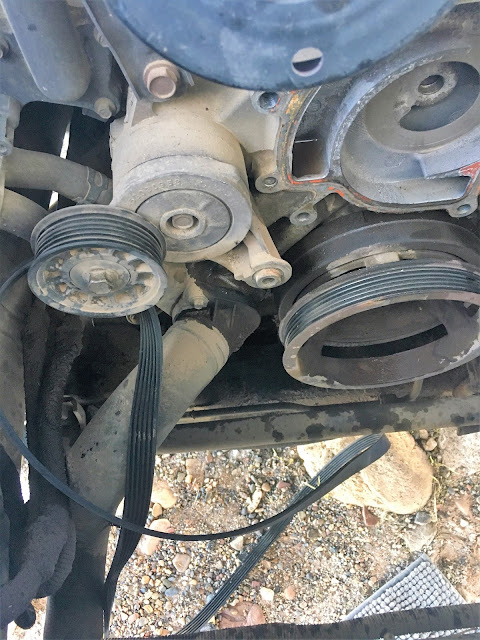 I made sure to note where all the different length bolts went before moving them to the new pump. 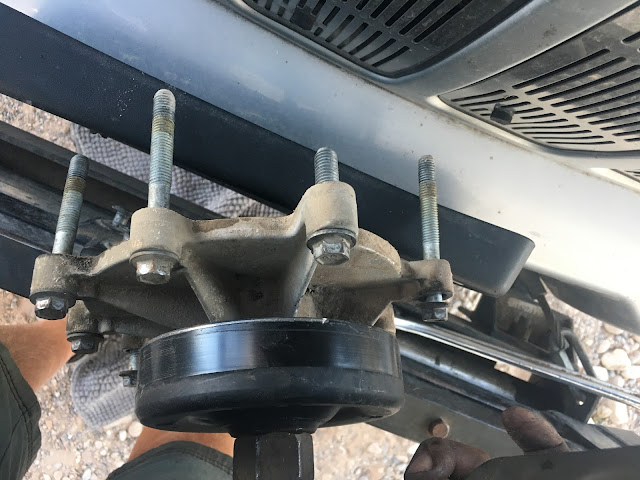 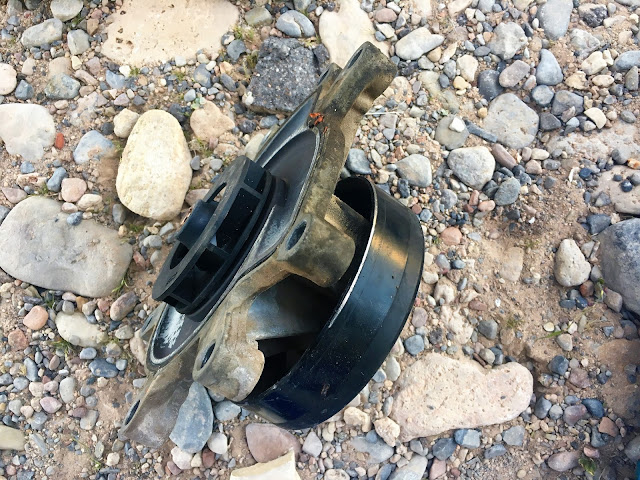 The next two pictures are just for my records so I have the part numbers if ever I have to change it again in the future. 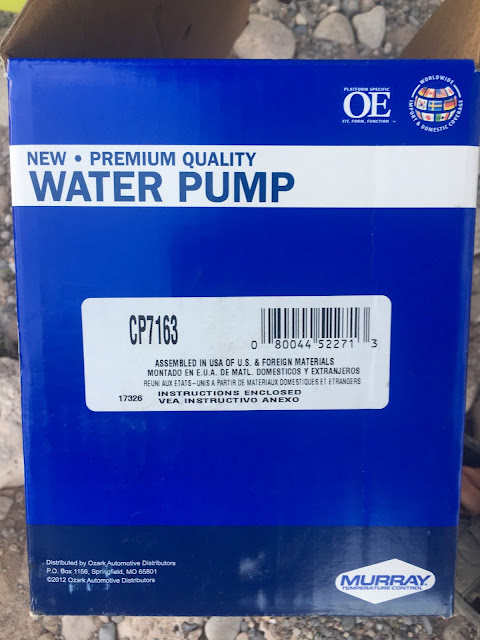 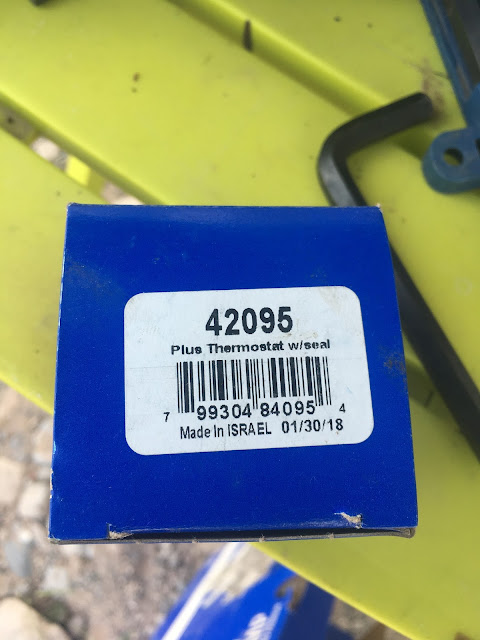 Later in the afternoon we headed into Henderson for supper.  Pat and Harold will be leaving for Manitoba tomorrow to attend his dads funeral so we wanted to get together before they left.  We went to Pizza Rock which is a restaurant that we were at last year as well.  Kind of a sports bar environment. 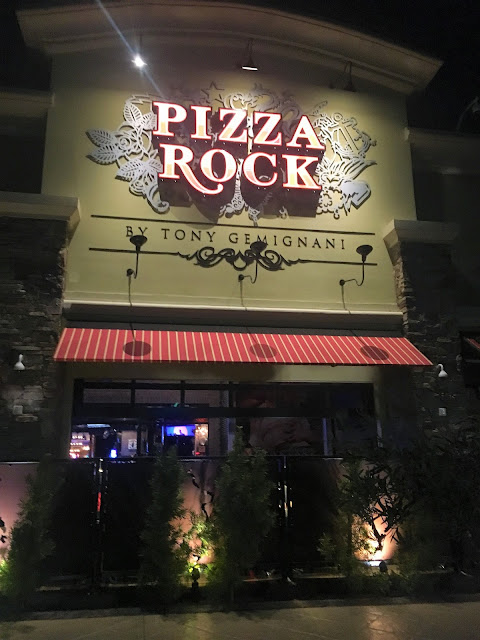 Amazingly enough there was a casino connected to the restaurant.  Who would have expected that in Las Vegas??? 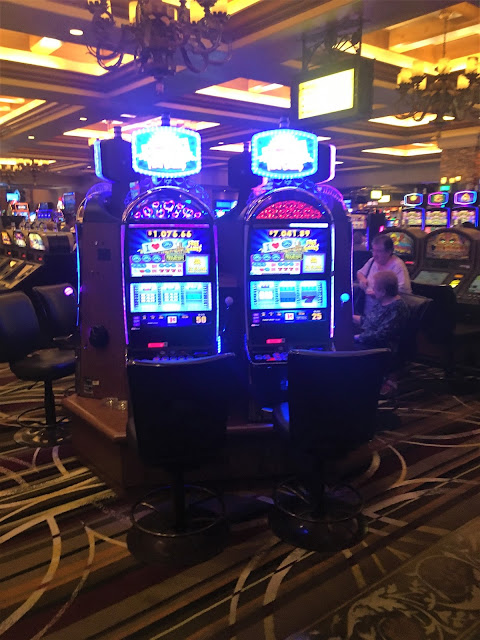 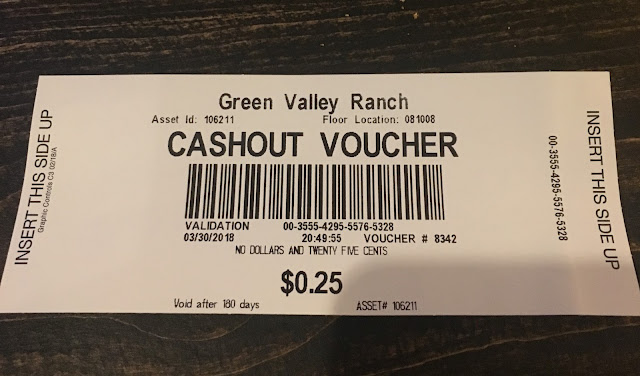 Supper was great as usual, and we love the big truck that they use for a DJ's booth. 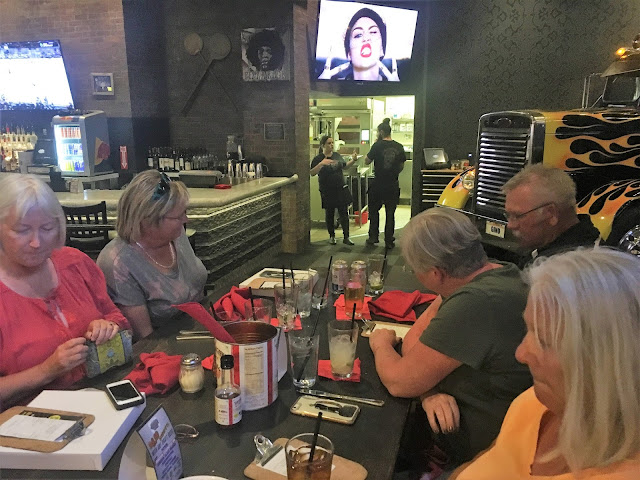 It was a great day with friends and we wish Pat and Harold a safe trip to Manitoba and a safe flight next week back to Las Vegas.

This was the view from our window today: 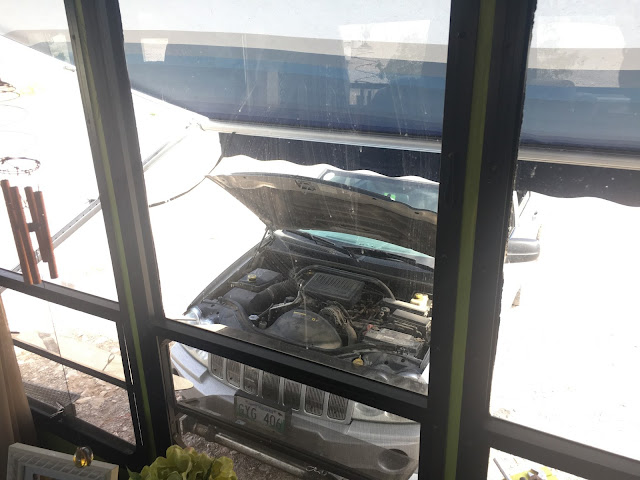