None of us had ever been to Joshua Tree National Park so we thought we would tour it today with the car and the Jeep. We are going to head up to Twenty Nine Palms and then over to the town of Joshua Tree and then back through the park.  It will be about 120 miles round trip. 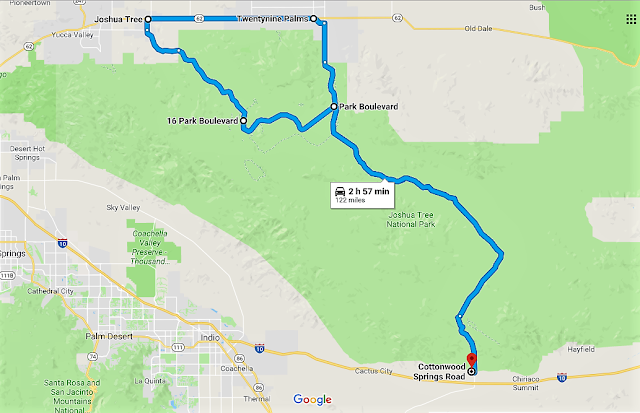 It was promising to be a gorgeous day so off we went around noon. 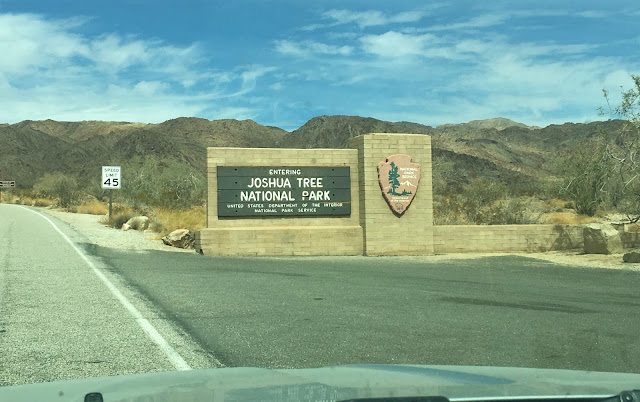 Although the trip through the park was great with lots of different rock formations, it is something you have to see with your own eyes to appreciate.  I will share a few pictures for anyone who has not been here, to give you some incentive to go. 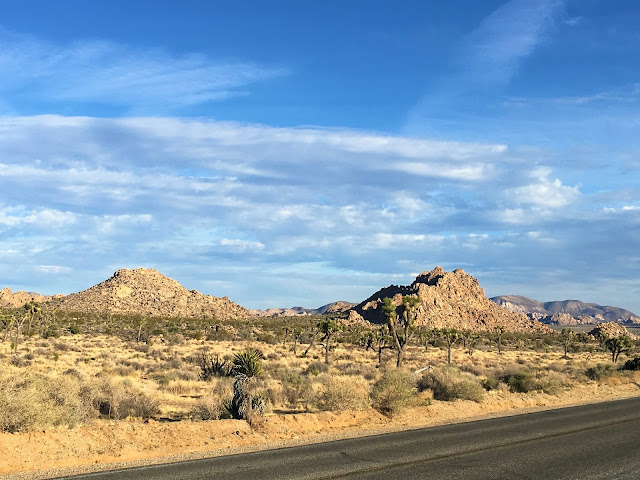 The trip to Twentynine Palms was nice but nothing spectacular.  They told us that the trip back through Joshua Tree would be nicer.  I asked a question about the history of the name 29 Palms and the girls said why don't you look it up and report on the blog.  So for my girls here is the history.

Legend says that the name of Twentynine Palms was first used by these gold miners because of the 29 Washingtonia filifera palm trees surrounding the Oasis, and in fact the area was designated as such in the description of a mining claim by two partners known as McKenzie and Germain, who stated that their claim was a certain distance from 29 Palms Springs. However, it is also known that an A.P. Green, a member of an 1858 survey party, reported that there were 26, not 29, fine, large palm trees at the oasis. There are many stories told of the derivation of our present name, including one that claims that it was Colonel Washington who named it for the number of palm trees he found at the oasis at the time of his 1855 survey, but this has never been authenticated. 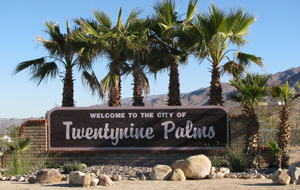 We grabbed some $3.09 gas (ouch!) and took 62 highway over to Joshua Tree.  We stopped for lunch at the Joshua Tree Saloon.  It was a way more lunch than we had bargained for and I'm sure supper won't be happening tonight.  We all left there with full stomachs. 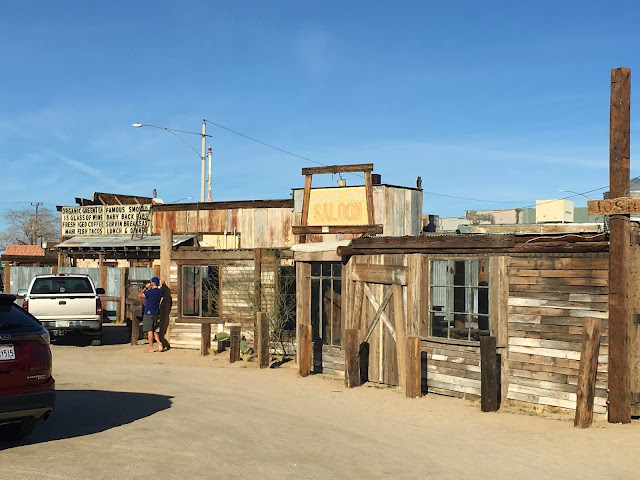 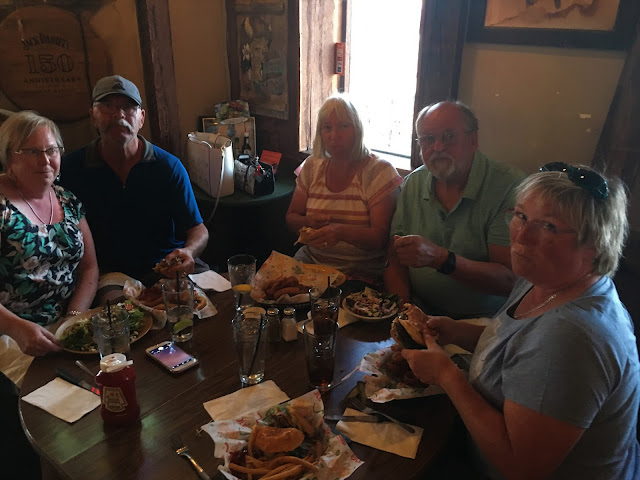 After lunch we headed back through the park and they were right.  This was the interesting part with all of the Joshua trees and the neat rock formations. 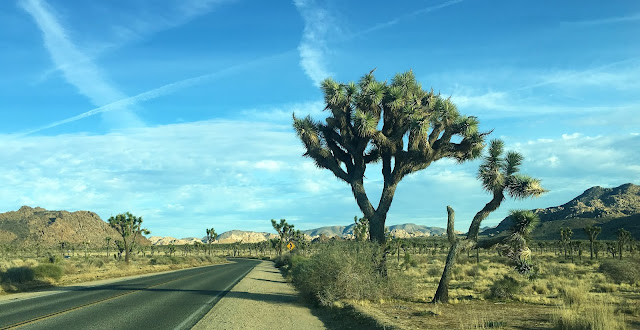 Be very careful about touching the leaves of the Joshua Tree.  They are super sharp and even the blade of the leaf is quite sharp.  I'm sure there have been weapons made out of these spines. 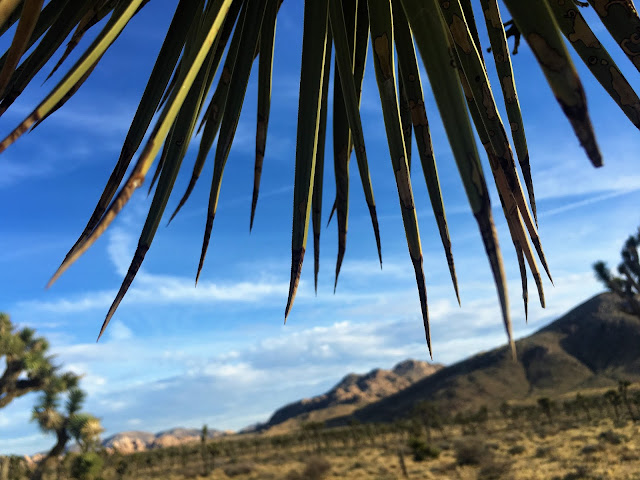 We stopped at a spot for some pictures and Sue and I got into taking a selfie.  Normally we take really bad selfies but today was better.  Only problem was the hair!!! Oh well.

Next stop was Skull Rock.  Although no one said for sure, we surmised this must be Skull Rock.

These rocks are very soft looking but when you climb them they have a really course sand texture to them.  This makes them easy to climb because your feet don't slip at all. We had fun scampering all over them for a while.  If you look hard you will see us. 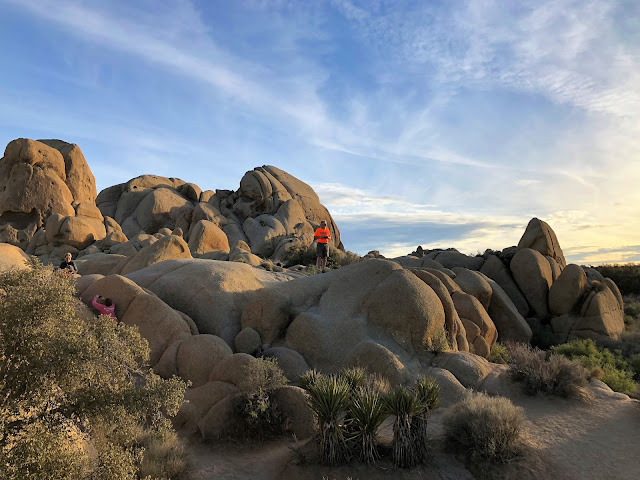 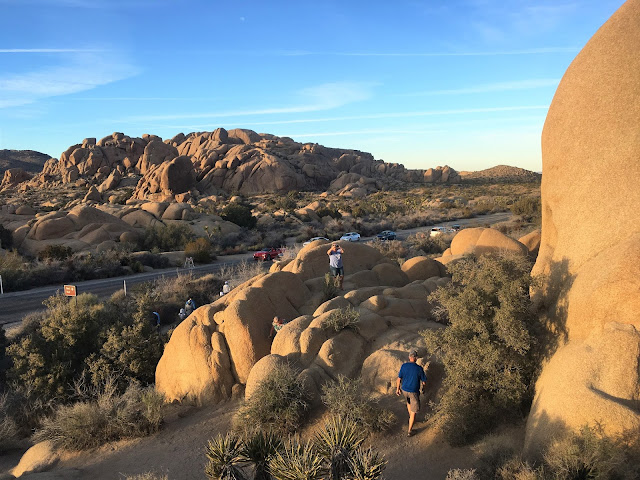 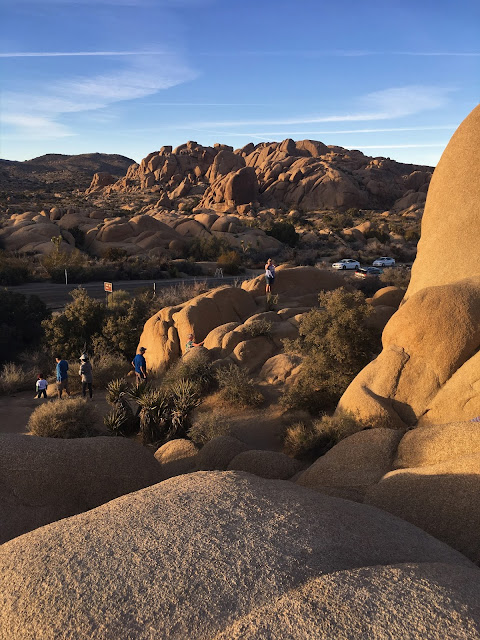 And I couldn't resist this picture of Ed and Lessie that Sue took.  What a great looking couple.  Oh to be as young and in love as they are.

We headed down the mountain and into the valley for the long ride home.  It was a great day of exploring. 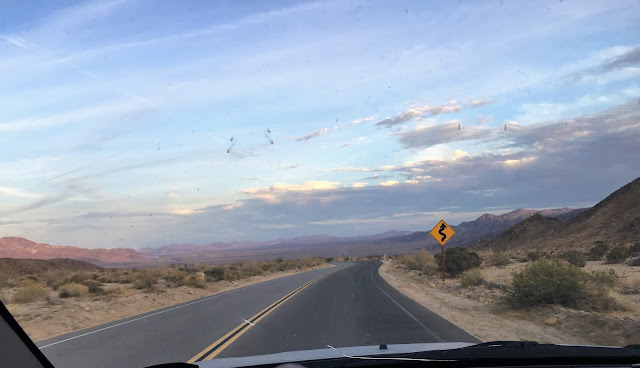 The view out our front window tonight: 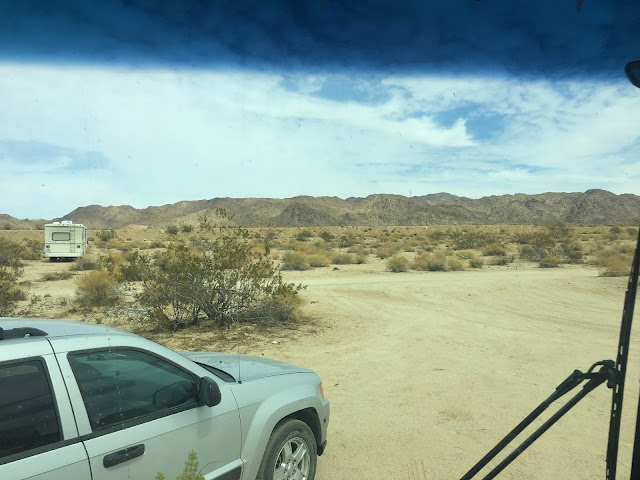 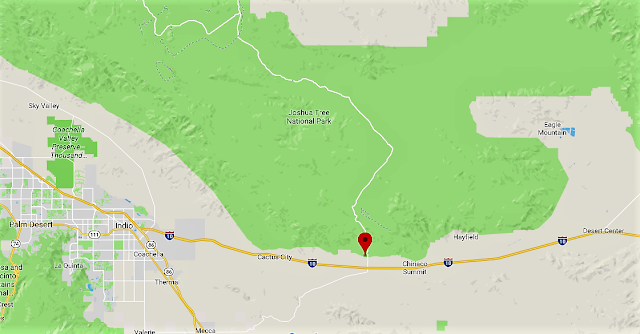 Posted by Lorne Green (A Place Called Away) at 22:18:00
Email ThisBlogThis!Share to TwitterShare to FacebookShare to Pinterest