The boys decided that we should tour Hoover Dam today.  Harold and I have been there before but it was a new experience for Ryan and Ed.  We headed out in the morning because this afternoon the girls have a plan for us.  The first stop on the way was to have a look down on the dam from the new bridge.  It is quite an experience to walk across it so high up in the air.  When Harold and I were here in 2010 the bridge was in the construction stage and the center section had not been built yet.  It was just some concrete sticking out of the east and west walls of the Canyon.

Going out on the bridge was a great first view of the dam.  You are up high looking down on it. 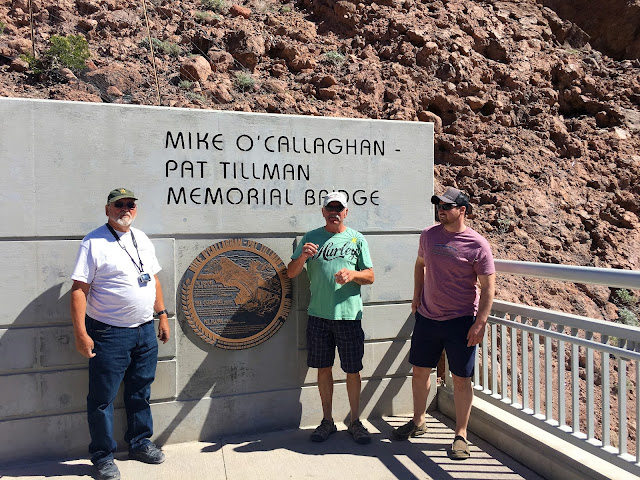 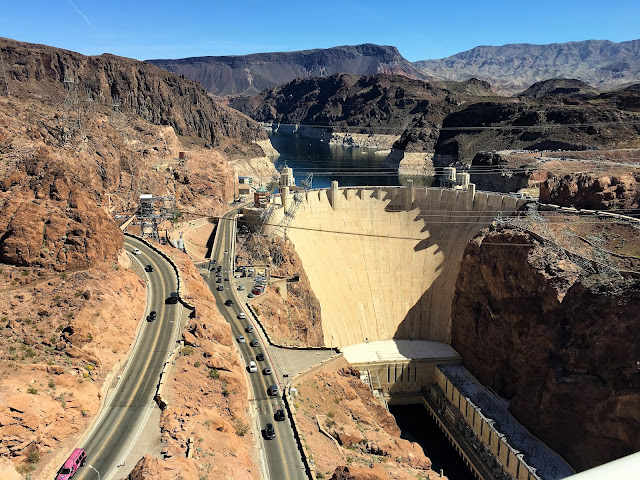 We were hoping to do the tour of the generating station down below which we had done in 2010, so after standing in line for about 15 minutes we finally got to the security and ticket booth.  That's when I noticed the sign warning about not going down if you had a defibrillator.  Well it just so happens that I have one.  Magnets and defibrillators do not work well together and power generators are just a great big powerful magnet.  Apparently if you have a defibrillator and you are at the end of life and they want to shut it off, the medical people hold a magnet over it and that will shut it off.  Not a good thing if you are still alive of course, so I opted to skip the tour and instead tour all of the above ground infrastructure. 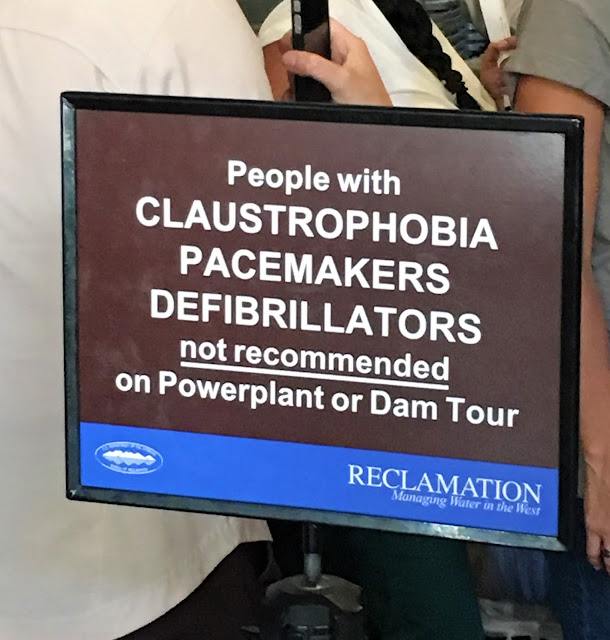 I took a look at how the dam was built using jackhammers from a wooden seat perched high up on the valley wall.  It looked like plain old hard work to me. 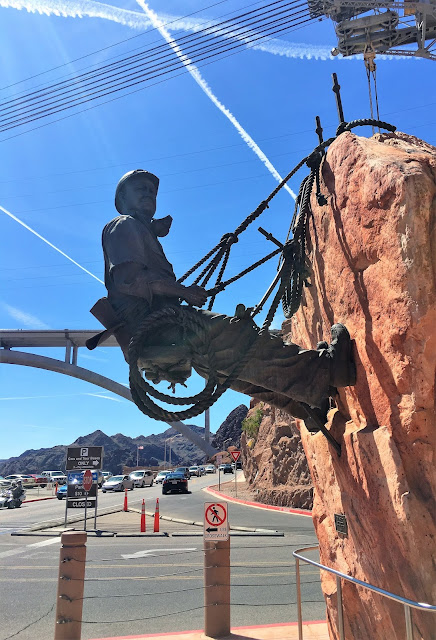 Of course everyone wants to stand in Nevada and Arizona which is in the middle of the dam. 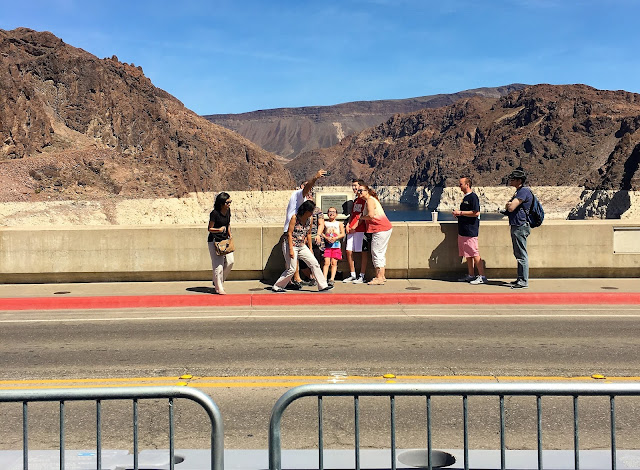 The road across the dam used to be the highway but today it just accesses the parking on the east side of the dam.  There are some interesting vehicles that cross on the way to park. 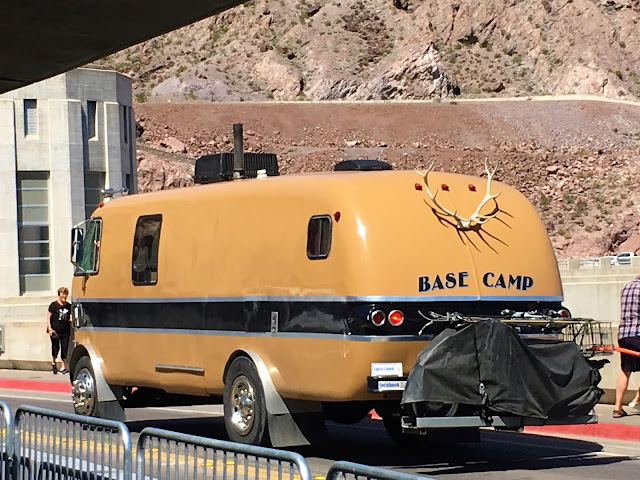 One of the things that I have never looked at was the spillway on the east side.  This spillway is when the lake is full and the water bypasses through it around the dam.  It has been dry a long time because as you can see the lake level is way down. 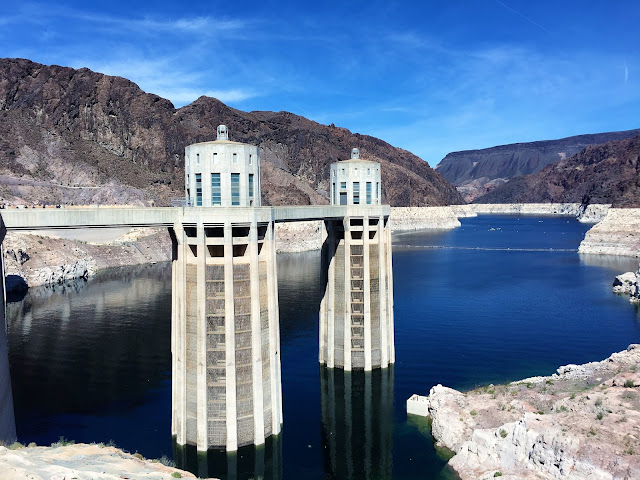 The top of the spillway is fitted with hydralic plates that can be used to increase the level of the lake if needed.  I think it was a wasted expense to date.  The outflow pipe is quite a good size. 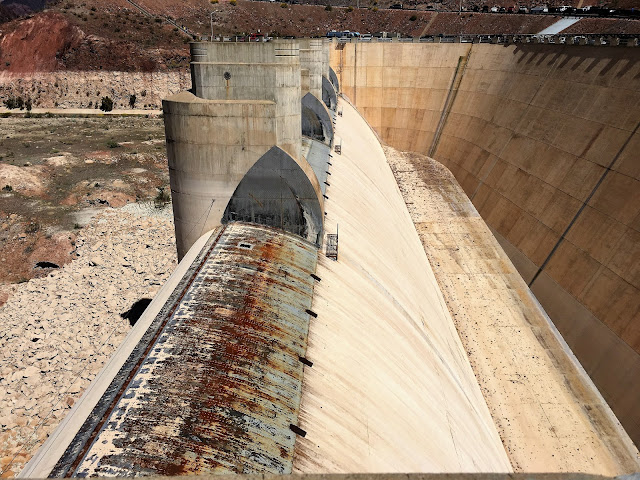 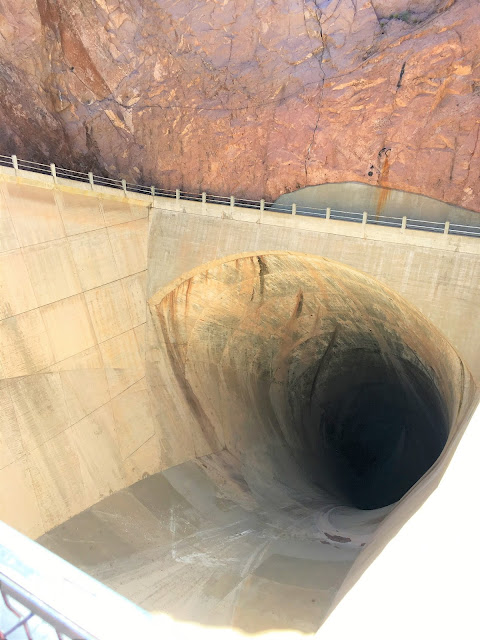 The only time the water flowed over the spillway was in 1983.  The sign had some interesting info on it. 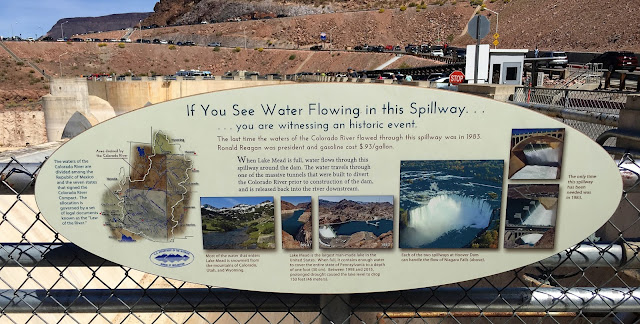 Once we finished the Hoover Dam tour the girls cleaned us all up and headed us for Freemont Street.  We wanted to see the night life and have some supper.  We had a great buffet at the Paradise. 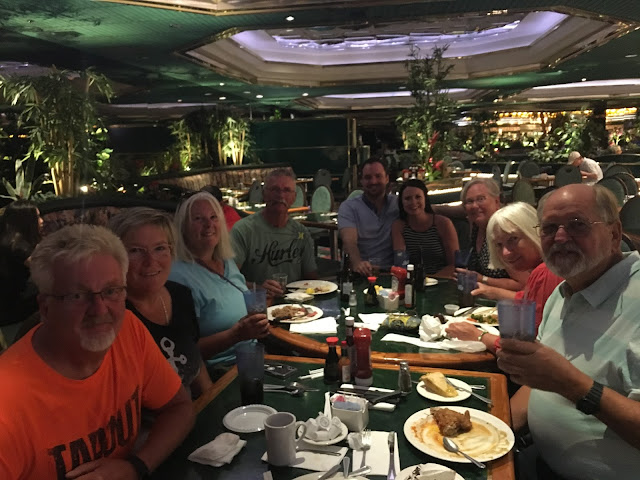 Then it was off to see all the stuff that was happening on the street. 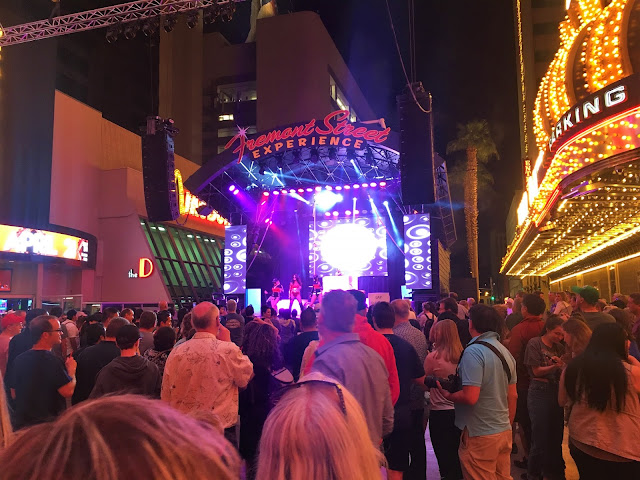 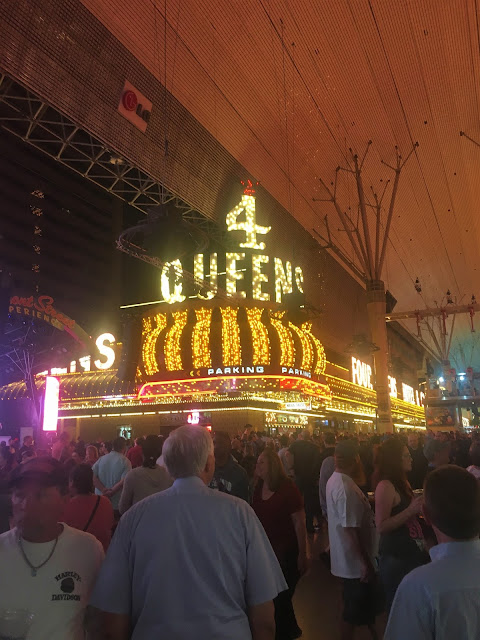 The show on the ceiling was spectacular as usual. 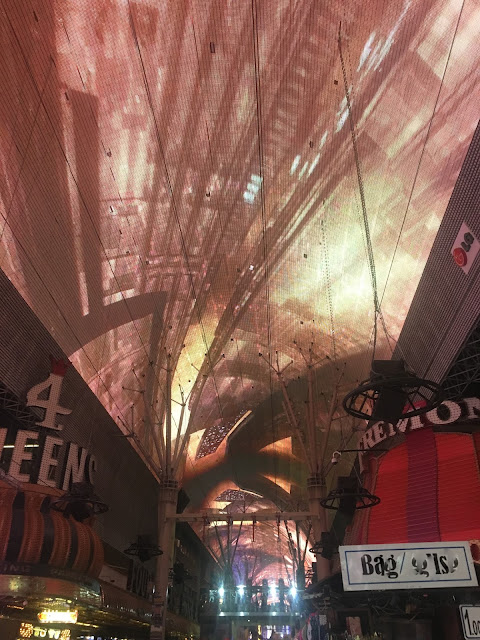 The view tonight was from the windshield of the Jeep on the way home.

Posted by Lorne Green (A Place Called Away) at 16:33:00
Email ThisBlogThis!Share to TwitterShare to FacebookShare to Pinterest