We had another awesome happy hour this morning and soon set out on our appointed chores.  My chore was to clean the solar panels.  When I got up on the roof of the Ponderosa, I had to take a picture of the empty happy hour circle. 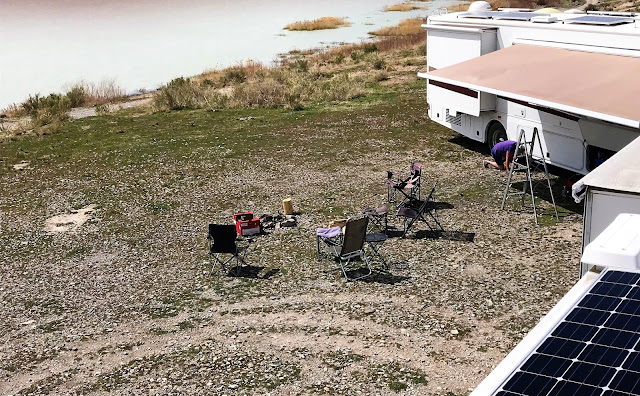 We had a few drops of rain when we were in Lake Mead and there was a layer of dust on the panels before that.  That just makes for dirty panels and we will need all the performance we can get from them when we get to Canada.  The angle of the sun will still be a little low there.  So I gave them a good shine with some lake water.

We have a really rugged hill behind us and today there were some Jeeps up there trying to do some rock climbing.  We did hear some bad noises up there but in the end they all made it to the bottom, upright. 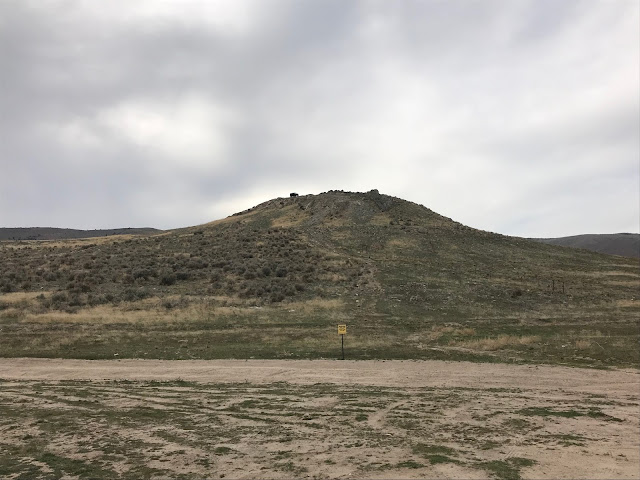 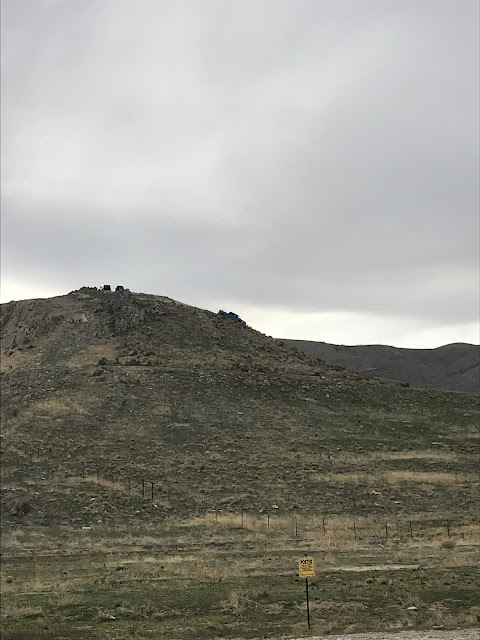 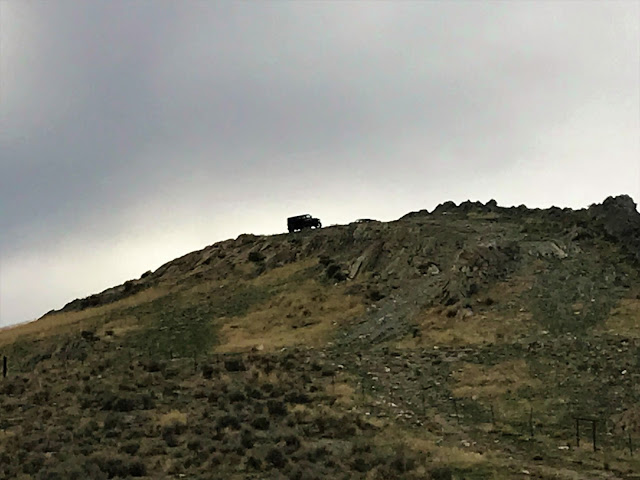 This morning a ranger came along and saw us using our magnet to pick up nails around the parking spot and seemed pleased that we were trying to help out.  It looks like there have been pallets burned here for years by the amount of nails and screws laying around.  He dropped by later and dropped off 2 rolls of garbage bags for us to put them in and said to keep the rest as a reward.  We went for a walk this afternoon down by the lake, and decided to pick up garbage along the way.  We had no problem collecting 2 big black bags full and we figure if we help a little and you help a little, we will get this country cleaned up in no time.  Hard to believe the amount of trash that people leave behind. 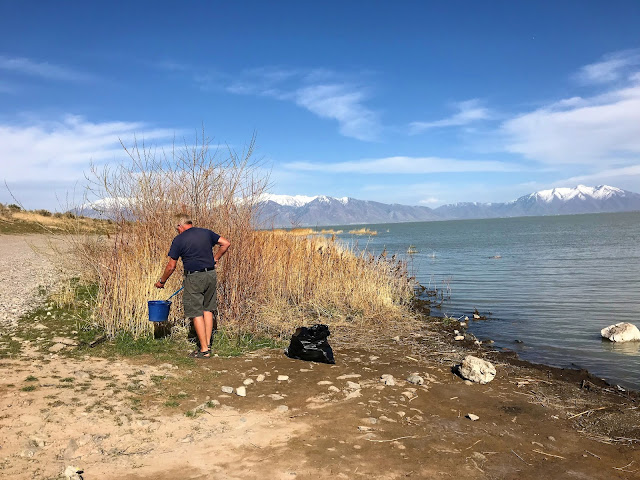 On our way back we passed by our neighbours who we had not met yet.  Kelly and Marshall and Kelly’s dogs came out to introduce themselves and we soon fell into a neat conversation about what we are all doing here.  They each live in their own cute travel trailers and have been on the road for a few years.  It never ceases to amaze me how many people we meet who are full timers and how many of them are younger people who are making a living while boondocking in the wilderness. What a great lifestyle.

Kelly and Marshall are business partners who have an internet business called Camp Addict.  They test various RV equipment and write reviews on it for lots of companies.  You can check them out at campaddict.com   They have reviewed a lot of products that RVers like to use.

I managed to get the drone out again today and took it up to take a few pictures of our camp and the area around it.  The other 2 trailers are our new friends Marshall and Kelly. 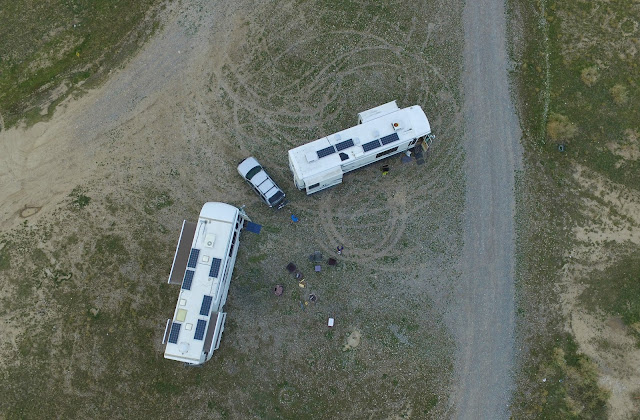 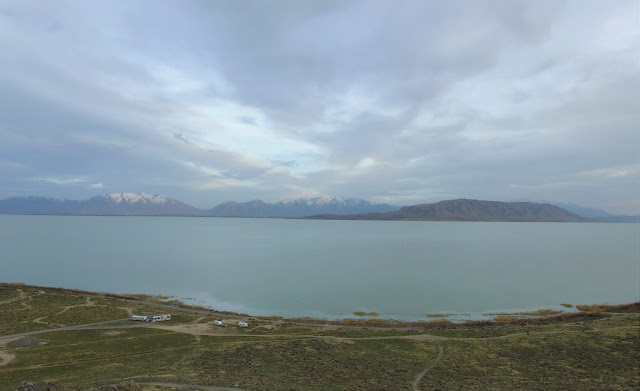 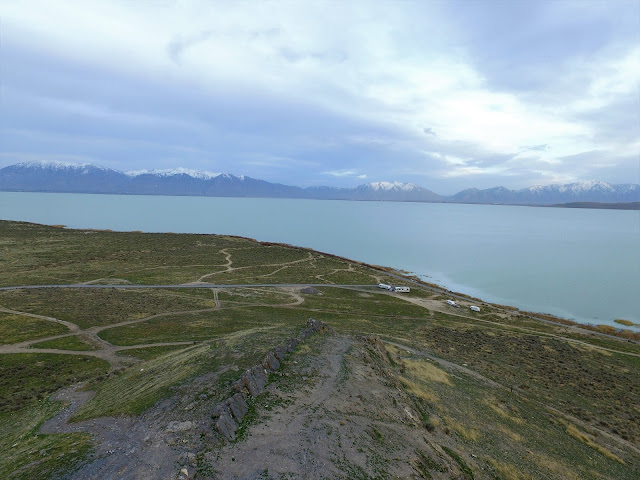 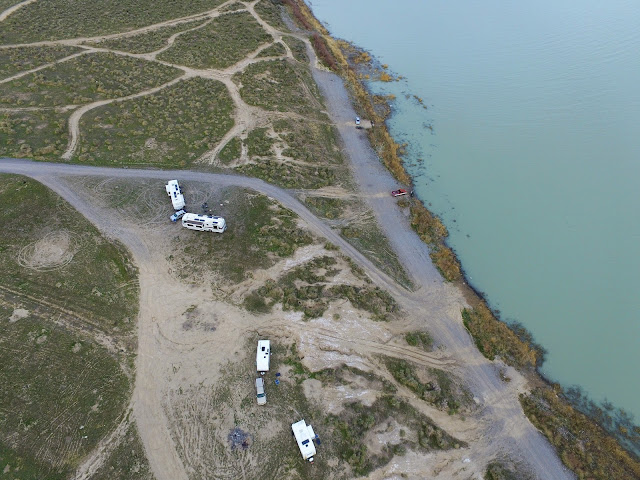 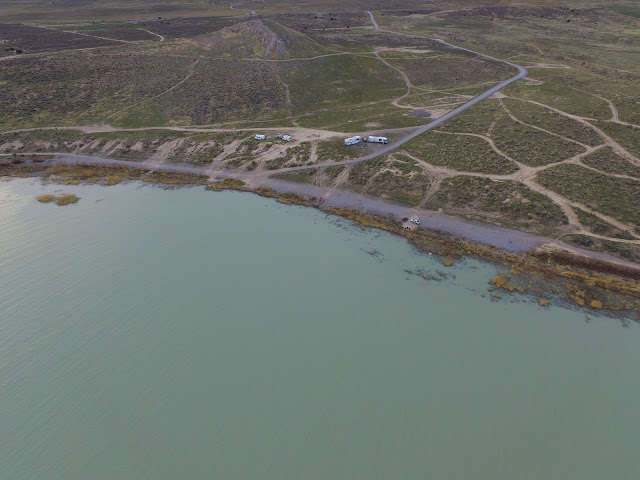 After supper we decided to try out the new fire log that Sue had bought at Lowes the other day.  It has a hole in it and has some fire starter in there.  It burns from the inside out and is supposed to last for 2.5 hrs which it did. 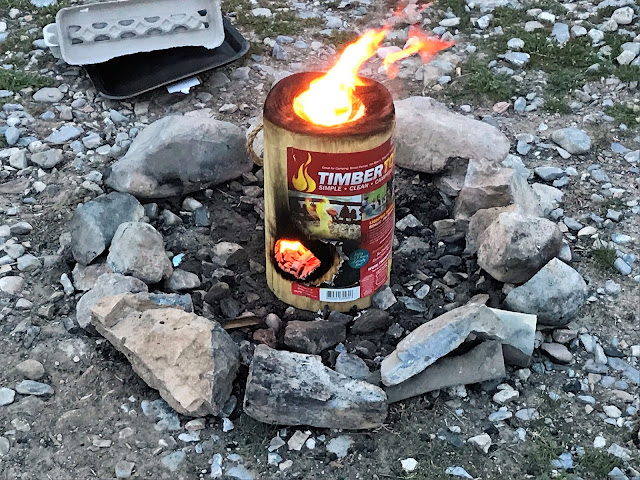 The fire log burned well but as dark settled in we needed more fire for more heat.  Our neighbour Kelly joined us for some stories around the fire.  I think maybe she was concerned we were going to burn down the whole country when we had a box fire.  A box fire is when we set one of those heavy Costco boxes on top of the fire and the flames leap up to the sky.  She said she will always remember us and the box fire.  Lol 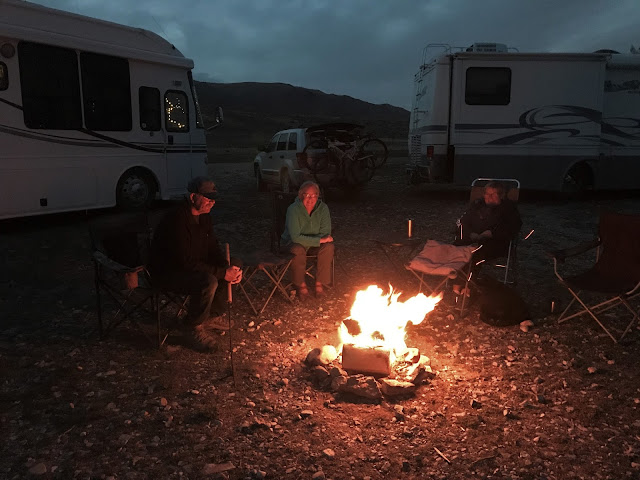 I will share 2 pictures of the view from our window today.  One was taken in daylight and one was taken after dark of the same area. 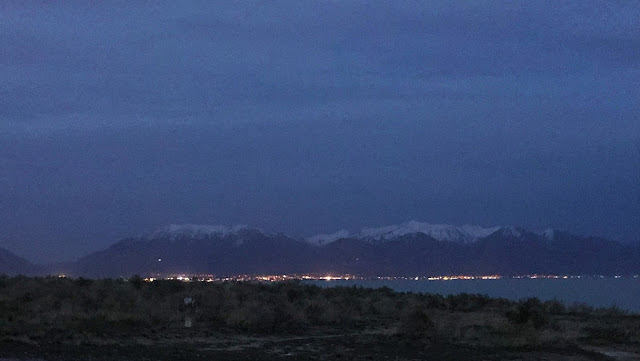 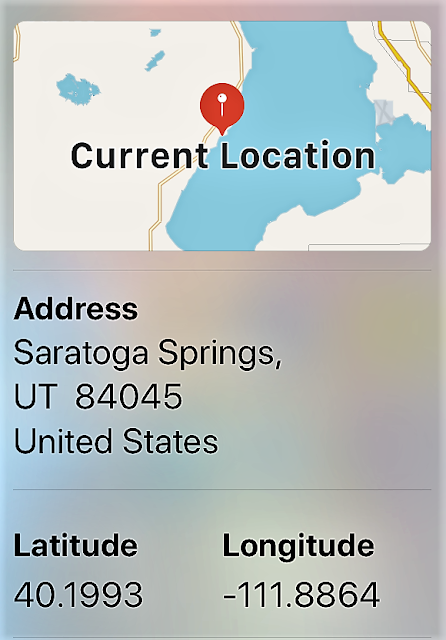 Posted by Lorne Green (A Place Called Away) at 22:47:00
Email ThisBlogThis!Share to TwitterShare to FacebookShare to Pinterest