A Long walk on the Beach

Sue and I decided to take a walk on the beach all the way to the far end of Rincon de Guayabitos.  I think it is about 3 or 4 miles.  We just wanted to wander along slowly and take in the sights.  The first part of the journey is through La Penita which is a traditional type of town.  They were doing some building on the road we walked on.  Her is how they get concrete from the ground to the 3rd floor.  See the metal hooks they grab the pail with from the guy on the floor below!!  No one complains that it is too much work, they just find a good song to sing and off to work they go.  The building may get finished this year or next or the year after.  Not important. 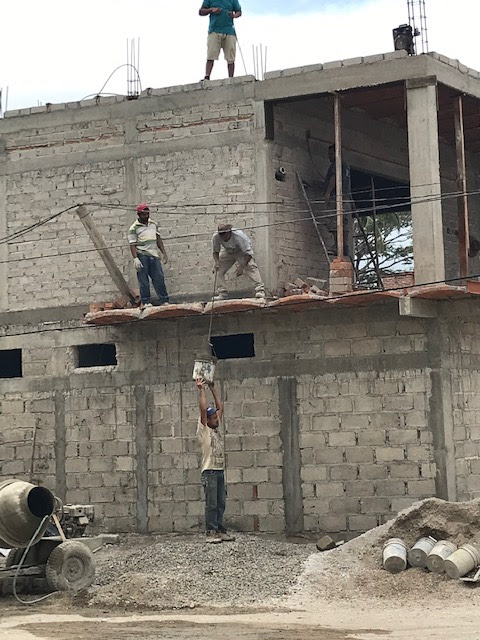 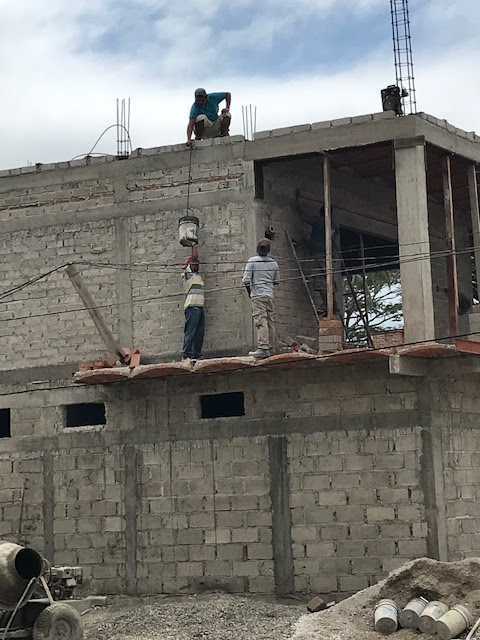 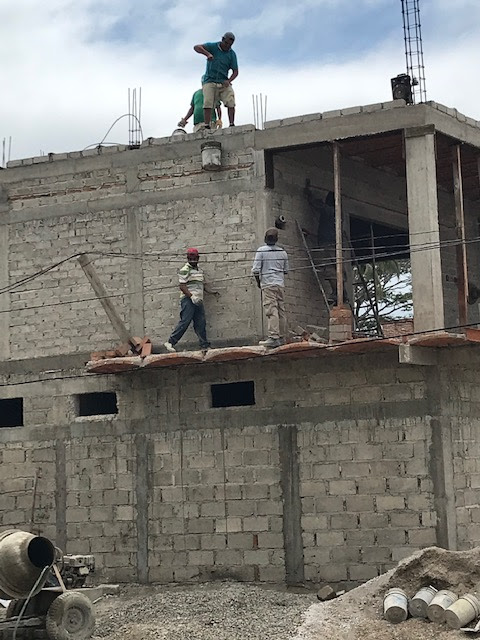 Farther down the street we saw a Gringo stop at a convenience store for a package of cigarettes and a coke with a nice blue Chevy truck.  By the time he got back, the locals had stripped it and this is all that was left.  Quick huh!!  Do you remember when this was the type of story that used to come back from Mexico?  I don't know if I now believe those stories, because we have had very little evidence of theft or crimes at all.  In fact we see the opposite where if you leave your purse somewhere, someone will be running down the street to catch you and return it!!!  But the picture cried out for a good Mexican story!!!! 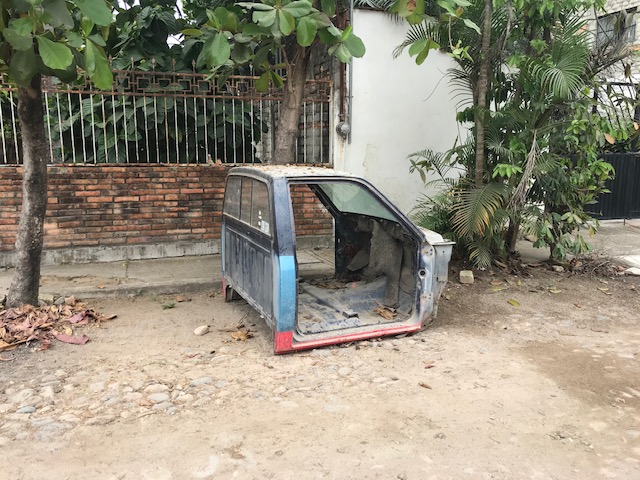 We walked by the jetty that has the memorial to lost mariners.  This is a fishing community so I imaging they have had their fair share of deaths at sea. 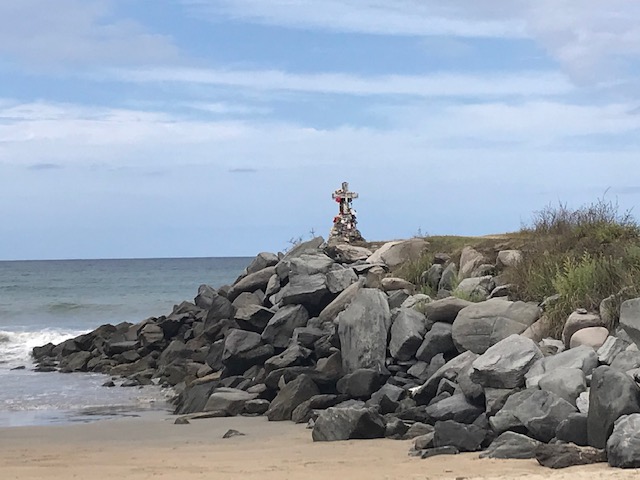 About half way, we had to sit on a log for a rest.  Today was cloudy with a nice breeze blowing off the sea.  A perfect day for a walk. 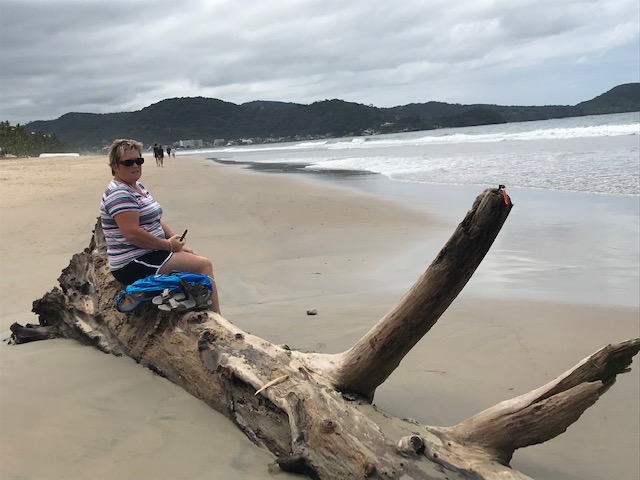 Now you would think that we are on a deserted piece of beach somewhere but actually what I am not showing you is what is known as Gringo Gulch.  It is where there are lots of multi million dollar houses owned by foreigners who wouldn't put their foot in the sand if they were paid.  A seagull may have pooped there.  So just forget about them and focus on the nice semi deserted beach that we were walking on.   Because we are walking to Guayabitos which is a tourist town, the beach started to get more crowded.  I still laugh at all the white bodies on the beach, fresh off the plane.  They still have a nasty sunburn to come but they are having fun getting it.

The pelicans are not scared of humans down here at all.  They beg from the street vendors for tidbits. 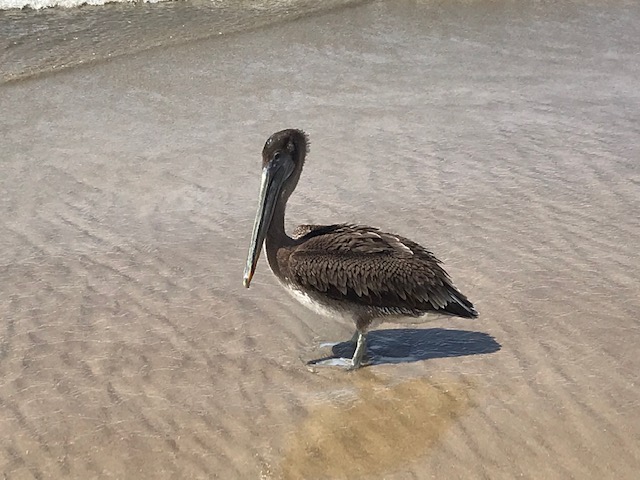 We had to stop somewhere for lunch so Sue suggested Salvadors.  It is a restaurant that we ate at 10 years ago when we were here for a vacation with Cam and Jill.  So we found it and had lunch. You can see that there are lots of people on the beach down here.  Pat and Harold and Kevin and Ronda joined us later but I didn't take a picture. 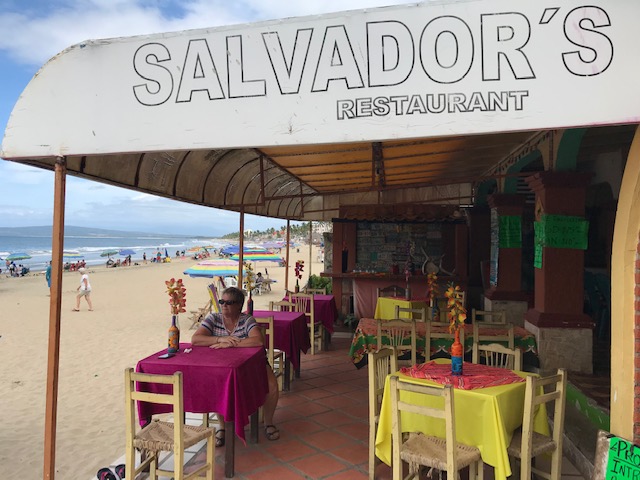 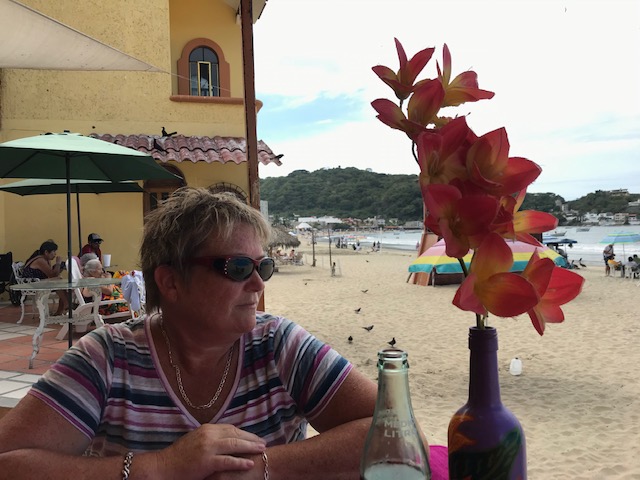 After lunch we ventured farther down the beach and saw some guys cleaning the bottom of a boat.  A bit of steel wool and some sand did the trick. 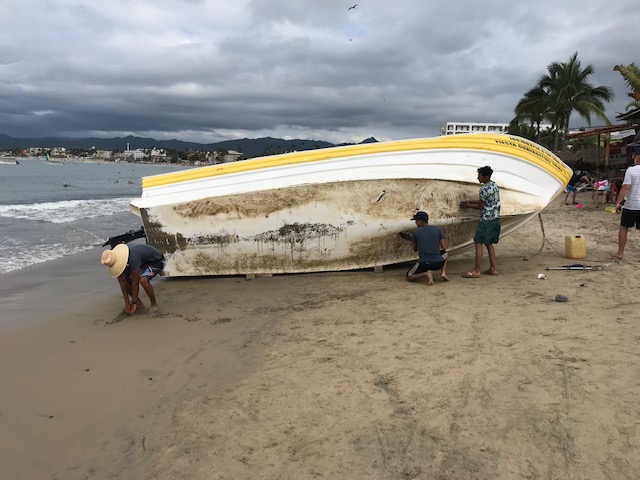 And further up there was a new building with a thatched roof being installed.  For Elaine's information there was not a safety harness in sight and the guy was in bare feet!! 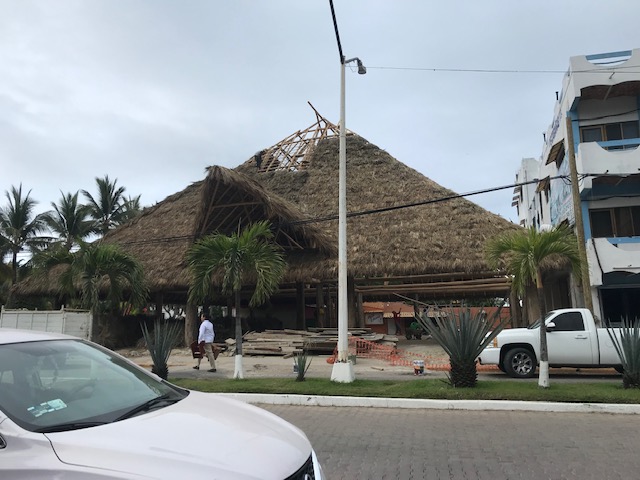 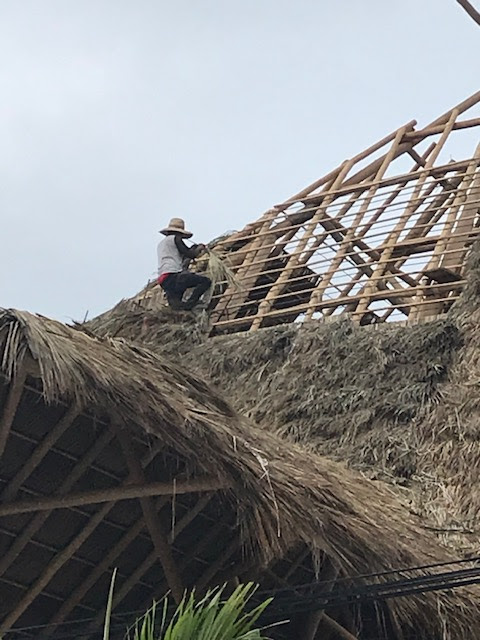 We ended our day with our friends Pat and Harold and Kevin and Ronda at a neat little hole in the wall wood fired pizza place called Lucy's.  They have great pizza and if you reserve ahead of time they will seat you out on the street where the breeze blows.  Anyhow, Kevin and Ronda head back to the great white north tomorrow so it was goodbye to them. 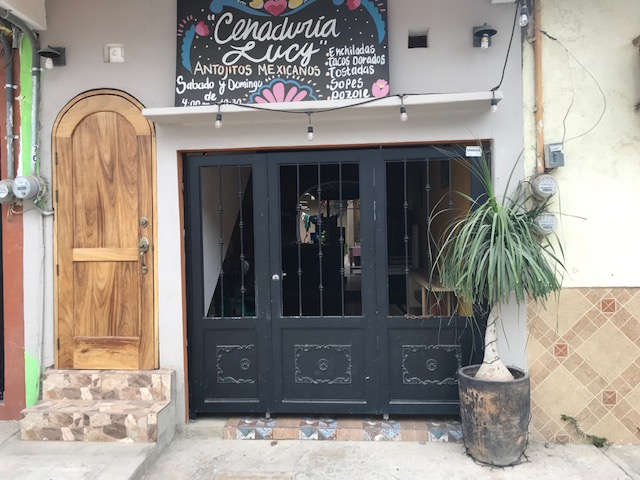 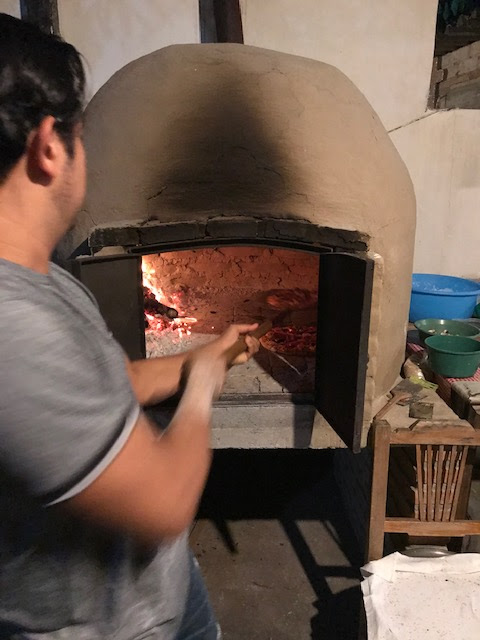 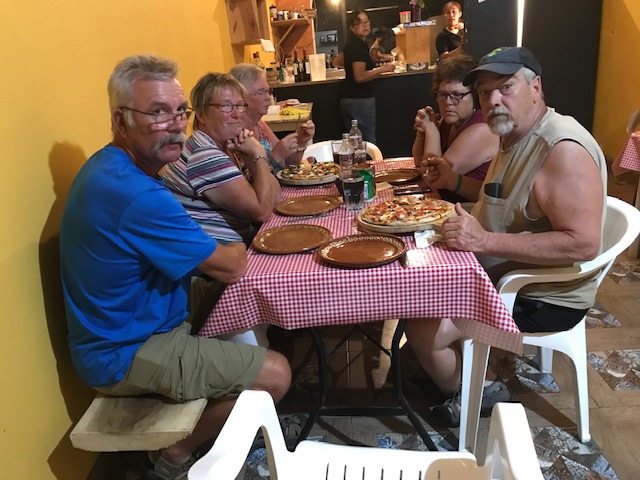 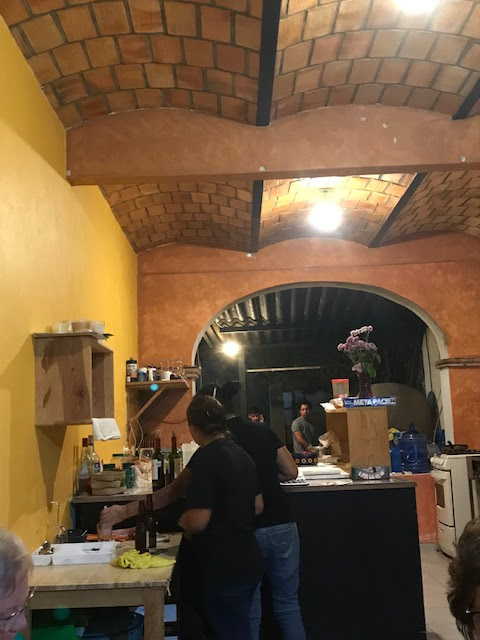 Our new neighbours Lance and Christine showed up as well a little later.  Christine just came in on the plane today.  We will hopefully get to know them a bit better as time progresses.  Hope everyone else had a good day like we did.


Posted by Lorne Green (A Place Called Away) at 07:32:00
Email ThisBlogThis!Share to TwitterShare to FacebookShare to Pinterest