A Good catch for the Fishermen

Well I guess I will have to start getting up earlier again because this morning by the time I got down to the palapa, our local fisherman had been out and came back in with a big catch.  He apparently had over 2 coolers full of nice fish that he had caught as well as some sting rays.  He was beaming from ear to ear because I'm sure the catch is worth a lot of peso's to him. 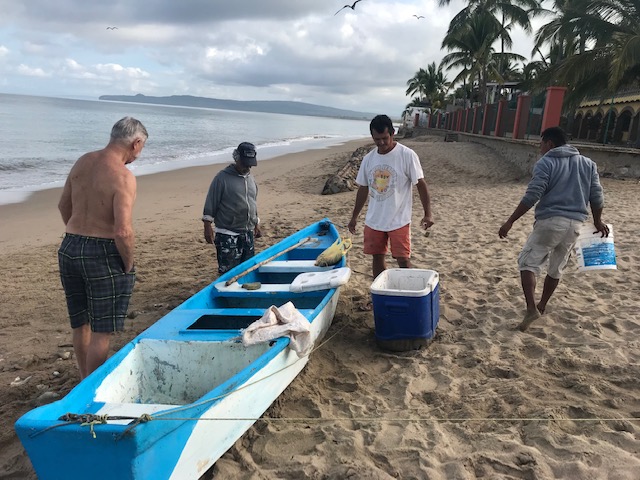 They proceeded to cut up the sting ray and the guy cutting it would touch the tail with his leg once in a while and he would do a little dance and yell ey ey ey!  I guess they still sting when they are dead.  After he cut them up he washed them a little in the ocean and then threw them in the boat.  I don't know if they use them for bait or if they sell them to the fish shop. 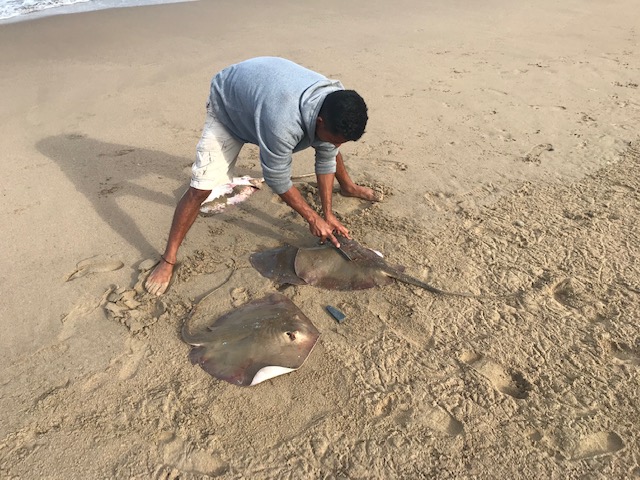 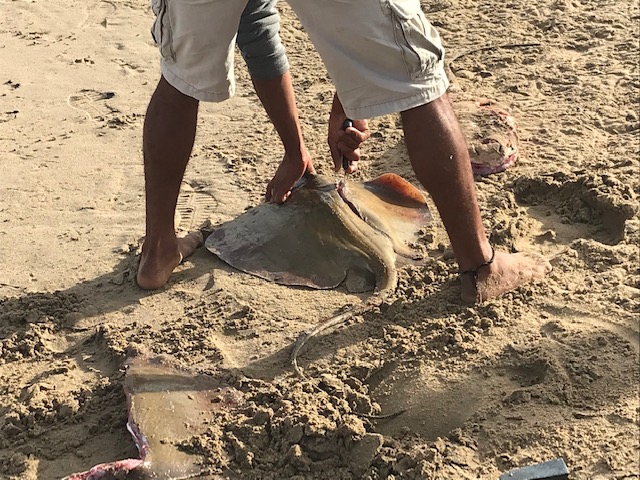 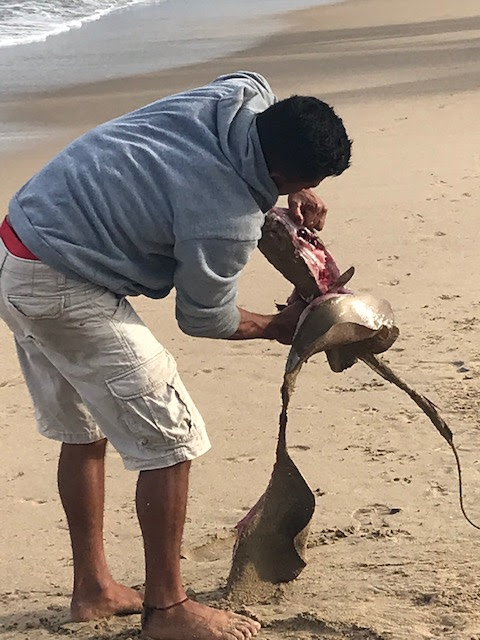 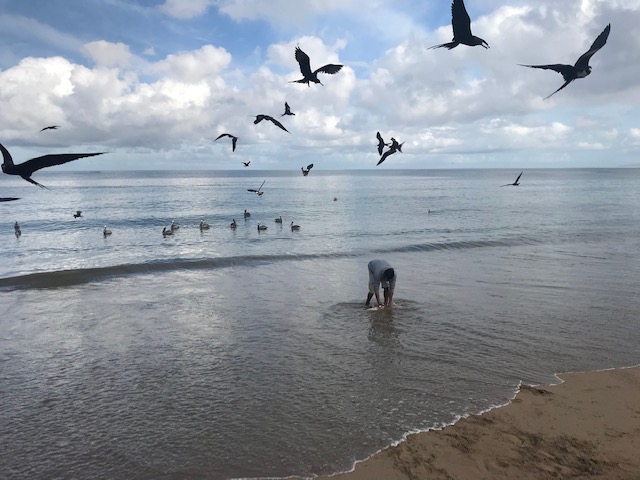 We got a new neighbour this morning with a nice little 23 ft MH.  It fits just nicely in front of us.  Lance has some Manitoba roots so we had a nice chat.  His wife Christine will be flying in tomorrow to join him. 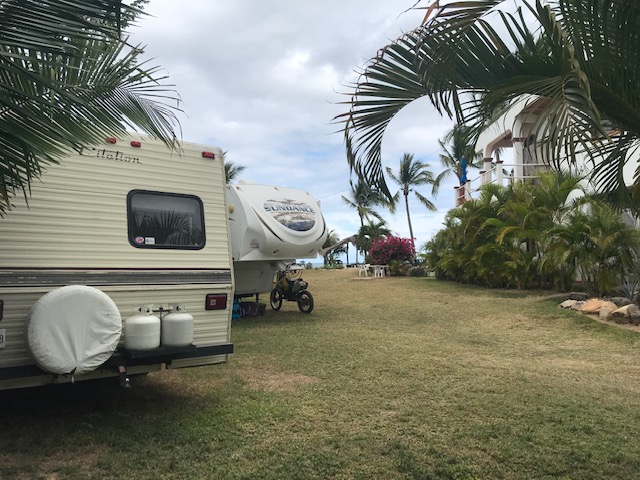 Our banana tree is still flowering in the back of the Ponderosa.  The bulb on the bottom curls up one layer at a time and shows a nice flower.  It lasts for about a day and then drops off and a new one curls up. 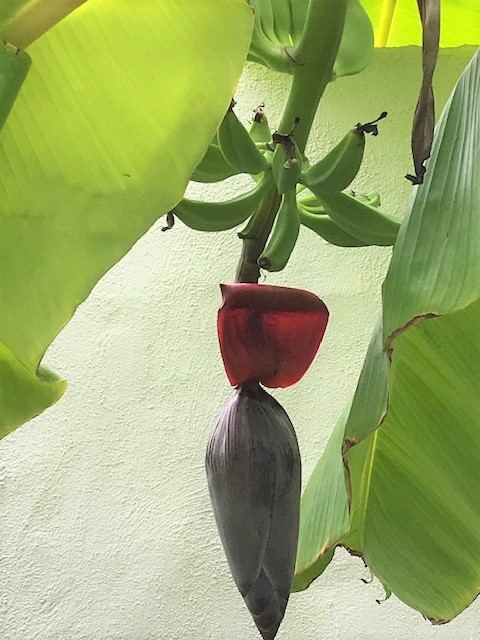 A little later in the morning we had a visit from a couple who we have never met yet.  A couple weeks ago Jeff Worth from home messaged me that his sister and BIL would be in La Penita and to keep an eye out for them.  Well today they came to find us.  Rick and Amy are from around Erickson MB and are spending some time in the La Penita Trailer Park where we were before.  We had a good old visit and I'm sure we will run into them lots now that we know them. 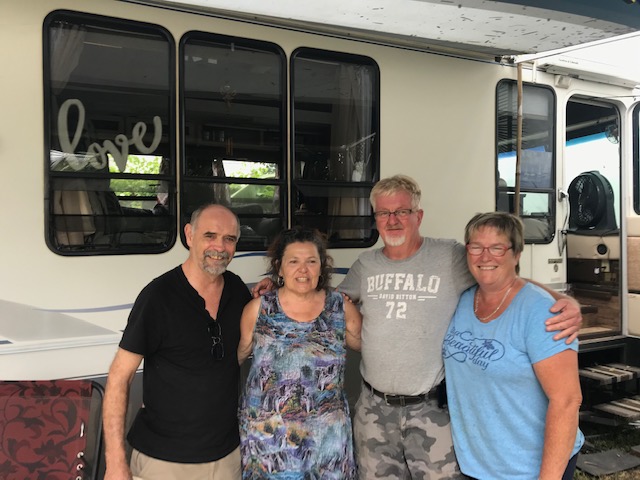 So once you have been in Mexico for a while you figure out some of the customs.  One of the things they do is siesta time.  From 2 until 5 in the afternoon most of the town is closed down.  They pull down the big garage doors on their businesses and go take some family time.  School is over at 2 so the whole family can be together.  Even the dogs have it figured out and they just lay down for a nap wherever they are at the time.  And they don't even open an eye when you pass by.  They are dead to the world. 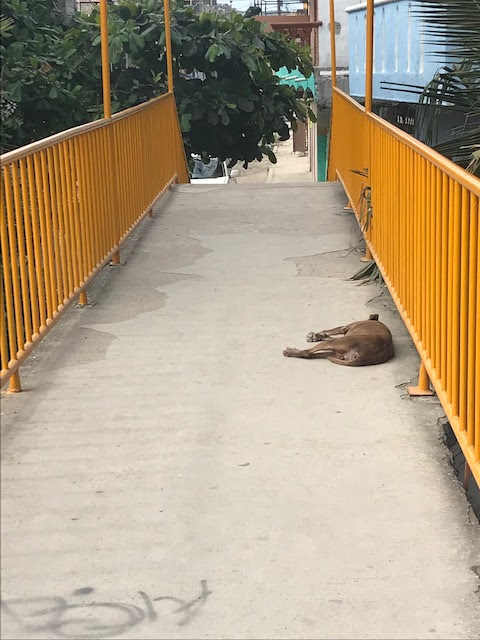 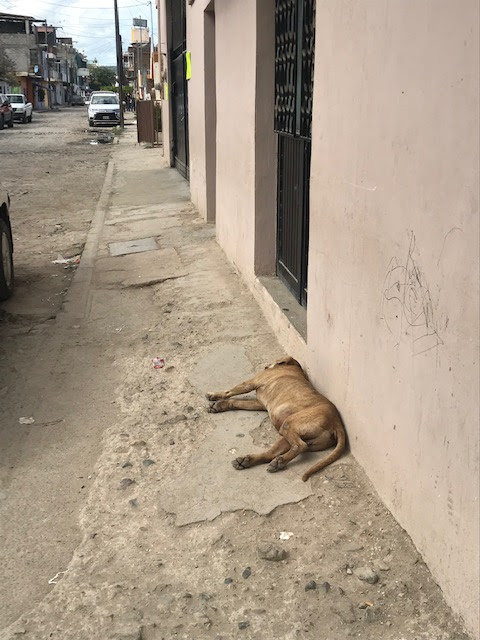 For supper we were invited to dine with Pat and Harold and Kevin and Ronda.  We all met at Las Karitas Restaurant which is owned by Sergio who is the caretaker at the RV Park we are in.  Lots of people take advantage of the short Snowbird season and run restaurants for the winter months for extra income.  Las Karitas has a pretty good reputation and we get good service there. 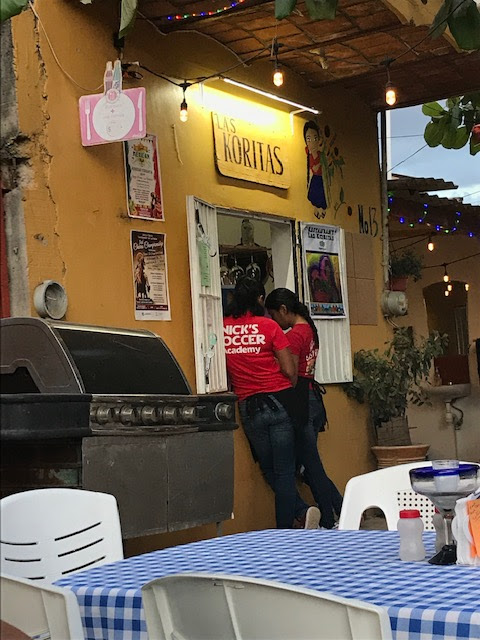 The tables are on the edge of the street so you have to watch for cars passing by so you don't get clipped by a mirror.  Quite typical for Mexico. 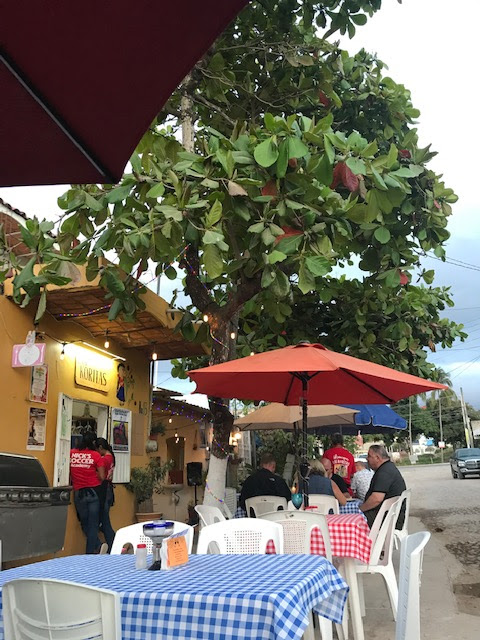 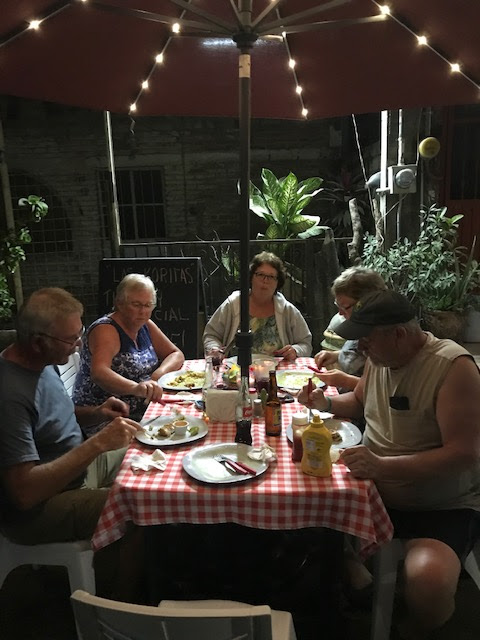 Everyone said the food was great.  I had Curried pollo (chicken) and it was wonderful.  Here is the evidence!!! 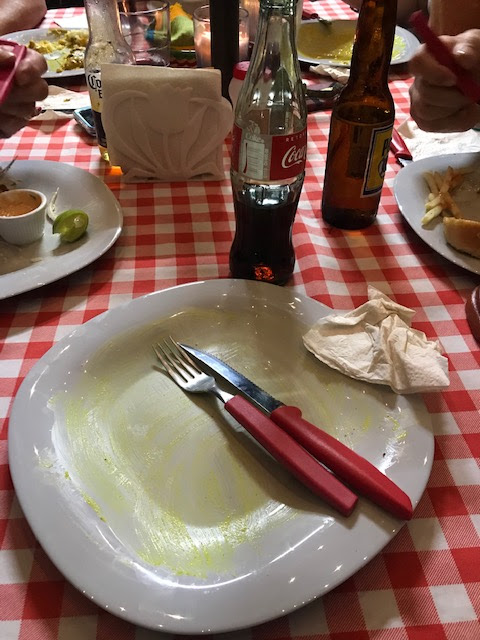 Hope your day was as good as ours.


Posted by Lorne Green (A Place Called Away) at 20:20:00
Email ThisBlogThis!Share to TwitterShare to FacebookShare to Pinterest