A Waffle by Kenia

This morning was just a sit on the beach and drink coffee kinda morning.  Most mornings I walk to town which is about 10 minutes and get what we need for the day.  For the last week or so we have been eating out so supplies were not that important.  So on those mornings I just sit and watch the world go by.  Our resident fisherman was going out to check his nets this morning so I took a few shots of him hitting the waves.  The boat is small but still weighs quite a bit so he has to use the waves to get him off the beach.  He just stands there patiently until the right wave comes along. 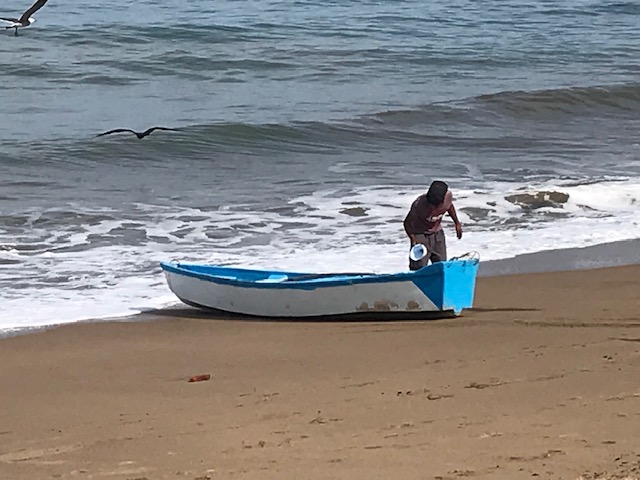 Once the right wave appears it lifts his boat and with very little effort he is off into the ocean. 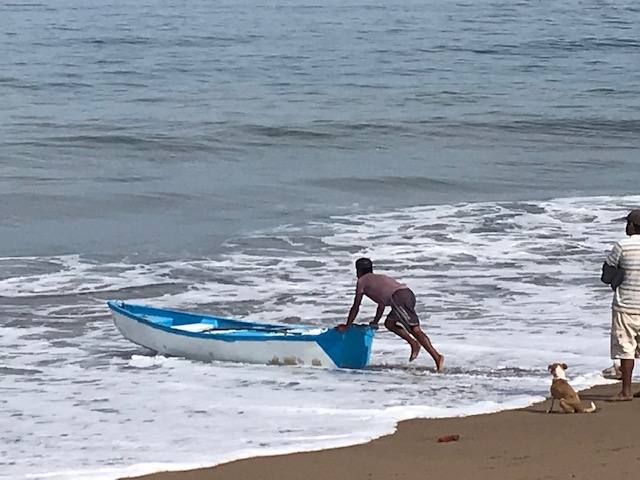 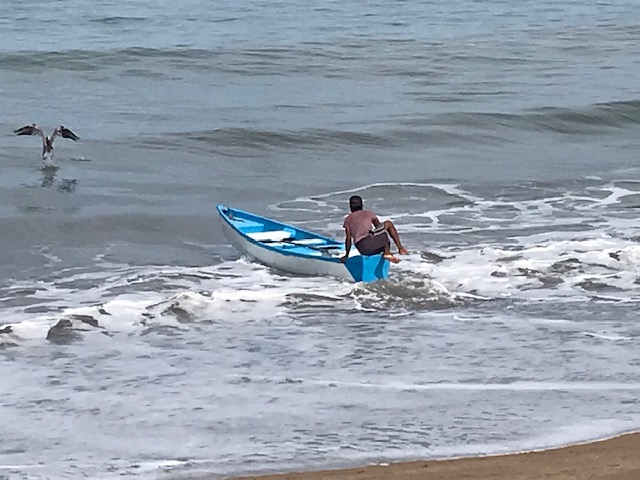 I watched as he met a bigger wave head on and even got a photo of him riding the crest of the wave.  He is a very proficient boat handler for his young age.  There are a couple of old guys that come by occasionally who I would bet showed him everything he knows. 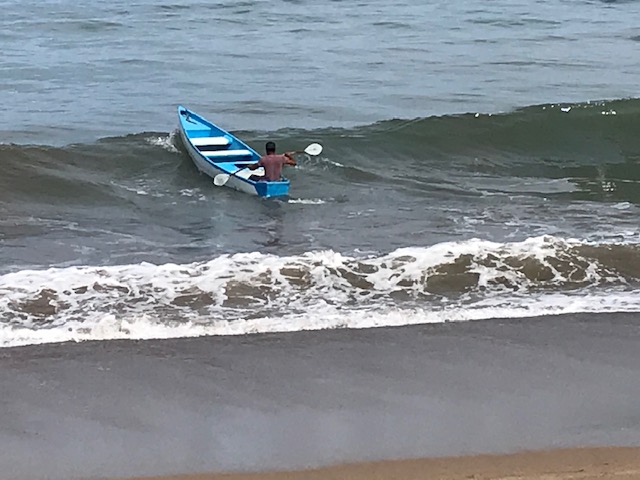 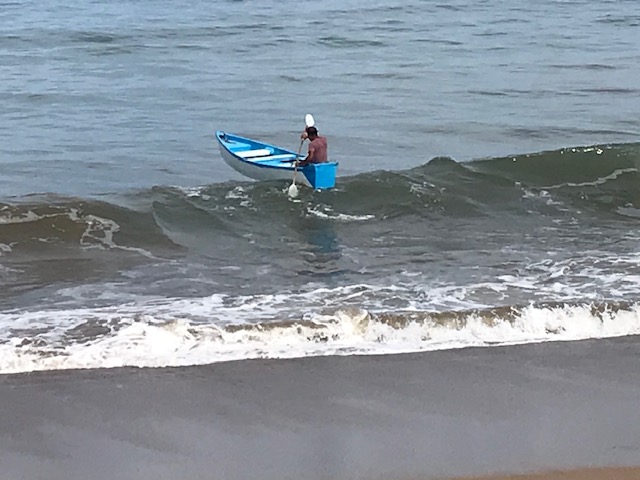 All of the frigates and sea gulls cleaned up the beach where he had been working with his nets a little earlier. 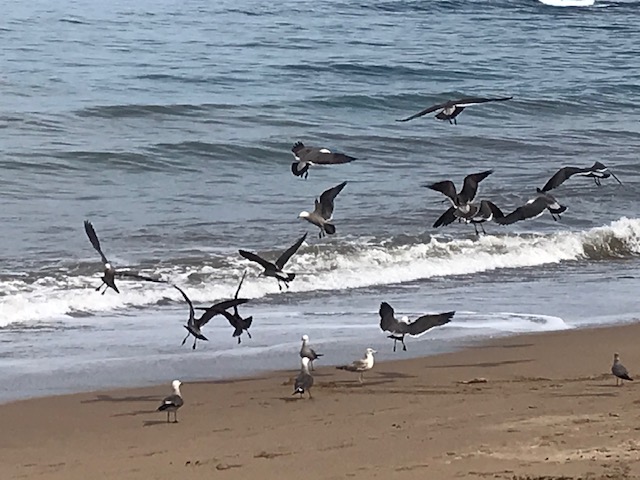 That was all the interesting stuff that happened today.  Sue prepared a nice supper and after supper I went to Kenia's Mini Pop for a waffle. 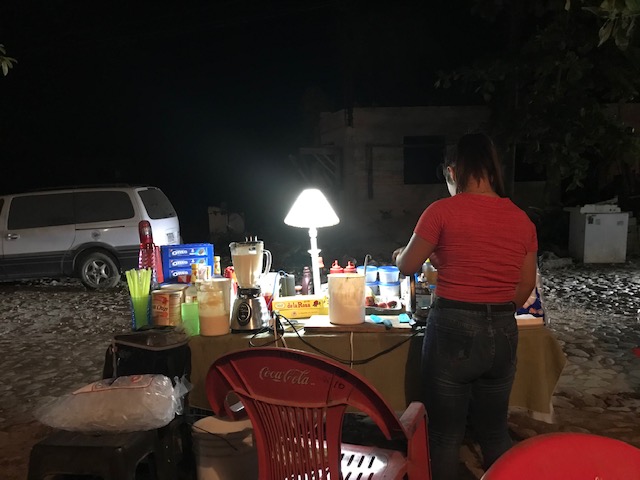 Sue was not into it today so I went alone.  Joe and Vivian showed up there on their bikes too so we had a nice visit.  The waffle was great!!!  Thanks Kenia!!  Hope your day was great too! 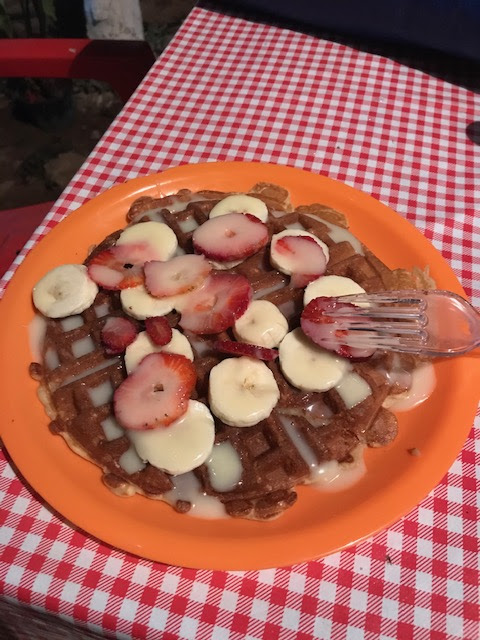 Posted by Lorne Green (A Place Called Away) at 11:43:00
Email ThisBlogThis!Share to TwitterShare to FacebookShare to Pinterest