**Please forgive the crazy font background.  I don't have time to fix it right now!!

The ocean was angry again this morning but for some people it is actually inviting.  Especially if you own a surf board.  Probably 20 guys showed up all along the beach with their surf boards and headed out into the water to catch a wave.  The waves were probably 8 to 10 feet with some more like 15 feet.  The only problem was that they were not forming far enough out, so the rides were sometimes quite short.  I did manage to catch one guy at the end of his ride being pushed along by the white water. 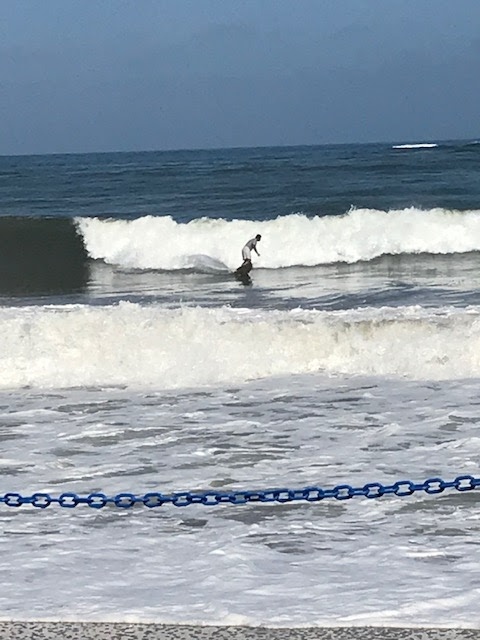 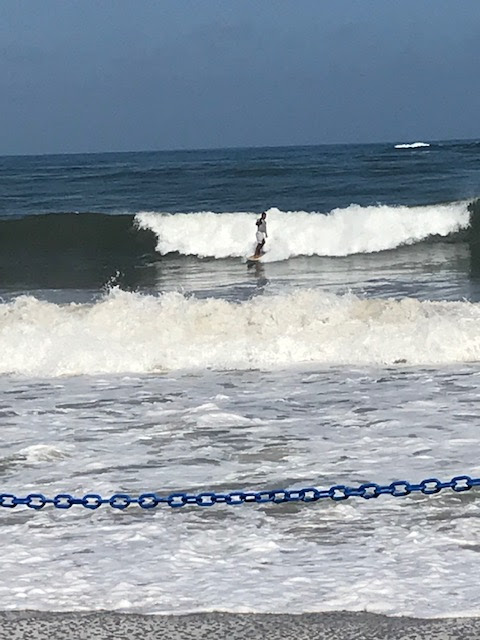 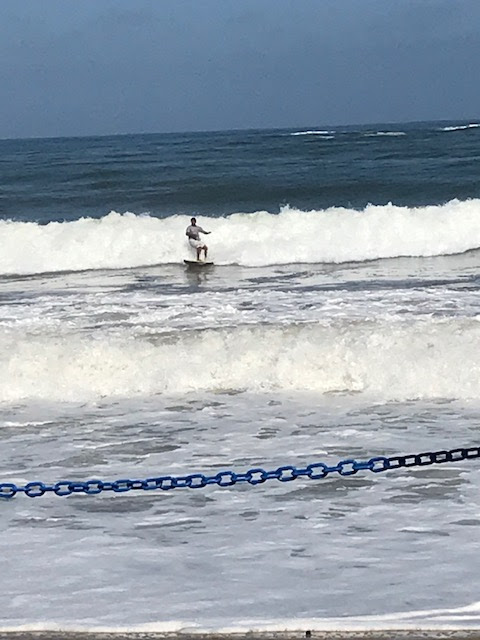 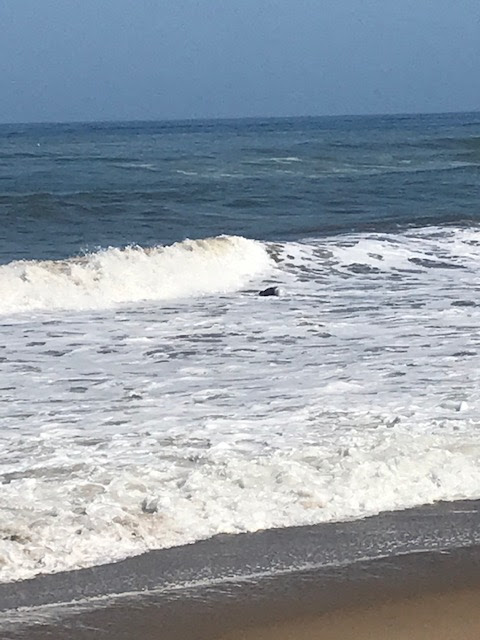 Surfing seems to be a lot of work for a short burst of adrenaline riding a wave.  The current and the huge waves mean that they are always paddling trying to stay in the perfect position for the next dream wave.  I would imagine they are completely played out after fighting the rough water for a couple hours. 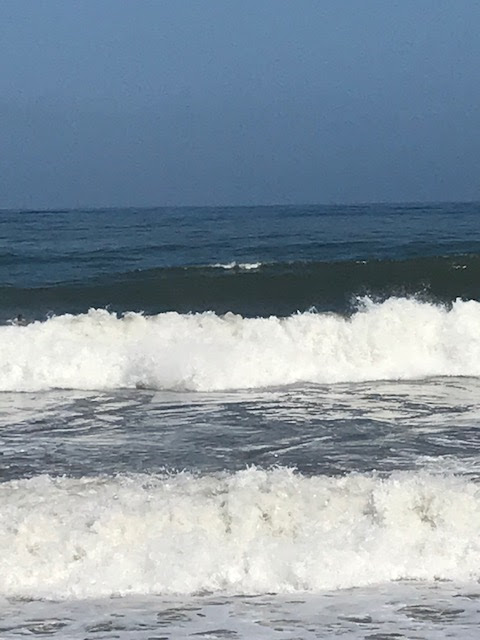 We decided to have take out for supper and a couple friends joined us.  Las Koritas is closed as a sit down restaurant but still offer take out so we ordered some. 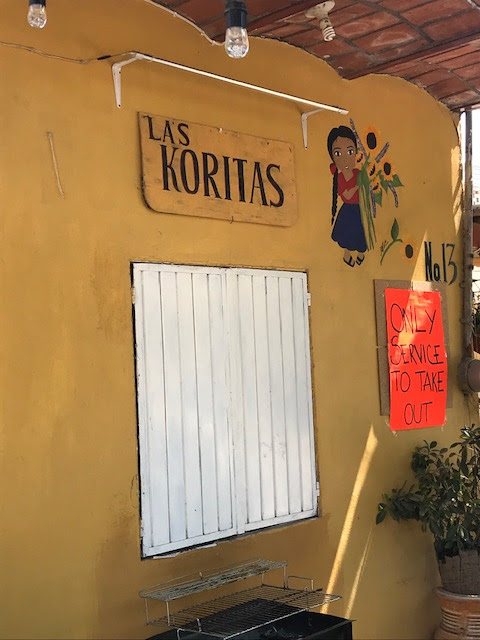 Las Koritas is the restaurant that is run by Sergio's family.  Sergio is the caretaker of the park we are in right now, so we try to give him a little business when we can.  Here was the selection for us tonight.  They offer lots of good Alfredo's and Enchilada's.  We could choose from the Saturday or Sunday menu.  The curry is to die for!! 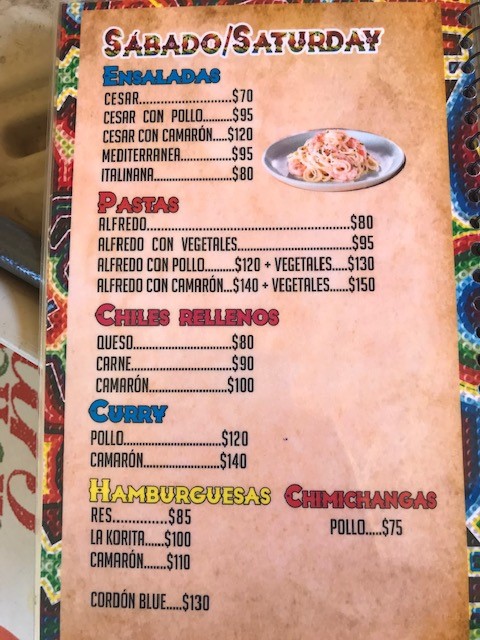 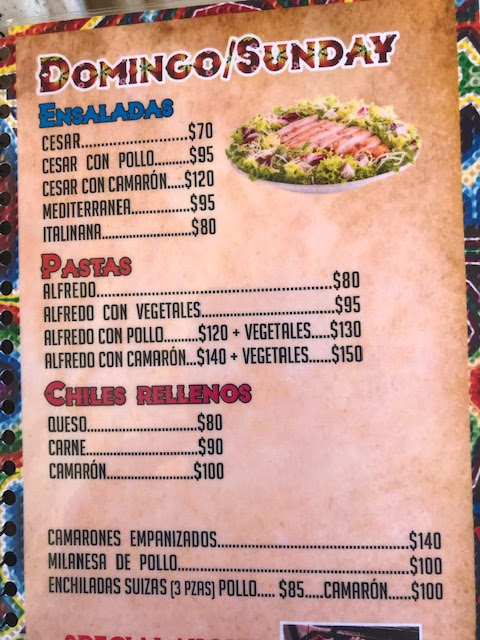 When I went to pickup supper, momma chicken was out walking her chicks.  I tried to get them to social distance, but they wanted no part of that.  I guess she didn't know that Alfredo con Pollo (Chicken) was one of the specials!!!  Every household has chickens so there are hundreds of them running around.  They are quite concious of cars and seem to stay out of their way. 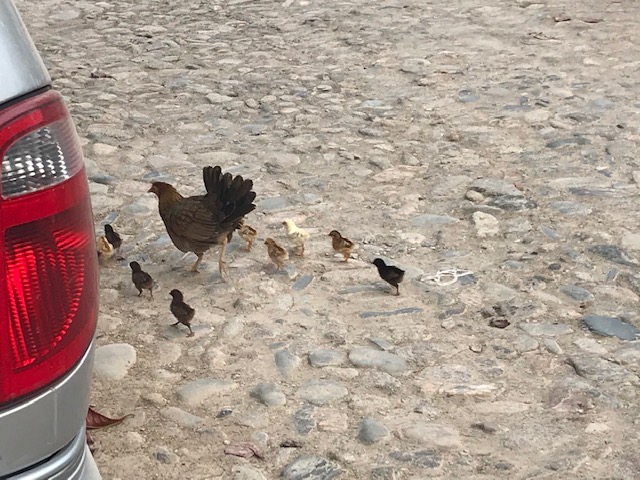 To keep with the rules, we were a group of less than 10 and we sat out in the palapa and tried to social distance as much as we could.  We just had to talk a little louder to be heard from a distance.   The night pictures of the palapa always make me want to sing "Away in a Manger!" 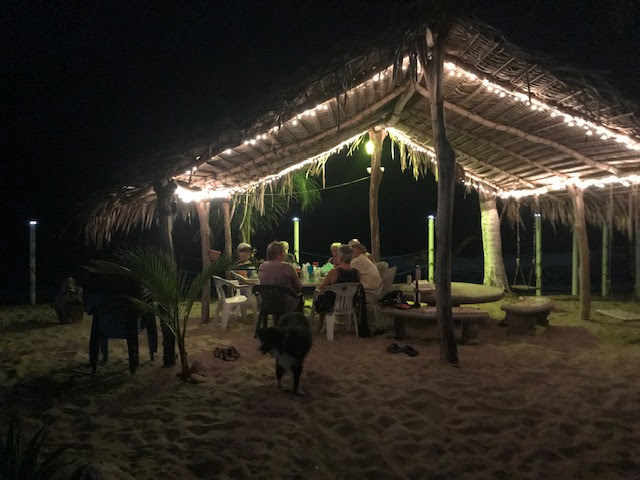 And of course we were there to see the sunset but the clouds made it less spectacular than normal.  No matter what, a sunset is a sunset and marks an end to another wonderful day.  Hope yours was too. 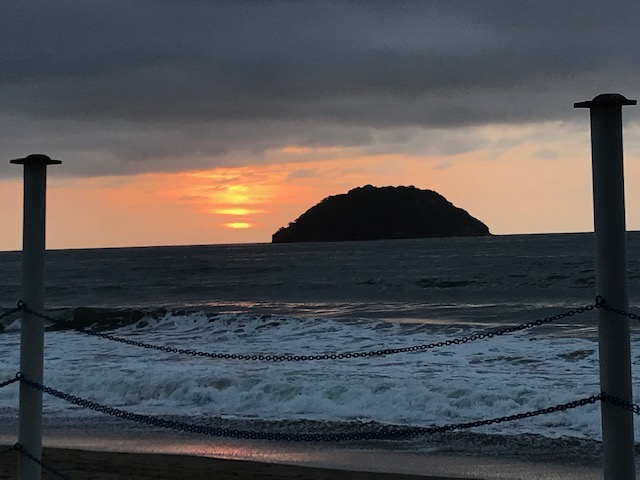 Posted by Lorne Green (A Place Called Away) at 21:20:00
Email ThisBlogThis!Share to TwitterShare to FacebookShare to Pinterest