Our friends Jolynn and Brian have organized a ATV ride today for a bunch of people.  Pat and Harold and Sue and I don't have ATV's so we rented 2 for the day from Dale at Fun in the Sun ATV Rentals.  He rents and organizes tours as well and is a great guy.  This is our second rental from him and we would highly recommend him.  He has some great deals on rentals and our unit cost us 2300 pesos for the day.  Compare that to a rental in California or Manitoba for that matter and it is a good price.  If you are around and want something interesting to do for a day, give him a call.  He does some great tours as well. 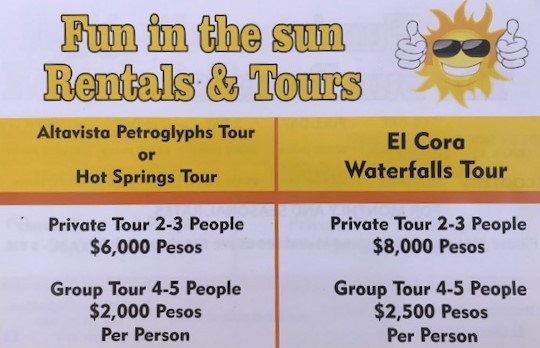 We picked up the ATV's at 8:30 and headed over to the Pemex to meet up with everyone.  I think there were 10 of us all together.  Dave and Jack lead the tour and Carole was there to make sure we all stayed on the straight and narrow.  Ted and Paul were the tail gunners. 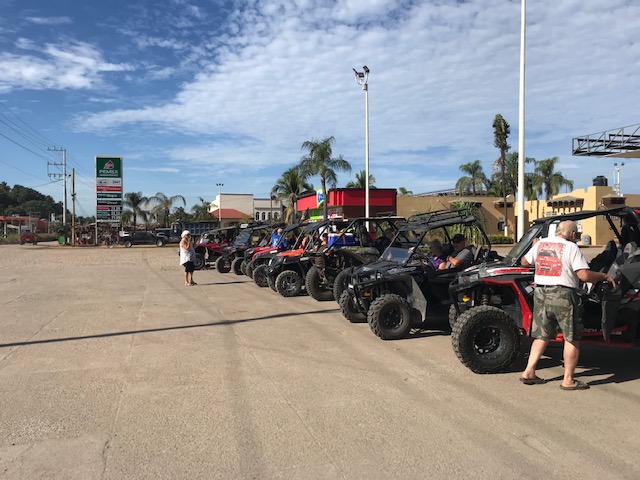 We found some neat trails to ride on up into the mountain. 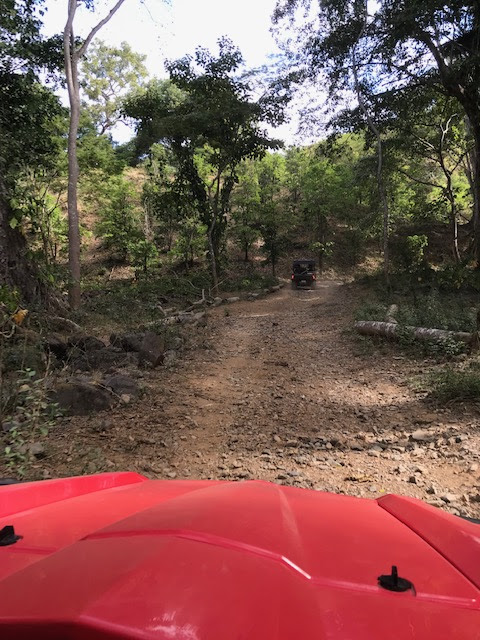 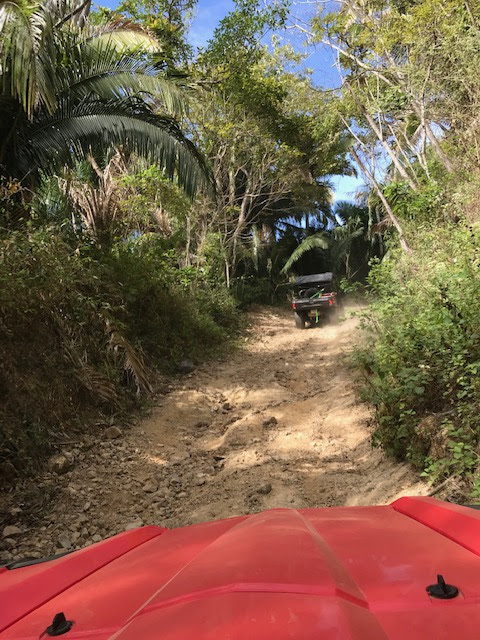 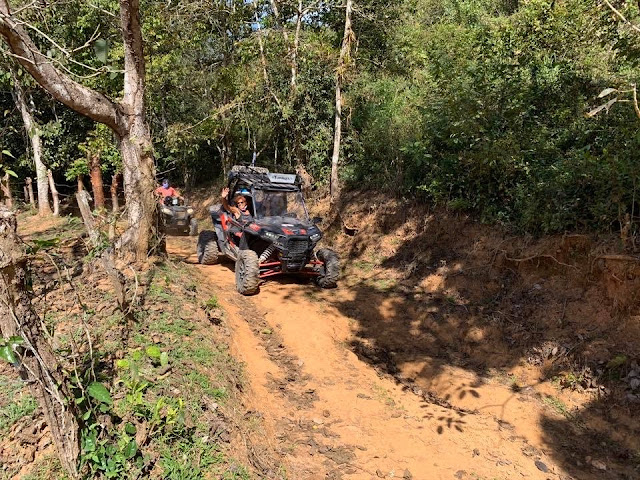 The odd cow along the way to watch out for. 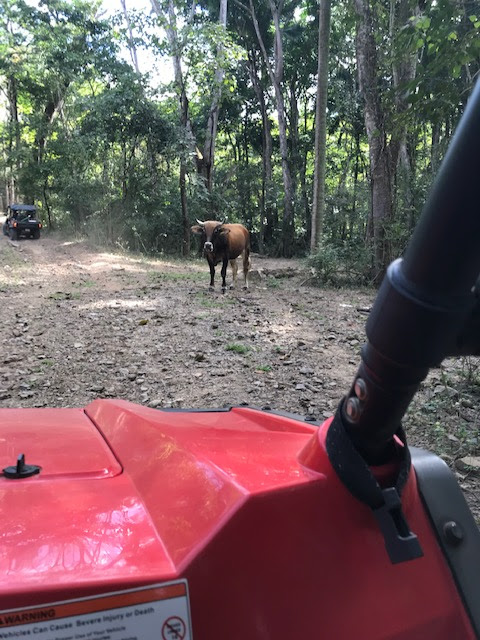 First stop was a coffee plantation with lots of coffee laying around but not a soul in sight.  We just walked around checking it out and then continued on our way. 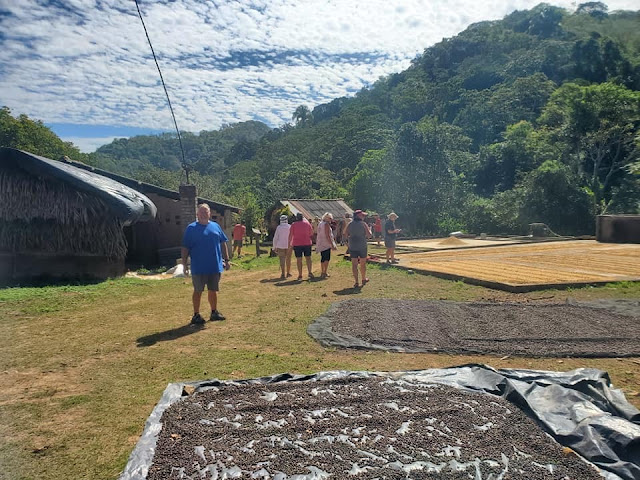 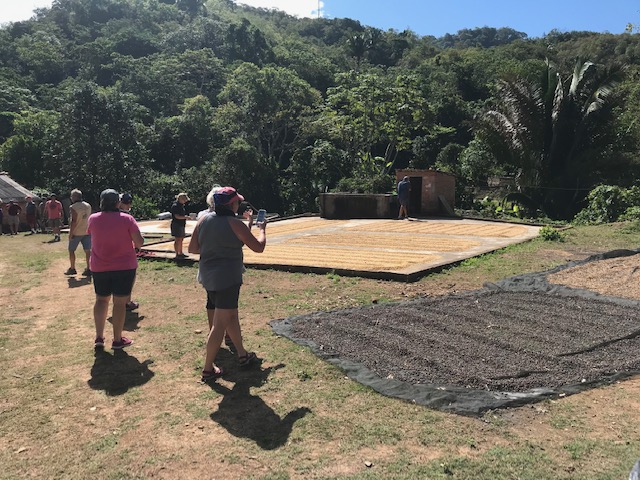 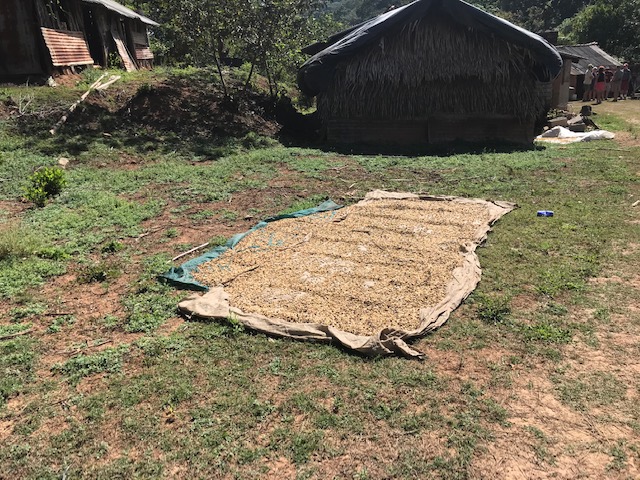 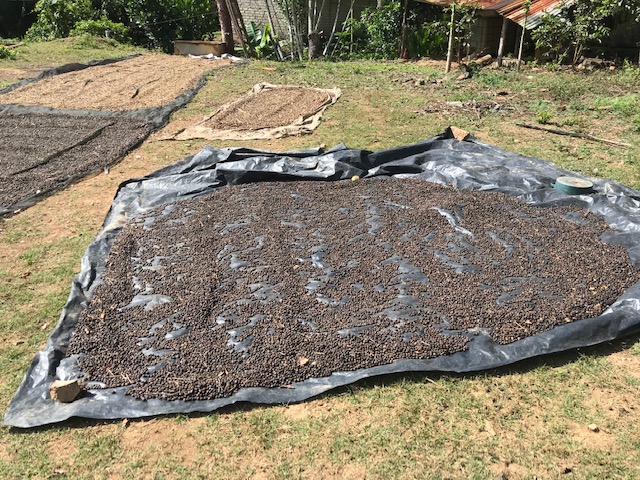 I think this machine might be used to take the shell off of the bean but I'm not entirely sure. 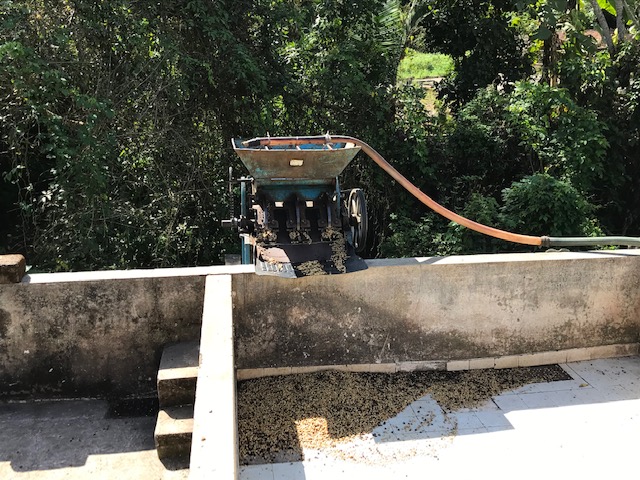 After a lot more driving we came to a place where the new highway is going to go.  This was a bridge site and once again, absolutely nothing was happening.  Its like they just work on a project for a little while and then just walk away!  I'm sure they will be back, but we don't know when. 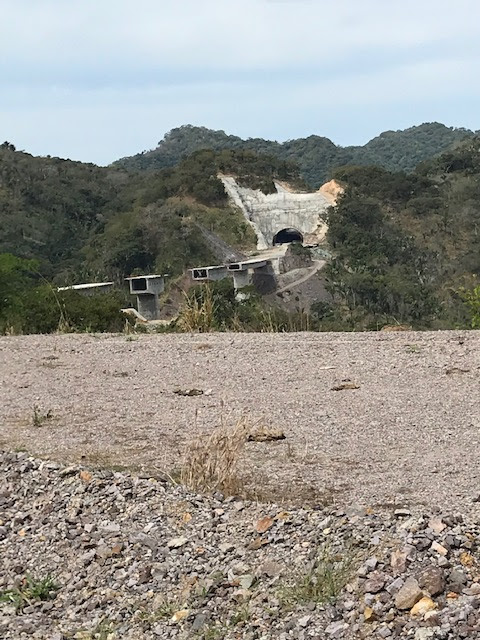 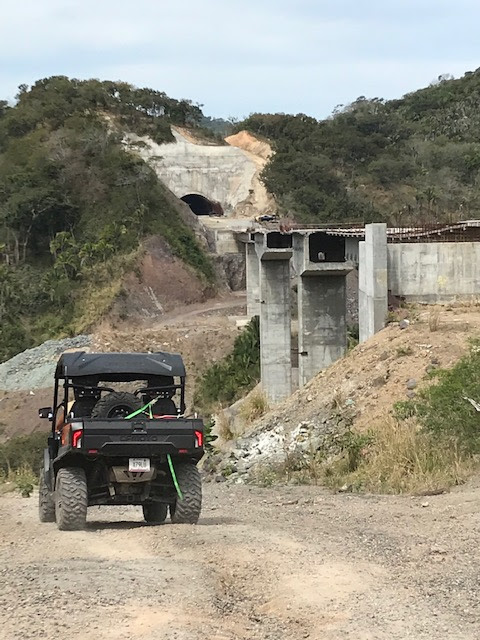 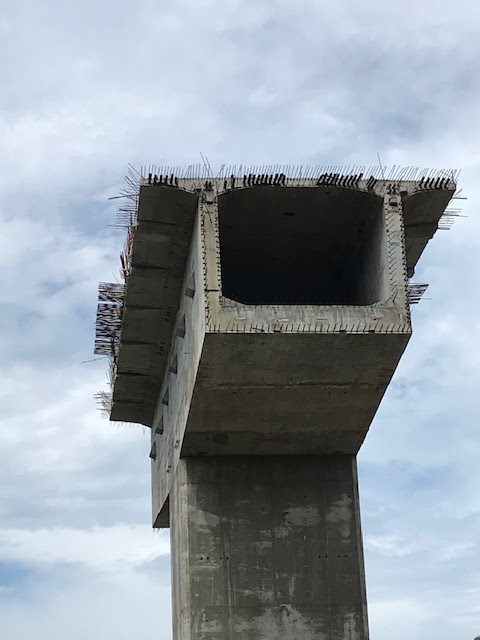 These bridge sections were probably 100 feet tall and I think they will add the center spans using a craning system of some sort.   It will be interesting to see how long it will take to complete this project. 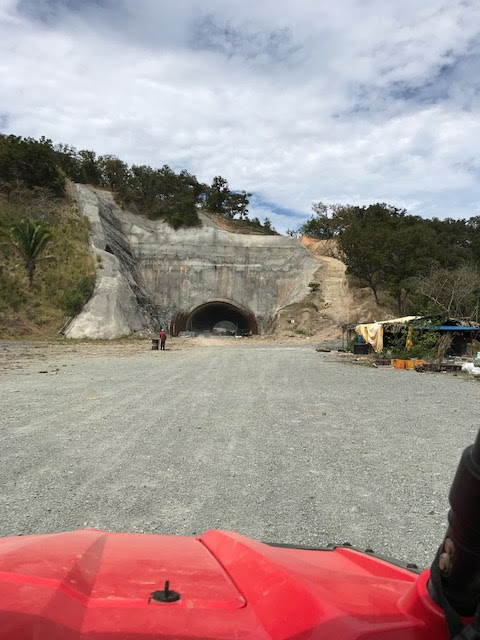 We stopped for a water break inside the big tunnel. About a half hour down the road we came to a nice little river.   It was back in the jungle and was a refreshing place to have a wash and dip the toes in the cold water while we ate out lunch.  The stream was crystal clear but I still wouldn't recommend drinking it!! 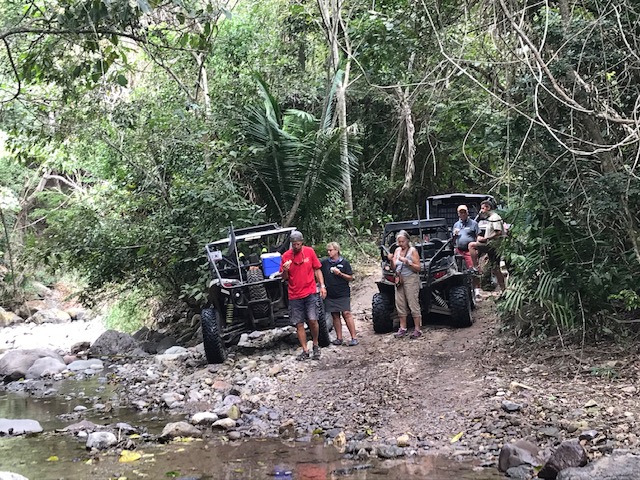 Three of our good looking roadies!!

Off we went and soon we were on some very rough and dusty back roads. There are no smooth back roads in Mexico.  Either it is pavement which is smoother, or it is cobblestones or just rocks neither of which are smooth. 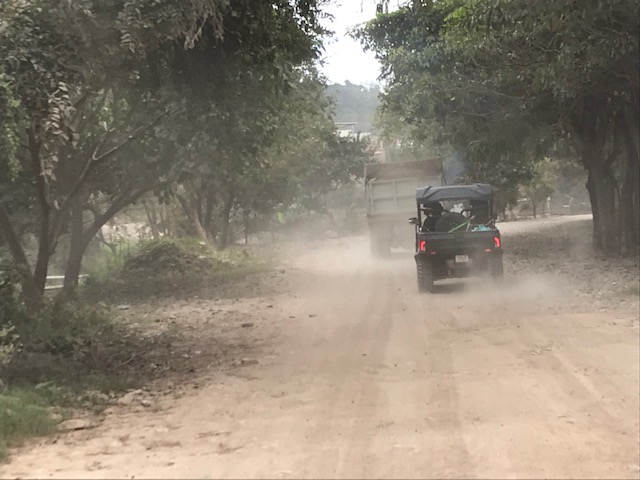 I told you earlier that Ted and Paul were the tail gunners, and here is what a tail gunner looks like after eating the dust of 9 ATV's for about an hour.  They needed a drink real bad!!! 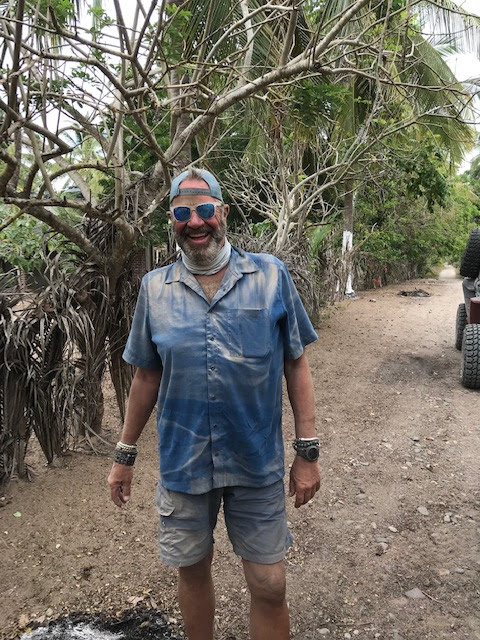 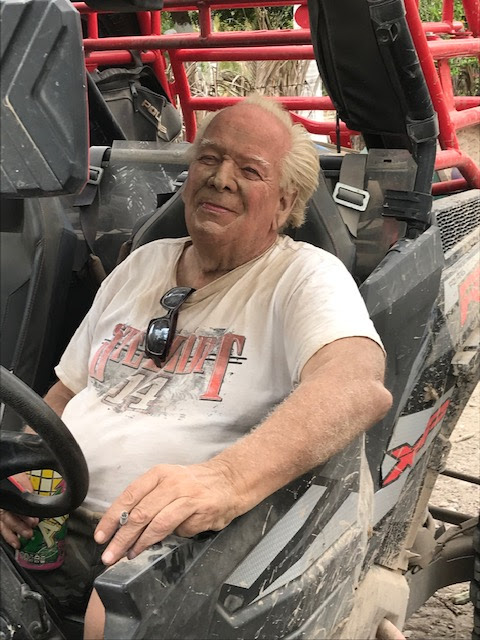 We saw some neat things along the way which included a Brahma bull and some weird people behind us!!  (Brian & Jolynn). 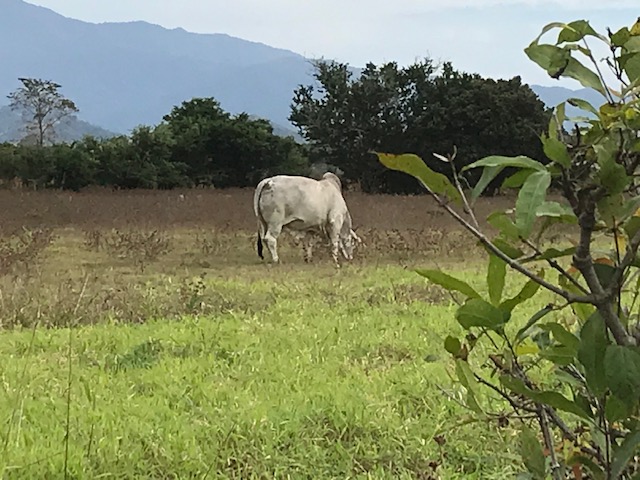 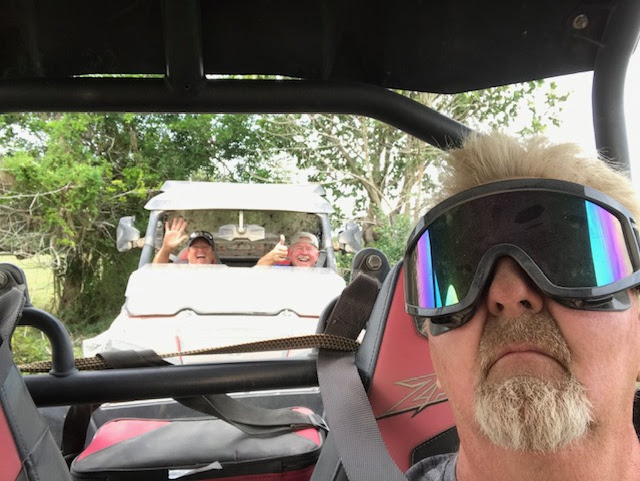 Here is the difference between being a tail gunner and being in the lead machine.  Good choice of position Jack!! 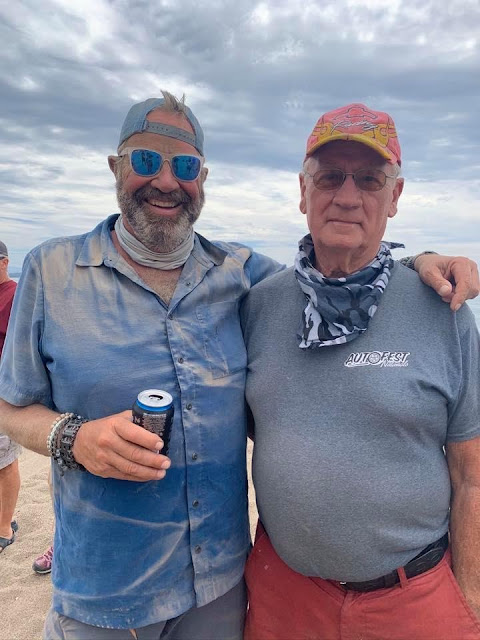 A couple of couple shots for the record. 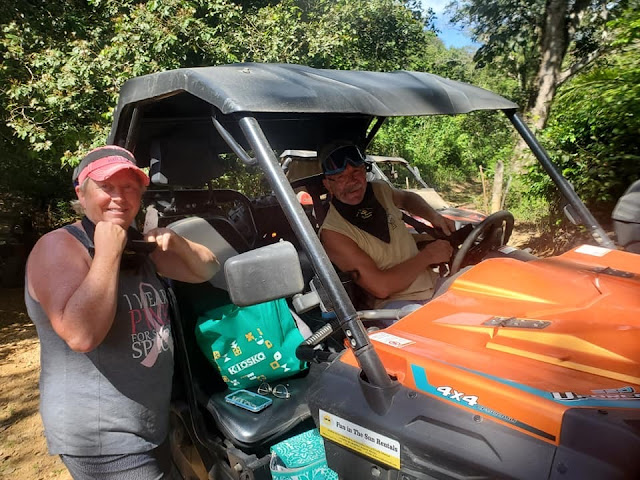 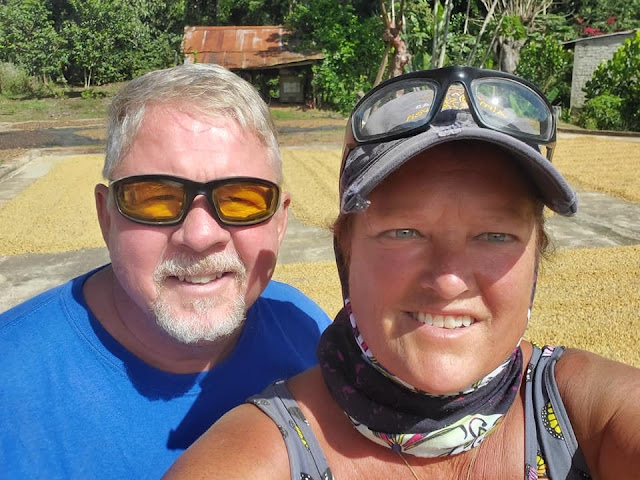 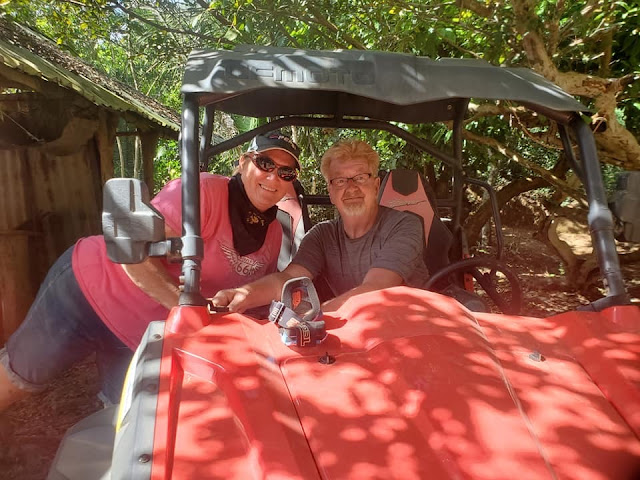 Here is how you get AC in an ATV going down the road.  We called it the wounded duck look!!!!  We were going about 40 mph!! 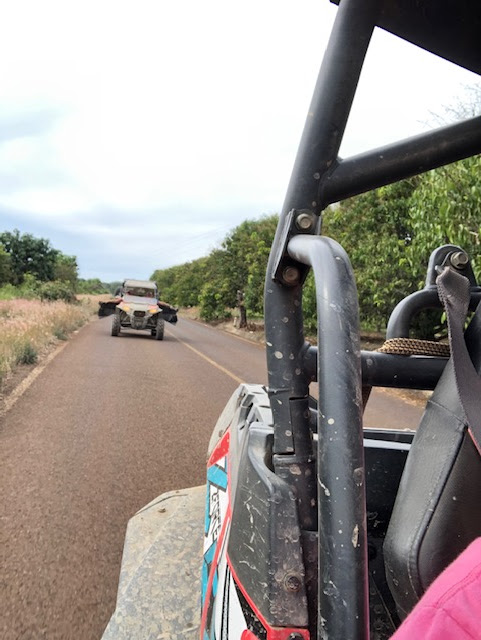 And that was our ride.  We did a little over 100 kms and were gone from 9ish to 3ish and saw a lot of neat trails.  We will do more of this next year for sure.  A little photo op with Dale from Fun in the Sun Rentals. 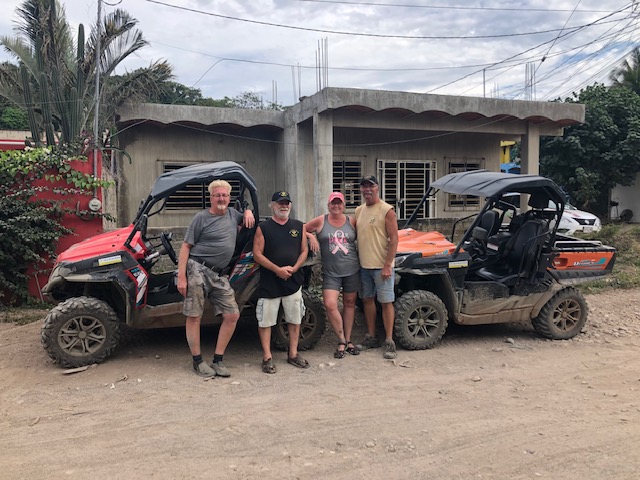 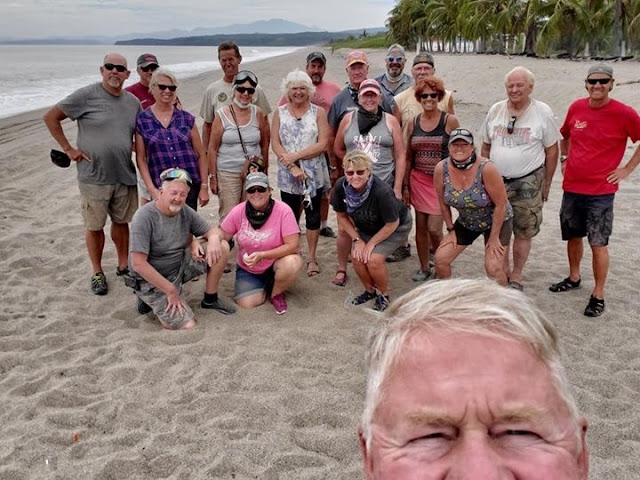 Posted by Lorne Green (A Place Called Away) at 13:16:00
Email ThisBlogThis!Share to TwitterShare to FacebookShare to Pinterest