The days are getting less exciting as the people really start to hunker down around here.  We ordered Kentucky Chicken tonight and I went to pick it up.  It tastes almost identical to Colonel Sanders.  We got mashed potatoes and coleslaw with it as well.  We got the 10 piece so I will have leftovers for lunch for a couple days.  I always think of the show "Breaking Bad" whenever I see a sign advertising "Pollo!!" 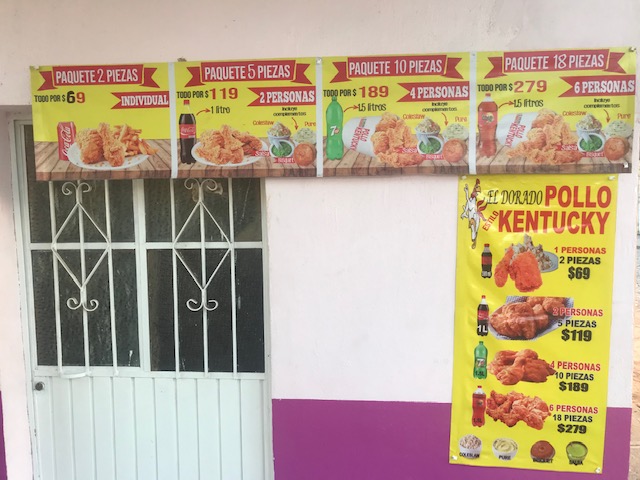 I have been thinking that our roof AC is not cooling like it should, so decided to get an AC guy to come and top up the systems.  Nobody in Canada is allowed to do top ups any more apparently so thats why I want it done here. I lined him up this afternoon and they said he would be here around 6.  Well around 7 he showed up and it was dark but up on the roof he went and hooked up his gauge and said that they were fine!!!  He did note that both the cooling rad and the rad on the inside were quite dirty.  I will have to deal with them when we get home.  Two guys came in a truck and spent a half hour on the roof and charged me 150 peso's plus a 50 peso tip which is about $12 CND total.  Thanks guys for checking it out. 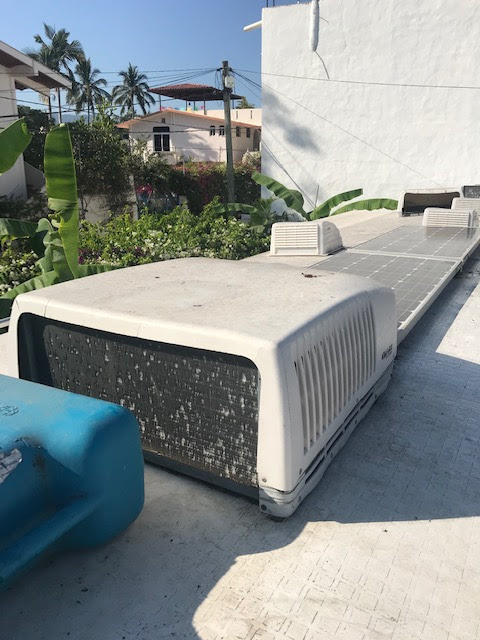 And another beautiful sunset.  Thanks for dropping by to see it!! 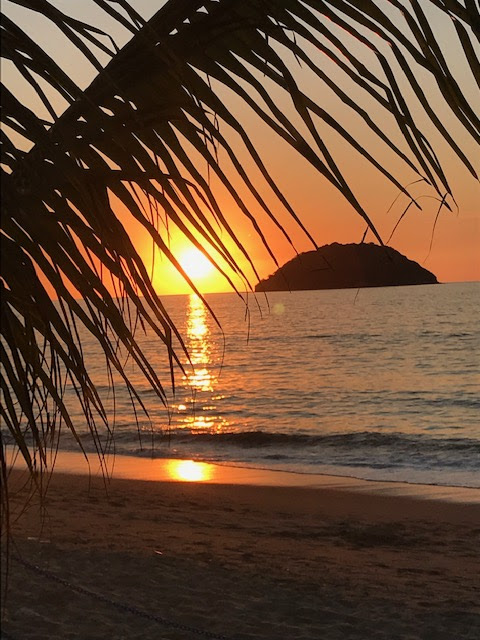 Posted by Lorne Green (A Place Called Away) at 13:29:00
Email ThisBlogThis!Share to TwitterShare to FacebookShare to Pinterest