Well today we had the service tech show up at 8 am.  First thing he tried to do was accuse me of a bunch of things that I did yesterday as being the problem today.  Each time he did, I shot down his accusation by qualifying what I had done.  5 minutes into this diagnostic I pretty much figured out that I was not going to get any satisfying results.
He said the solenoid was shot so I asked him to test it and he didn't know how.  He tested the starter by putting an ohm meter on the starter positive post and on the body of the starter and it showed resistance.  He said "the starter is dead shorted out".  So I had to explain to him that it would be normal for that test to show resistance.  He poked and prodded and finally said he would take his findings back to the office and decide what we needed and if the parts were available.  He wondered how I would pay the $300 diagnostic fee and I told him I would pay later when I saw his findings.  When he left I went to the Auto supply store about a block away and they found me a solenoid for $25 so I got it and changed it out.  That didn't help the cause so I decided to head over and get the diagnosis.


The diagnosis was that they would order and replace the following which may fix the problem: solenoid (which I replaced to no avail), starter (which I tested after he left and it turned over fine), control board (which he couldn't tell me how he tested it) and the ignition switch (which I don't think he ever did test).  When I saw this I told the manager that he forgot the most important thing to replace.... the complete generator.  I told him that there was no diagnosis there and he agreed.  I told him I would not pay his $300 fee because I received nothing.  The manager offered to download a complete manual for the generator and motor which included a detailed schematic of the wiring as well as a complete parts manual for me if I would give him something.  I gave him $150 and thanked him for being so honest and told him to put it towards putting his young tech through some electrical schooling.

It was in the upper 80s today and really humid so we spent the rest of the day taking advantage of being parked next to Paul and Betty's house and paddled around in their pool for the rest of the day.   Thanks guys for giving us the opportunity to use it. 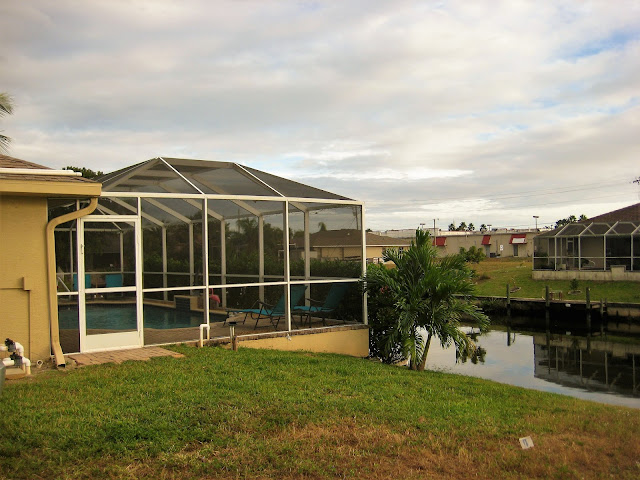 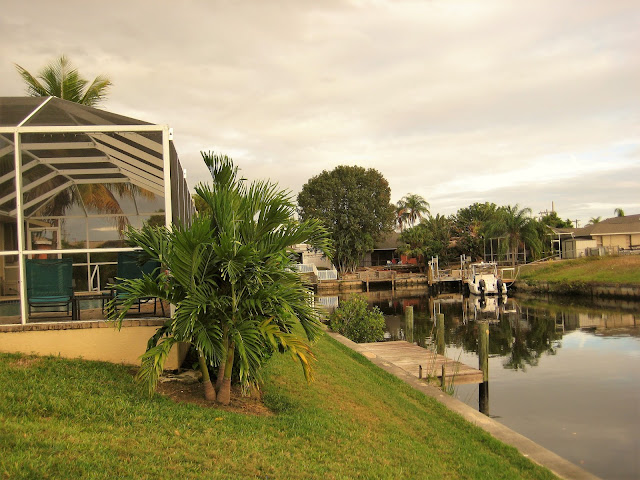 The view from our side yard today. 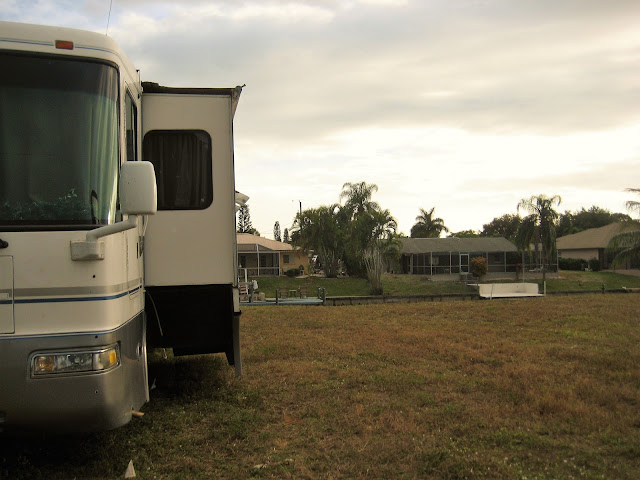 Posted by Lorne Green (A Place Called Away) at 15:52:00
Email ThisBlogThis!Share to TwitterShare to FacebookShare to Pinterest