Yesterday we thought we had some problems with our batteries so we boosted them and then I left them to see if the charger would bring them up to normal levels.  It seemed through the evening that the batteries were not gaining anything.  They hovered between 11.7V and 12.0V all evening.  I was pleasantly surprised when I woke up this morning and they showed a good steady level of 13.2V.  I believe that the charger is made so it has to have a minimum level before it will kick in and charge to the top level.

By the way the display above is from a purchase I made on amazon a couple weeks ago.  It is a Digital Car Voltage Meter.  It is a great way to monitor your chassis battery by plugging it in the cigar lighter.  I have cut the cigar lighter end off one and mounted it in our bedroom so I can use it for a alarm clock as well as a  battery monitor.  I can switch it between the chassis and house batteries.

So with the battery up to par I tried firing up the motorhome.  It started with no problem.  Then I tried the generator and it didn't even click.  It didn't do anything at all.  I tried the both start buttons and nothing.  I got out the multi meter and it seems to have power right down to the last solenoid so it has to be something to do with the switch.  It is a little too complicated for me now so I went and talked to a service guy at a generator shop that handles Onan and Generac equipment.  He will make a service call in the morning to diagnose the trouble.  He does caution that if parts are needed it could take 2 weeks to get them.  We will deal with that problem later after we figure out what the problem is.

I should make mention of the fact that Susan and I decided we needed walkie talkies for times when we are parking the motorhome as well as for using when we are in shopping malls etc because we only have one cell phone now.  Well they came in handy today for trouble shooting the generator when I needed Sue to press the starter in the motorhome while I was outside testing circuits.  They are also waterproof and float which will be handy if I go out in the kayak alone at times. 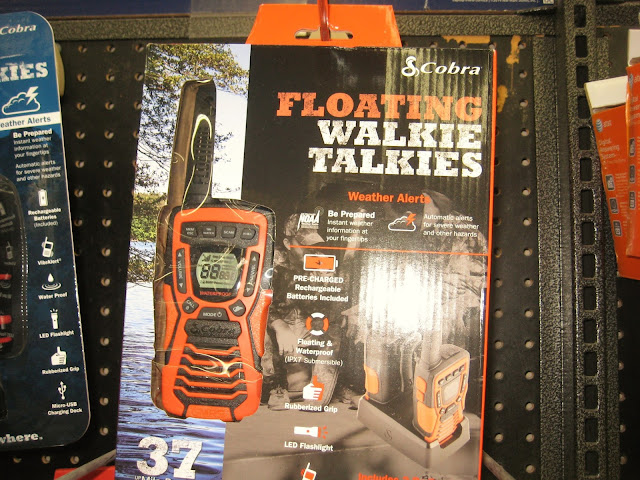 When we were pulling into the shopping mall to purchase these we were passed by a State trooper car.  We noticed there were 3 or 4 of them in front of the mall and cops were kind of hiding like they were waiting on something.  All of a sudden 2 guys came through the doors just as we drove by and the cops jumped both of them and the guys fought back so they were thrown to the ground.  We got out of there as quick as possible in case there were guns involved.  We parked and walked back and they were just standing one guy up and picking the taser leads out of him.  His face was roughed up pretty bad as well.  It was just like watching an episode of cops in real life.  From the little bit we saw the guys definitely had what they got coming.  If cops yell stop at you, I'm thinking you should stop, and they didn't.  Just as a point of interest because of all the publicity with police brutality, these were both Caucasian guys.

Where we parked the jeep at the mall was the same spot as 10 days ago when we were here, only today there were more birds than last time.  There was a woman there feeding them bread.  It was quite interesting to watch them all. 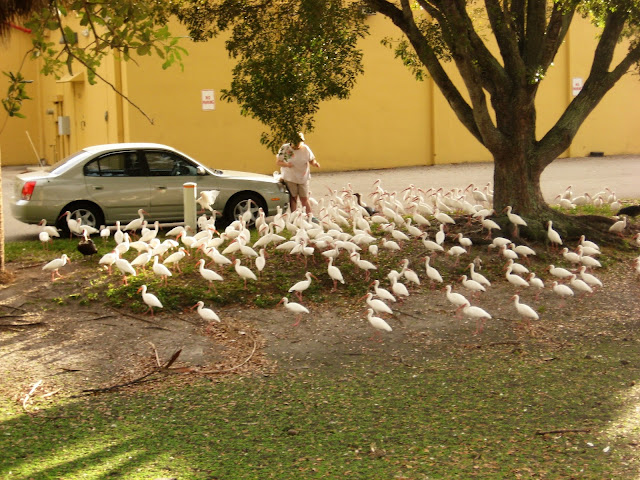 On the way home we saw Santa Clause.  I guess he is out checking who is naughty and nice. 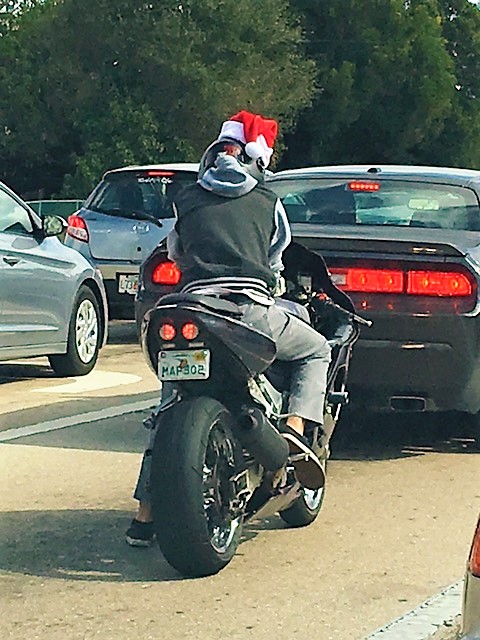 We are finding it hard to get in the Christmas spirit when it is 30C outside and the grass and trees are green.  We are starting to notice a lot of houses lit up nicely and it is helping us a bit.  It would be so easy to do an awesome Christmas display here because you wouldn't have to freeze your fingers doing it.  I will try to show more displays as we sneak up on Christmas.

The view from our window tonight

Posted by Lorne Green (A Place Called Away) at 18:35:00
Email ThisBlogThis!Share to TwitterShare to FacebookShare to Pinterest