Today was a relaxing day.  No miles planned for today.
We were under the impression that you can stay free in State Forests for up to 3 days and I believe that is true in some places but according to the signs, not in New Jersey.  We are in a designated camping area in the Forest and the sign says to get a permit.  So all I had to do was go get a permit to camp here for the next couple days.  As I mentioned we are the only ones here and there are quite a few sites with fire rings here. 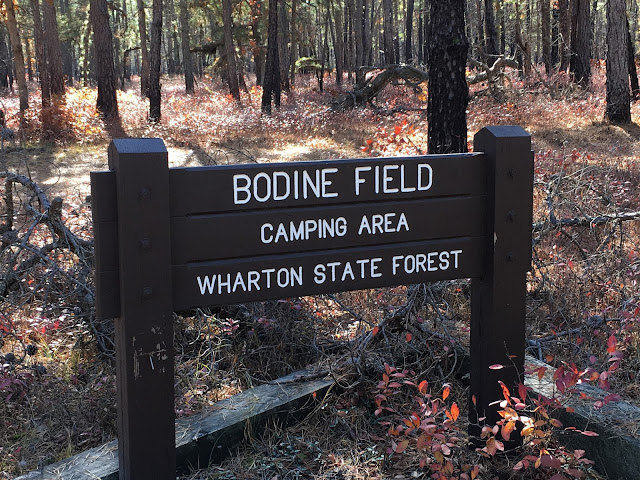 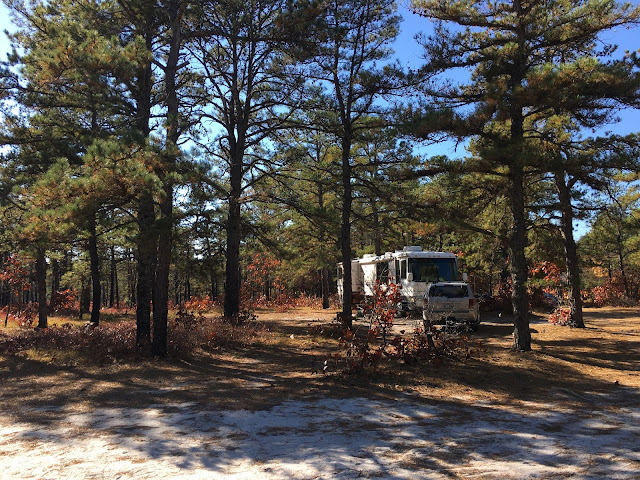 After driving about 15 miles to the Forestry office I went in and met a lovely young lady.  She says permits are 3 bucks a night so I was prepared to fork out 6 bucks for 2 nights which is not far from free, as we like it.  NOT.   First of all she asks which site we want, I say site E.  Oh dear she says, it is booked for the next three days and besides that it is a group site and is 35 bucks a night.  Well I guess we will be moving when I get back!!  So I say give me the one next to it.  Thats ok, not booked up.  She does up the paper work, which is quite a chore because she had never checked in a Canadian.  She never did figure out our Postal Code so I finally just used our standby Zip Code 01000.  She looked at me weird when she entered it but it worked.  She spits out the bill and hands it to me.  25 bucks she says.  I said hmmmm, something wrong here.  It says 3 bucks a night.  Oh no she says, for out of state campers it is 5 bucks a night.  I says well that should be 10 bucks. Oh no she says, 5 bucks a night each!!!  I do some quick calculations and say to her, that is still only 20 bucks.  Oh no she say, there is a 5 dollar transaction fee so that makes the total 25 bucks.  I guess that is how you make money.. its called value added.  I did forget to tell her we had a dog which is supposedly extra and that we are cramming our 40 foot Motor home into their 22 ft maximum site.  I hurried home and before we got finished moving the people for that site were there waiting. So much for a relaxing afternoon and a free boondocking place.  Still cheap though and is an awesome place. 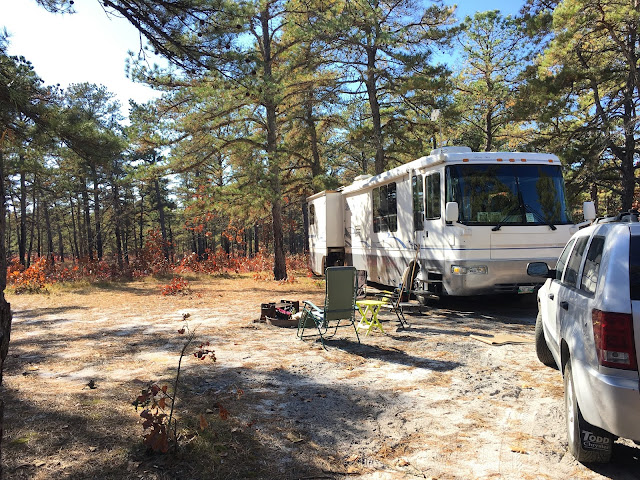 Before dark we went in to town to get some supplies for a fire.  While I was walking around I noticed a pair of interesting cakes.  Zoom in to see the cake name plate.  I think maybe they are NOT  bomb cakes and I'm not thinking they are petite either.  I bet the pastry chef smirks every time he decorates one.   I had quite a chuckle and Sue was not happy with me posting it here.  Oh well!!! 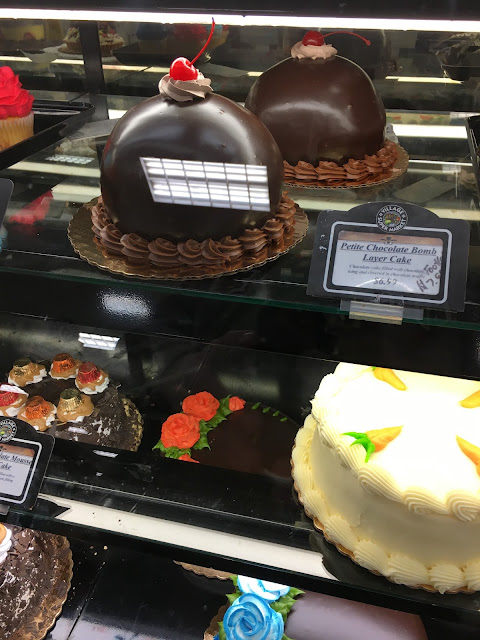 We had a wiener roast for supper over the bonfire.  Nice treat for a change but the evenings are cooling off to the point where it is almost uncomfortable out side after dark. 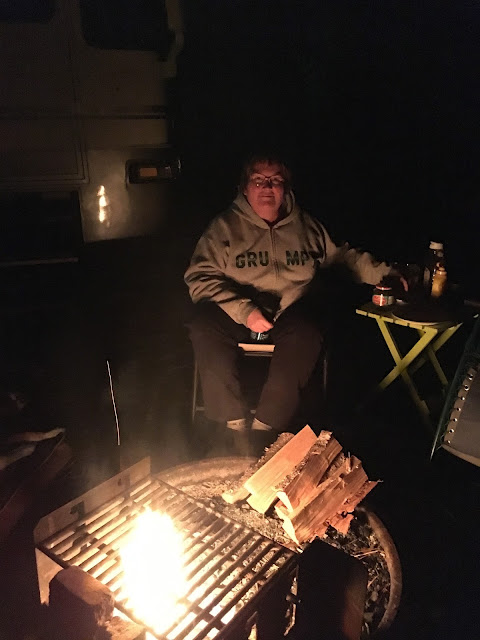 Here is our view tonight. 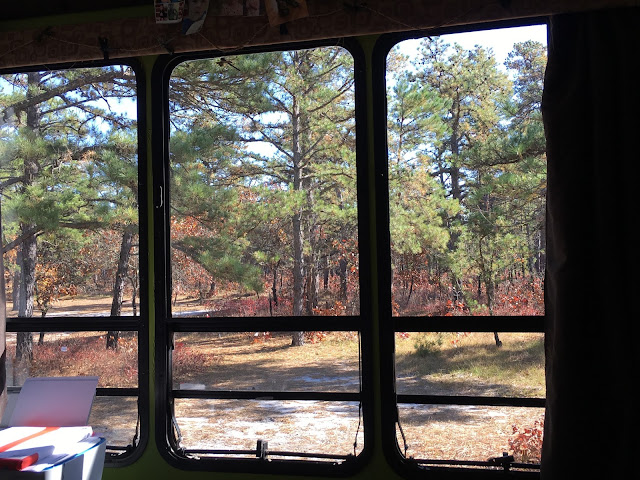 Posted by Lorne Green (A Place Called Away) at 18:31:00
Email ThisBlogThis!Share to TwitterShare to FacebookShare to Pinterest