Today Ed and Lessie took us on a tour of the area. They knew of some historical things in the area.  We went over to pick them up and spent some time with them first.
"Happy" the bird intrigued Susan.  He is such a cute little fellow.

This part of the country has history back into the 1700's which is a treat for us.  The first place we stopped was Fort Frederica National Monument.  This is the ruins of a fort which was built to protect the British of Georgia from the invasion of the Spanish of Florida. 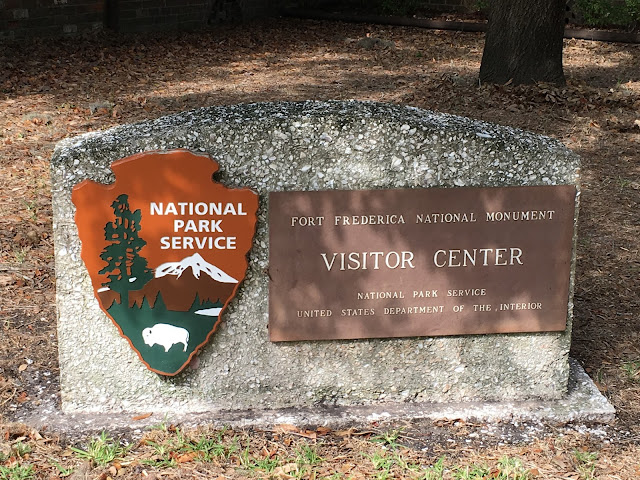 The first thing we saw was a wall that was made out of oyster shells.  This special cement mix is called "tabby" and was used for most of the structures in this fort.  It makes for a very unique building material.

The grounds are beautiful with all the moss hanging down and it is a very pretty place to stroll. 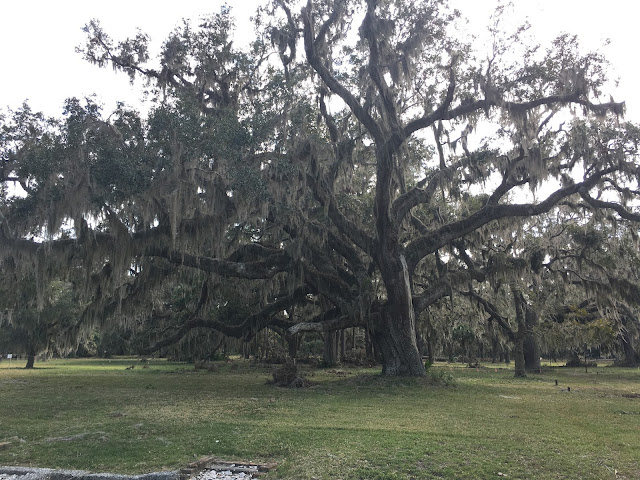 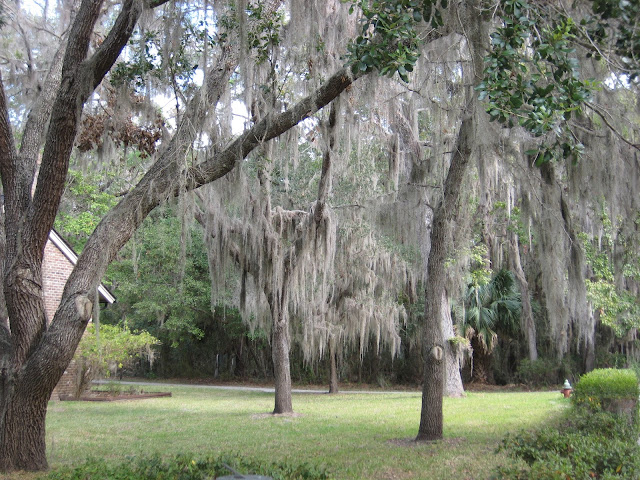 Susan and I both agree this sort of tour is right up our "alley". 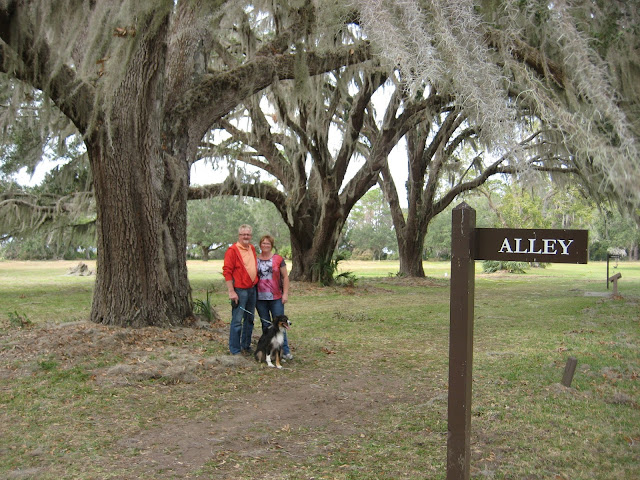 The old fort by the river is one of the few structures that are still partially standing. I can imagine them sitting here waiting for the Spanish to float up the river. 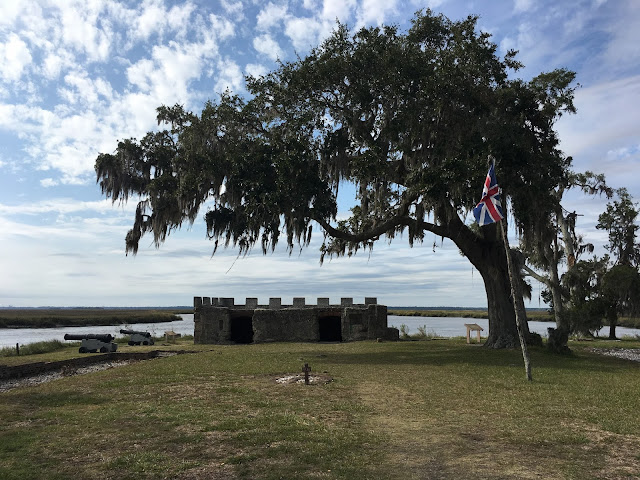 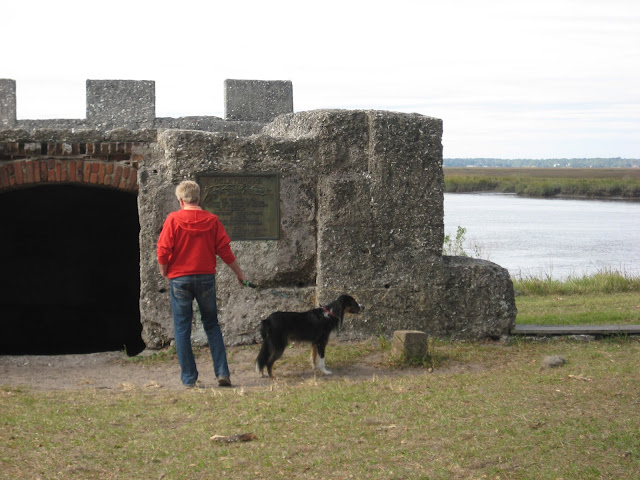 After the fort tour, we stopped at an old church and cemetery.  The church is Christ Church Frederica and was built in the late 1884's after the original one which was built in 1820 was badly damaged by Union Troops. 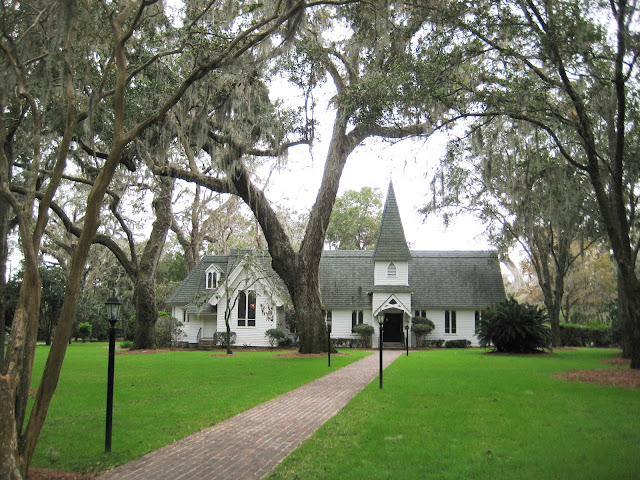 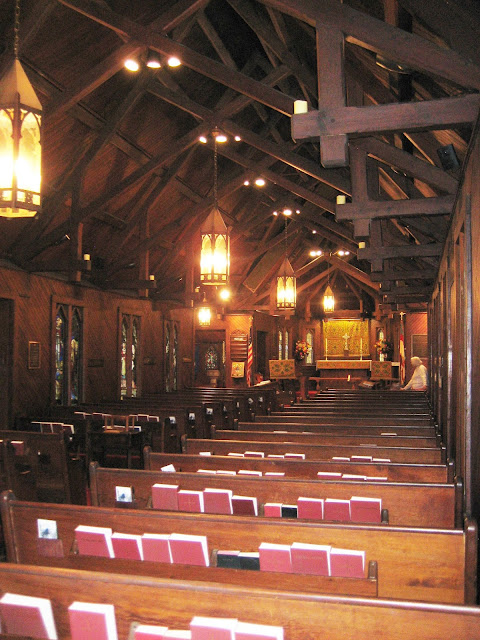 Cemeteries are a great way to find out how far back the history of an area goes.  This one had head stones dating to the mid 1700's. 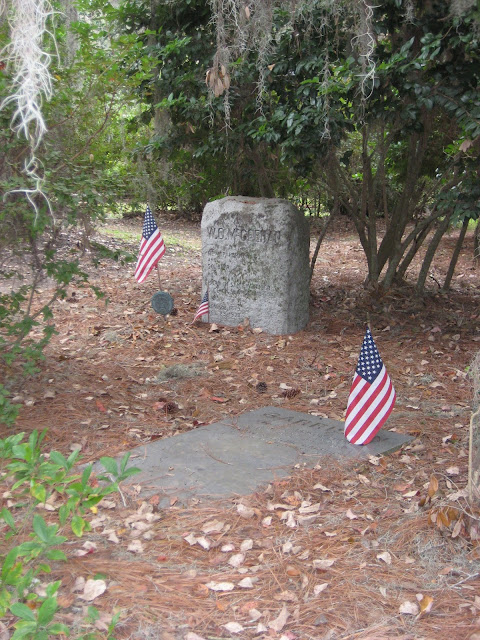 We toured around Jekkyl Island a bit and went for a walk on the beach.  It was a bit of a windy day for the beach. 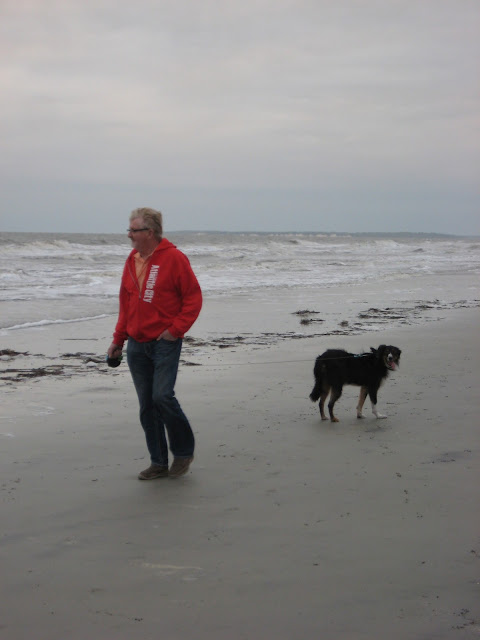 One of the traditional eating establishments of the south is a good old BBQ place.  We found one and ate way too much food again.  The walking will have to increase to combat all of these unnecessary calories. 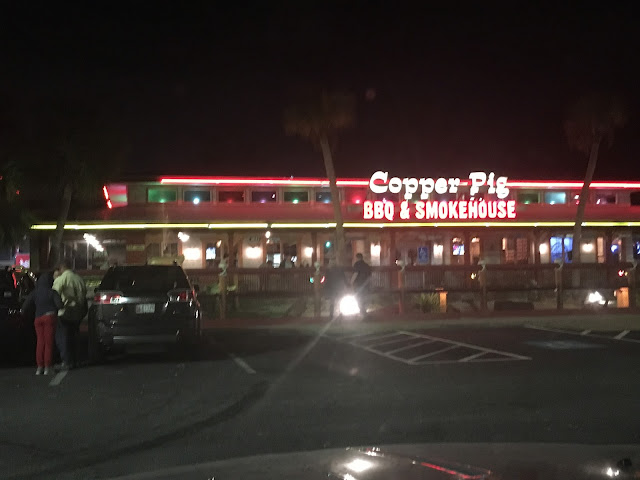 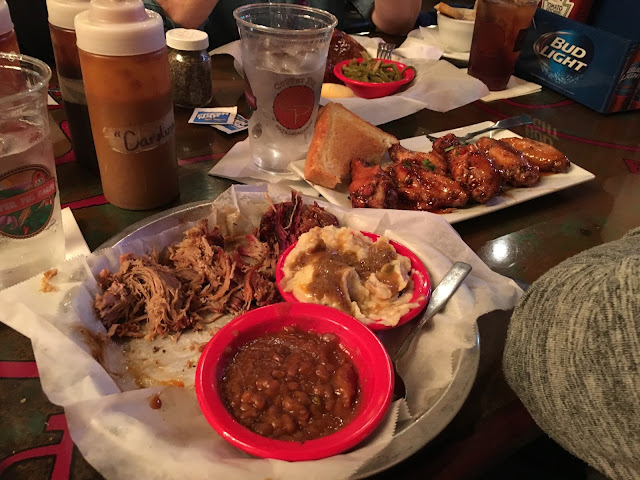 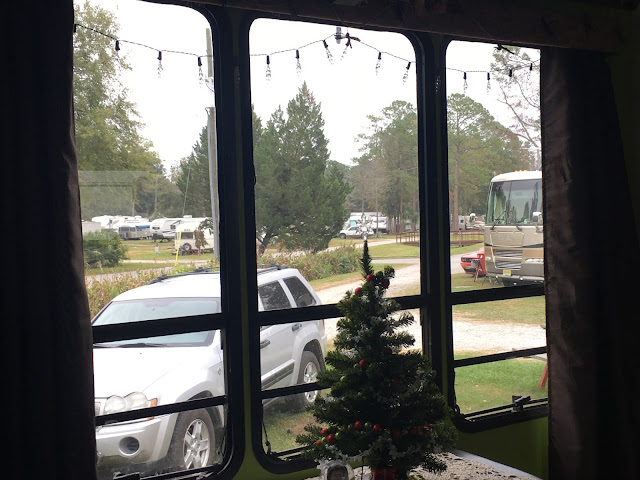 Posted by Lorne Green (A Place Called Away) at 06:40:00
Email ThisBlogThis!Share to TwitterShare to FacebookShare to Pinterest