We have a local guy by the name of Ramone that comes around every day to do something.  His main gig is selling water but he also sells and rents potted plants.  When he is not doing that he is like a general contractor for everything and will hook anyone up with whatever they need done, from motorhome painting to cement work to tire fixing.  I asked him if he cleans chrome rims and of course he does!!  So I got him to do mine.  Mine are showing some surface corrosion so I asked him to get rid of it if he could.  He tried his best with what he had  but it wasn't working that well.  Now Mexico has more technology than you think and he immediately got out his iPhone and googled what he needs to do.  He said for today he will clean and polish as best as he can and later he will come back with a fix for the corrosion.   Manana!!!  My favorite word.  He actually did a good job of polishing them today!! 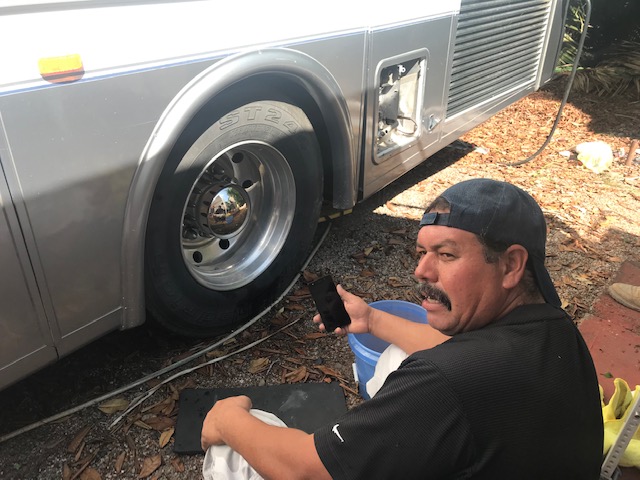 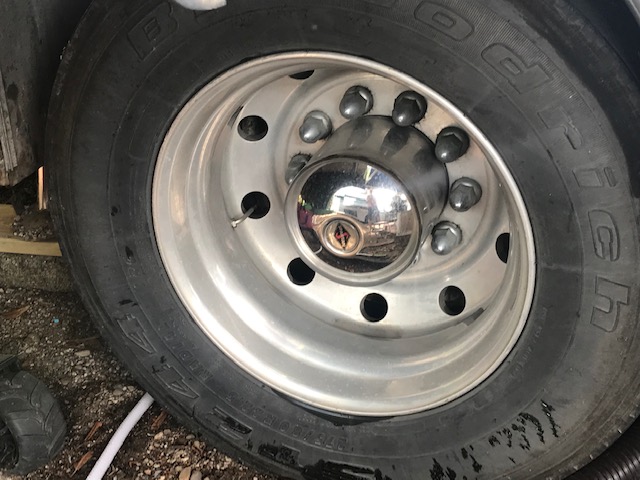 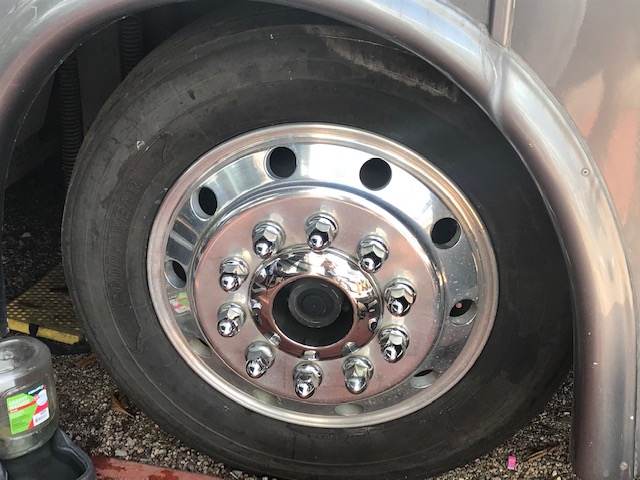 Our good friend Judy cornered me this morning to help build a palapa out of an old gazebo frame.  Carlos 1, Joel and I set about building it.  I used all of the skills that I have learned over the years from Survivor and we built what actually looks like a thatch hut.  Carlos did most of the work I will admit.  He went out in the jungle and got all of the palm branches ahead of time.  All I did was lift them up to him and he put them in place.  I think Judy was happy with the finished project and it will look good for the pig roast on Valentines day. 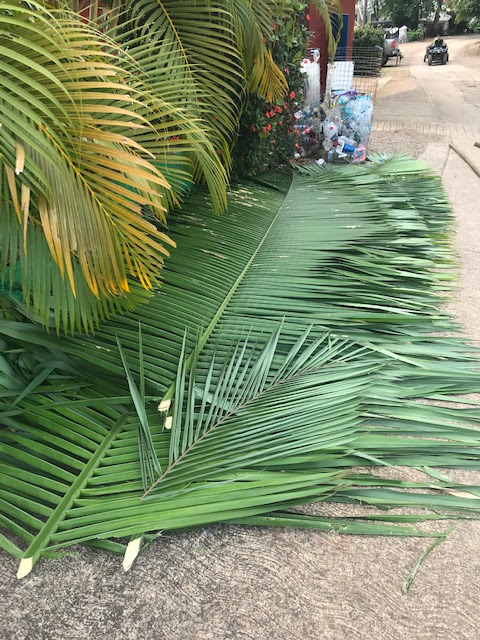 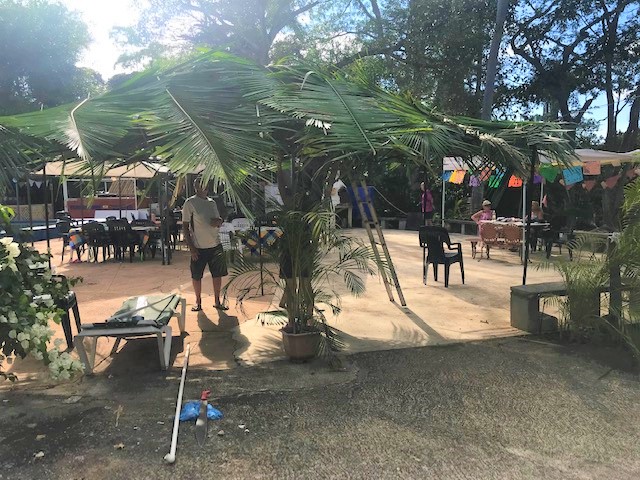 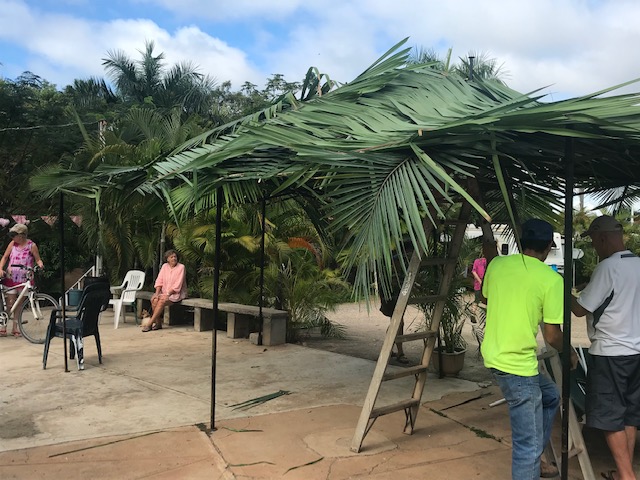 After we got that project finished up it was time for a quick swim to cool off and then we had a date with Steve and Julie to have perogies and banana splits.  We had talked yesterday about banana splits and everyone started to drool so we decided we had better make some because you won't find them anywhere in Mexico!!  So we found some good ice cream and some toppings and I got some of the little banana's that they have down here and we had a self serve banana split bar. 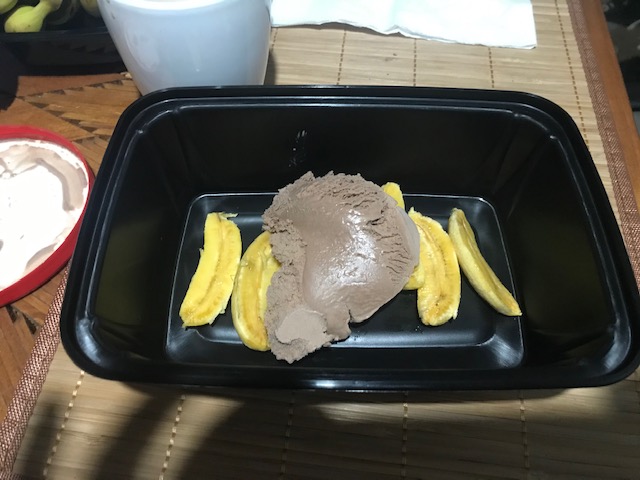 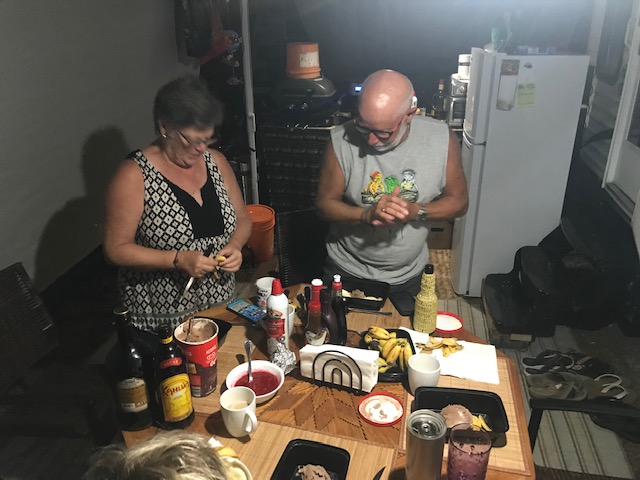 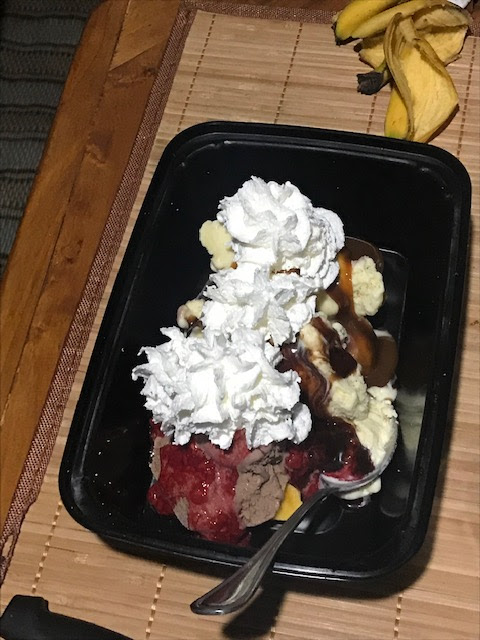 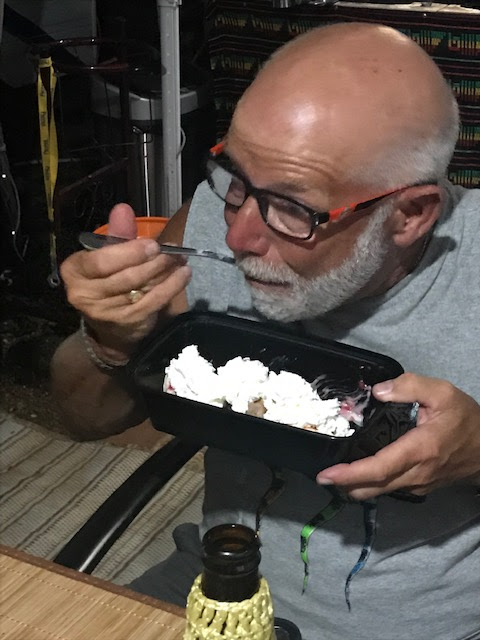 But before the splits we had a nice feed of good old Manitoba perogies!!!  Our friend Michelle back home makes them and we made sure we brought some south with us.  Sue deep fried them and we loaded them up with sour cream, bacon bits, and onions.  Mmmmm!!  Hope you had something yummy in your life today!! 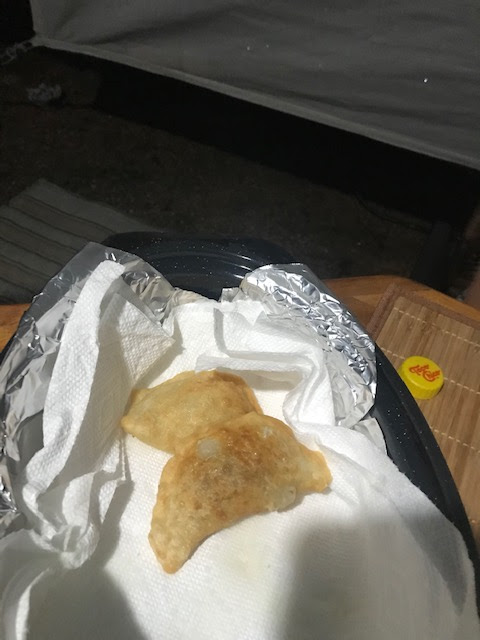 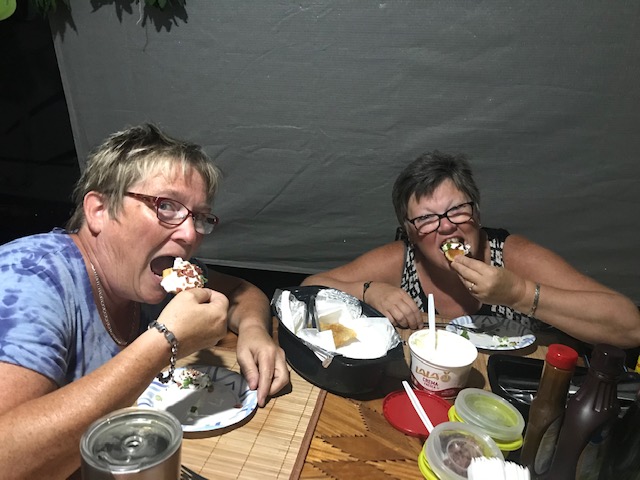 Posted by Lorne Green (A Place Called Away) at 15:44:00
Email ThisBlogThis!Share to TwitterShare to FacebookShare to Pinterest