Had a nice little walk on the beach again today.  I love the beach.  The ocean was agitated today.  There was lots of white water as the waves were swirled around the rocks.  The tide was the lowest I have seen since arriving here, so there were lots of rock shoals to mix the water up!! 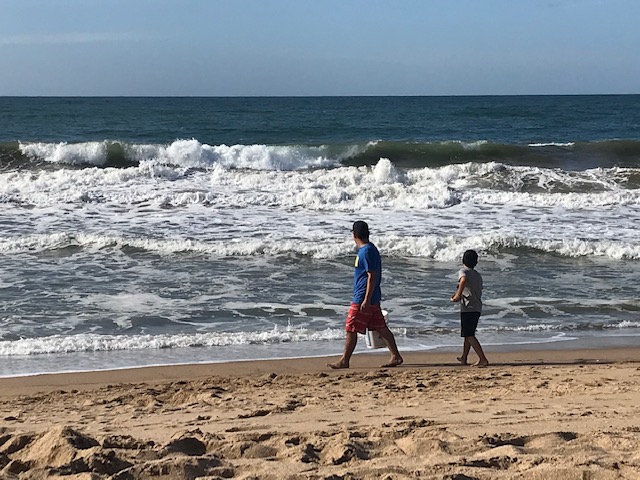 Doesn't matter what the ocean is like, relaxing on the beach with friends is still a good day. 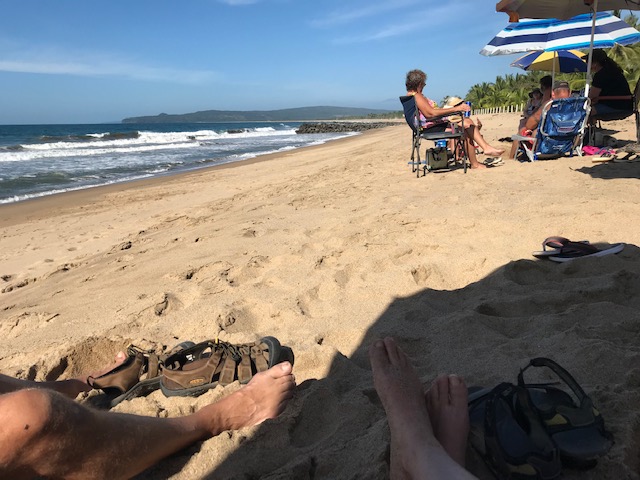 With the ocean being in such an agitated state today lots of stuff was washed up from deep in the sea.  I was lucky enough to find a neat item on the beach.  It has obviously spent some time in the ocean and is very interesting.  Here is what I think about it!!  I'm guessing that early in the 1500's a Spanish Galion was cruising off the coast here and decided to come in to Jaltemba Bay to plant the Spanish Flag for King Charles I of Spain.  While here, a storm came up and the ship was torn to bits on the Coral Island in the Bay.  The poor explorers were beaten on the coral and perished and as one was gasping for his last breath he dropped this metal thingy with what I am sure is gold and silver inlay in the water and it went to the bottom until today when the angry waters offered it up on the beach for me to find.  I'm guessing something this old and valuable would be worth in the millions of dollars!!!  And along with the piece of sea glass that I found that probably came from a rum decanter on the dining table of that very Spanish Galion I should be able to exchange them for great wealth!!!  I'm convinced that life for me will be changed forever and I will share my wealth with each and every one of you!!! 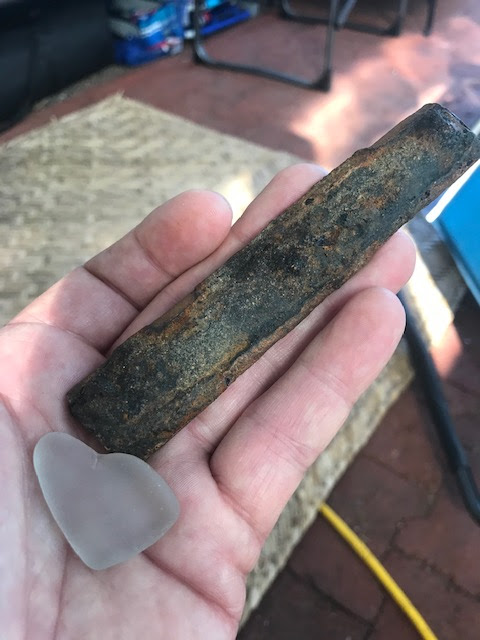 Susan seems to think that it is actually a handle off an IKEA dresser that got thrown in the creek close to here and washed into the ocean in November.   And she says the sea glass is a coke bottle piece from last summer.  What a downer she is!!!

A little old lady and I'm guessing what was her grand daughter stopped by the Ponderosa selling some little fishy trinkets.  Well how could you resist?  They are very pretty and we will hang it on our awning to make the place look better. 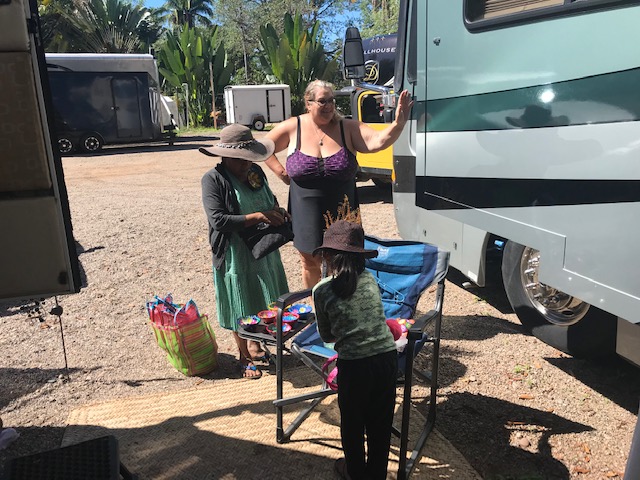 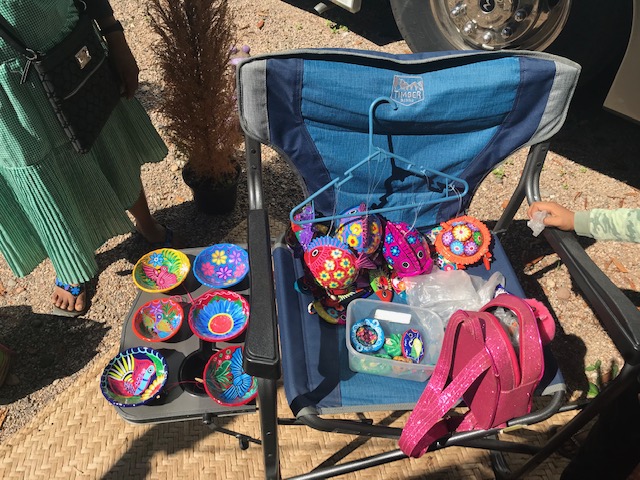 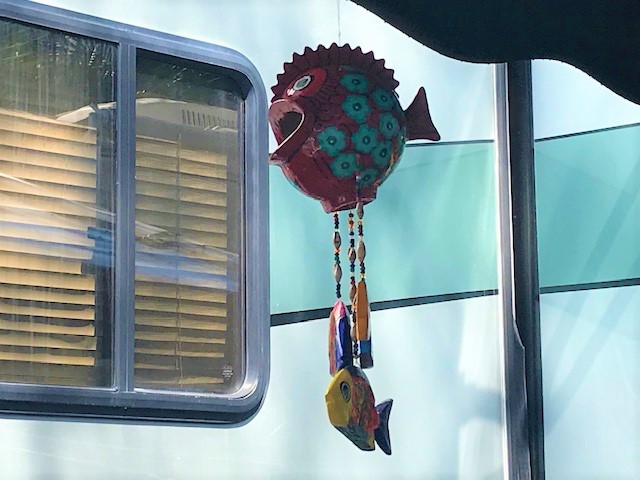 Later in the day we headed downtown just because we can.  This town comes alive about 6 pm when all the street vendors come out.  It is actually a very pretty town at night!! 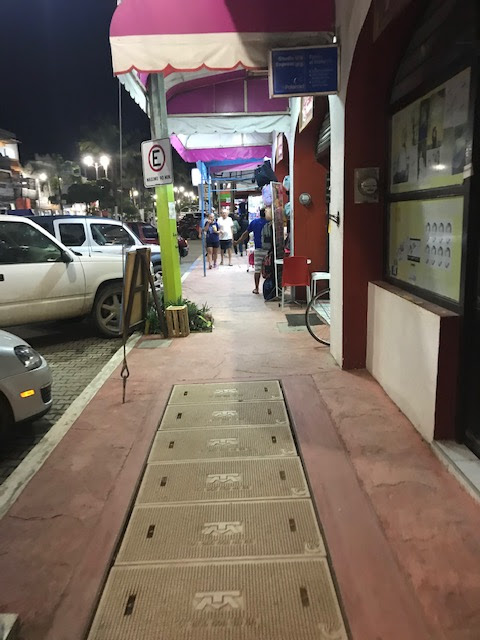 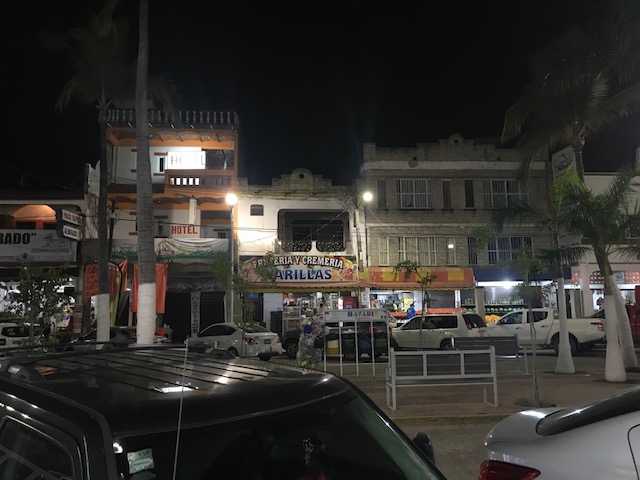 We stopped at the local restaurant for a feed of fish and shrimp taco's.  You get 1 taco for 15 pesos which is a dollar Canadian and 2 of them is all you need for a nice little meal.   We love them.  Hope your day was as simple as ours. Posted by Lorne Green (A Place Called Away) at 12:20:00
Email ThisBlogThis!Share to TwitterShare to FacebookShare to Pinterest