It seems that as the number of people in the area increases in anticipation of the big RV show, the access to good internet slows down to a crawl.  I have been having great difficulty with the blog and downloading pictures so have gotten quite a bit behind.  Because we write this blog as a journal for us and our family and friends, rather than for economic gain, I refuse to stress myself out over getting it done when the internet is so sketchy.  Sorry for that but I will catch up whenever I can do it without a lot of hassle.


Today we woke up to storm clouds and a little rain.  We puttered around for a while and then decided to head in to Q to look at some more stuff.  There is so much stuff that we need to take in a little bit each day to see it all.  The traffic had picked up quite a bit in the last couple days.  It was down to a crawl over the bridge over I-10 and around the corner near the big tent. 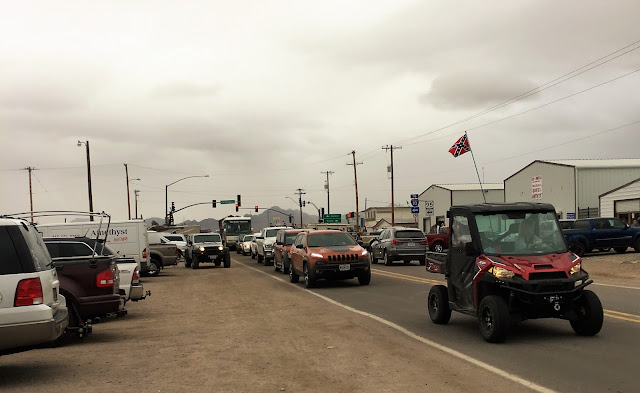 We noticed a motorhome pulling a tiny house around and around.  I guess they were advertising, but the interesting thing about the Motor Home was that it was jacked up on some kind of beefy suspension. 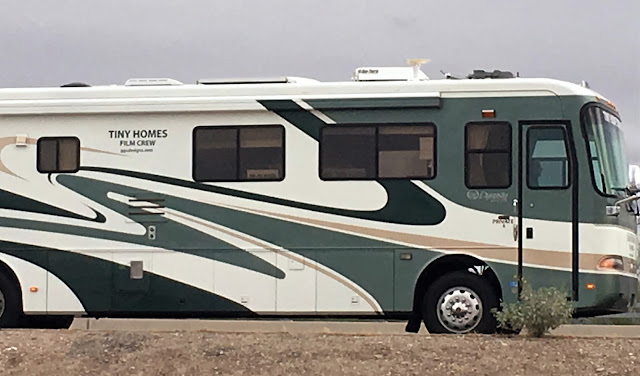 Being a boy from a prairie farm I couldn't help but take a picture of the old one lung engine running the ice cream maker.  The putt putt sound reminds me of listening to them in the grain elevators when I was young.  Its always nice to be reminded of ones roots. 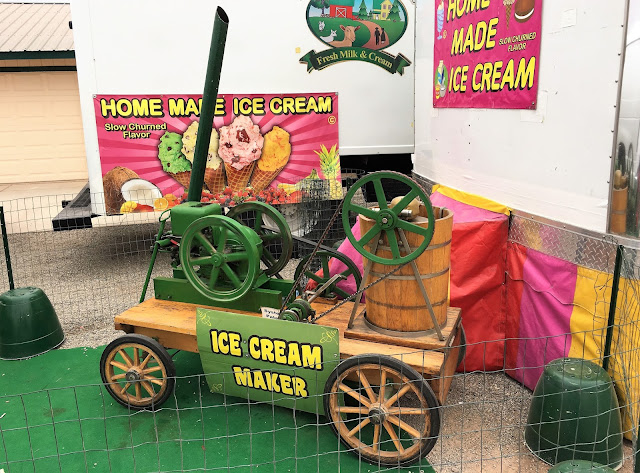 Charlie was so pleased with Susan's purchases today.  Poor fella will do anything for a treat but I know he could sense me laughing at him.  There are just some things that a mans dog should not be made to do, and one of them is wearing a little hat. lol  (it is kinda cute I guess) 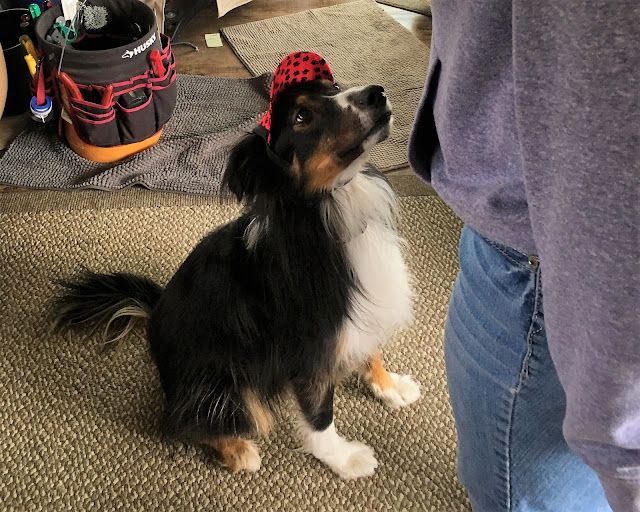 Everybody came to our place later this afternoon to play some games.  Its been a long time since we passed an afternoon doing this.  It was quite fun.  I remember a time when we used to have neighbours over on a regular basis to play games and visit.  That has changed a lot these days and people are now satisfied to stay home and cruise facebook and text.  Not sure that is wrong, but it sure has changed our interaction with our fellow man. 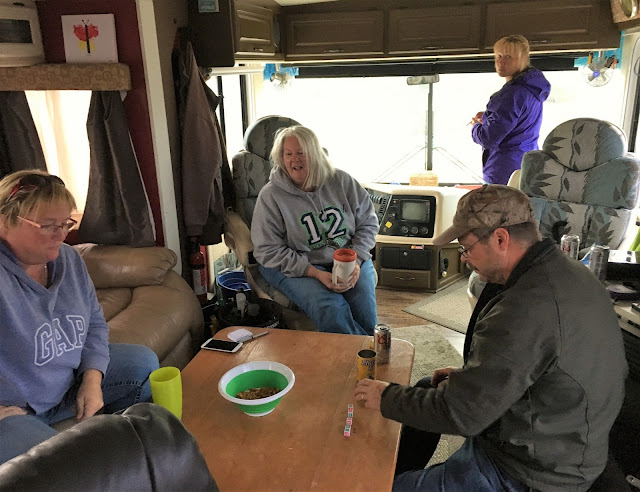 The view from our window is quite gloomy tonight.  Temps at supper time were 12C and raining.  Not typical of the Arizona desert. 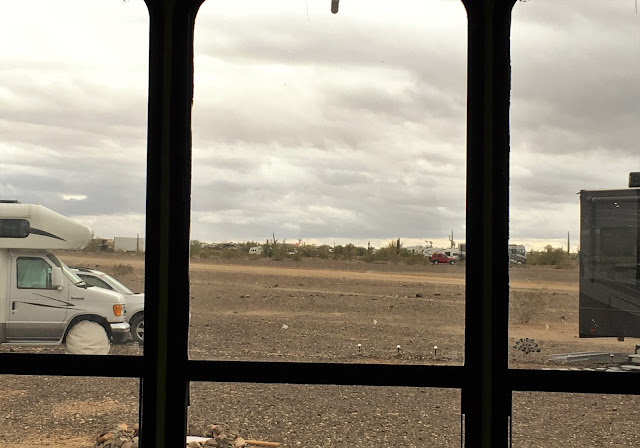 Posted by Lorne Green (A Place Called Away) at 21:27:00
Email ThisBlogThis!Share to TwitterShare to FacebookShare to Pinterest