Quartzsite in the Rear View Mirror

Now that Blogger Fest and the RV show are wrapped up in Quartzsite it was time to move on down the road.  A 70 mile move is a walk in the park for us.  We are used to longer moves. 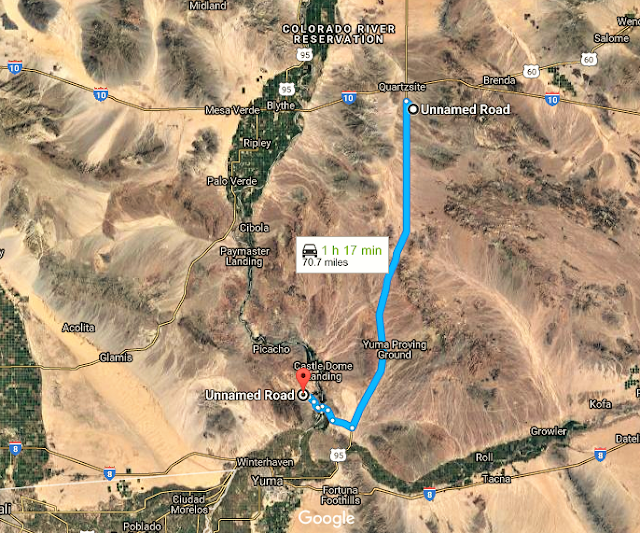 We headed south on 95 with the goal of meeting Rowdy and Missy in South Mesa LTVA which is in the area of Imperial Dam. 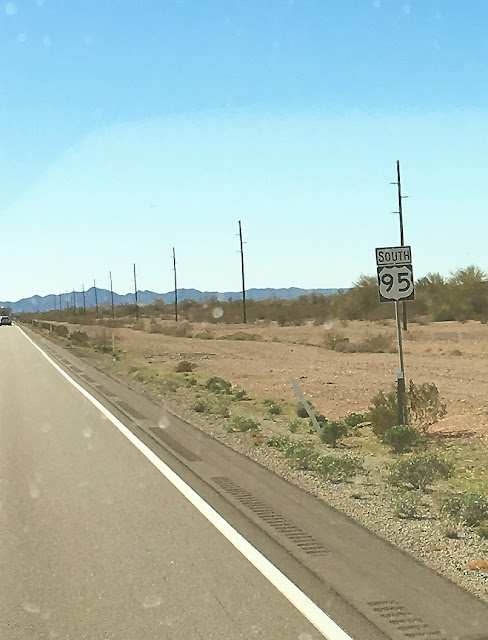 Turned down the road to Imperial Dam at the big guns on the corner. 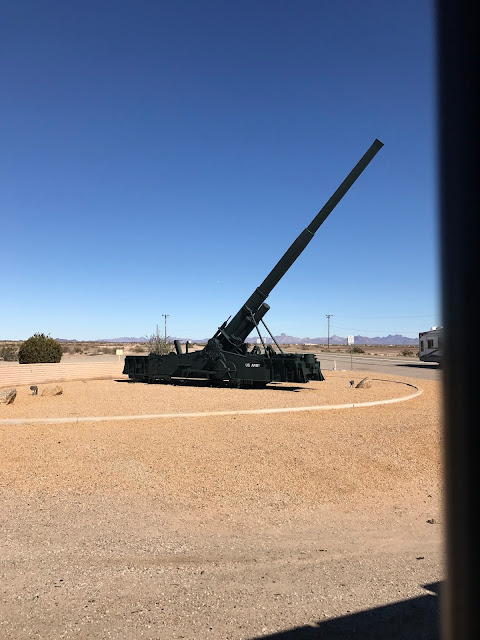 Then down the road past the Yuma Proving Grounds to Senator Wash Road. 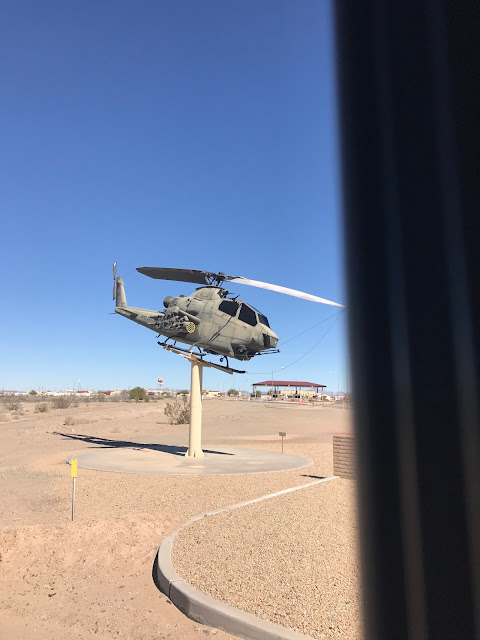 Rowdy met us at the gate and led us back to the spot he had picked. It was a real nice spot and because it was at the end of the road, not much dust.   Missy called the meeting to order and made us all put on our shorts, which had been in the closet for about a week.  This was the first really nice day in quite a while.  Wasn't long and Sue joined her and Harold and I were right behind her. 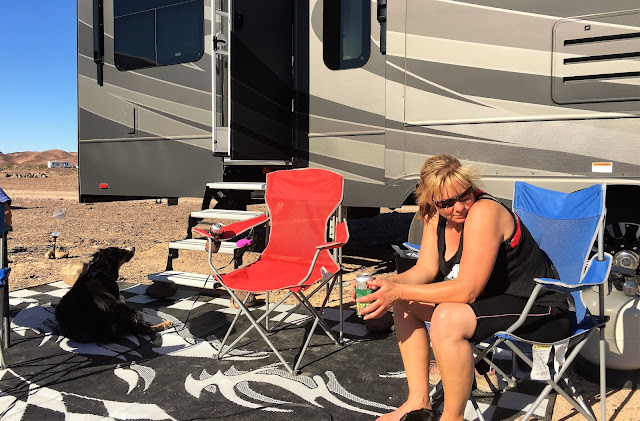 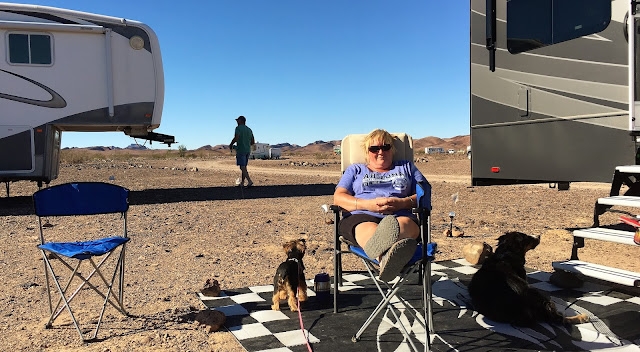 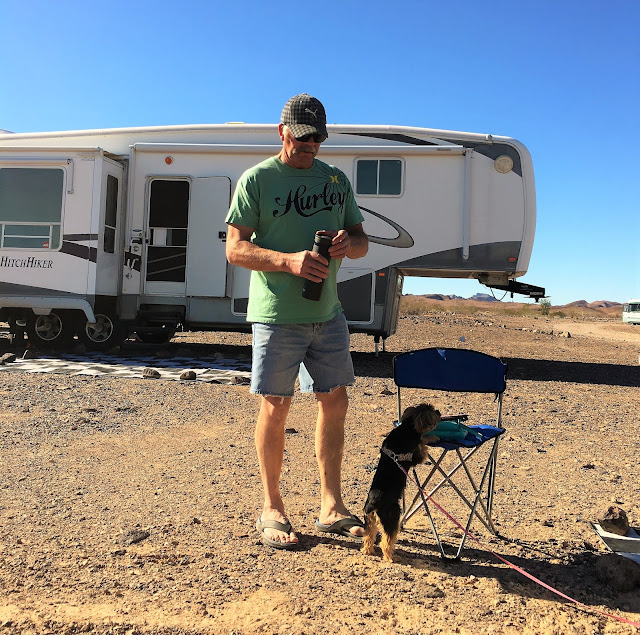 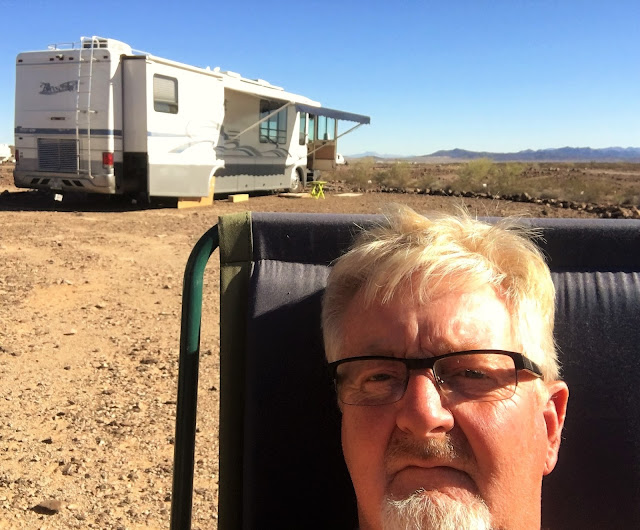 Here was our temperature gauge today.  After it being in low teens and single digits, this is a nice change. 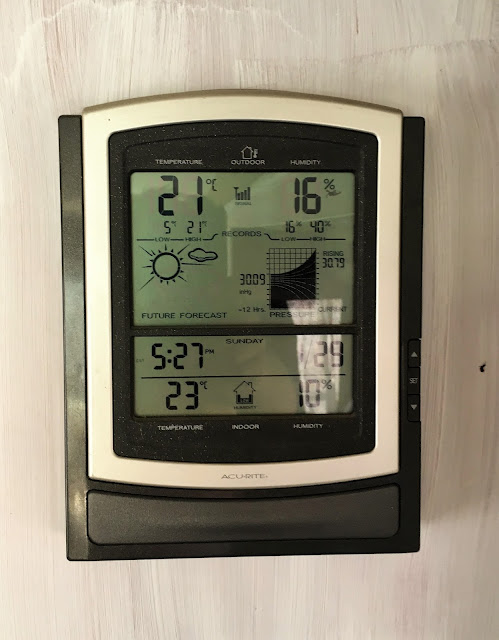 We are just going to hang around and soak this all up.

Posted by Lorne Green (A Place Called Away) at 18:54:00
Email ThisBlogThis!Share to TwitterShare to FacebookShare to Pinterest