Today we attended the Hi Jolly Daze Parade in Quartzsite.  It is a parade that involves groups of interest as well as just people who want to be in a parade.  It had about 50 entries and was very entertaining.  As with every parade the local police made a showing. 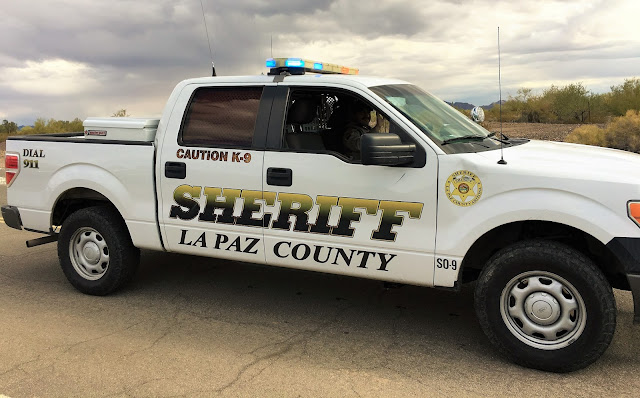 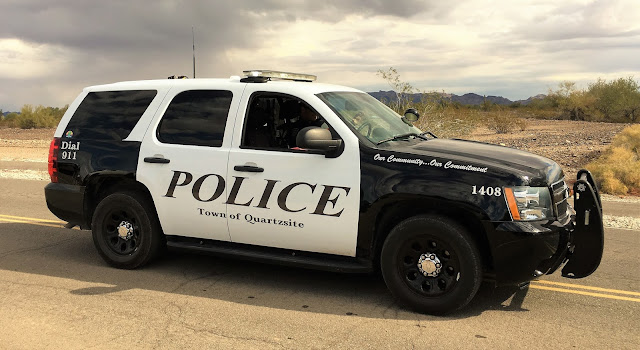 Of course what is the Hi Jolly parade without camels.  Hi Jolly or Hadji Ali  later known as Philip Tedro born in 1828 and died in 1902. Ali was one of several men hired by the United States Army to introduce camels as beasts of burden to transport cargo across the "Great American Desert." Eight of the men, including Ali, were of Greek origin. They arrived at the Port of Indianola in Calhoun County, Texas on the USS Supply.(We were in Indianola TX when we were at Magnolia Beach for Christmas.) The Americans acquired three camels in Tunis, nine in Egypt and 21 in Smyrna, 33 in all. Ali was the lead camel driver during the US Army's experiment with the U.S. Camel Corps in using camels in the dry deserts of the Southwest. After successfully traveling round trip from Texas to California, the experiment failed, partly due to the problem that the Army's burros, horses, and mules feared the large animals, often panicking, and the tensions of the American Civil War led to Congress not approving more funds for the Corps. In 1864, the camels were finally auctioned off in Benicia, California, and Camp Verde, Texas. Ali was discharged from the Quartermaster Department of the U.S. Army at Camp McDowell in 1870. You can read an interesting account about him here. 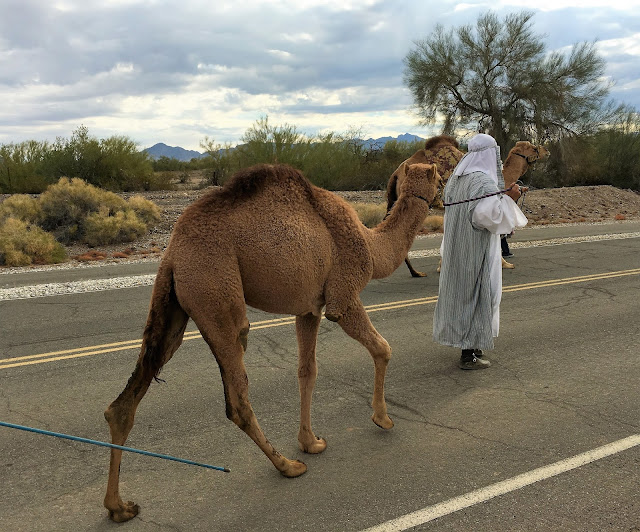 There were some neat old cars as well and everyone in them was as proud as punch to show them off.  I will leave it to you to figure out what make model and year they are. 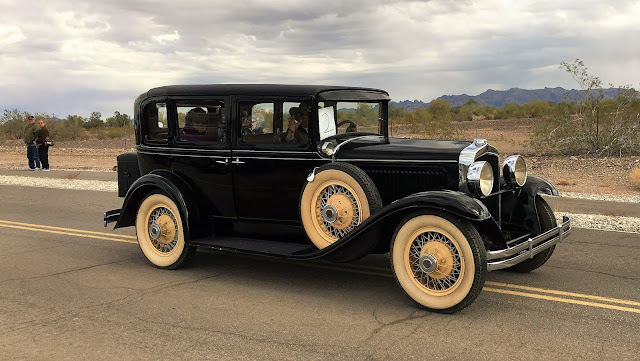 There was also a few locals pedaling their wares. (pun intended). 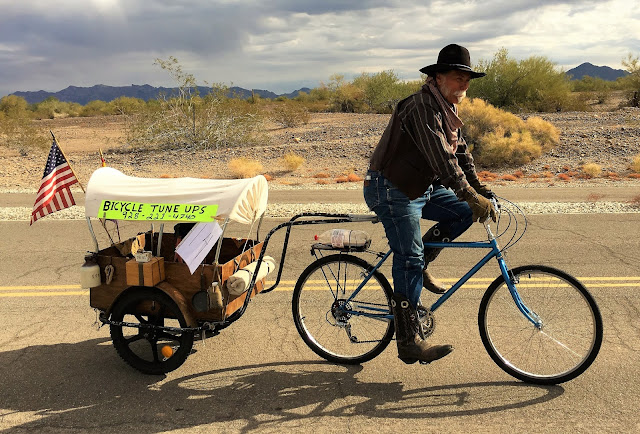 Finally was this entry which made reference to the Space Station. 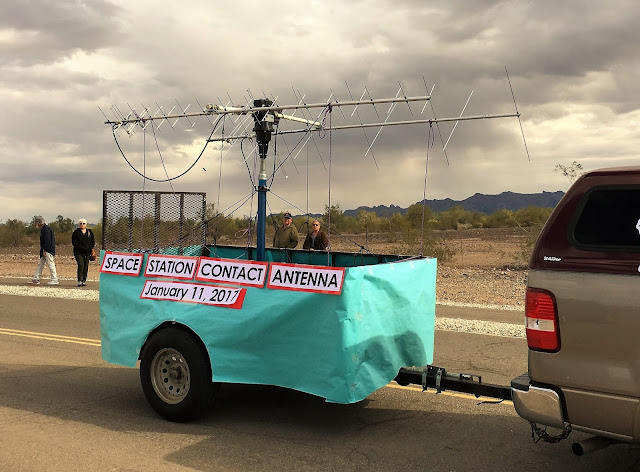 After the parade we caught up to the gentleman who was in charge of this float.  He told us he was a disabled veteran of the Vietnam war and went to Vietnam to work with communications and ended up unloading the wounded and dead from helicopters.  If you notice, he has a bird on his shoulder and it is a service bird.  Because of his disability the bird reminds him to take his pills at a certain time.  This gentleman takes this setup around to schools and sets up to talk to the space station.  Here is the youtube clip of it. We saw in the local newspaper  where the kids in Quartzsite got to talk to them on January 11, 2017, just like the sign said.  He was a very interesting gentleman to talk to and eager to share his story.


We spent the rest of the afternoon doing odd jobs around home.  Harold had a little project to do with his slide because a bolt came out of the hydralic cylinder so we had the old tool kit out for a while. 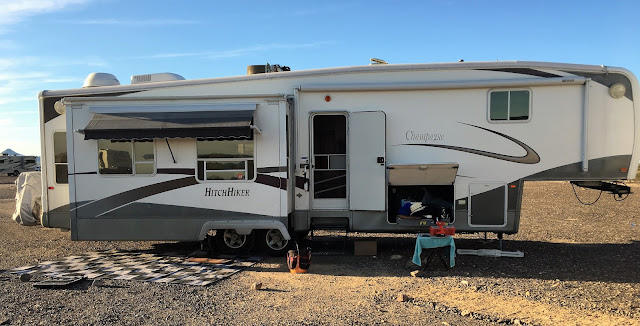 Supper was early, which made bed time early tonight.  The evenings are cool yet so we don't sit outside long, if at all, in the evenings.

Posted by Lorne Green (A Place Called Away) at 18:52:00
Email ThisBlogThis!Share to TwitterShare to FacebookShare to Pinterest