Today started with coffee on the deck.  We had to spend a couple hours catching up on the local gossip with our friends Pat and Harold from Rivers Manitoba.  They arrived last evening after a 3000 km drive over 4 days. 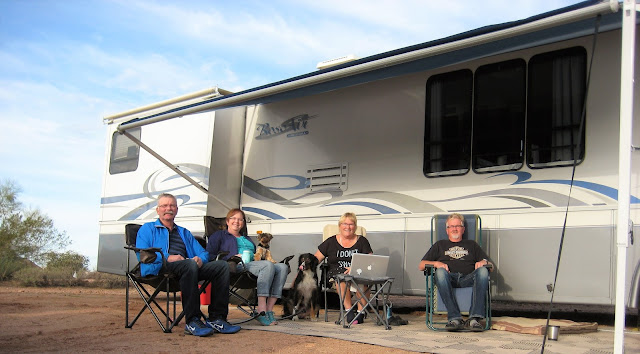 Later in the morning we headed out for Totilla Flats.  On the way we had to stop for a photo op of two old friends. 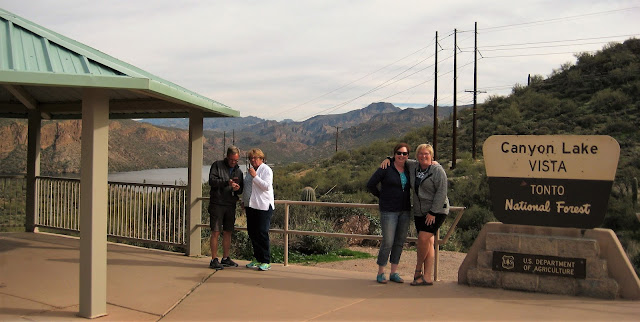 We stopped for a bit at the tourist stop called Tortilla Flats.  This old west town has a population of 6 and hosts hundreds of thousands of visitors each year.  The restaurant walls are covered in dollar bills and the girl at the front said she thought about 350,000 dollar bills showing on the walls and some of the dollars have been placed up to 5 deep, so there could be over 1 million dollar bills total on the walls. 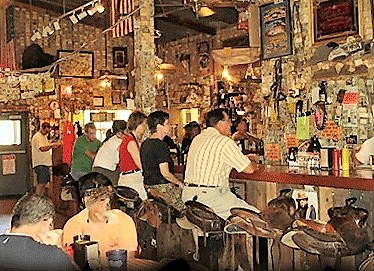 They have very interesting bar stools as well.

They say this is the last man that was hanged at the Flats but you never know. The legends run rampant in these parts.  I thought maybe he looked a bit familiar.  Hope no one from home is missing. 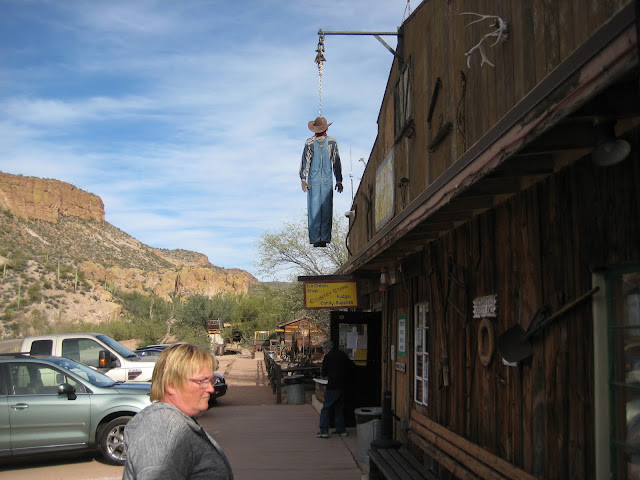 We listened to the live band for a while.  They are a lively band and I think they play here all the time.  It is a nice touch to be able to sit and listen to them for a while. 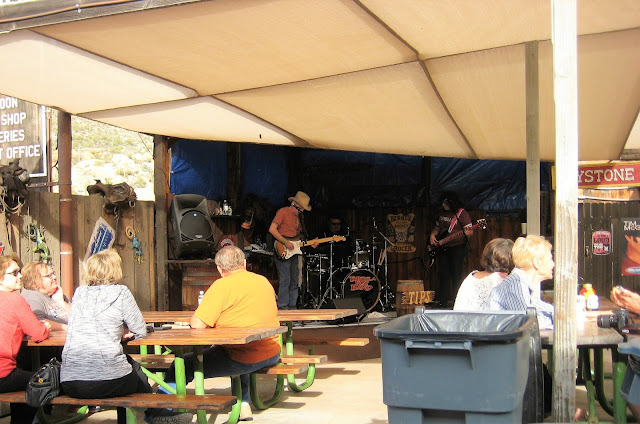 I had to grin at the sign by the door.  Apparently they have sensitive fingers because if the temperature is below 60F they don't play.  They wouldn't make it in Manitoba. 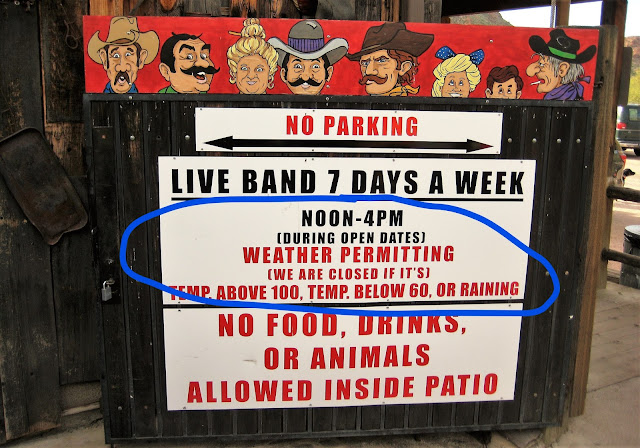 They had a cage with some baby rattlers in it.  It was neat to see them. 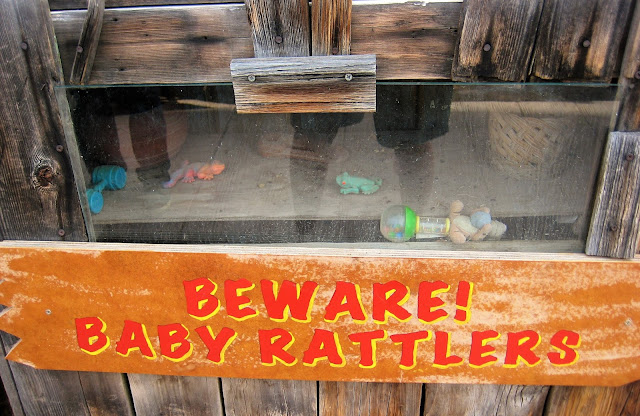 We took a drive up the road east of the Flats to drive the Fish Creek Canyon.  This is a single lane road that hangs on the side of the mountain.  You can see the road way up there in the picture.  There are a few wrecked cars in the brush half way down the mountain.  Its hard to see them in a picture. 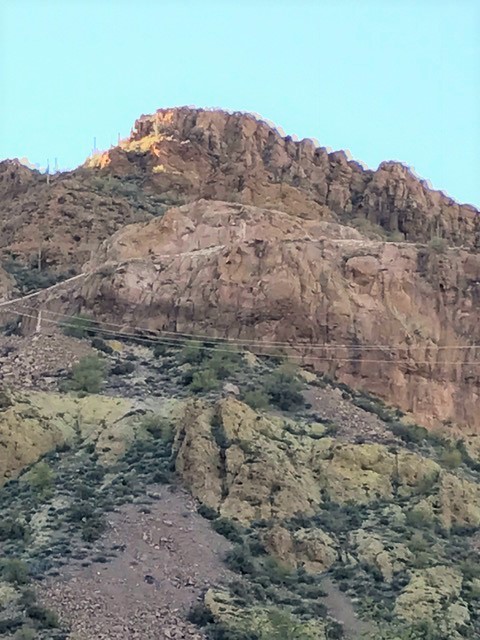 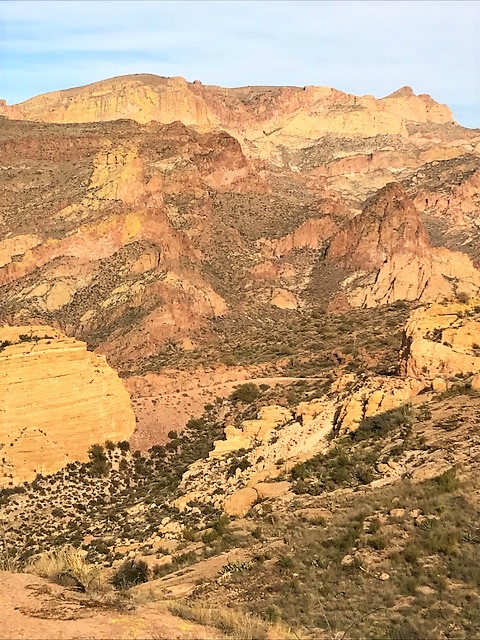 Our view has changed a little with the arrival of our friends in their 5er.  We kinda like the company. 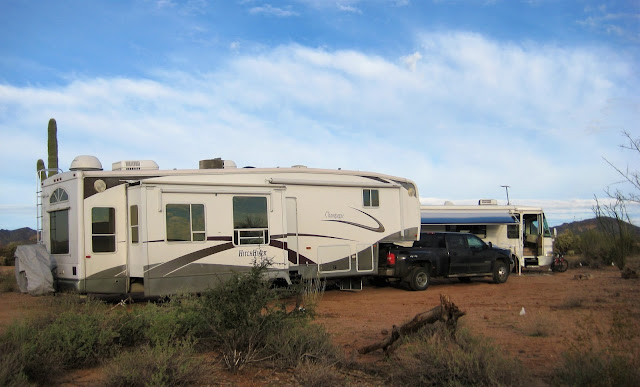 Charlie likes the company of Lexi too.  Its nice to see the two of them getting along. 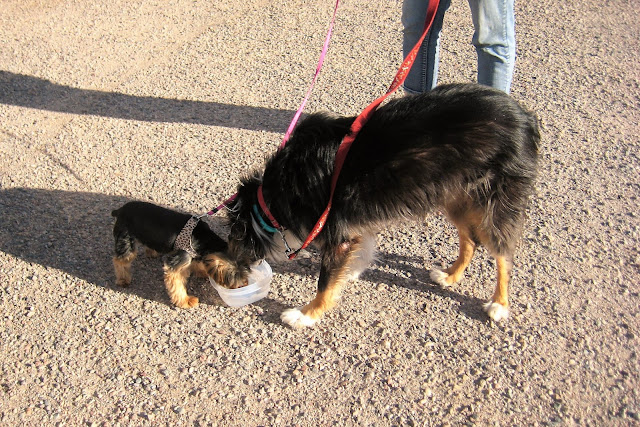 Posted by Lorne Green (A Place Called Away) at 21:46:00
Email ThisBlogThis!Share to TwitterShare to FacebookShare to Pinterest