Today we had nothing to do except wait on our Awning specialists (Top Hat Awning) to come.  Three guys arrived around 12:30 and in 15 minutes they had the awning rewound.  They tried to talk me into changing a couple of the support arms, but I knew I could fix them at no cost rather than the $100.00 they quoted me.  So I gave them $65.00 cash and off they went.  Great job for a cheap price.   At some point I will get my slide toppers redone and the price they quoted for that was $325.00 total installed for both toppers.  I doubt I can buy the material for that cheap.  If you are around Weslaco or Donna Texas and need awning work, look up Top Hat at the Wes-Don flea market. 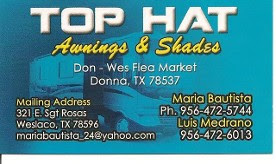 In the afternoon we headed down to Ron Hoover RV to look at some RV's.  No we are not planning on trading at this time, but love to see what is out there for floor plans.  I think ultimately we would like to have a fifth wheel, but I don't see me being allowed to get a Class 3 licence anytime soon.  They had nice selection of units and we did see one floor plan that caught our eye.  It featured a bar style table just inside the door which split the kitchen/eating area from the living space in the back.  We have never looked at this plan before and we were taken with it.

Friends of ours are looking at Class B's or van conversions and one of the things that they are finding is the price of them is not cheap.  They are way more than a 5er by almost double.  The fifth wheel pictured above was on for $57,000 and the Coachman Crossfit below was $91,000.  Now of course I know you still have to have a truck to pull the fifth wheel but I don't get it. 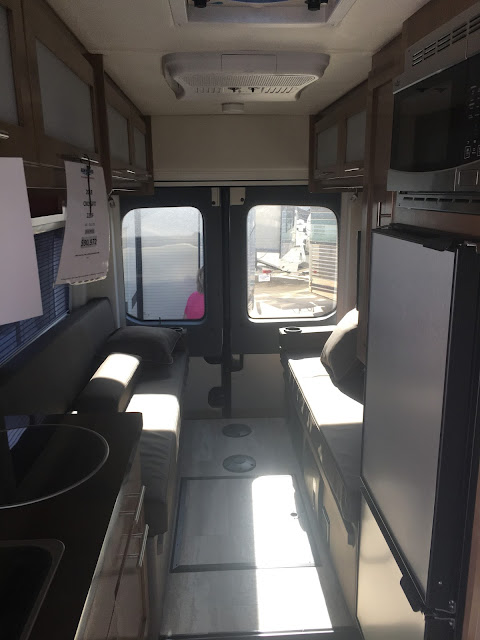 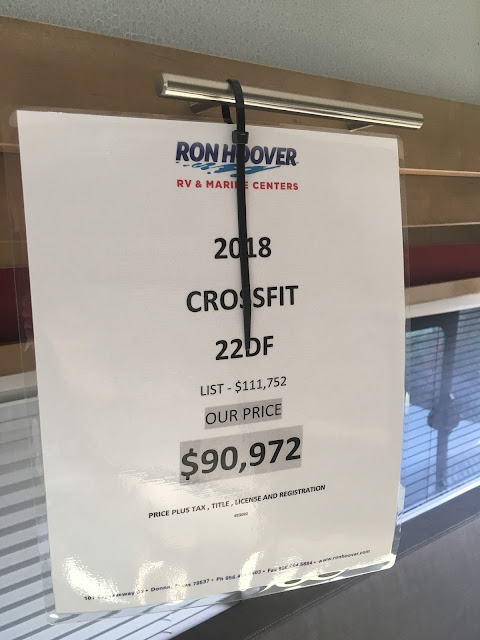 When we got home it was time to do dishes.  Sue had baked up one of her specialties and I noticed something of interest.  When us guys make something and it says half a cup, we just guess, and if it says a tablespoon, you use the teaspoon you used before and fill it twice for a tablespoon.  At the end of the day we have one spoon and maybe a small cup to wash and have measured a half dozen ingredients.  Whatever we are making seems to turn out kind of ok, but I guess there is a reason it is only so so.  Here is the arsenal that my good wife needs to make some low carb BBQ sauce. 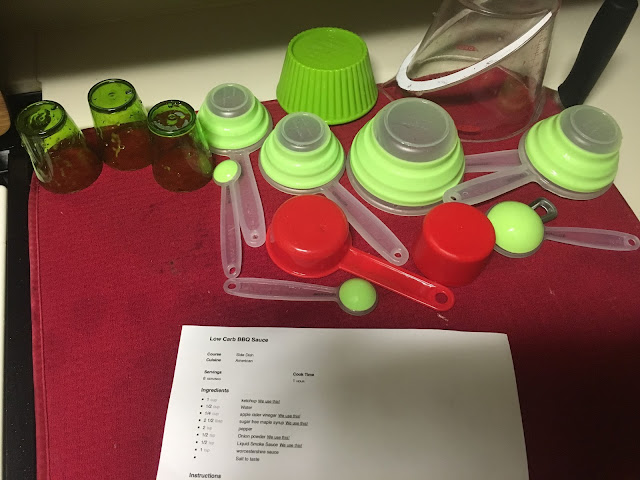 I guess that is why I do the dishes and she does the cooking and baking and does a darn good job too.  LOL

The rest of the evening we watched a couple movies.  Then off to bed.

View from the window tonight: 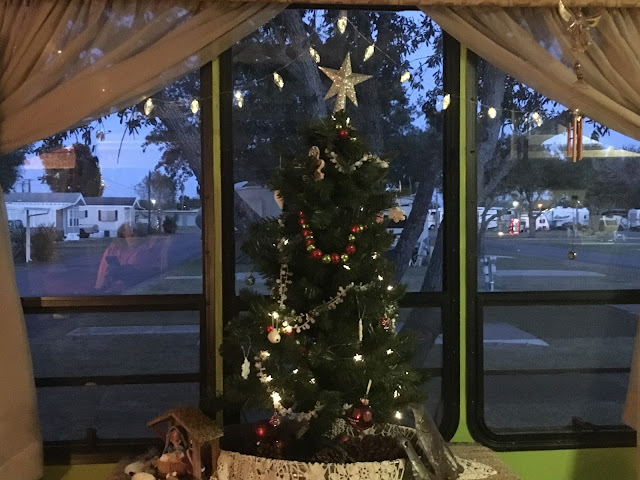 Posted by Lorne Green (A Place Called Away) at 17:20:00
Email ThisBlogThis!Share to TwitterShare to FacebookShare to Pinterest