Turn at the Moose!!

A friend of mine saw this on a blustery morning and thought it was truly a Canadian sign.  Now I'm not sure how many of my readers can identify where this sign is, but if you know or want to guess, leave a comment.  By the way I would know exactly where to find this Tim Hortons!!!!  Just turn right at the Moose!!! 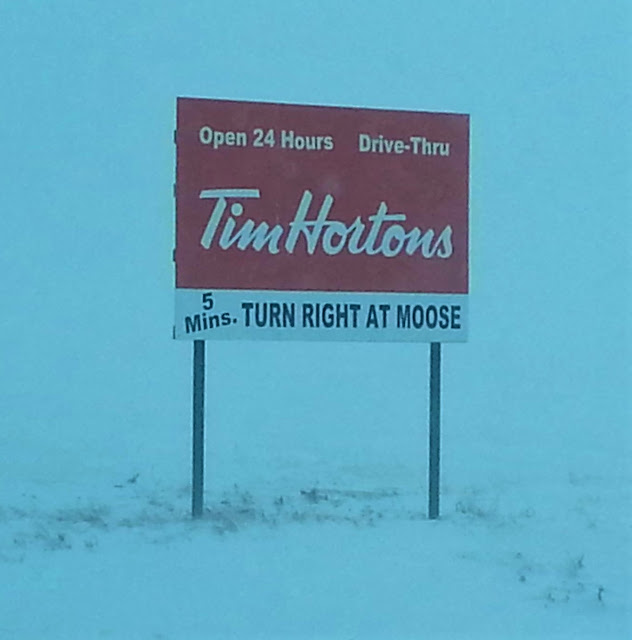 We jumped in the truck with our newly discovered friends Chuck and Angela and headed in to Port Lavaca to a Mexican Restaurant named  La Antigua for lunch.  This would be a test for my newly recovered stomach after spending all yesterday in bed. 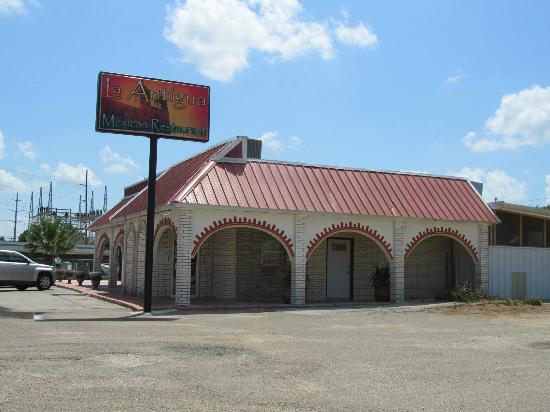 Nice little restaurant with lots of murals on the walls and friendly waitresses and a great big menu. 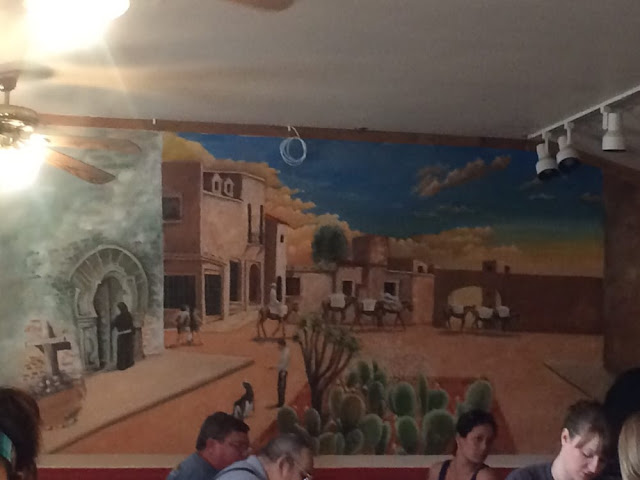 Now being from Manitoba you have to realize that there are a couple things we don't know much about.  One is seafood because we are 1500 miles from any ocean, and number two is Mexican food, because we are 2000 miles from Mexico.  So believe me, it took us a while to decide what we wanted and our waitress was very patient in explaining everything to us.  Susan ordered the Deep fried shrimp stuffed avocado.  Now that sounds like seafood AND Mexican.  She covered all the bases.  I ordered ground beef enchilada plate.  I'm not one to push the limits.  They were both fantastic meals.


I still have a little trouble with the visual presentation of the refried beans and often wonder why we don't just eat them fried the first time rather than re frying them?  Isn't that like leftovers?  And who had them the first time around?  Hmmmmm

Anyhow across from us were a couple ladies who were obviously best friends out for lunch.  I don't think they were centurions, but darn close.

The first question we had was what brought them here, and we decided that it wasn't hairdresser day because no hairdresser in their right mind would let these two out of their shop with a doo like that.  So we decided that they must do each others hair and then head out shopping and for lunch.  They were chattering away, and the funny thing is they both were texting away the whole time they were talking??  Like a couple school girls.  So funny.  Now what happened next blew me away.  Now if you look at the cushions in the booths, you will realize they hold a lot of air and the cushions from one booth must be connected to the cushions in the other booth.  Now a big man came in for lunch and decided to sit behind the blonde lady.  Well he plunked himself down with vigor, anxious to get lunch in him so he could get back to work.  Well when he did, the blonde lady went airborne.  Arms in the air and it lifted her without a word of a lie, a foot off her seat.  She let out a squeal and when she came to rest back where she started without a hair out of place, her and her silver haired friend  both started to laugh.  It was so funny to watch them totally enjoy the moment, when most cranky old folk would be mad as a hatter about it.  They giggled for a couple minutes and pointed and hee heed, then they continued texting like nothing had happened.  I hope I am like that when I get to that age......(don't say it!!!)  You can't buy dinner entertainment like that anywhere.

Now most families have a rule that if you don't eat your dinner, you don't get dessert.  Not in our family!!! You just put dinner in a doggy bag and feed it to the dog later and go ahead and order the biggest thing on the menu.  We had to try the deep fried ice cream and although it was good, it is not nearly as good as what we serve back at CJ's in the park.  It had mostly whip cream to make it look big.

After lunch we headed over to Ace Hardware to pick up some things.  Sue and I have been talking about what we will do for Christmas here, and I suggested we just do stockings.  I dug out my stocking, 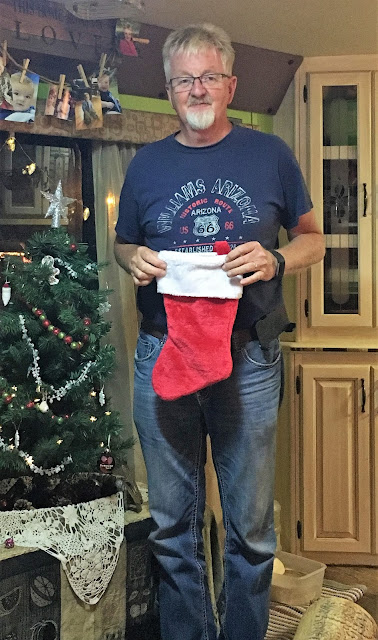 but we couldn't find Sues so we decided she will have to buy one.  Well she found one today at Ace Hardware!!!   Not sure how fair this is but oh well!! Later in the day our friend Susan from Magnolia Beach stopped by to say so long with her dog Champ.  They visited us almost everyday we were on the beach.

The view from our window today. 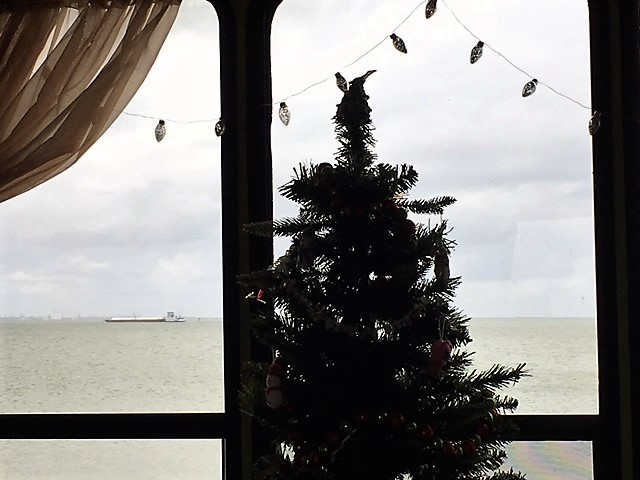 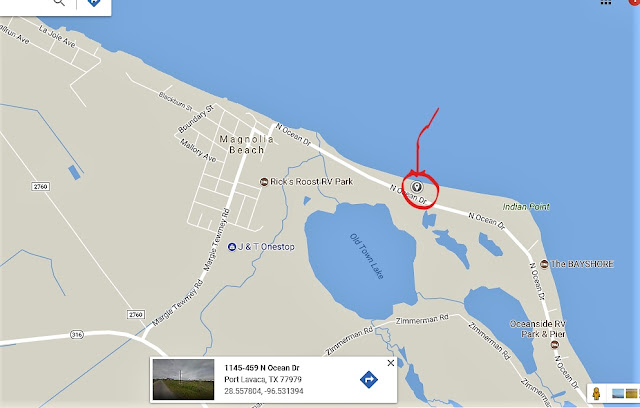 Posted by Lorne Green (A Place Called Away) at 17:46:00
Email ThisBlogThis!Share to TwitterShare to FacebookShare to Pinterest